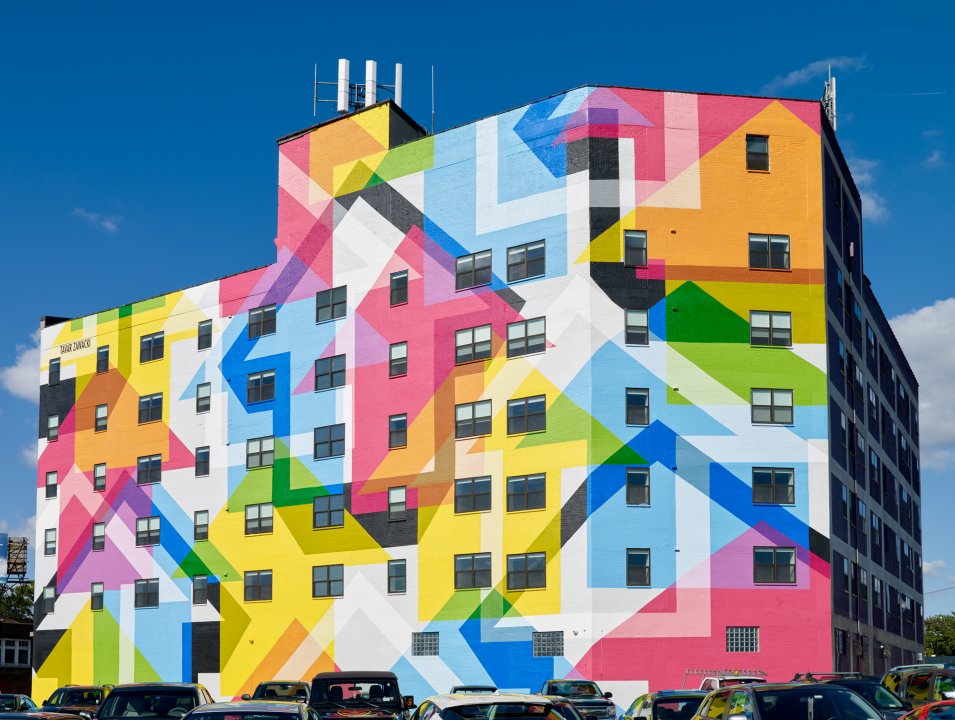 Tavar Zawacki, Formerly Known as Above

Whilst many in the street art world will recognise his name as ‘Above’, an artist whose innovative and anonymous stencilled murals pushed the boundaries of location and dimension, Tavar Zawacki decided to unveil his identity in 2017, beginning to create work in his ‘new guise’ - himself.

Anonymity is an interesting concept in street art. It’s both utilitarian, as it stops illegal activities being traced back to an individual, as well as a mask, an identity that an artist can conjure of themselves, where they are in the shadows, spoken for only by their work. This separation of artist and art can be important in some cases. Look at Banksy, for example. There are rumours of his identity, but what matters is that makes art, not who he is. Should his identity be unveiled, his art will suddenly become imbued with loaded preconceptions - a subtle form of stereotyping that permeates individuals in the spotlight.

Working as Above, Zawacki made some of the most eye-catching stencilled murals of the early street art boom, expertly utilising the environment by making his pieces interact with the living world, giving them a kinetic sense of being alive, a living and breathing part of the scenery to be interacted with, rather than looked at from a distance.

His recognisable stencilled pieces co-existed with his motif, an upwards facing arrow that alludes to his identity. This kind of icon - simple, bold and recognisable - is commanding. The emphasis he put on them, covering whole walls and facades of apartment blocks, made it feel like something really was above. Was it? Maybe he wanted us to slow down and look up, to situate ourselves in the immensity of our surroundings. Maybe he wanted us to wonder what else was out there or that life itself is looking up. Maybe, it was just a bit of a joke. 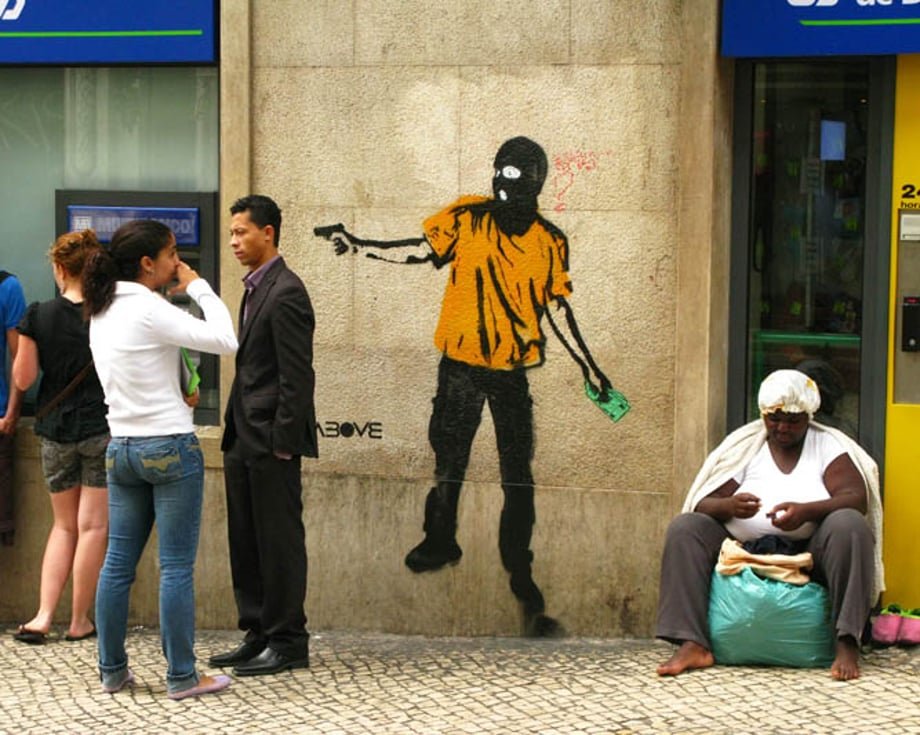 His murals and the arrow both shared a common wit, a subtle humour that could easily be missed, but which would make you think nonetheless. They were aided by the mystique around his identity, a commonality created in the piece of the puzzle that was missing. In revealing himself, dropping the mask, Zawacki has become somebody else. The question is, which personality is more truthful? Was he his unrestricted self when hidden? Does his new art have to be more protected now that there’s a face attached?

Only Zawacki can answer that, but one can never truly know themselves either, which makes this 'new' personality all the more intriguing. On this change, his metamorphosis, the artist said, “My decision suddenly liberated me, as well as opened up creative ideas to a seemingly unlimited expansion of new opportunities. I see a new foundation to expand upon, free of any artistic restrictions, and my curiosity to push my creative limits to new, higher levels.” 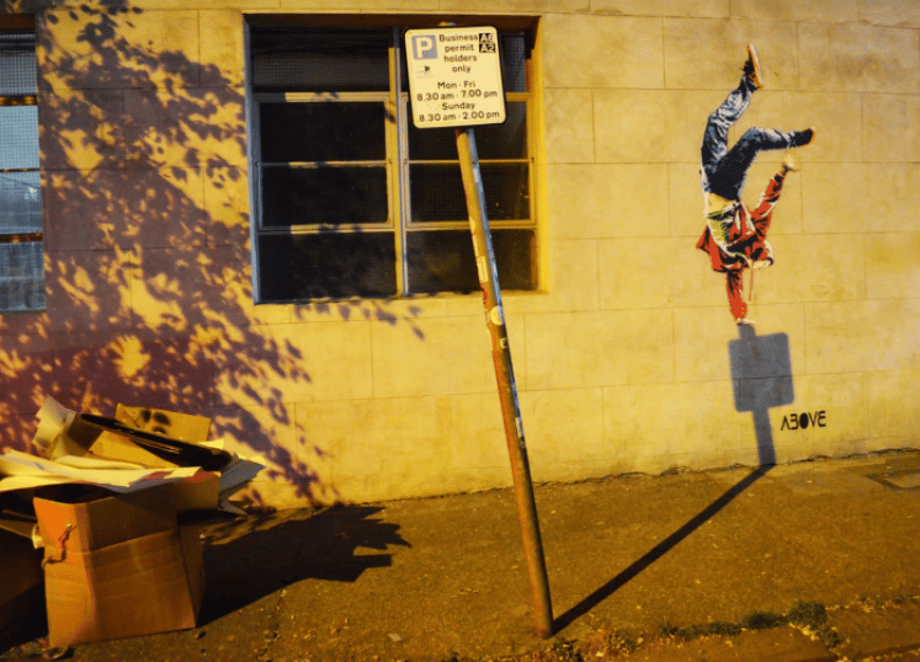 Embodying change meant proclaiming it, which led to his Metamorphosis exhibition that same year, signifying the shedding of a skin. On the contents and process involved, Zawacki understood the need to confront his past artistic life and reconcile that with a maturing set of personal goals:

Metamorphosis is about transformation from one state into a newer dynamic one. With a lot of brutal honesty, and conviction for growth I was able to take inner inventory of what no longer served me. I was able to let go of the fears that were stifling my creative progression. I was prepared for feeling uncomfortable during this metamorphosis. I was learning how to unblock my personal censors, and be valiant in painting the styles of works I’ve previously been too reluctant to paint.

In reaching a zenith of creativity under the ‘Above’ guise, the artist reinvented himself completely, moving from a street-based artistic style to one more suited to the gallery, allowing him to experiment with style, medium and format, creating complimentary pieces designed to be experience in the company of the other, an immersive and all-encompassing approach that had hitherto been impossible. 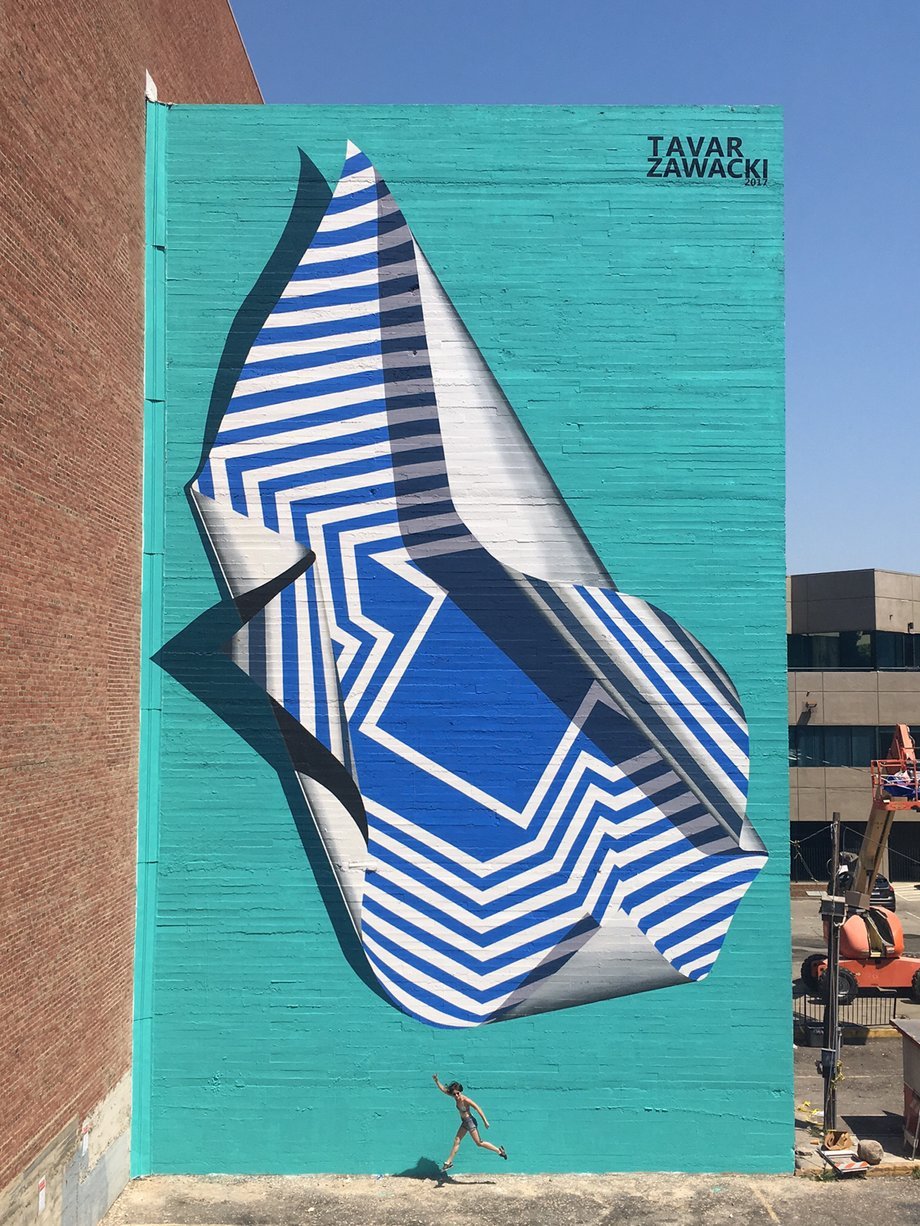 The shift wasn’t a complete departure. The arrow motif is still present and the bold graphic aesthetic sensibilities as impactful as ever. During the coronavirus lockdown in 2020, Zawacki spent hours a day in his studio in Bali, painting a series of over 50 pieces that felt personal to him, in composition and colour, communicating how each day felt and allowing him ample time for reflection on the coming together of two ‘personalities’.

Now he has reached a new point, with his abstracted pop style that combines elements of illusion with a simplicity that feels like peace-of-mind, an artist who, after shedding his last one, finally feels comfortable in his own skin. 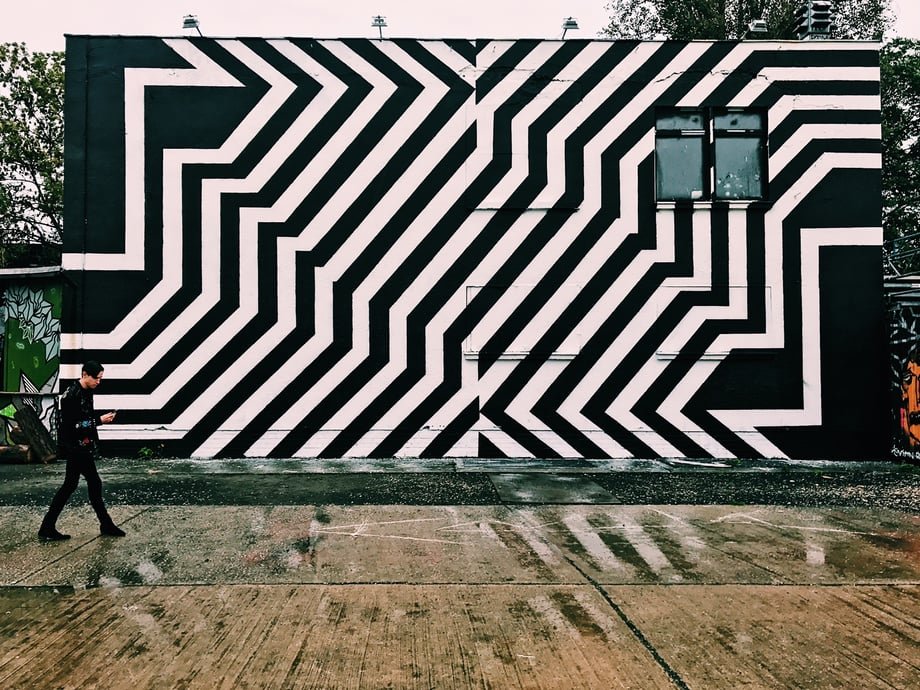 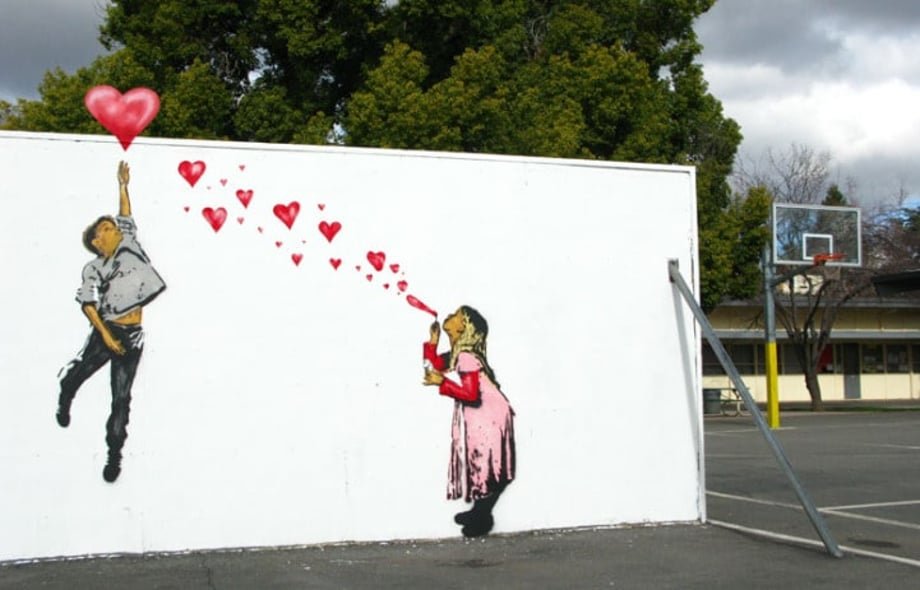