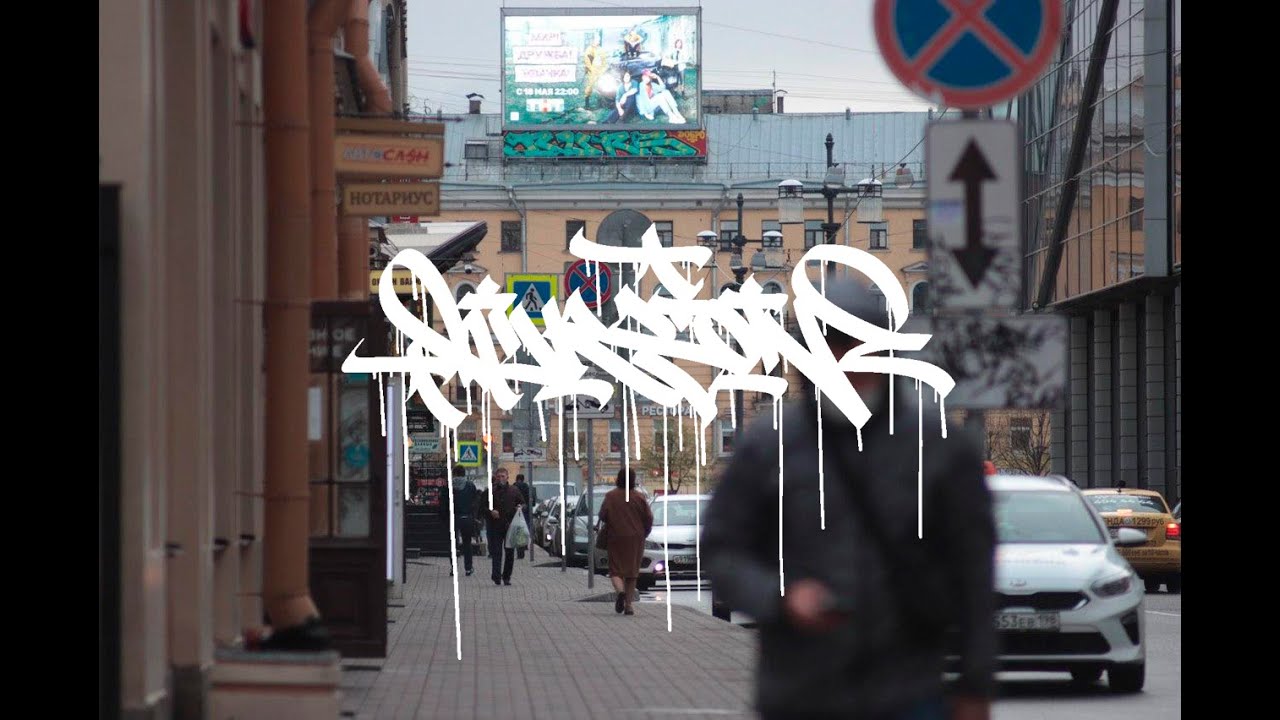 It’s hard not to be drawn to Bursone’s style of graffiti. The Russian writer embraces the form in its most purest sense. That means its most raw. Rounded, jagged, whatever a tag takes, the writer embodies everything about the spirit of graffiti that we should celebrate.

As we watch street art increasingly encroach on the mainstream, it’s refreshing to have writers still going out there, breaking into train yards, scaling rooftops and perfecting their ‘in and out’ game to leave something behind - that something, a perfect storm of composition and ‘fuck you’.

Oscillating between Moscow and Saint Petersburg, Bursone is a writer in the classic mould, going for maximum impact and exposure. This usually means finding ways onto rooftops in the dead of night, urban canvas' illuminated only by torch and phonelight.

In these scenarios, speed is the key. Painting vans, trains and buildings, under the noses of the CCTV cameras and politsiya, means that Bursone has to remain hidden in plain sight. A regular feature in videos shot around his homeland, we get an insight into the process, but also the cultural nuance in Russia that you might not see elsewhere. We understand Bursone from a distance.

For example, painting around Europe, from graffiti’s hubs in Paris, Barcelona and Lisbon, one is up against the expected elements of illegal or semi-legal activities. Be hidden, be anonymous, get the job done. In Russia, you have all this, plus the hugely troublesome weather conditions. Freezing, or well below, is just one more thing to contend with.

These unfavourable conditions, gloomy to outsiders, is part of the inspiration for the artist. It’s a way to escape the void, removing the pillow the so many similarly alienated figures have spent years screaming into. His response is to weaponise the spray can and the trusty paint marker, both of which he shows incredibly intuitive technique with, testament to his time spent which each in his hand.

On top of that, the creativity on show also highlights how much of his creations incubate in his mind. There’s a cerebral element, forged by the cold, highlighting the innate response to being in love with a form of expression that has been outlawed. Contradictorily, it is precisely because of the outlawed nature of graffiti that keeps artists like him coming back. It is and always will be art’s most genuinely disruptive and insular manifestation.

A street calligrapher, Bursone is one of Russia’s most prominent artists, although nobody really knows who he is. But it’s a part of the world that Western media still rarely talks about, beyond the obvious headlines. Perhaps now is the time to take a more nuanced approach. Maybe now we should understand Russia through the people that are making it great.

July 4, 2022
Disneylexya - Our Dreams Are Made of These
Spiritual muralism from Valencia.
Edd Norval