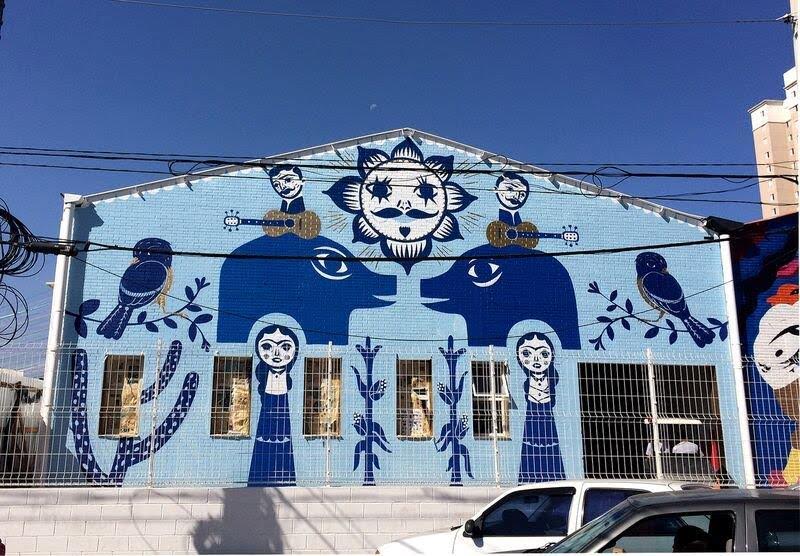 Brazilian street artist Speto is one of his country’s artistic pioneers. That says a lot, considering the pedigree of his peers, from Os Gemeos to Nunca, Brazil has produced some of the most interesting international figures in the emergence and evolution of graffiti and muralism in populous urban areas.

By existing in heavily populated areas of Brazil’s numerous metropolises, Speto’s art is deeply indebted to the eclectic spaces where cultures clash and coalesce. Graffiti itself grew in Brazil as a part of punk and hip-hop culture, themselves composites of rock, metal, rap, New York, Paris. When graffiti made it to Brazil and into Speto’s early teen consciousness, it had already travelled halfway around the world to get there.

That doesn’t mean that it was prepared for Brazil, though. There are very few places in the world like it. The fifth largest country in the world, taking up over 5% of the world’s entire landmass, it is a true melting pot of cultures, from the indiginous peoples to the numerous swathes of immigrants that have made their way there over generations to call it home.

It’s in amongst this cocktail of places, people and ideas that Speto emerged, a product of São Paulo’s various musical scenes. Enthused by the rhythm and urban diction of hip-hop, Speto actually took his name from the Sex Pistol’s Sid Vicious. Bringing the two together, he found common ground in the beauty and technical excellence of simplicity. Punk, in all of its chaos, can be captured in a few power chords. Hip-hop, likewise, needs a beat and some words. 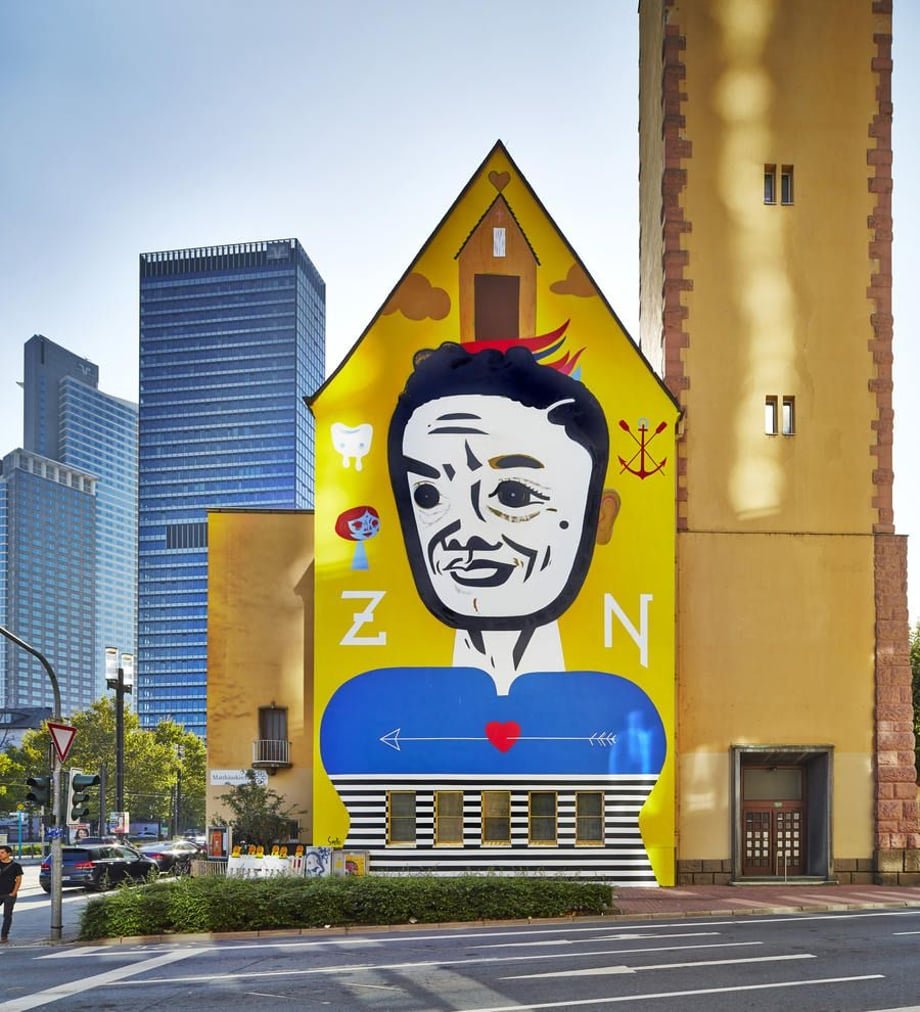 Taking this approach to art, prizing the craftsmanship involved in making something seem effortless, Speto began making murals in a very simplistic, almost primitive style, favouring a technique that could best be compared to woodcarving. His earliest works weren’t to be found on the streets, but in skateboarding magazines and record sleeves, testament to the cultural crossover that was taking place in Brazil during the latter years of the 80s.

Working with O Rappa at the time, painting live during their gigs, made Speto’s art undertake a more fluid vernacular, pushing the artist to get in touch with the tactility and evolution of his brush as a means of reflecting the culture and performance, around him. During this time painting became a meditative and expressive act in and of itself. Painting live, in front of an audience already enraptured with the music, Speto learned to make his work bold, clear and impactful. Continuing to develop his art in this vein has led to his signature style, a way of working that feels innately Brazilian. 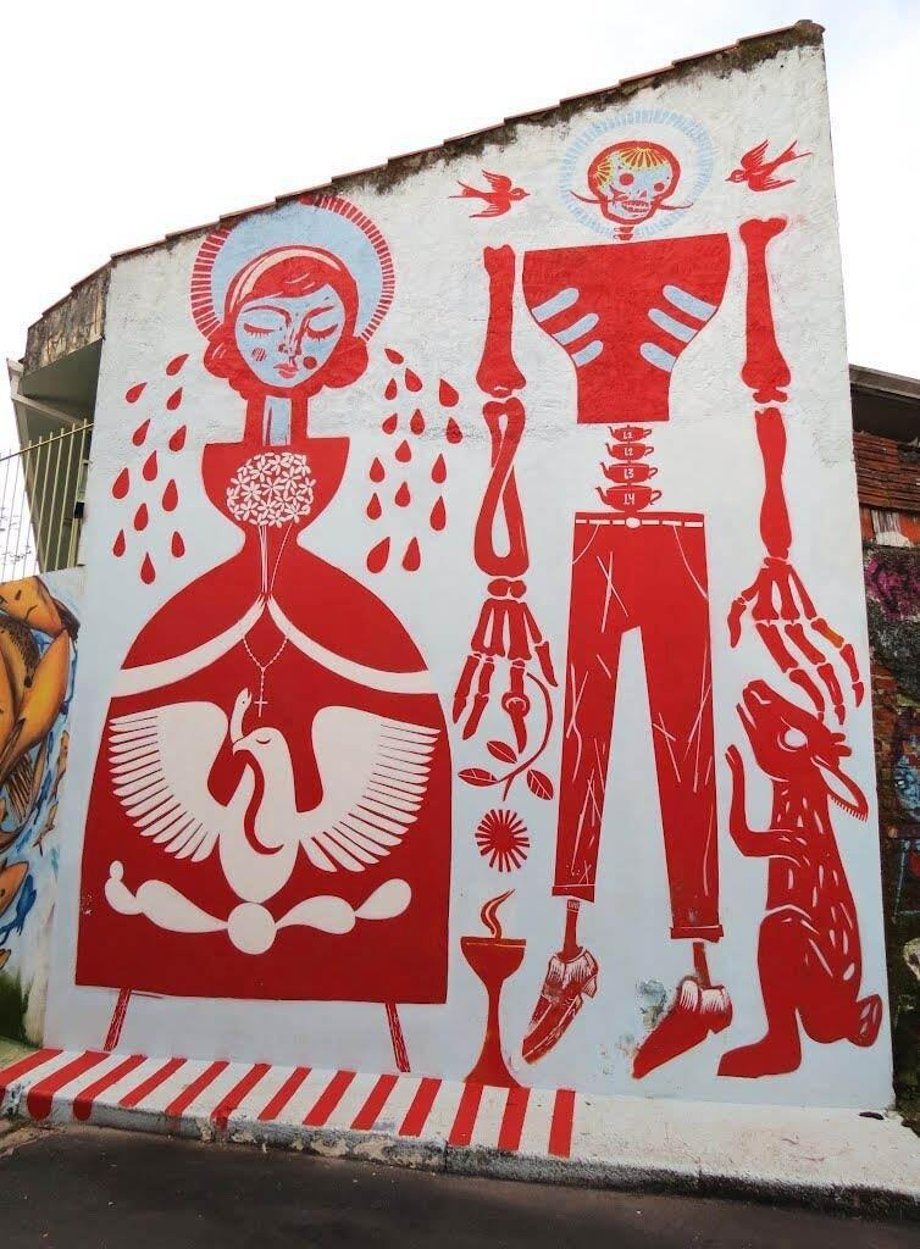 Enveloped by samba, football, Catholicism, Speto’s family and his neighbourhood, the life that went on around him began to seep into his work as he engaged thematically with his homeland, painting his experience of Brazil into what has amounted to deeply symbolic, personal and representational folk art.

Speto is the glue that binds these disparate cultural cornerstones of Brazil together. Having created work for Coca-Cola, he’s just as inspired by Cordel literature - small magazines sold by street vendors around the country. Increasingly engaged with social and global issues, Speto has himself become a part of his country’s culture, once its documentor, he has now become enmeshed in the very stories he has spent his career telling. 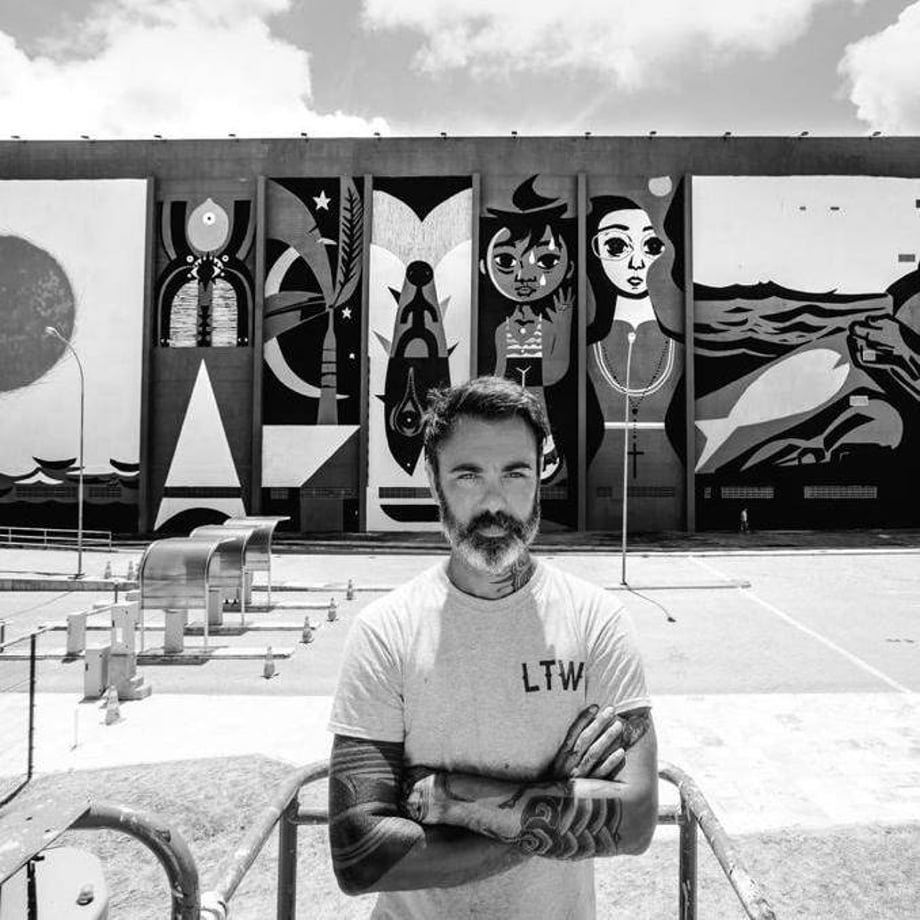 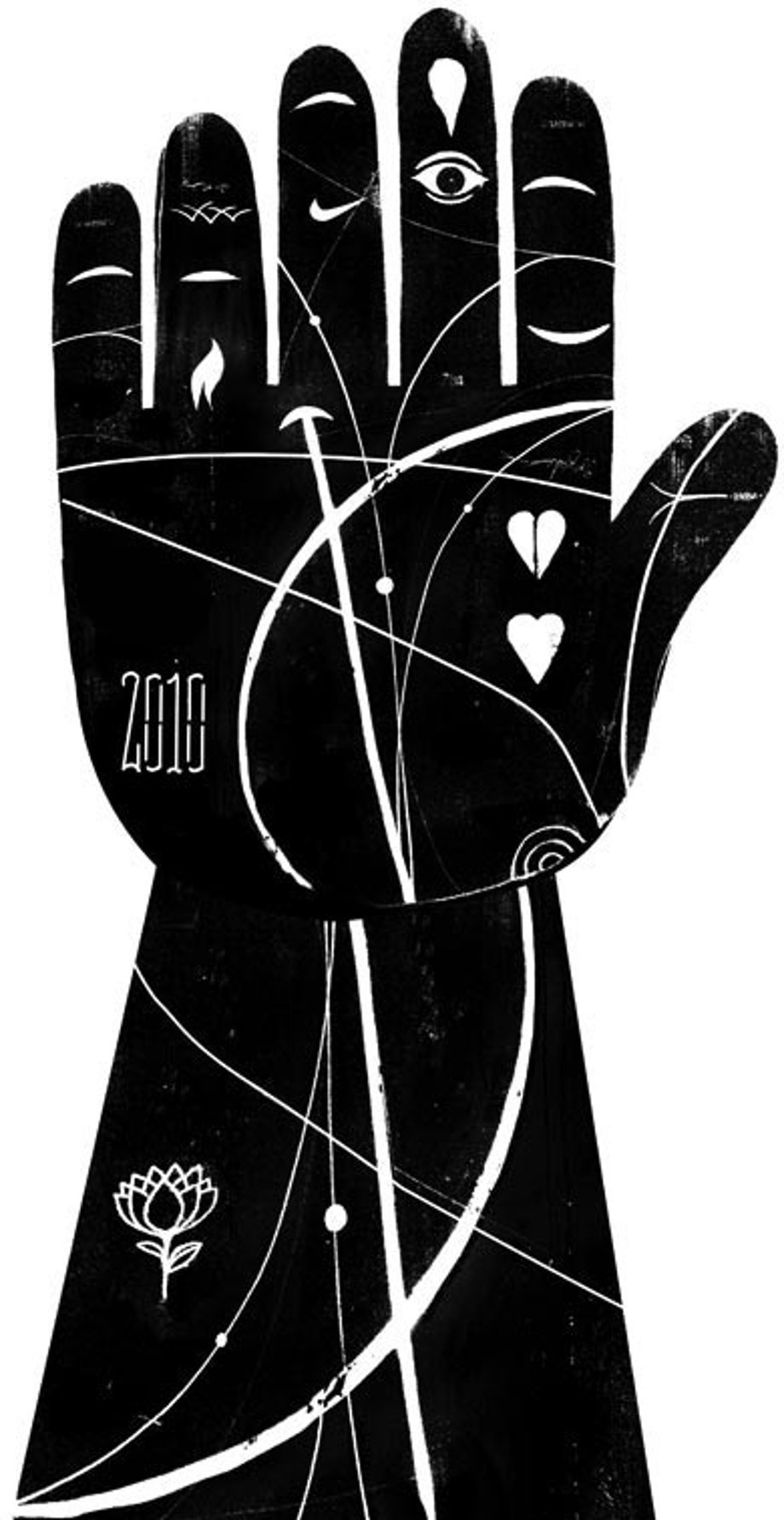 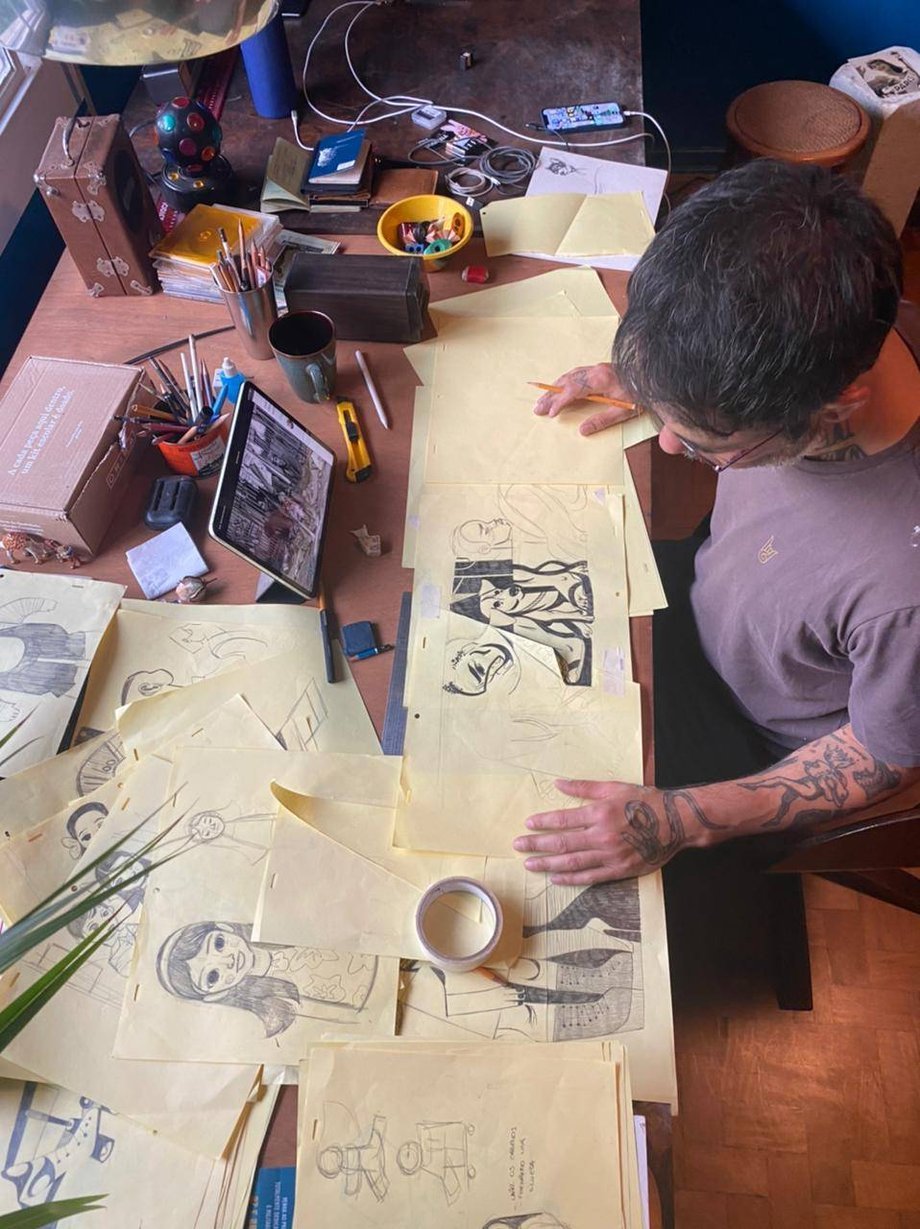