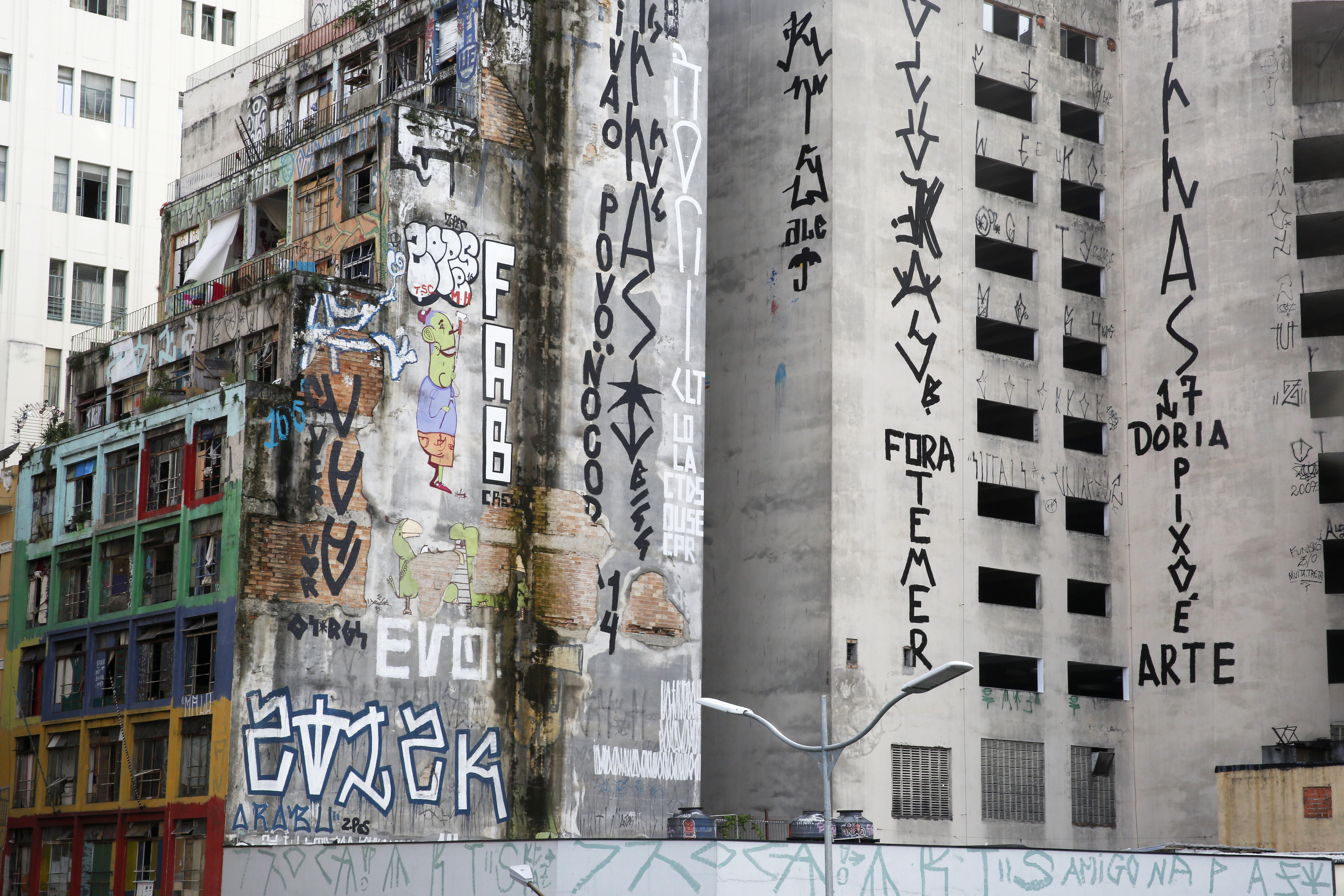 Pichação is formed by rage - a roaring fire against the corruption and inequality that drip down from the top of Brazil's government. Inspired by heavy-metal lettering, those practicing the art-form (pichadores) risk their lives to make sure people don't ignore them.

The aim is visibility - at all costs. São Paulo is one of the world's most highly-populated cities. The intense concrete jungle has a jagged skyline of tall buildings that erupt from the earth like nails through a baseball bat. It's an oppressive environment - the heat, the police, the architecture and the poverty. A lot of people have a lot of things to say - only no one wants to listen to them.

Graffiti artists, often on the vanguard of political expression, have chosen to literally shout from the rooftops using the enigmatic and aggressive style of lettering that defines pichação. Developed under-the-influence of heavy metal typefaces, the lettering uses the tall buildings like a biblical scroll to spread the gospel of the streets.

Visibility means risk - both personal and at the hands of the brutal police-force that rule with an iron fist. First of, to get to some of these places means having a crew that can help you get into the buildings, many of which are subject to tight security, and then get out onto the facades. To do this, improvised equipment is utilised that aid the process of climbing and abseiling. Don't think this is any kind of hi-tech gear though - we're talking wooden boards with rope attached to either side for the artist to sit on - it takes dedication and bottle to become a face in the scene. The problems don't always end there though. The time it takes for the tag to be completed gives the police bountiful opportunity to get over there and wait on the ground - eventually they have to come down. When they do, they're swiftly removed from the premises. 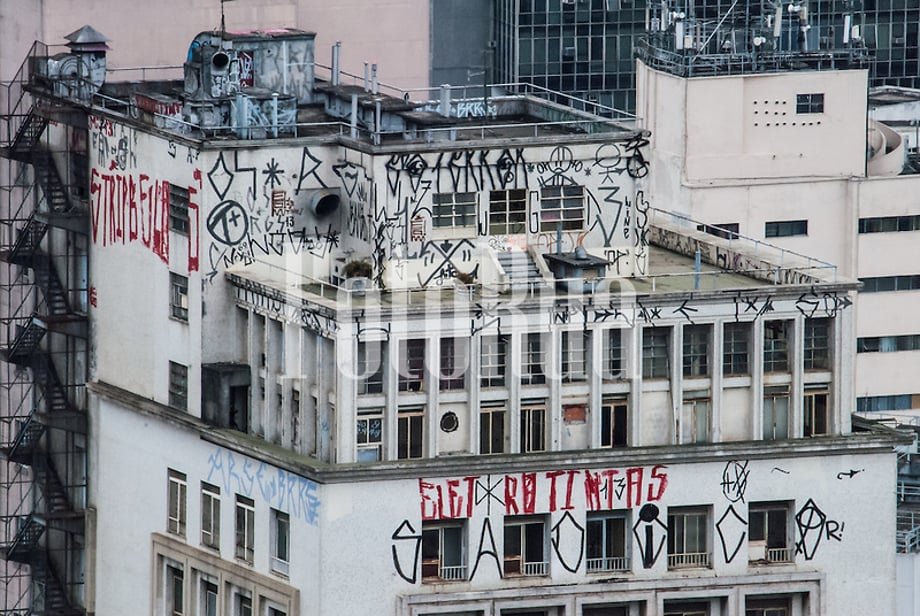 The name comes from the Portuguese word for tar (piche), the paint of choice for the early pioneers of the form. The point was that these words will never be erased - no matter how much power or money you throw into it. Now a rubber-based thick black paint is the go-to, still the point remains - it isn't going anywhere.

The gulf between those who have and those who have not is startlingly present in São Paulo. There has been no attempt at disguising it, so this is part of the attempt at redressing it. The ubiquity and scale of the tags means that everyone can see them - finally, they're being paid attention to.

Being the financial capital of Brazil, wealth is often manifest in the grandeur of buildings. The skyscrapers have a view of the city and beyond. That beyond tends to be shanty towns - shacks thrown together with corrugated iron cladding and basic brickwork. Forget having protection from the elements. The only way these people sleep is by getting used to it - learning to get your 40 winks without monsters appearing seemed like the biggest challenge as a child. Now these kids have grown up and realised that the monsters are real - that's why they're fighting them in their own way. Hip-hop, dance, art, graffiti and pichação. 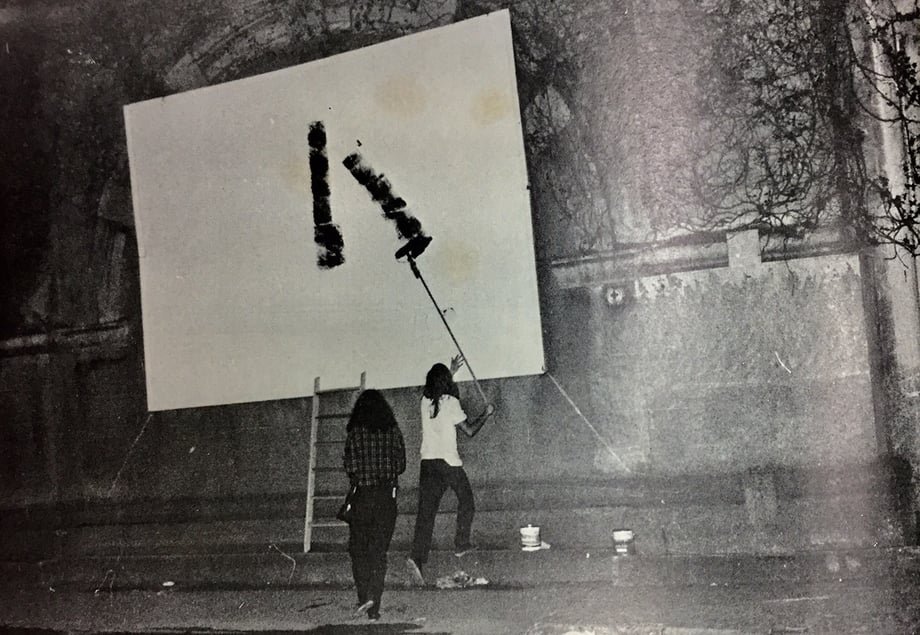 The root of pichação comes from the 1940s whereby people would respond to political slogans daubed on their cities walls with some of their own. Usually derogatory and of a crude or sexual nature it developed over the decades to become a cross between this and the tribal warfare that defines crew-led tagging in most major cities of the world. The difficulty of reading the typeface means that it's both an internal language - a secret code the taggers use to communicate with each other and a form of clandestine targeted advertising - writer's reputation is just as important. It's not just other writers that can read it, but people in power and people in the police that have developed an eye for the style - fearing that it may have been aimed at them.

The all-consuming feeling of hopelessness bred into the poorer sections of society is mirrored on the walls. The paintings are everywhere. If you want the city to look beautiful, think again. There is a small section of society, the pichadores, that will make sure their name will always been right there in front of your eyes like a newspaper headline screaming for justice and attention.

Buildings then begin to lose their totemic power, being dragged back down to earth by the runes that lead to their ruin. Moloch has been slain, or at least is bleeding profusely. If you've seen Spider-Man, you can begin to envision the way that the pichadores scale the buildings. Often when doing it this way, there is little to no safety equipment to break a potential fall, instead they utilise the outer pipes and window ledges to make their way upwards. This can and has been fatal. Why are they taking this risk? Maybe they see the risk of instant death brought on by a fall to be more glorious than the slow one that city life has prescribed. Maybe it's just that their anger, having reached boiling-point many times over, necessitates action without regard for consequences. 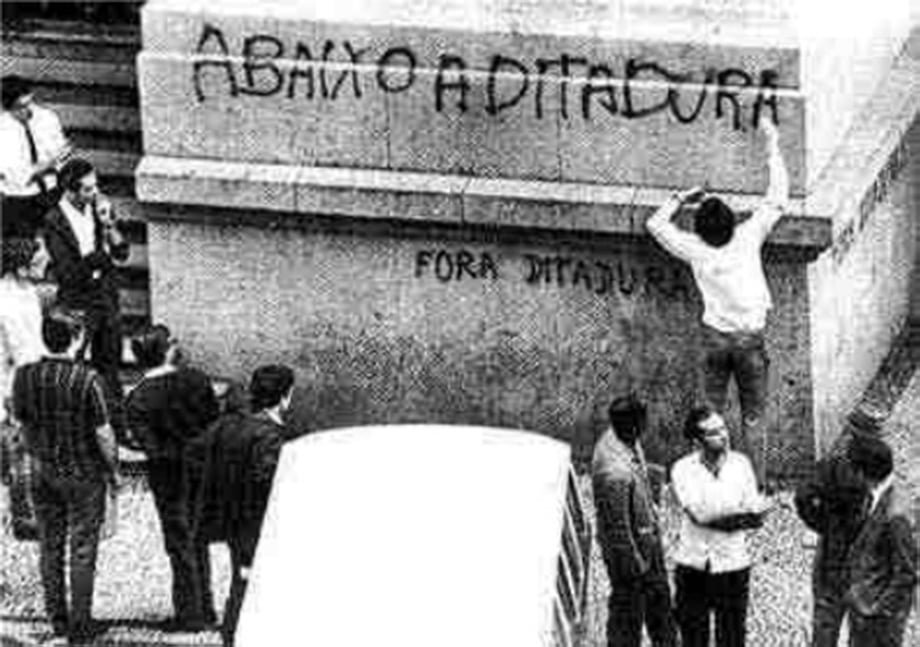 Just like the animal kingdom, and perhaps why the world outside of pichação is so fascinated with it, it's ruled by a primal code. The highest most dangerous spot is the winner - the alpha and the omega. Evolutionary biology meets anthropology in this unique subculture that has permeated society so thoroughly that it's become a part of the fabric of the city. The government have their yin and the artists are answering back with their bold and caustic yang.

Graffiti, over the last few years, has become something people appreciate who may previously not have done so. Pichação has no such desire to break into the mainstream though. Annihilation is the goal - to massacre the system that would see them all subject to a life of uniformity and slavery. It's a check-and-balance that, no matter how hard it tries, the government has thus far been unable to cease. Operating bodies rarely take kindly to increased scrutiny, especially when it looks like this.

The language itself is anger incarnate - the tag names translate to 'shock', 'death' and 'attack' - they're an assemblage of a lifelong fear that had to become publicly known.

As the city rattled through development, ruthlessly modernising - there was collateral damage that amounted to vast swathes of people. To make way for the buildings, there must be displacement. Natives of the city were pushed further outwards to the outskirts of the city, their home had become quickly unrecognisable. This shock to the country's system manifested as a deep pit of poverty that has been perpetually inescapable. If the government could bury their shanty towns underground with only some holes for light - it isn't a stretch to think that they'd quickly embrace that method. It is afterall, ruining the view from their penthouses.

Resilience though, as mentioned, is key to their existence. Even if these cities and these people could be submerged underground - out of site and out of mind, have no doubts, you'd still see a reminder of the socio-economic collapse written in big black jagged letter across any surface they build that is flat enough to be painted on. 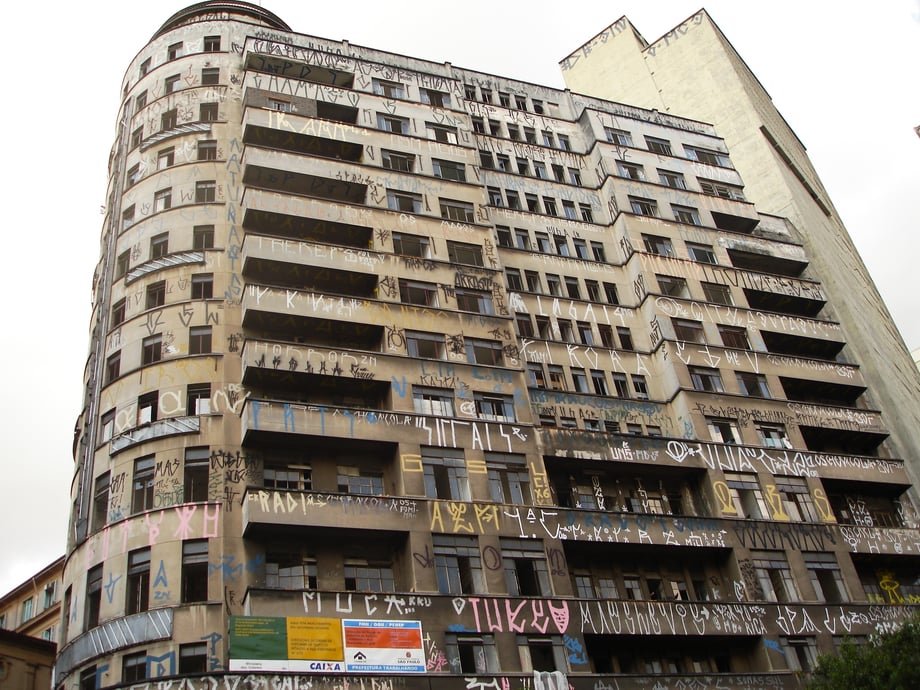 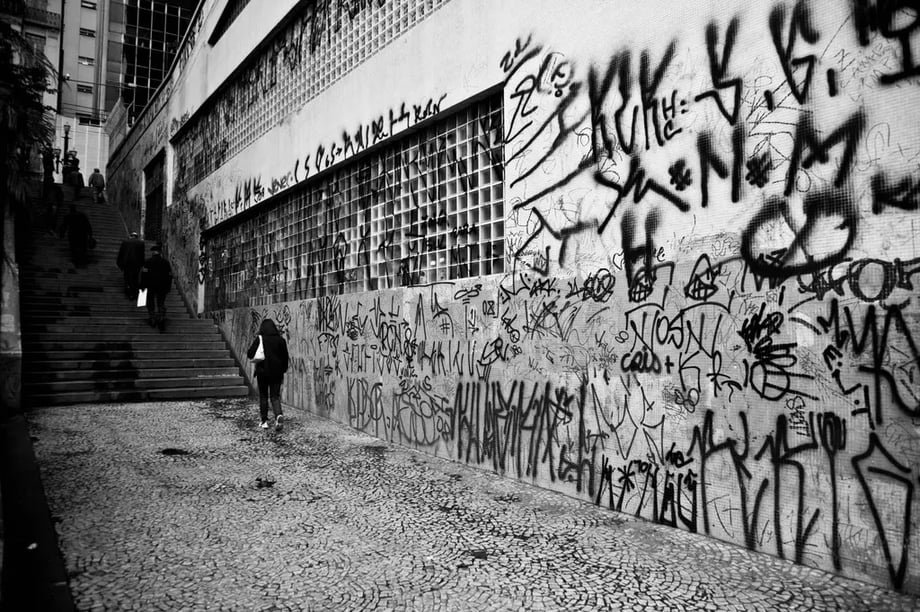