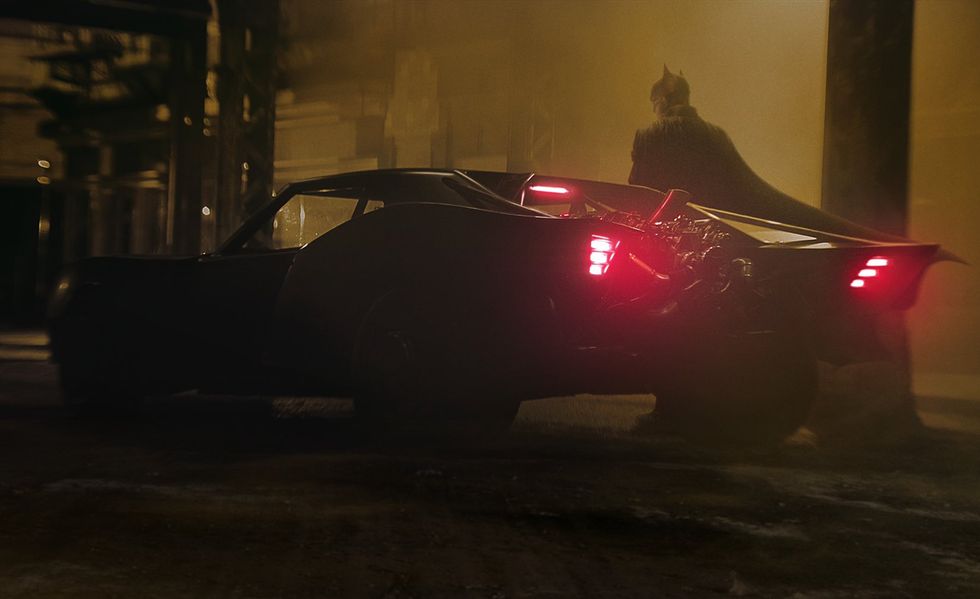 Birth Of The Batmobile

Christopher Nolan’s Batman Trilogy has become iconic. It painted a far darker picture of the caped crusader, maintaining his vigilante superhero persona from some of the most acclaimed graphic novel interpretations of the character. The latest iteration, released in March 2022, shows Batman as a detective. It’s a more gothic noir version than previously seen. The Batman is also far more grounded in reality, detailing the protagonists earliest days fighting crime in Gotham City.

For each new Batman comes a new Batmobile and with each updated iteration of his trusted whip, we gain a new perspective on the character himself. In Nolan’s Trilogy, the Batmobile - dubbed the Tumbler - is a militaristic and high-tech vision that’s in-keeping with his Batman. Seemingly in the peak of how power as the films progressed, Christian Bale encapsulated the intensity of the figure, building on the grizzled vision of Frank Miller’s 1986 graphic novel The Dark Knight Returns.

The Tumbler is capable of elite level configurations, splitting whilst under duress and filled with enough armaments to compete with a tank. Further back, the Batmobile was as whacky as those interpretations of the character. Now, concept designer Ash Thorp draws on his background in vehicles and mecha to have developed the one that will be driven around by Robert Pattinson in The Batman.

More Mustang muscle than military, the 2022 Batmobile isn’t a weapon as per past iterations. This one is purposefully designed to get Bruce Wayne from one case to the other, owing to his role of being a detective, as quickly as possible. In the vein of Dirty Harry, where Clint Eastwood rides around in his Ford Galaxie 500, or Steve McQueen’s detective in 1968 classic Bullitt, as iconic for its car chases in the Ford Mustang GT as its police work, the latest car thrives on urban American sensibilities - sure to lean on those giants of detective cinema.

It’s still something special. Supercharged with dual turbochargers and powered by a mid-mounted V8 engine, the car is protected with the inclusion of a roll cage and sheathed in an aggressive black demeanour - reflective of the protagonist himself. Brutishly clad in a matte finish, its engine outlined by a deep red light that makes the silhouetted nuts and bolts glow demonically as the revs reverberate under the foreboding and oppressive Gotham City air.

Spitting fire from the rasping hulk of its engine, the latest Batmobile cuts through the dense and smoky metropolis, as menacing a silhouette as the protagonist himself. The savage force of its visage strikes a powerful contradiction to Wayne’s everyday car. They’re rare, refined, elegant. European bodied. Posh. Starkly contrasting with his alter-ego vehicle which is a roughly-hewn utilitarian car that could’ve broken from the vehicular parade in the Mad Max series.

Combining Chevy and Corvette curves, this car isn’t quite one or the other, but a composite of classic American muscle. For Batman’s anti-establishment persona, this is an interesting choice. Muscle cars carry with them representations of patriotism. They also carry an aura of power, something cerebral, a monstrous execution that is as much a statement as it is a means of getting from A to B. Embodying this archetype of the bully, of somebody who rattles around a place with no fear, is a key element to Matt Reeves’ interpretation of Batman. 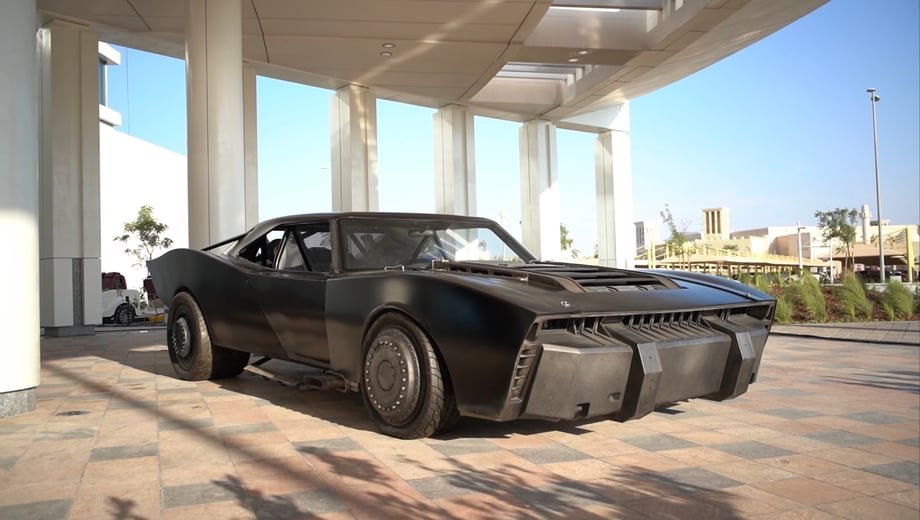 This isn’t Batman as hero, or even anti-hero. It’s a Batman that gladly omits himself from the pack entirely. An outcast. Pattinson, in this role, felt happy being the outsider. It’s a role he’s played before to great effect and one that, given the Nirvana soundtrack from early trailers, aligns Batman with a new audience - something more gritty and disaffected. That’s why the car, a perennial symbol of American exceptionalism, helps this character to be the contradiction of terms that the superhero has rarely been in recent cinema. Masked vigilante. Billionaire Playboy. Who is Batman, really?

Ferocious and doubled-down for speed, this noir detective iteration of the Batmobile is certain to participate in some incredible chase scenes. Ash Thorp’s involvement in the design adds clout to the commitment Reeves has made - that this vehicle must be rooted in a usable car, whilst containing enough flourish to pass as something more. Just as mecha anime and manga - two of Thorp's influences - see pilot and machine coalesce into one, so too is it imaginable that this car is the closest partner Batman will have - his trusty steed to ride through the streets of Gotham City as its newest sheriff. 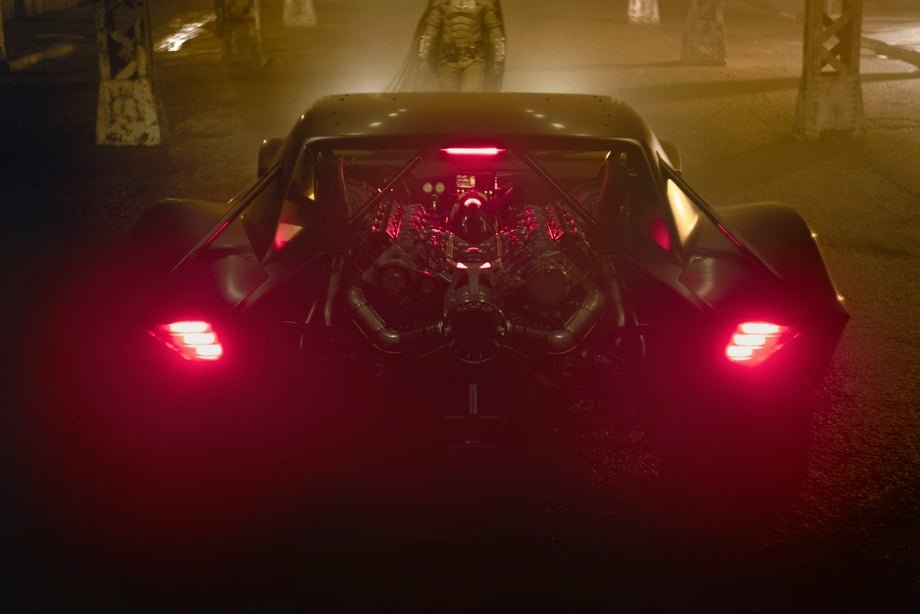 Reza Hasni - A Modern Mythology
Art in amongst the ancient and the modern.
Edd Norval