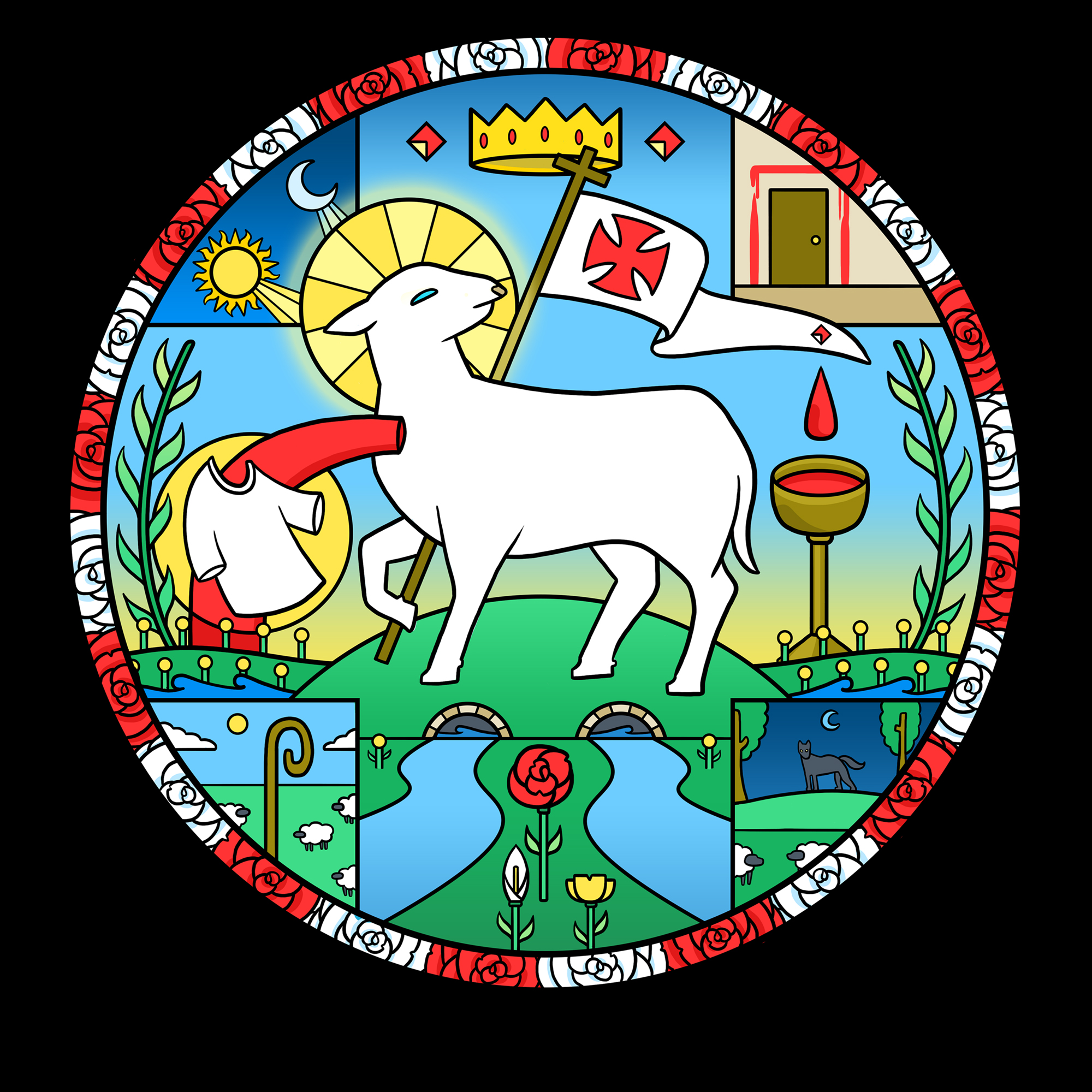 Owen Cyclops - An Eye On The World

Owen Cyclops is an illustrator whose art tackles the malady of modernity. Suffocated by the pervasive nature of toxic opinions and questionable politics that clog up our newsfeeds, the artist tries to draw on the ancient and esoteric, all with a contemporary twist, to help us tackle the blues.

His website perfectly summarises his artistic outlook, with his signature tinge of subversive humour, “I am an illustrator who is mainly focused on creating a new sacred art aesthetic for modern western culture and making third eye material to combat the sea of toxic images you are flooded with on a day to day basis.”

Combining a vast assortment of themes and symbolism - from Christianity to conspiracy - Owen Cyclops has steadily been building a new vernacular to help in understanding contemporary society. Engaging with his audience largely through his online channels, this is very much an artist of the times.

It’s ‘the times’ that acts as his greatest inspiration too, even if his work is largely a reaction against them. In a media landscape predominated by atheistic neoliberal viewpoints - where any viewpoints acting outwith that scope become largely sequestered into independent platforms - it can be a challenge to create work that adequately reflects your own worldview and be heard. Countless voices will remain silent, but Own Cyclops has forged a place within particular online communities that feel kinship with how he sees the world and, more importantly, how he communicates that through his art. 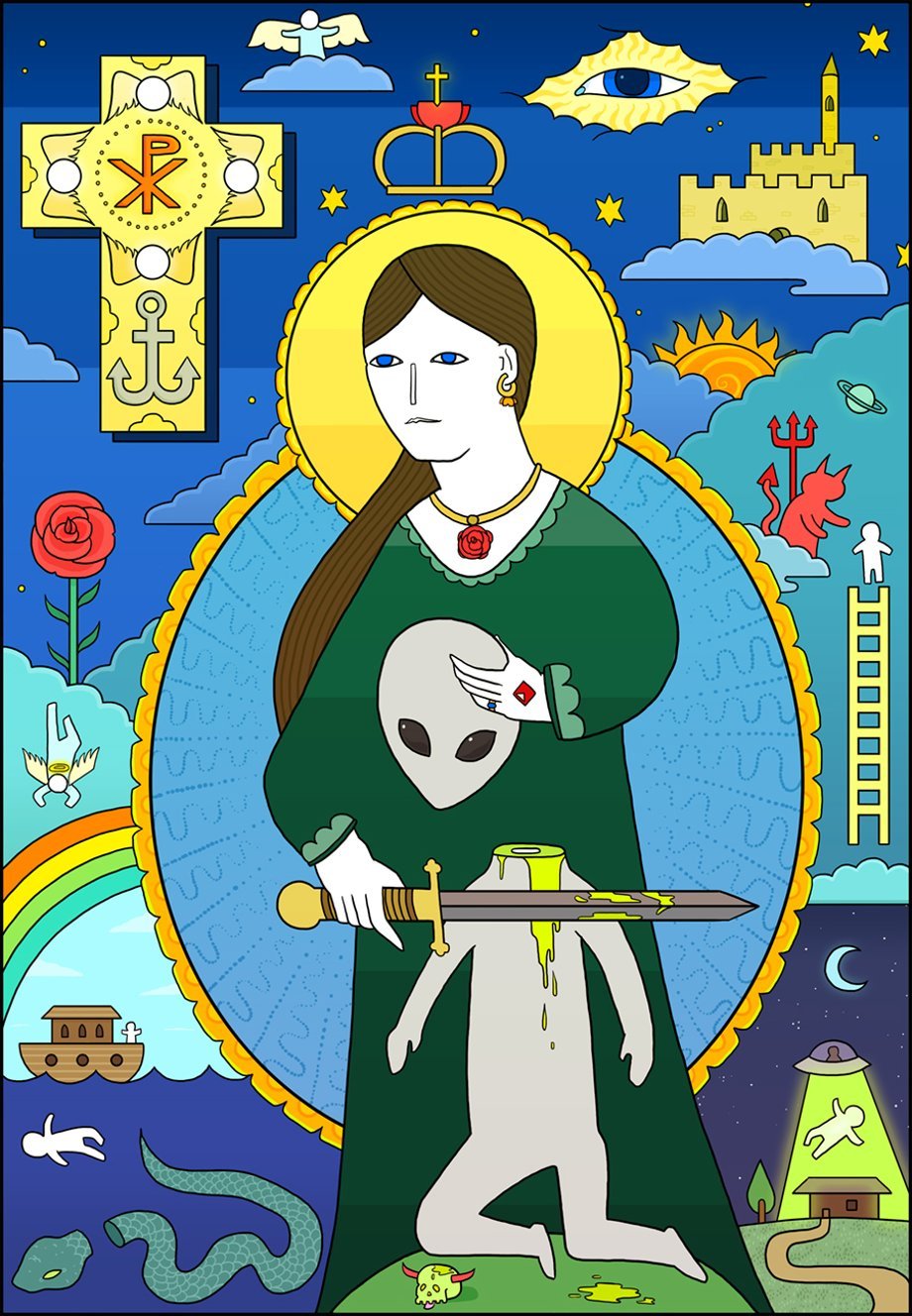 Similar to the surrealism found in Adventure Time, Owen Cyclops’ pieces are bold, cartoonish and filled with multiple extensive narrative directions as determined by the rich symbolism of his choice of mythological or fantastical creatures, like Bigfoot or lizard people, standing shoulder to shoulder with iconic religious figures.

Each piece is richly detailed and purposefully composed. Similar to stained glass panels in churches, there’s a combination of the immediate impact of each piece seen as a whole and the multitude of details within each of the artist’s illustrations that make each piece worth spending time with. This is a guy who has studied art. Of the potential power of an image, Owen Cyclops' understanding is clear:

Images have the power to alter reality, whether it is by uplifting someone's spirit with a simple drawing, or by spreading an idea or worldview with a massive public sculpture. Every religion and worldview relies on visual imagery in some way to get its message across - we have also seen artistic movements use a new aesthetic to facilitate social change many times in history. This is all well documented. 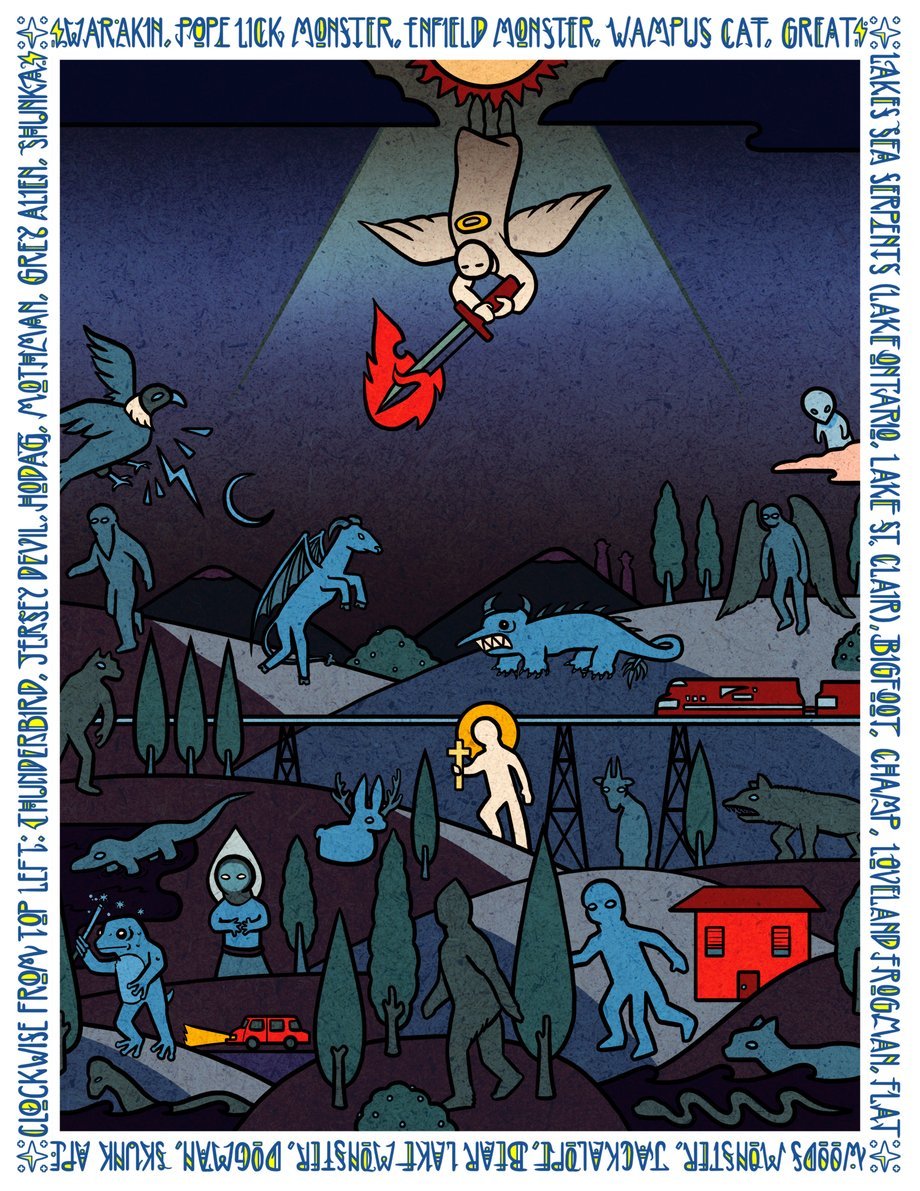 Deeply influenced by Christianity, the artist illustrates Bible verses as well as retelling iconic biblical scenes. As pious as this might sound, a lot of Owen Cyclops’ art is more than meets the eye. Rarely does he tell a story without some subtly subversive elements included. In bringing together seemingly disparate worlds, the artist is creating his own mythology for an entirely new audience to decipher.

Coalescing influences from occultism, psychedelia and the aforementioned Christianry, Owen Cyclops has a clear affinity with the past. Not mourning its ashes, but celebrating the deeply roots that are testament to the endurance of the timeless. Pertaining to a sense of spirituality, of something higher, it's rare to see such themes celebrated today in amongst the vacuum of fast-paced mindless consumption.

Owen Cyclops rejects this, with a smirk on his face. He reminds us that we can look for something more without sacrificing our own happiness in the moment. The meaningful needn’t necessarily be serious, dark or dreary. It just has to mean something. Laughing in the face of the apocaypse is sometimes the only respectful action.

You can see more on his website and show your support on his Patreon. 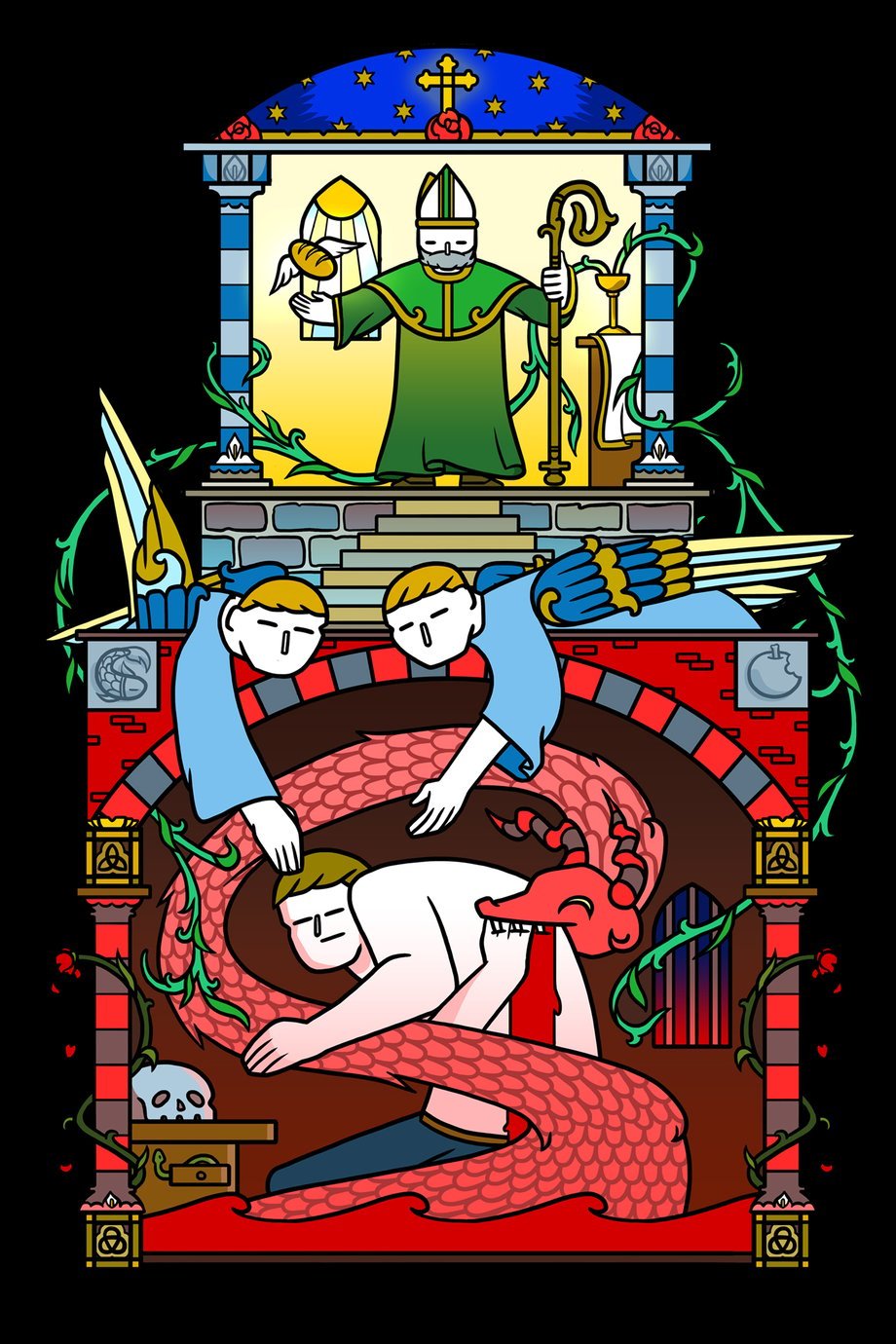 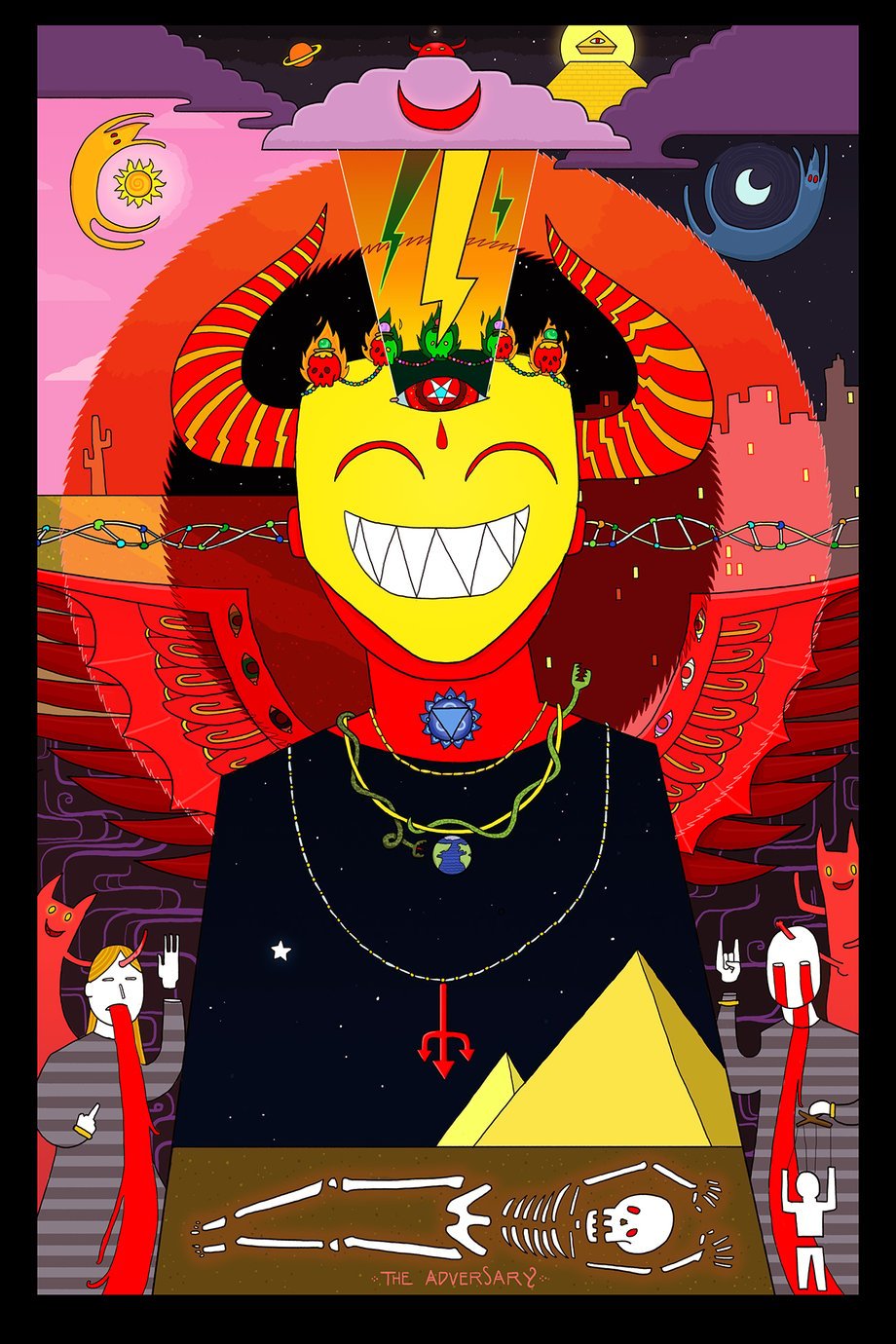 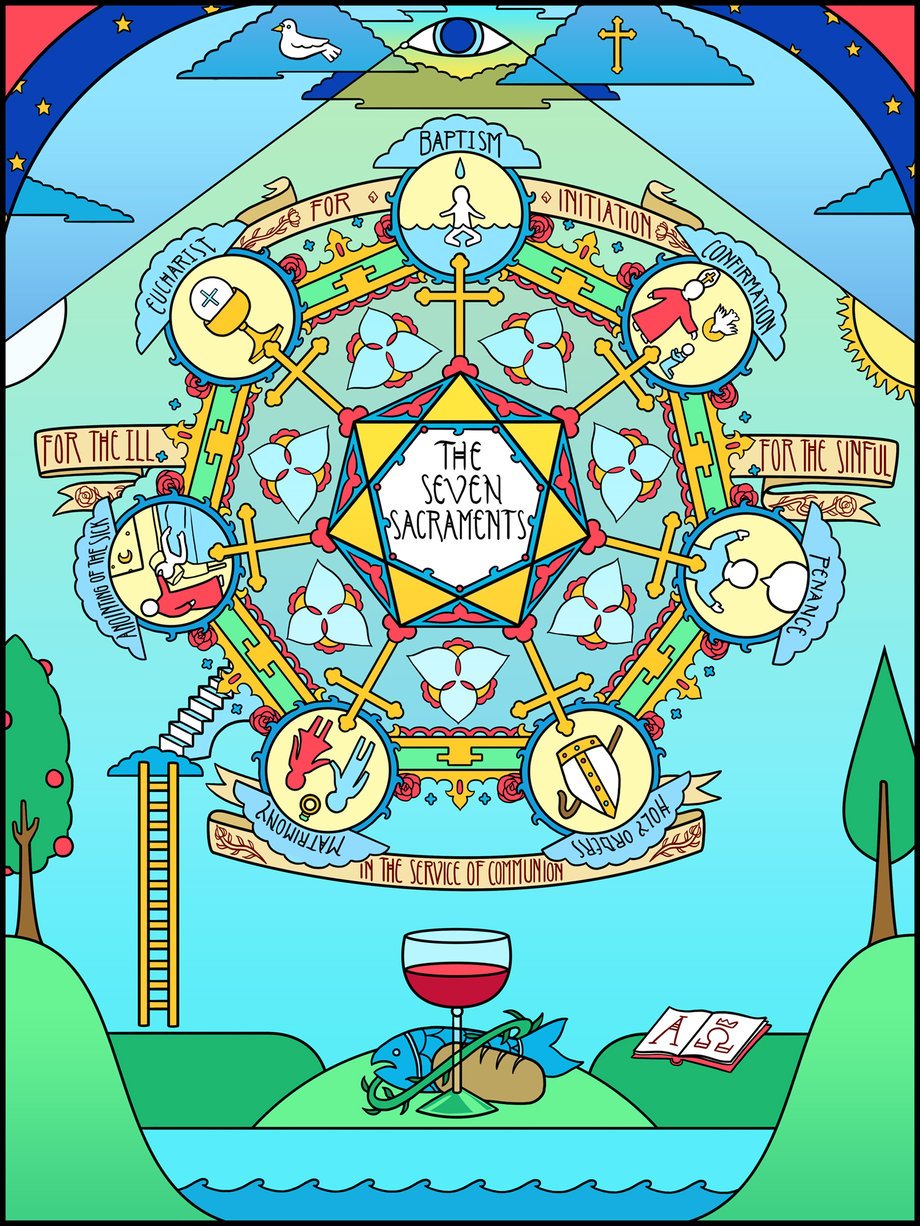 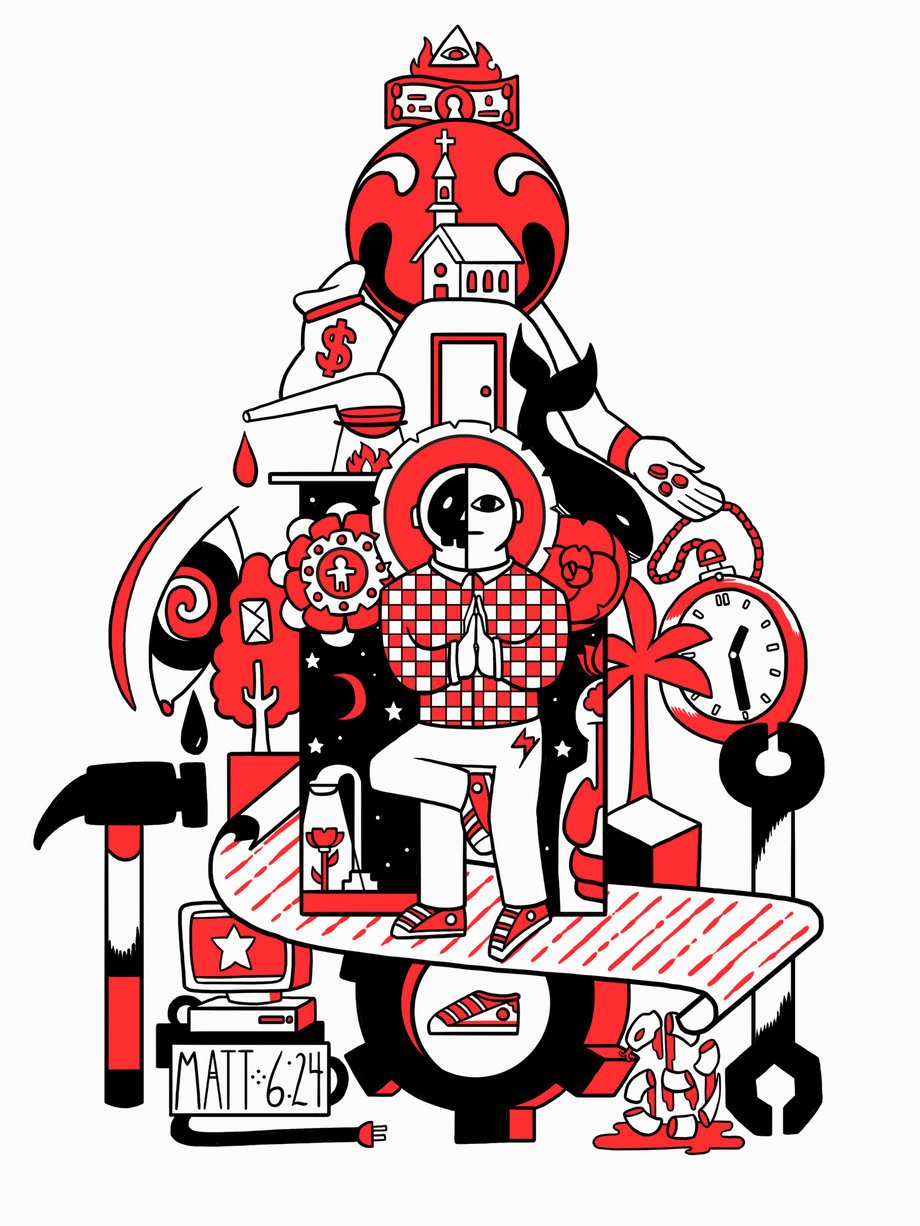 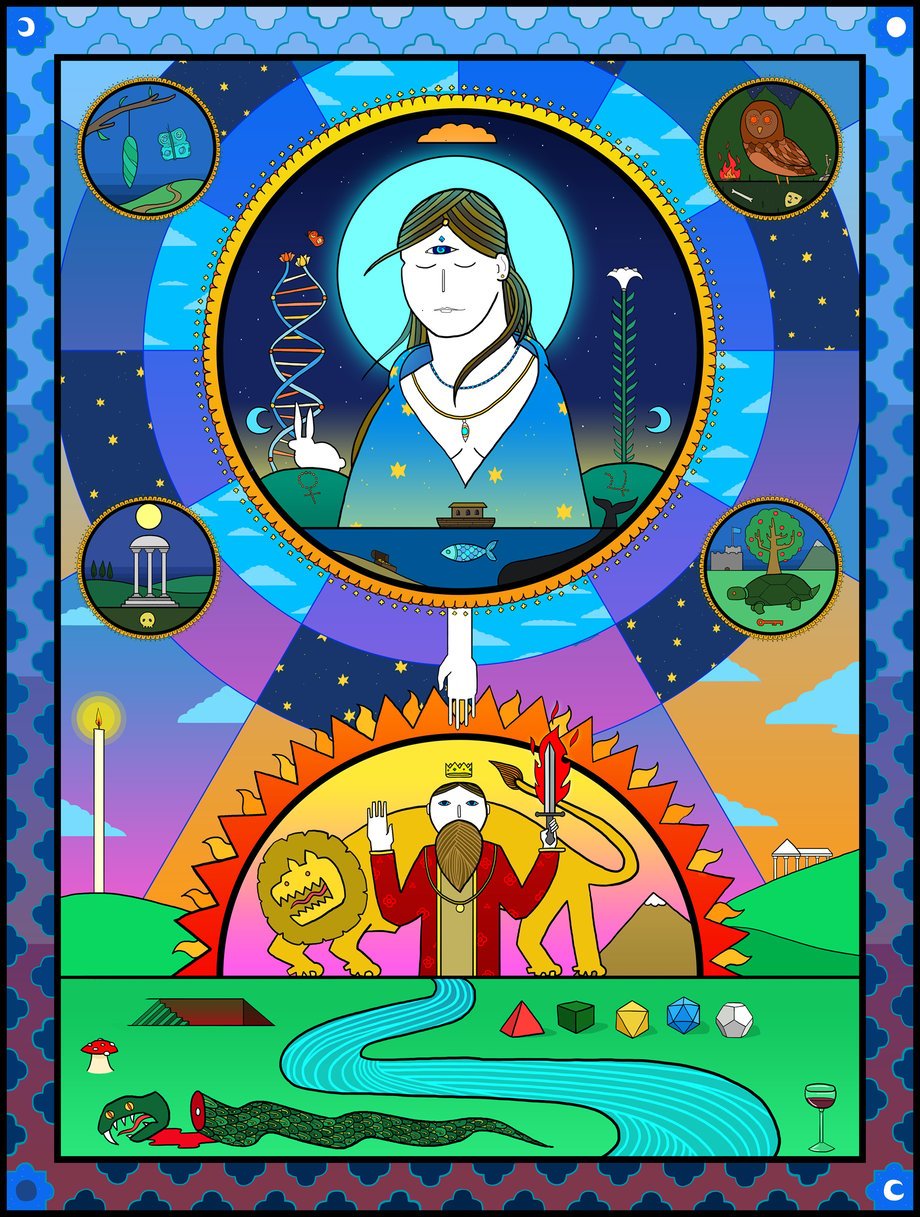 Disneylexya - Our Dreams Are Made of These
Spiritual muralism from Valencia.
Edd Norval