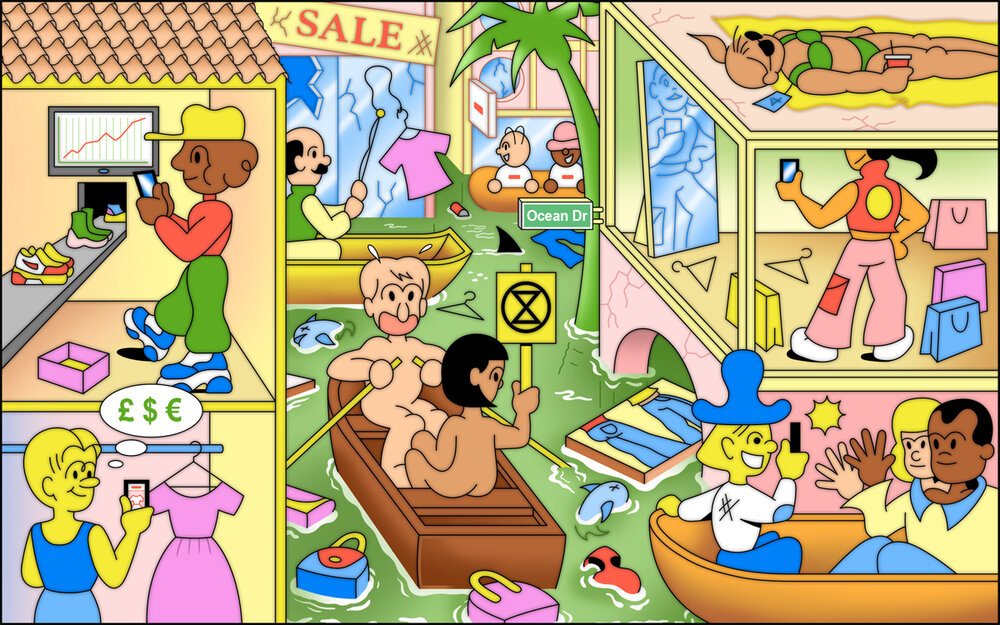 Kyle Platts builds his worlds outward. Starting from a focal point, where the viewer’s eye will subconsciously align, the illustrator works around that, constructing complimentary characters and motifs tp populate the page, drawing from a range of influences as wide as psychedelia to hot rods.

Comic books have certainly had periods where they’re in, but there’s never really a period when they could be considered out. No matter what comes along, be it the introduction of cinema, of moving films, all the way to the advent of the internet and smart devices, comics have always had an audience. It's easy to imagine that they always will. This says something quite significant about them. They’re a transcendent medium - not limited to place, culture or even means.

For example, there’s been many iconic illicit magazines published throughout history on a shoestring, in every corner of the globe. There were the Tijuana bibles and then the underground comic scene, alongside the mainstream work of serial mangaka plying their trade in Japan. It works everywhere. Why? Comics manage to tell stories through recognisable symbols and motifs, whilst giving the author enough creative freedom to fully characterise their own works in the process. Stories are one of the most innately human phenomena. They will always be told. 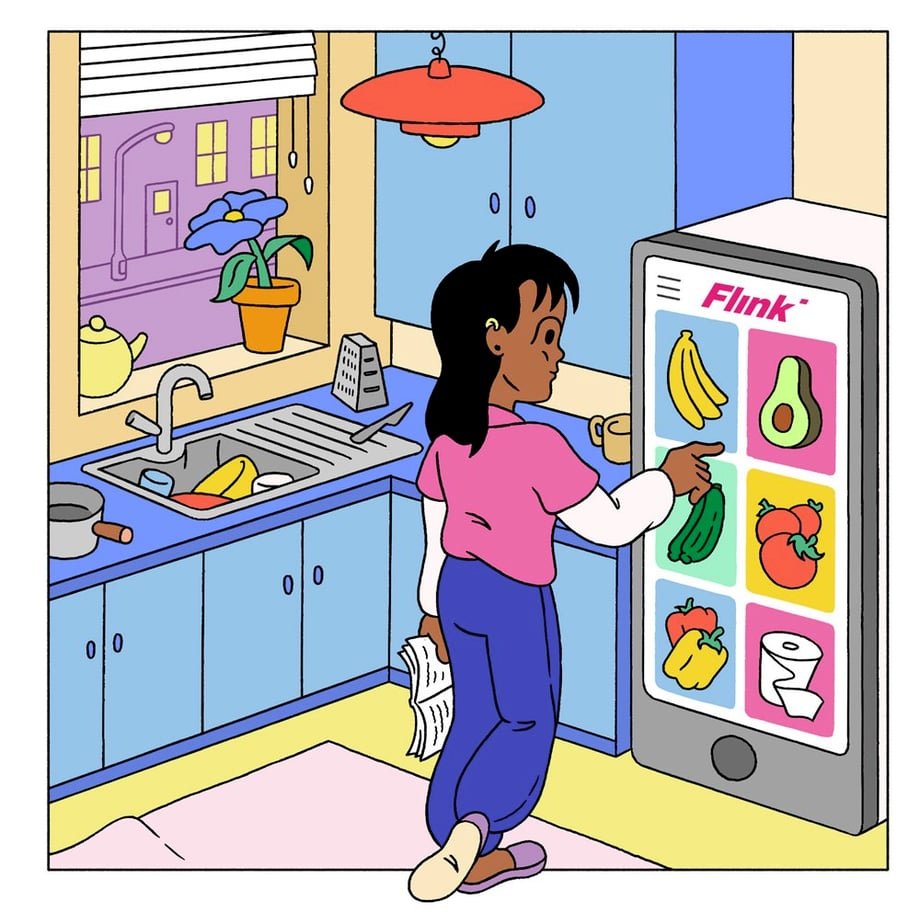 Platts' work veers more towards the illustrative and the symbolic than the archetypal narrative-led comics that we often associate with the form. The main element takes centre stage in his illustrations, with the details acting as embellishments to the narrative that he’s looking to build, stories told through composition more than through sequential boxes.

There’s something innately ‘adult’ about his works. Influenced by shows like South Park and Bevis and Butthead, the humour is off-kilter, slightly weird and most certainly on the farther end of the Adventure Time spectrum of zero to madness. By subtly recontextualising reality in the way Platts seems so inclined to do, brings to the fore a nostalgic sense in his cartoonish works, evoking memories of that show most kids used to have that they found unsettling. This dimension gives the artist unique scope to tell unpredictable stories in a manner that is unquestionably his own. 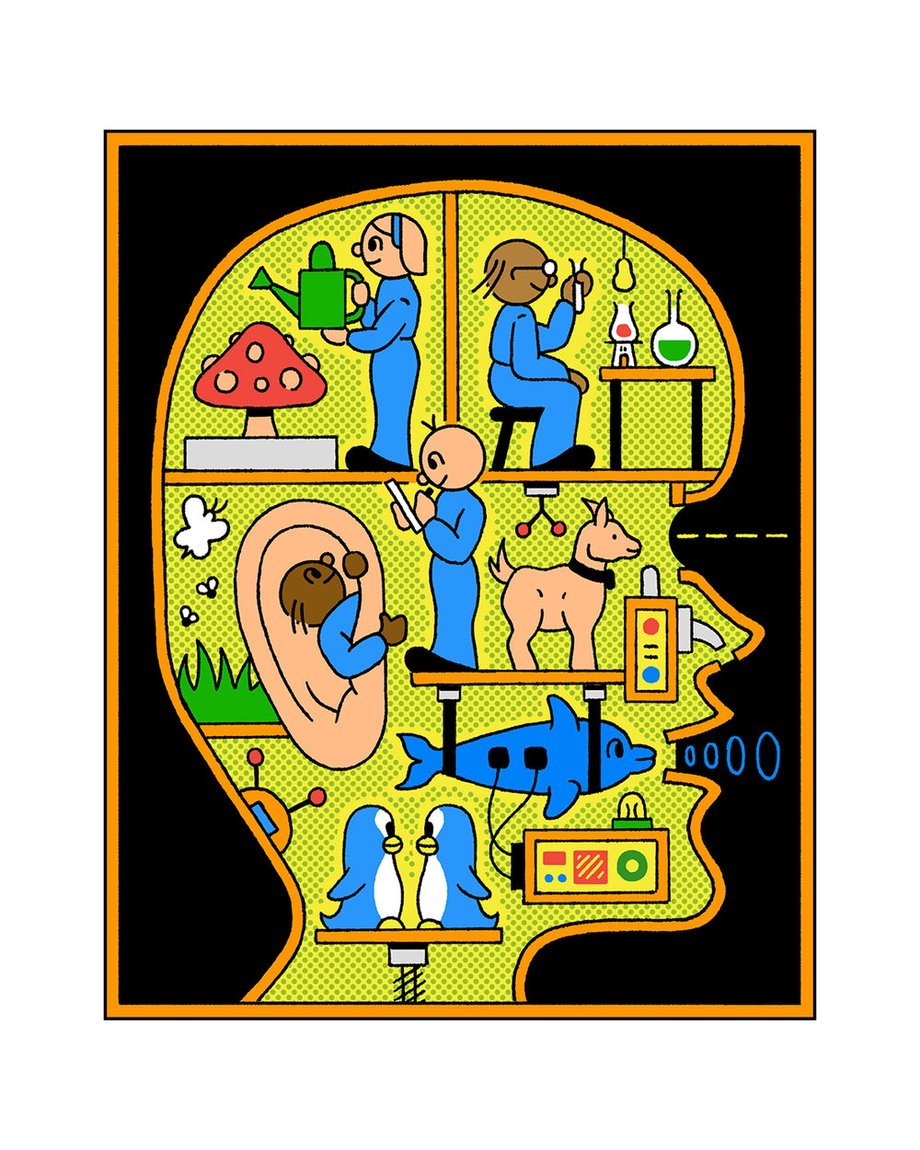 It’s interesting to note that the artist has a background in skateboarding, so it’s easy to see tinges of the Santa Cruz hand or general 80s/90s surrealist energy that was prevalent in skateboard graphics during its breakout period. The work of that era, figures like The Gonz, Jim Phillips (who created ‘the hand’) and Marc McKee created art how they skated - freely and with innovation. This was a time, partly pre-internet, where life was to be experienced firsthand.

Perhaps this is why we see such a bold and immersive style bleed into Platts’ work, where protruding foreheads, disproportionate bodies and misaligned ideals coalesce into his clean, crisp and curious work. Comics will always have a future so long as there’s artists like him, continuing the lineage of his own influences. It can’t just be me who would like to see some of his work put into regular print - like those iconic underground comics of yore - giving us a regular place to tune into Platts' alternate universe. 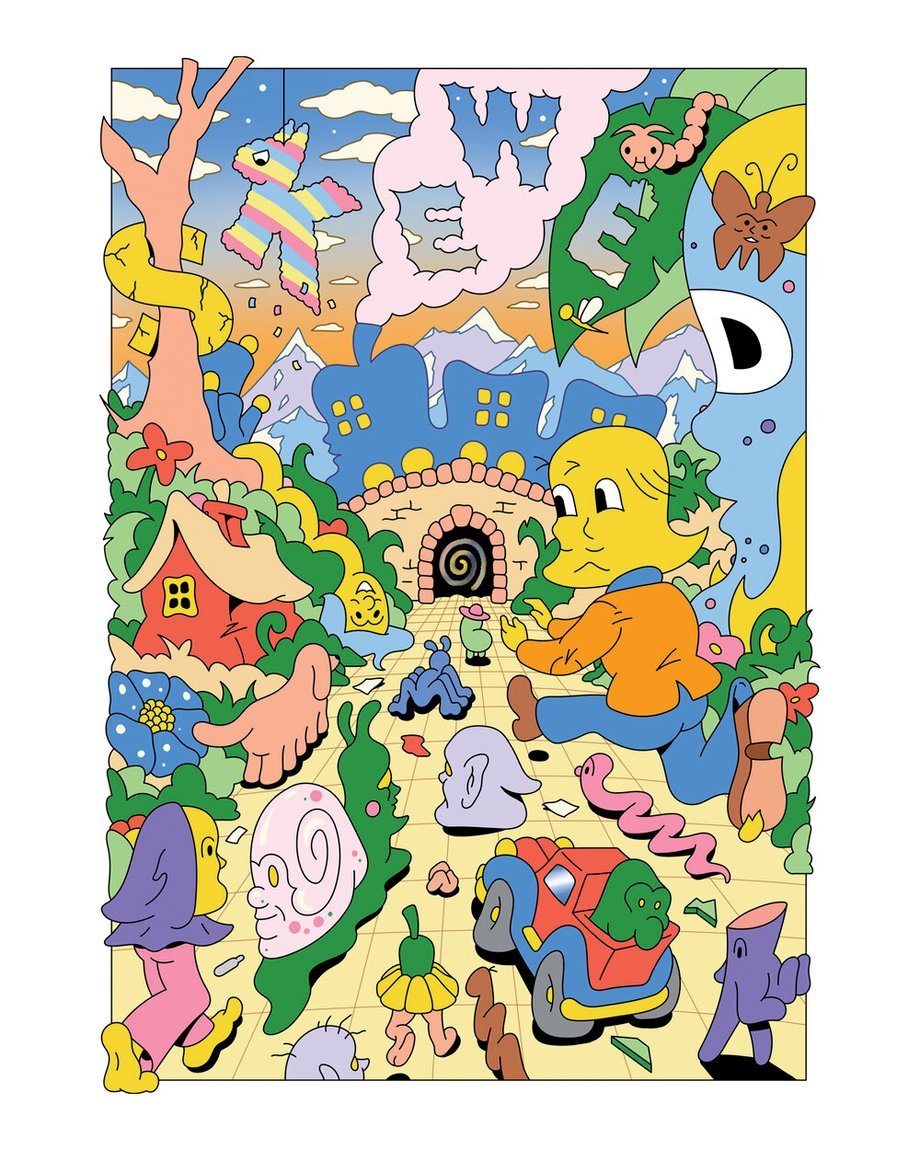 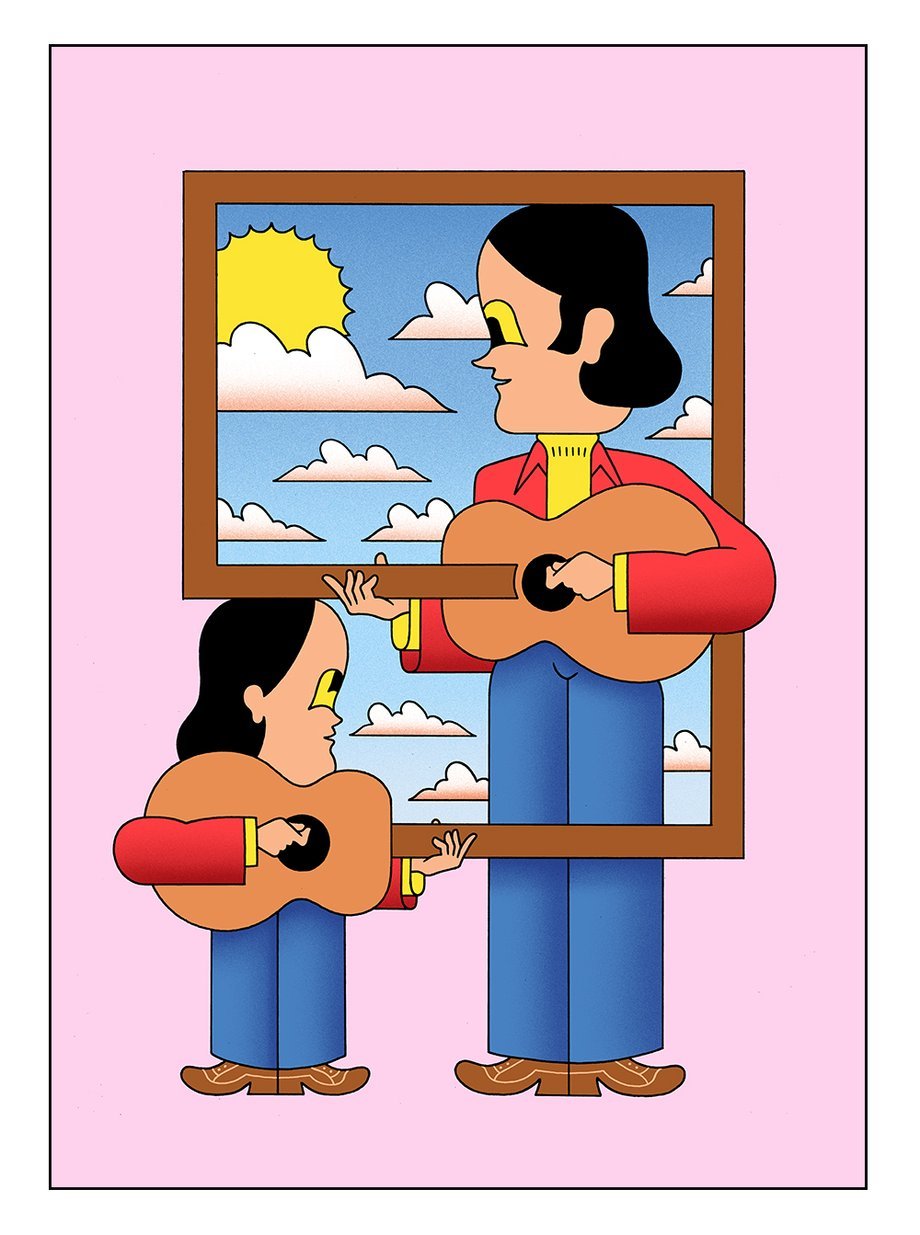 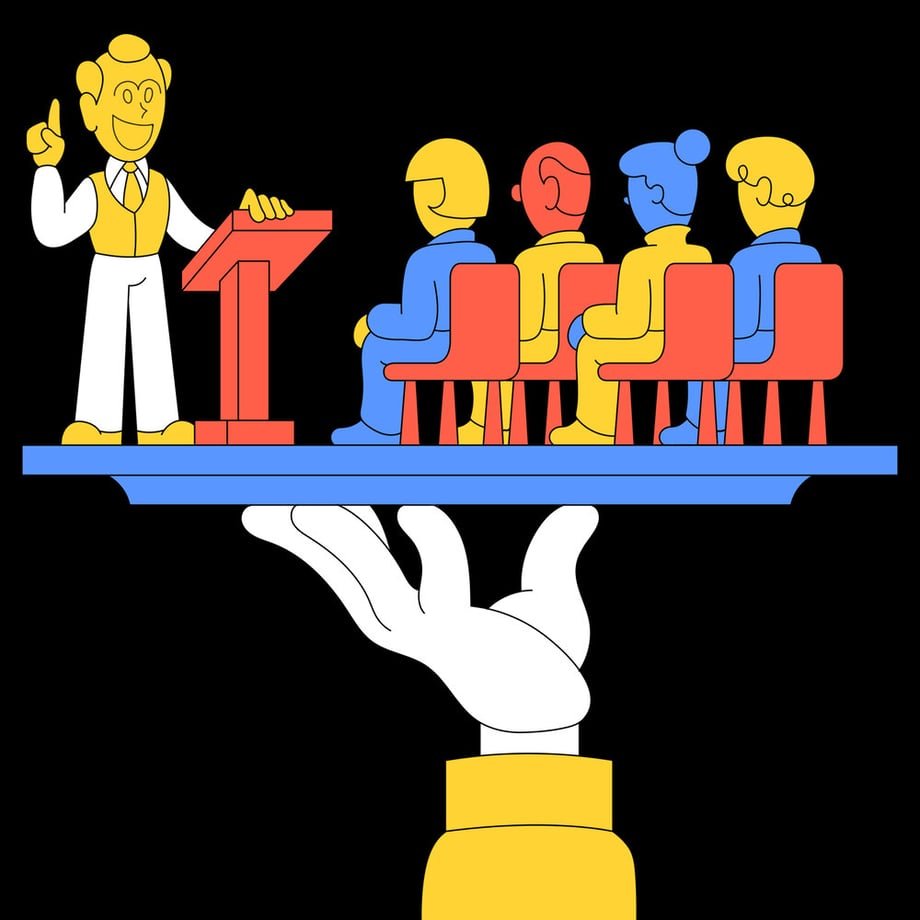 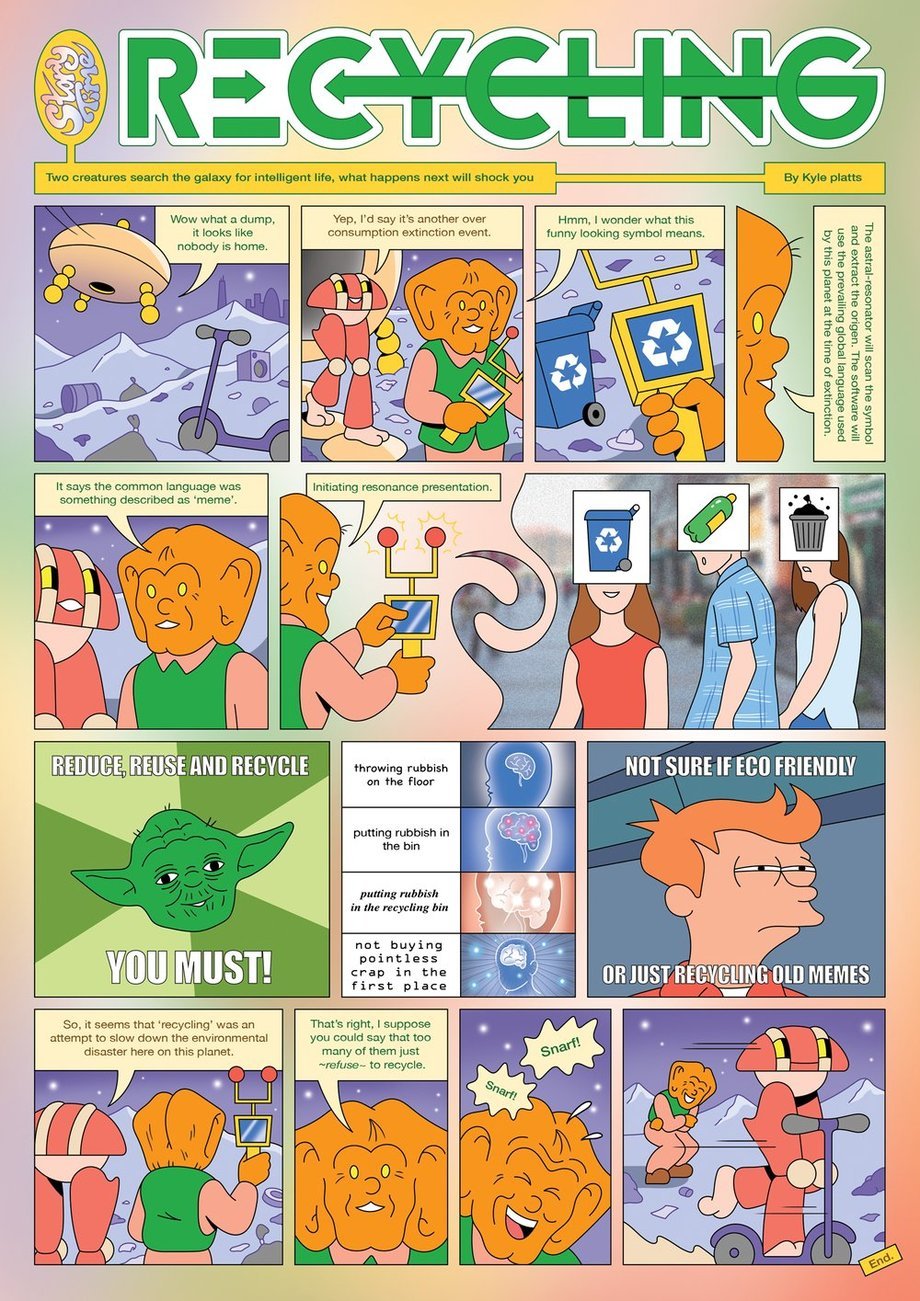 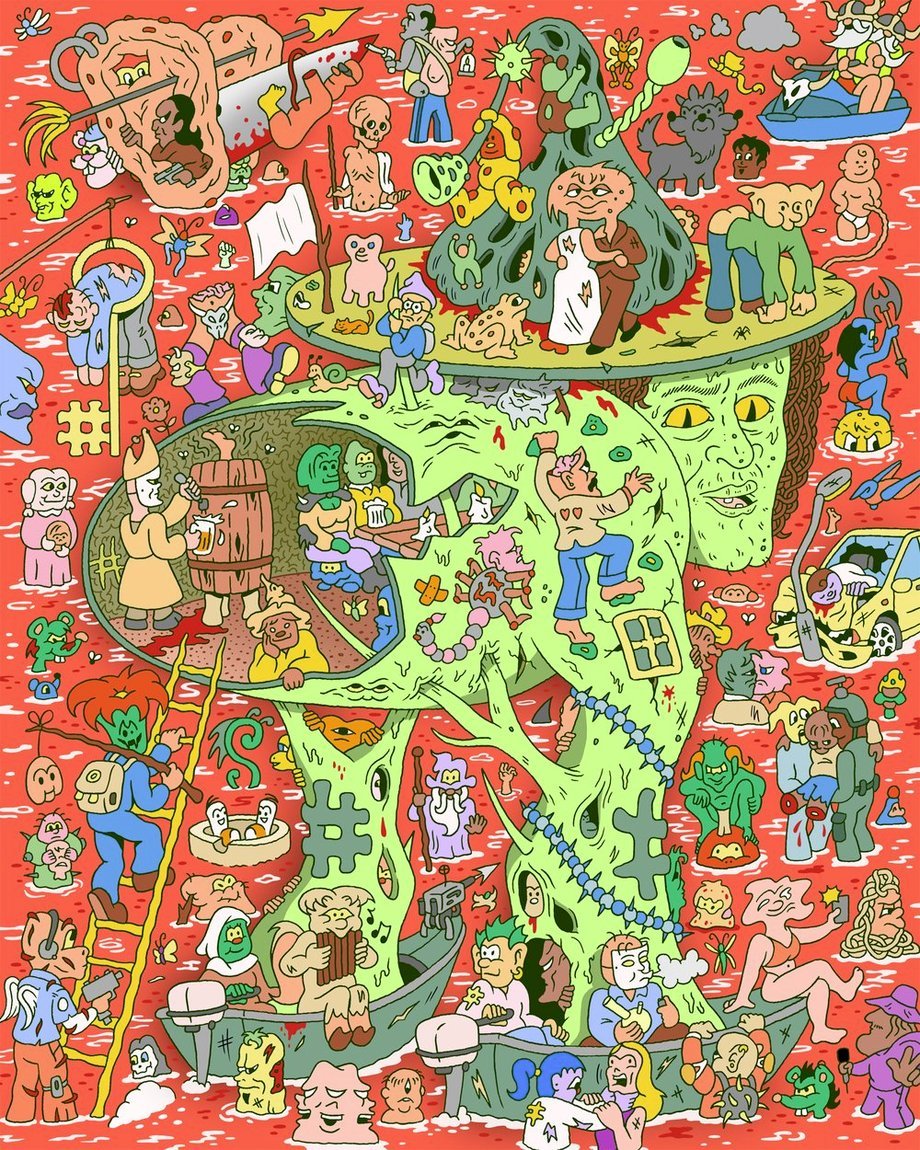