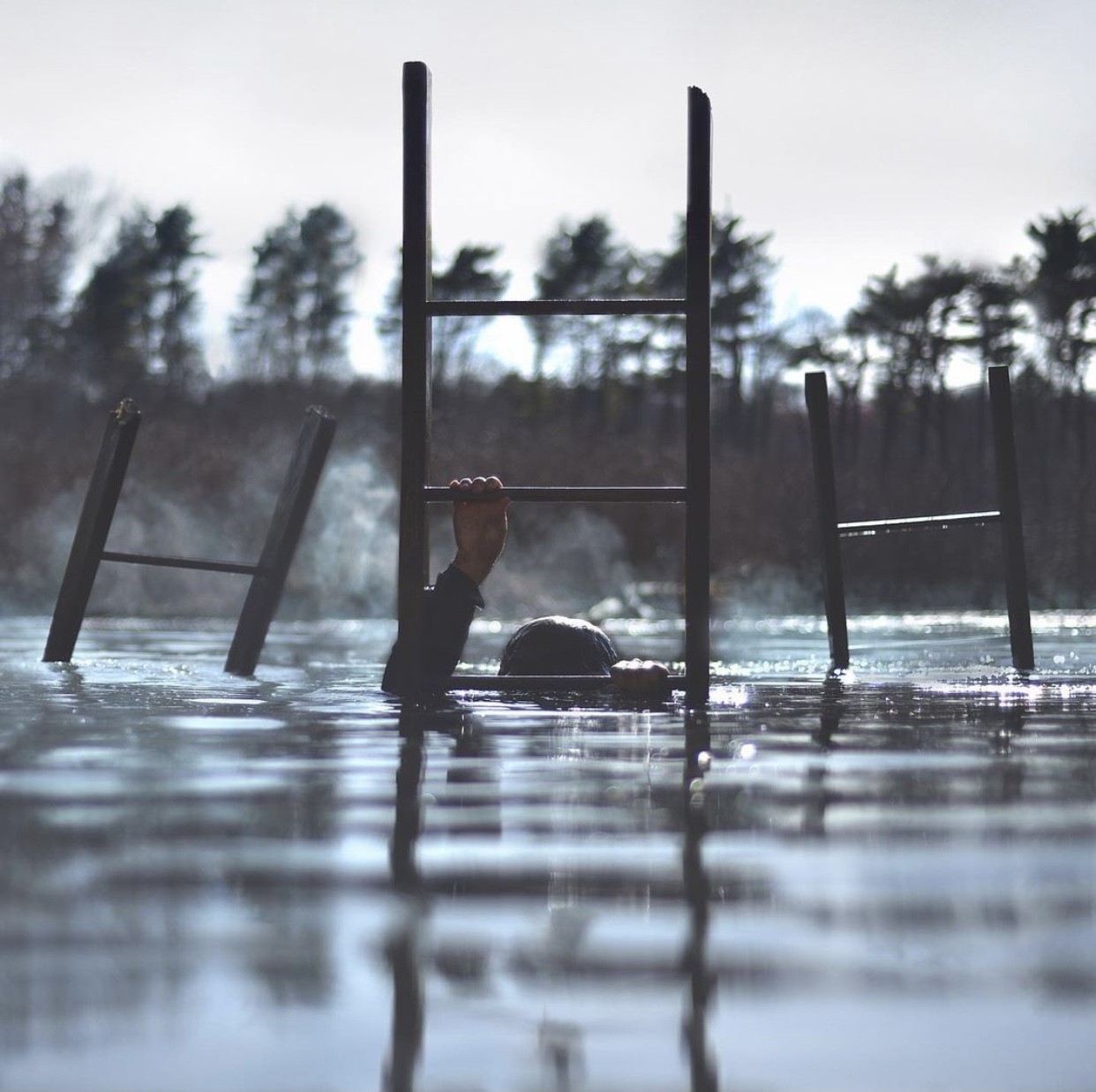 Nicolas Bruno - What We Do In Sleep

The world that we experience in our dreams is so haunting because it is so recognisable. Constructed of our own personal experiences, yet reconfigured so as to only make sense within the context of a mind fully steeped in chemicals, photographer Nicolas Bruno is able to grab these intense moments and capture them as photographs.

Intrigued by the mechanisms behind dreaming and, more specifically, sleep paralysis, Bruno has used staged and opulent photography to envision various manifestations of the surreal sensation, turning something inexplicable into flesh.

His photographs have gained a loyal online following, due in large part to a combination of unique settings and props, with his ability to make something that finds a harmony between occult and cerebral - the magic and the mind. 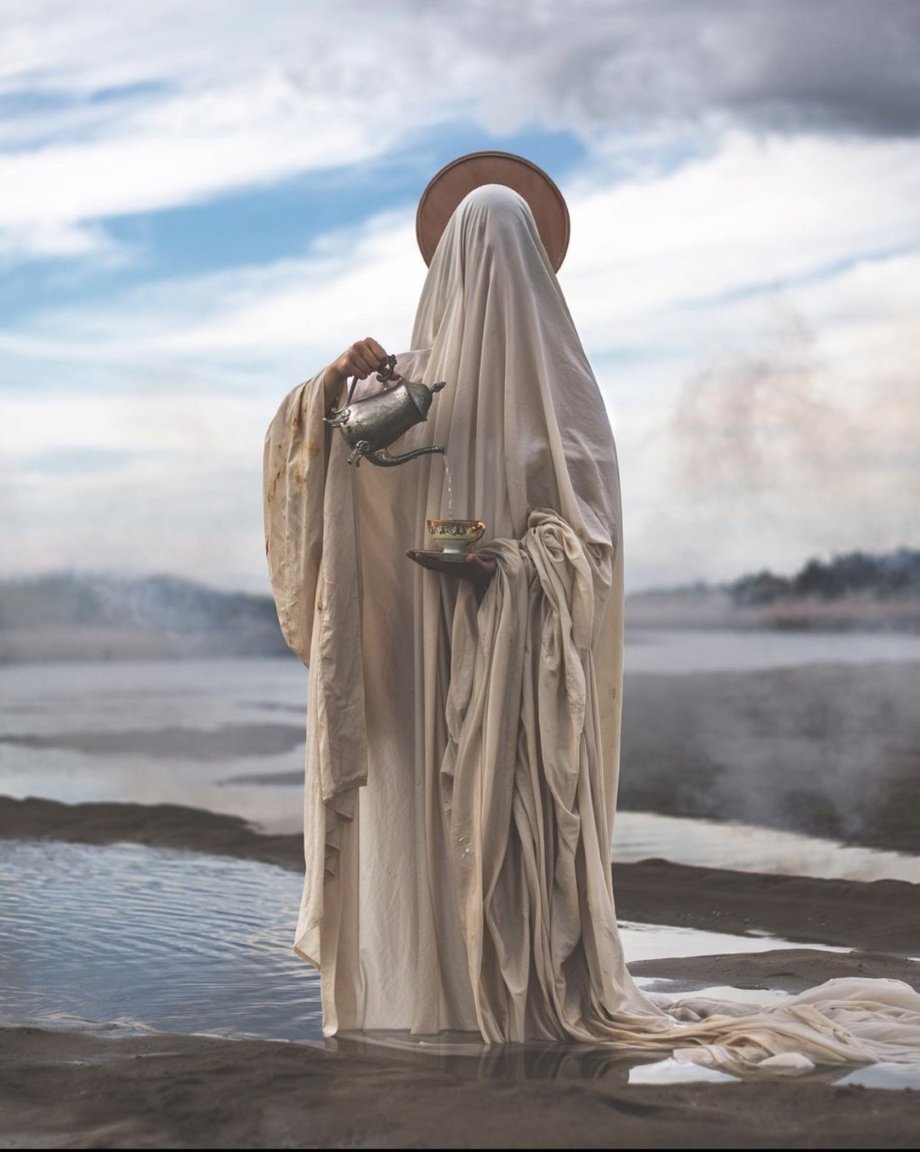 Interested in the macabre and indebted to the work of 19th century Romanticism, his work is indulgent, with horror interspersed. Deeply artistic, images that would easily be at home in music videos and film. If anything, the deep narrative iconography and symbolism contained within each photo deserve to be given that extra room to breath.

Based out of Long Island, New York, his work could really be from anywhere. Or, alternatively, from absolutely nowhere at all. There’s little trace of place in his works. Little, in fact, in the way of anything that belongs in this world. His opaque hallucinatory aesthetic choices situate the work - as the artist has intended - in a place that transcends spatial and temporal bounds. Our minds.

Some of the work, those including human figures, are set in semi-action, suspended belief, a moment on the precipice of something dreadful - the photographer becoming the architect of our feelings, putting the unsettling thoughts conjured by his images into the context of our everyday life. 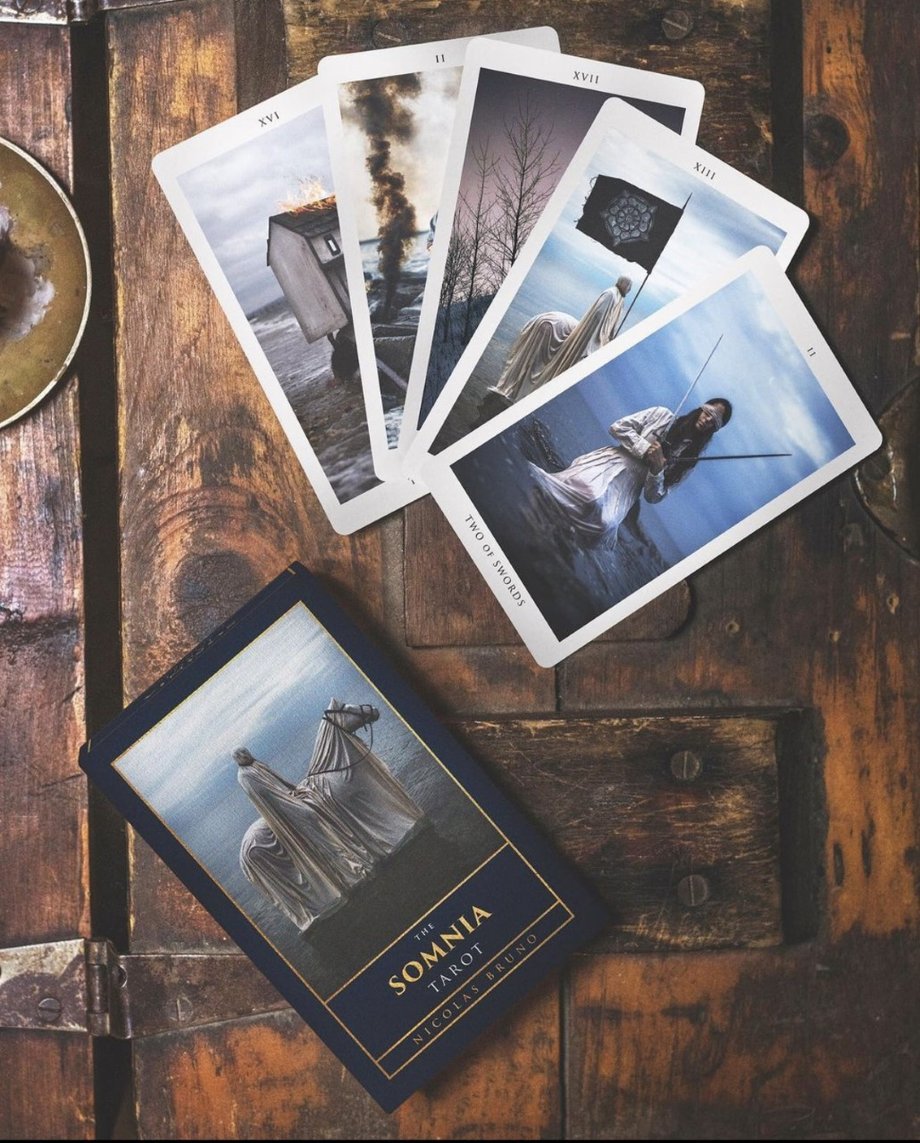 Colour and contrast set the tone as much as what is actually being depicted. For this, it isn’t photography that informs his choices, but paintings. A painter has the utmost control over the destiny of each work, he can master the way the sun shines, the way a shadow falls, but a photographer must work with nature - at least when one works externally, as Bruno does.

With these considerations, we can assess his photographs in the context of both art and science, of an experience (sleep paralysis) that he uses art to escape from. In the depths of those moments of uncertainty, it isn’t fear that consumes the artist, but inspiration. 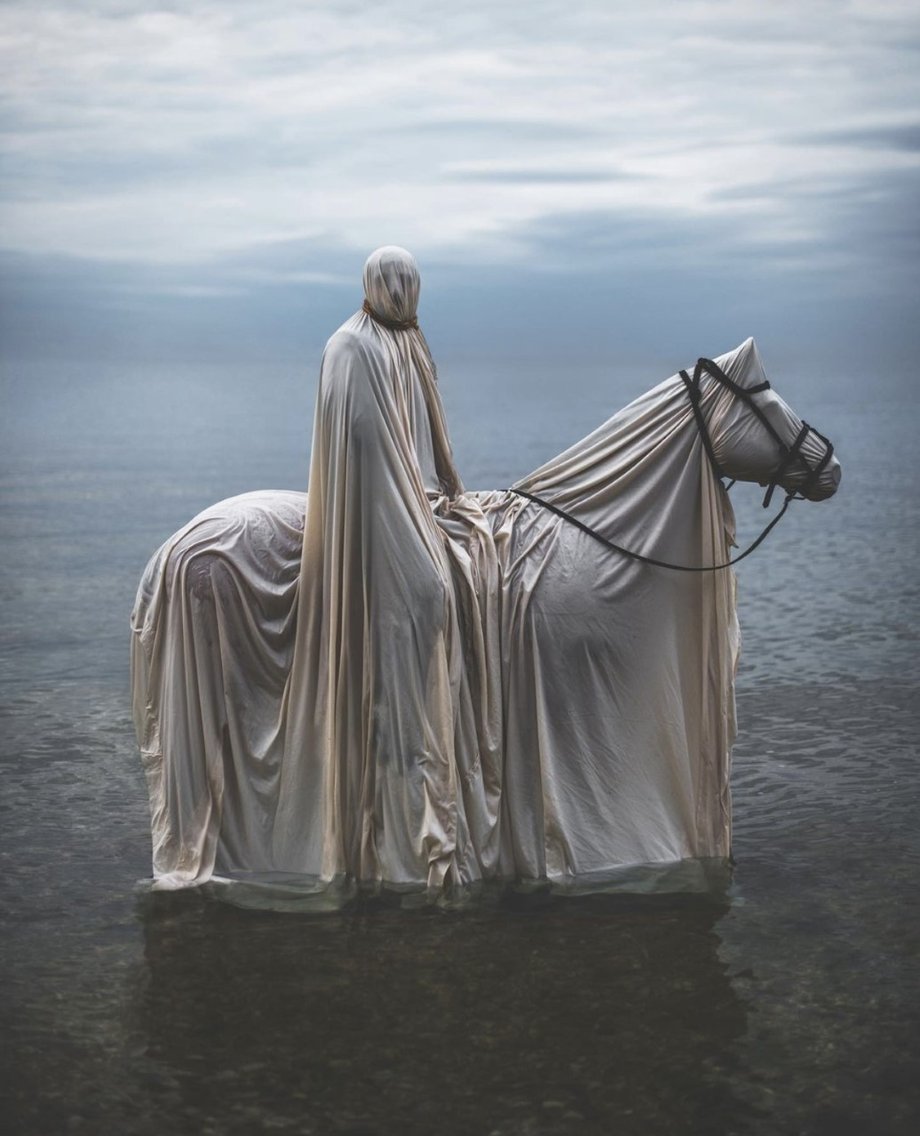 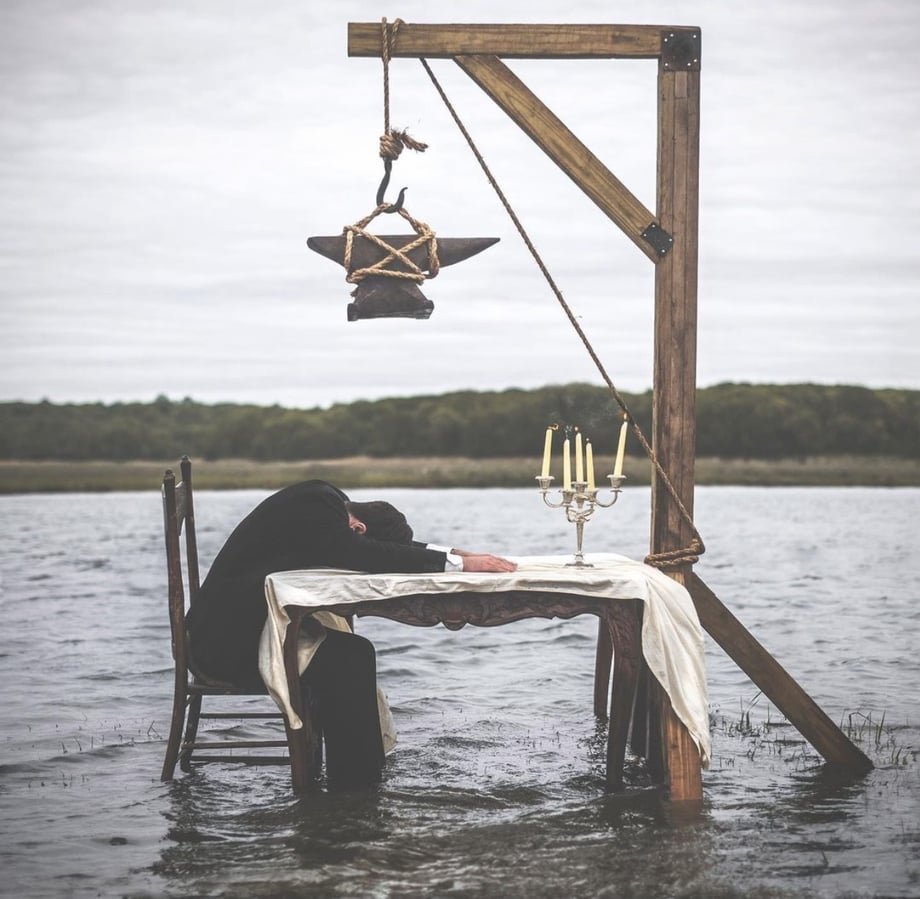 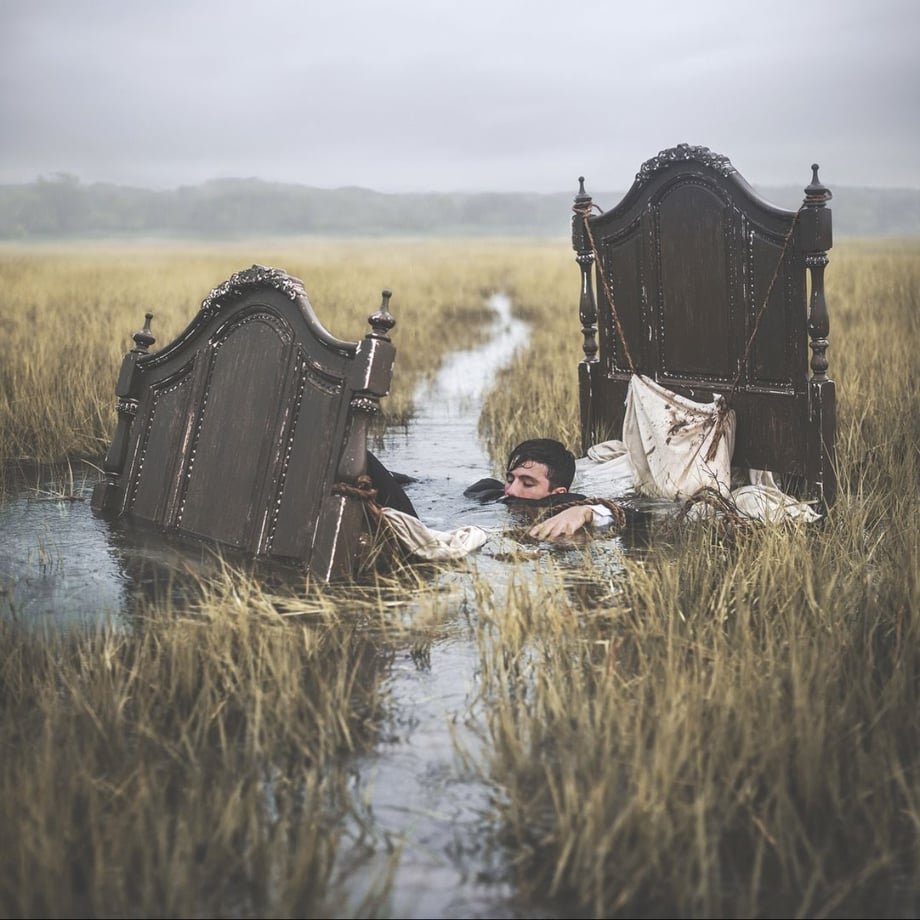