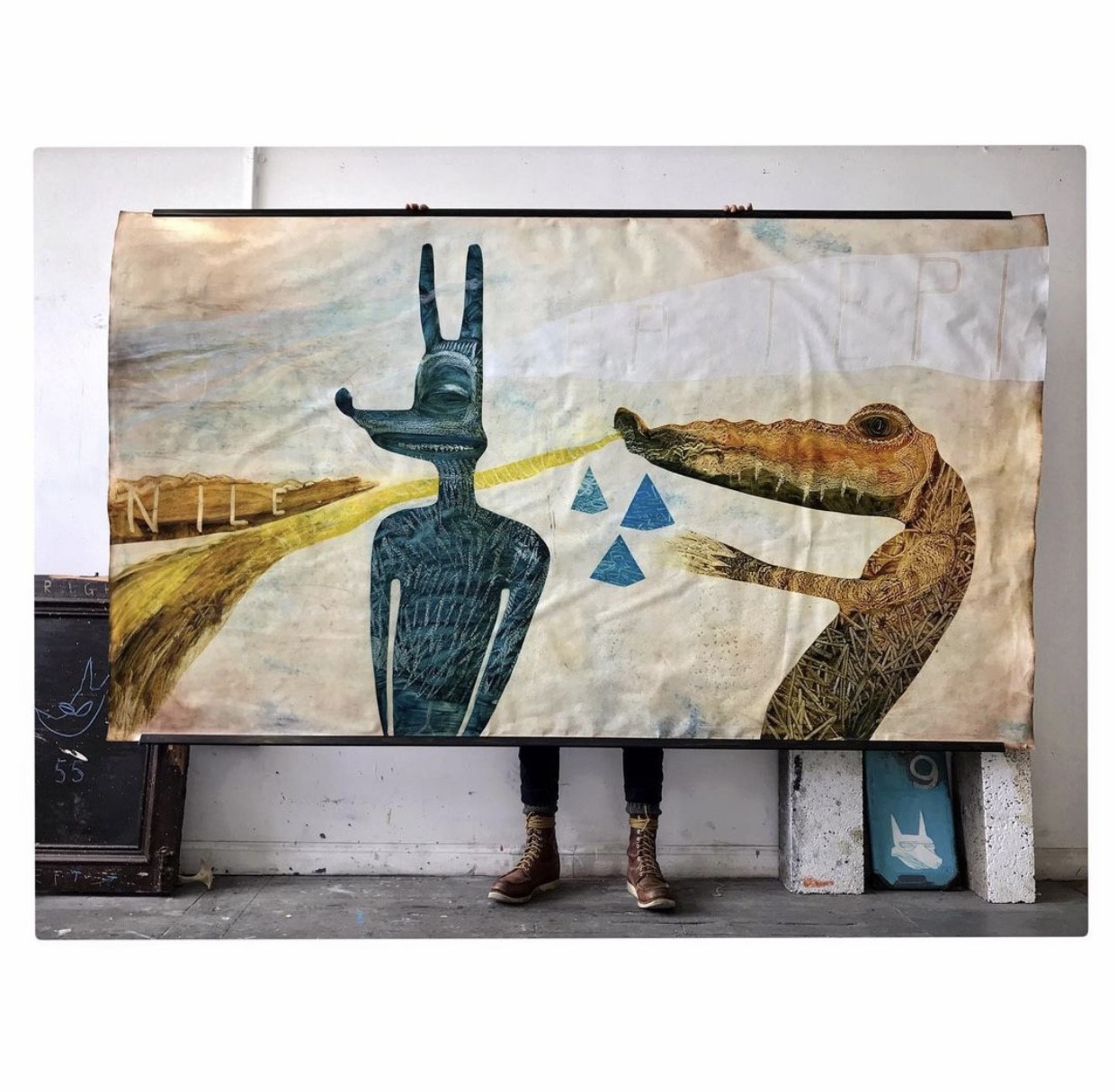 Both man and beast become subjects in Swan’s paintings. There’s something innately melancholic about his works. Perhaps it's the protagonist's penchant for smoking, casting a cloud of inherent nihilism over the canvas. Alternatively, it could be the deep bluey hues he employs that feels damp, rainy and a little bit dirty. Uplifting, it would be difficult to argue, is the adjective that comes to mind.

Revelling in the same cerebral realms of grotesque surreality as Francis Bacon, Swan’s paintings feel like psychological studies of his subjects, Charles Bukowski leads that have sprung to life, their inner thoughts manifesting through their physiognomy. Chewing the butt of a cigarette with darkened teeth and hooded eyes sees his ‘Gambling Man’ portrait pop like a world-weary horse bettor, facial expression entirely unchanged by the prospect of momentary financial gain or loss. A poker face acquired throughout his life.

A similar character, ‘Nocturnal Man’, lives up to his title, with sunken eyes and bulbous nose, barely contrasting against the black background, giving him the appearance of somebody seriously lacking in vitamin D, alongside a plethora of other useful nutrients that could brighten his disposition. None of this, the wellbeing, the potential, is really the point for Swan though. Rather, he’s documenting a masculine malaise, the sense of deprivation from the natural calling. 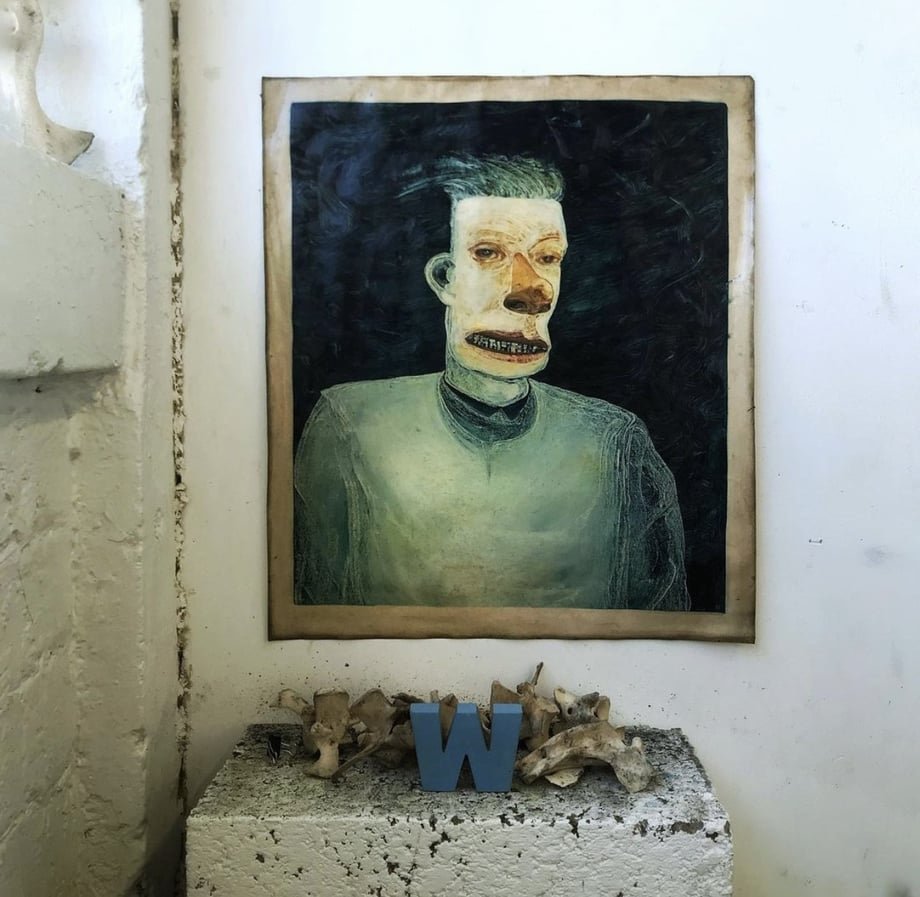 These portraits are undoubtedly contemporary, victims of circumstance in a world that is a far cry from their biological desires. Swan has, on a few occasions, chose to capture fictional figures as a means of building on both the symbolism that they carry, as well as injecting his own dark philosophy into them. One such painting is of Batman’s nemesis Penguin. An evil figure in Gotham’s underworld, whose redeeming features are his sharp intellect - a vision that Swan has captured in a version that wouldn’t be amiss in the latest The Batman film where a fresh take on the Penguin was perfectly portrayed by Colin Farrell.

Another character brings with him the baggage of nostalgia, Walter Boggis, a name and man familiar for many British children who had the horrible image of a chicken farmer, stinking of rotten chicken skins - a part of an unholy triumvirate of wholly horrible antagonists - in Roald Dahl’s Fantastic Mr. Fox. Both men are fat-cats. Literally overweight, they're also weighed down by the expectations and caricatures of greed that manifest in their general disposition. 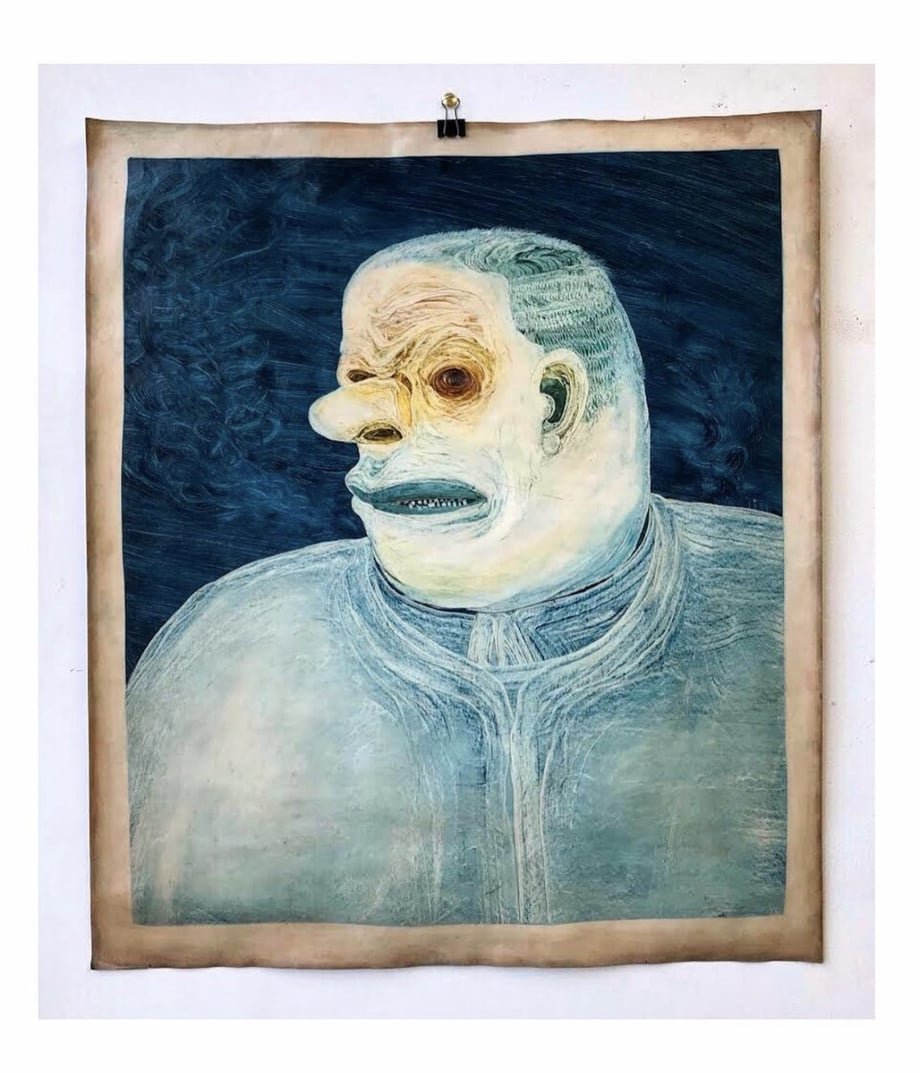 Playing into the bleak and dreary outlook of Swan’s works, we begin to relate to composite characters, people that we meet drunkenly outside in pub smoking areas that we subconsciously imbue with characteristics of these fictional figures that have become fragments in our memory. Additional members of the Swan repertoire are the host of anthropomorphized animals like dogs, rabbits and crocodiles that are, in a strange way, almost just as human as the homo sapiens he depicts.

All in all, Swan gives us people we’ve met, people we’ve imagined and some that we would rather not. His nihilistic and dark style of painting carries with it the weight of the Scottish nation, or at least its worldview. Grounded and realistic to a tee, zero bullshit, Scotland’s psyche has become manifest in Swan’s art, teasing out the Jungian shadow that most spend a lifetime trying to hide. 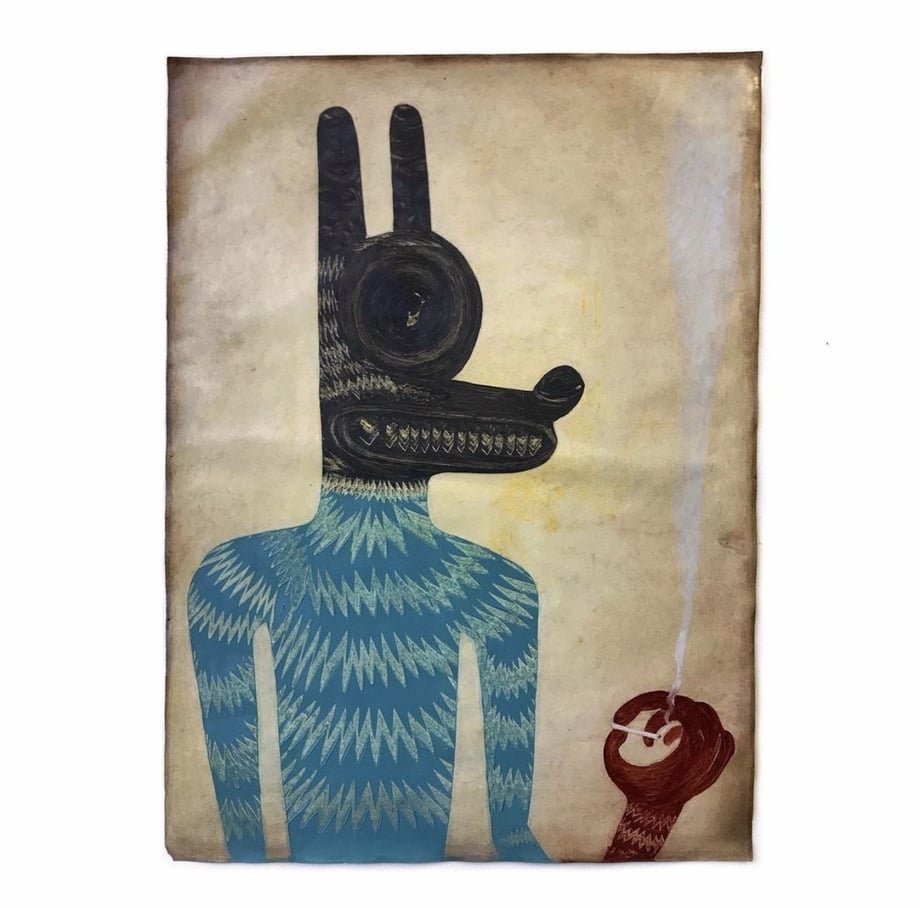 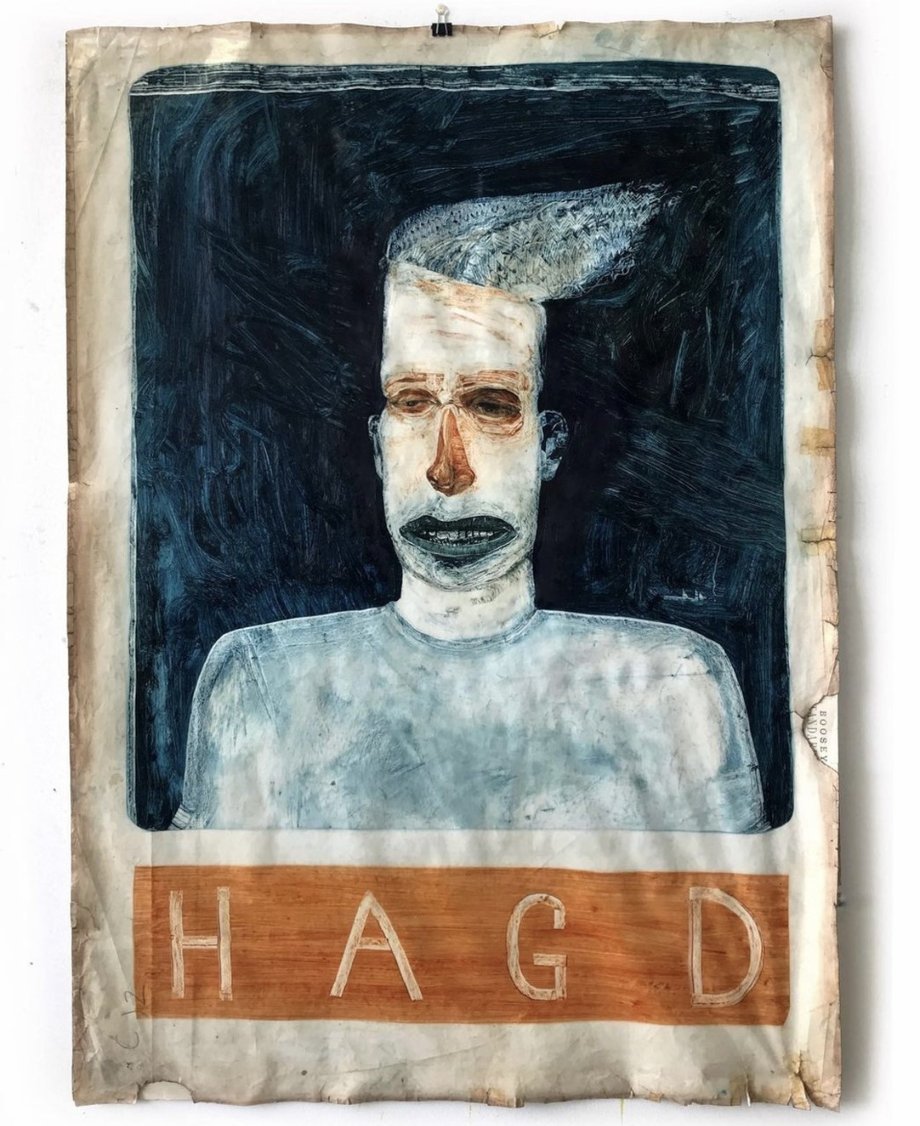 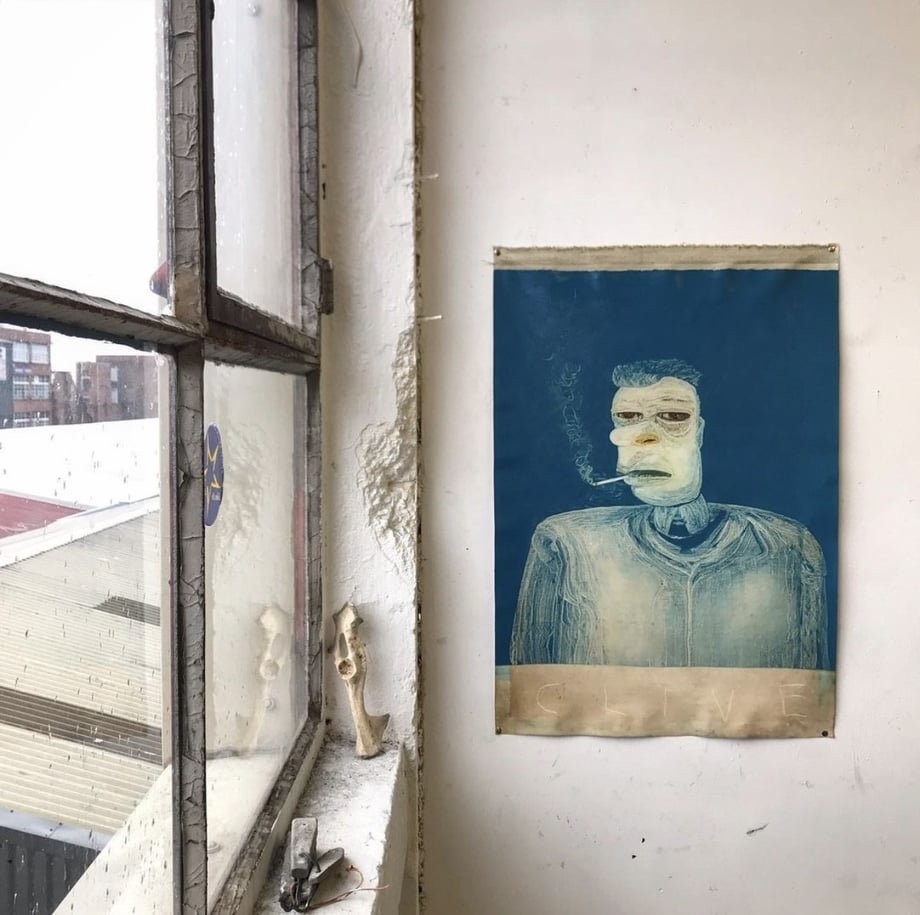 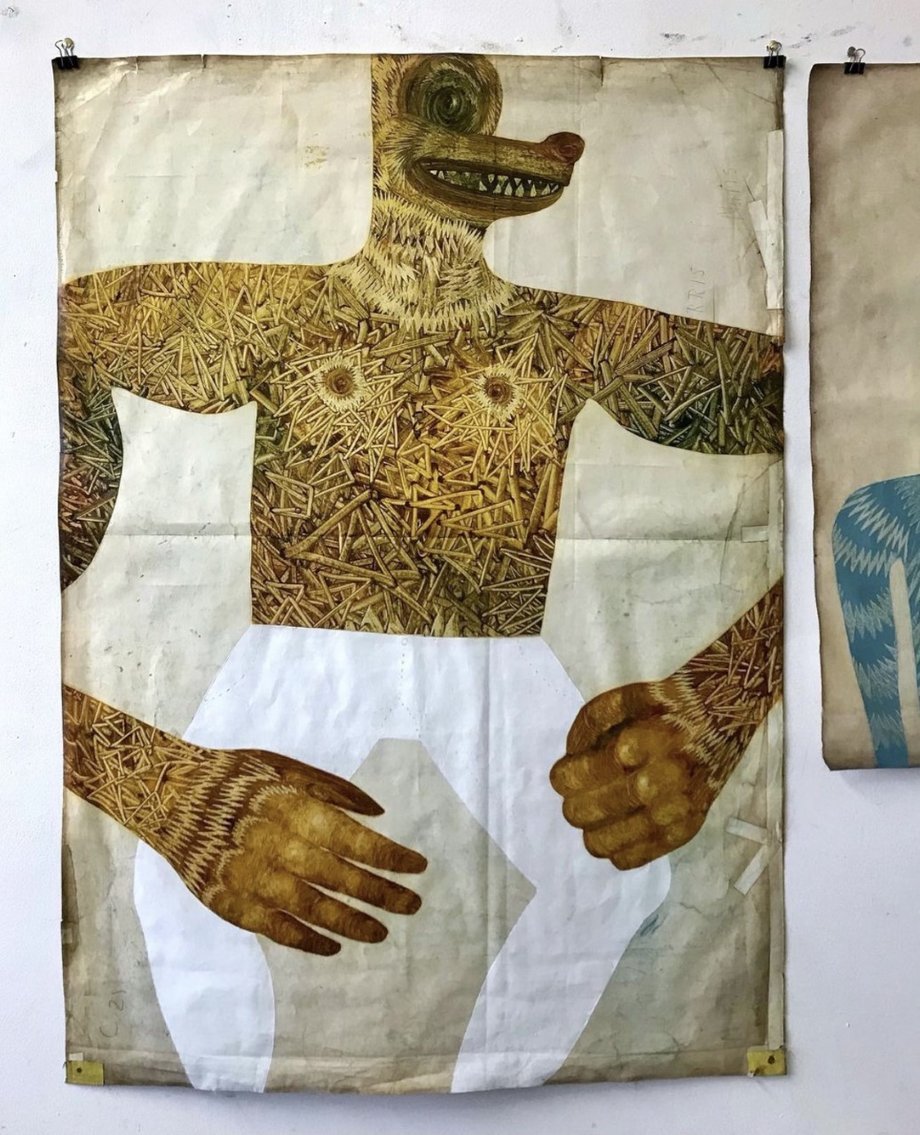 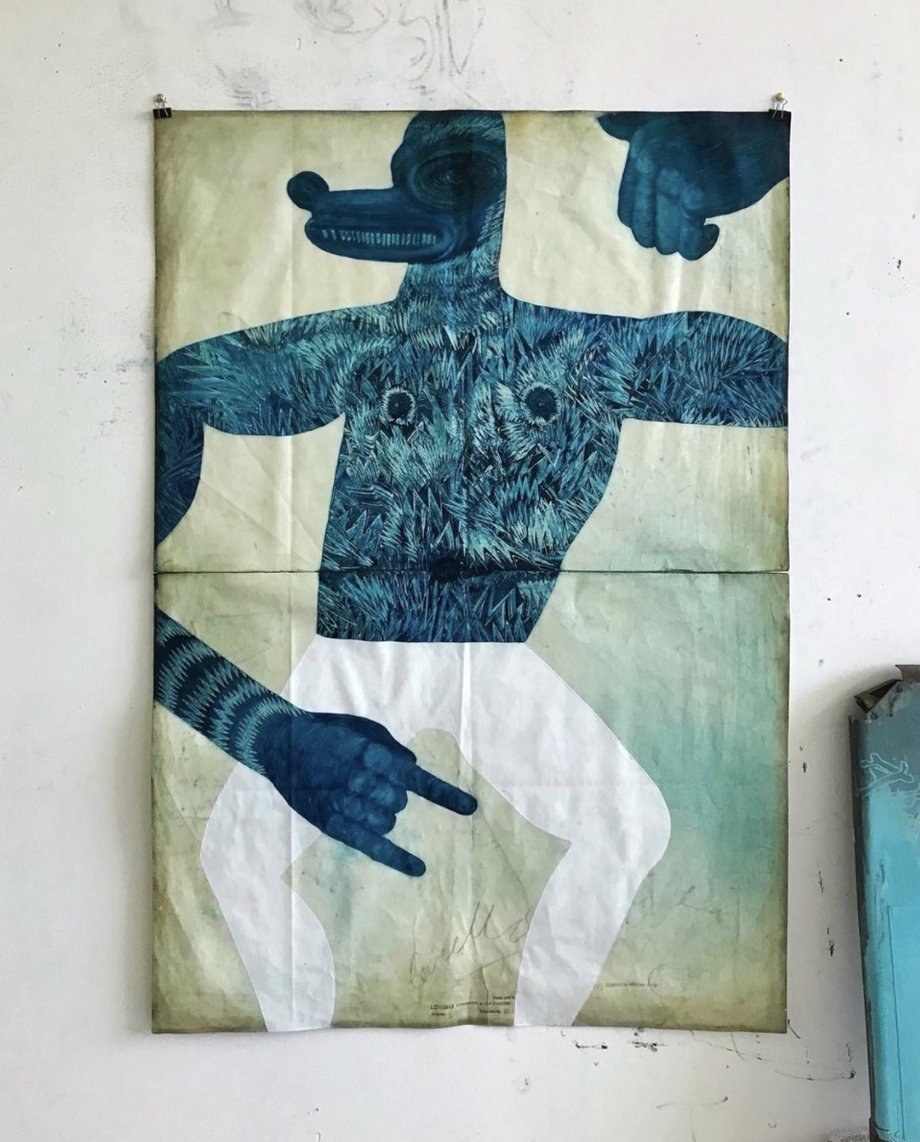