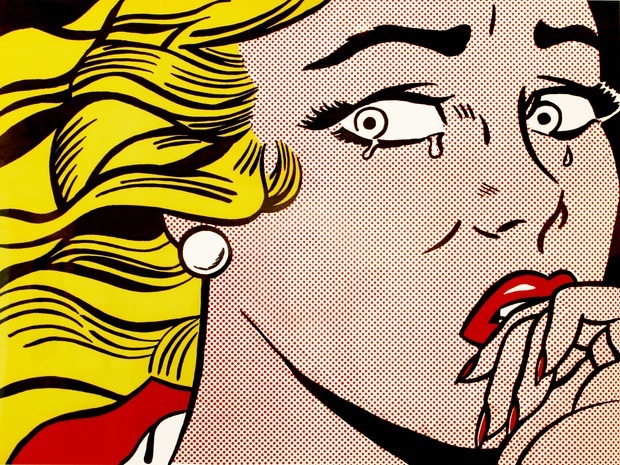 American culture was going through a process of deep change. The traditional and conservative were becoming progressive. What was once the guarded world of high-brow culture slowly started to shift into something more radical. Roy Lichtenstein’s art was at the heart of this evolution - the leading proponent of ‘Is That Even Art?’

In a world of widespread memes, Lichtenstein’s art might not seem disruptive or groundbreaking, but in the context of a stifled mid-century post-war culture, his tongue-in-cheek aping of comic strips - pillorying contemporary culture and behavioural dynamics - was a very ‘disruptive’ moment.

Hailed as one of the founding fathers of pop art, drawing on marketing, advertising and comic book culture, Lichtenstein was able to highlight the zeitgeist through his combination of witty text and bold imagery that, in its simplicity, was able to highlight complex intersocial behavioural dynamics.

That’s one of the defining features of his art, in the context of his peers Andy Warhol or Richard Hamilton - his humour was particularly on the nose. It was impactful, recognisable and presented in such a way that his art became intertwined with the explosion of interesting creative advertising campaigns from agencies all around Lichtenstein’s New York. 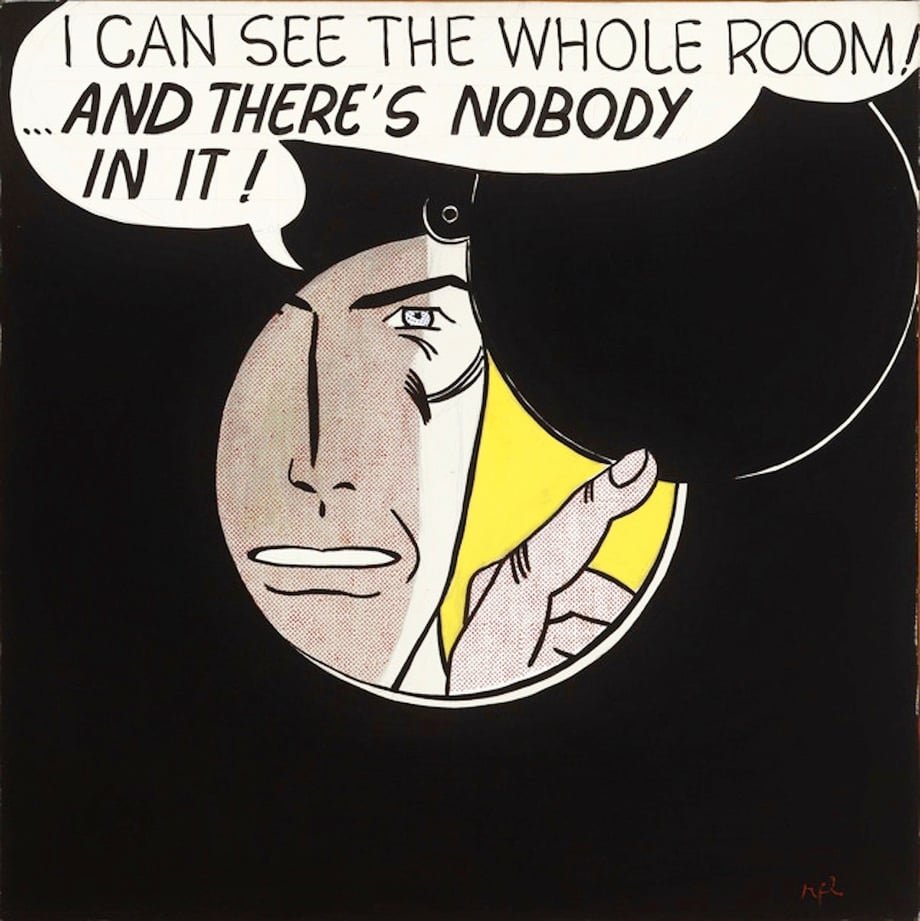 Despite being on the nose, it’s undeniable that there’s depth to his remarks too. One standout example in his oeuvre is his 1961, ‘I Can See the Whole Room… and There’s Nobody In It!’ Set against a black background, his character is looking through the canvas at an audience, making the pointed eponymous remark in his iconic speech bubbles.

It could be interpreted as pointing the finger at a vacuous art world, or at least, the people that are wandering around galleries. Alternatively, many have thought of it as a humorous rib-poke towards the emerging abstract expressionist movement. The stark contrast between the black background and white peephole resembles some of the art that was becoming popular at the time. However, Lichtenstein’s protagonist doesn’t seem to understand what he’s looking at. A sentiment probably shared by many at the time.

This lightheartedness runs through much of Lichtenstein’s pop art pieces, where his kitschy style squares off to the conceptions of contemporary (at the time) subjects. This positioned Lichtenstein, alongside the aforementioned figures, in the firing line of many critics and cultural cornerstones. Despite this, Lichtenstein never yielded. With each new piece, he seemed more confidently the writer of the joke - not its butt. 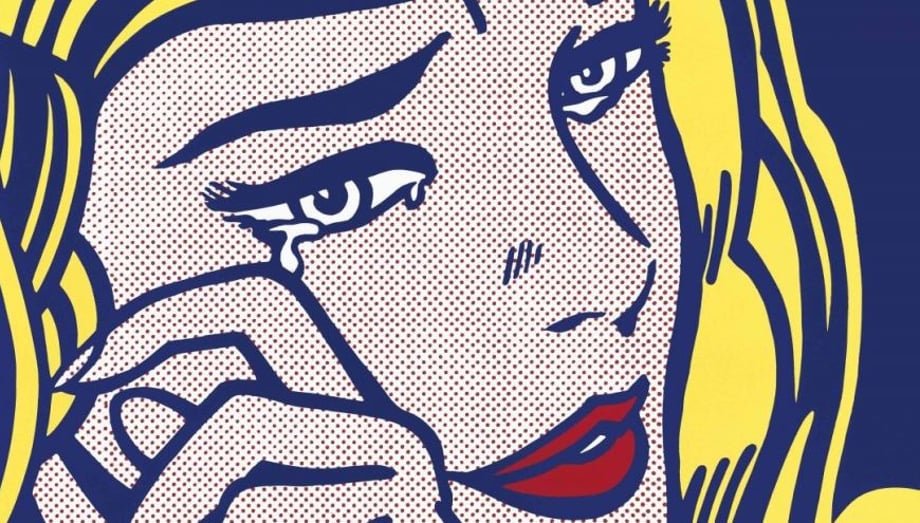 Swimming against claims that his art was simply dolled up comics, that it was easy art, Lichtenstein kept the fun coming. His 1978 self-portrait shows a man with a mirror over his face. Is he telling us to take a look at ourselves or, in the vein of ‘V For Vendetta’, that we are all Guy Fawkes (Lichtenstein)?

Perpetually enduring, despite the years of poor reproduction, much of which erodes the true value of his work that should be physically experienced, rather thn viewed on a screen. In a gallery setting, much of his pieces are large. Some extremely so. On that scale, the true artistry is revealed. However, on a right-slick-save version, it’s lost completely.

Still, they resurface in the age of the meme, the texts often overwritten with more relatable contemporary phraseology. His visual, though, never change. They've captured something timeless. It’s difficult to imagine that Lichtenstein wouldn’t have been happy about this. The jokes he made have been rehashed, like his ideas of the comic strip, to fit the new world they found themselves in. When creating his art and this process, Roy Lichtenstein was inadvertently the godfather of the meme - somebody whose jokes evolved and captured the shifting zeitgeist. He was always their writer and always one step ahead. 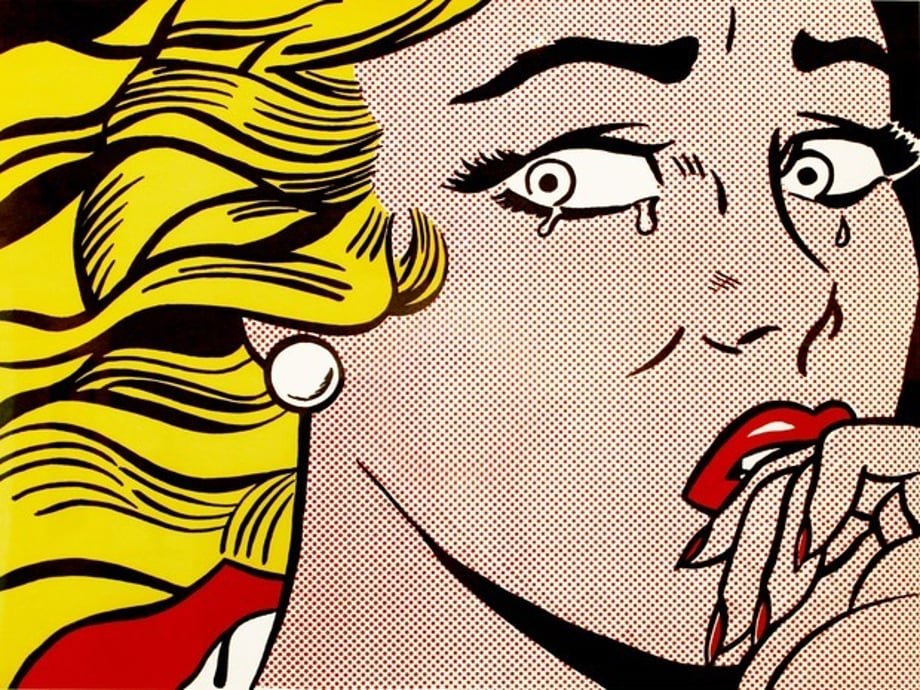 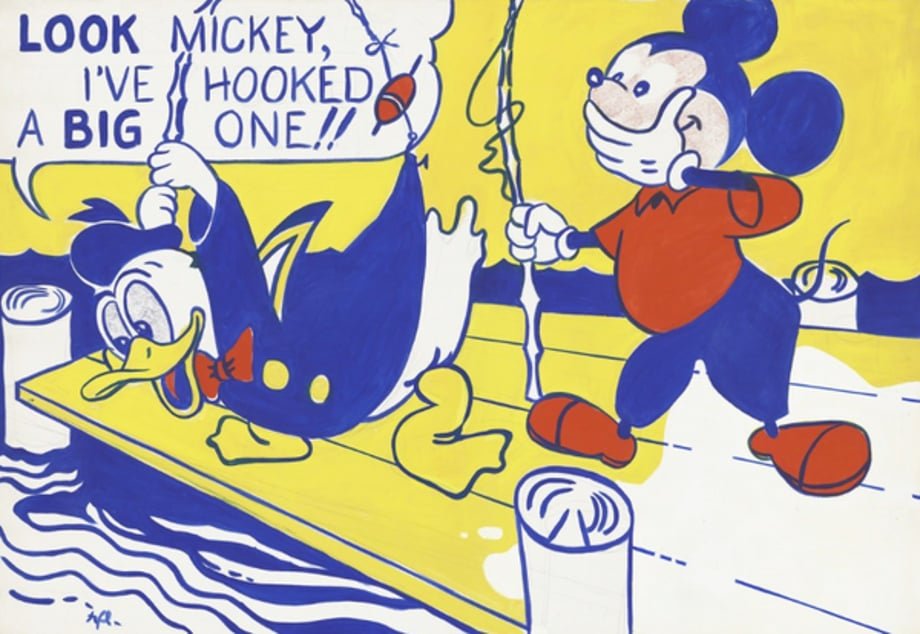 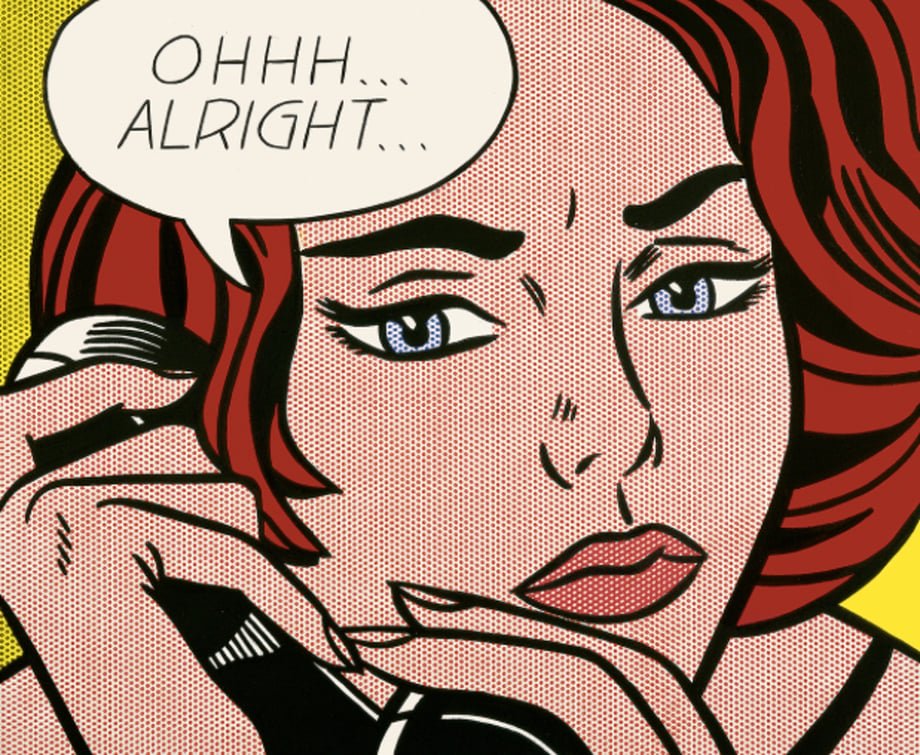 Kami (You Know Me Well) - Light It Up
Where pop culture, graffiti and neon meet.
Edd Norval

May 23, 2022
Nicolás Romero Escalada - Bringing It All Together
From Argentina to the world.
Edd Norval