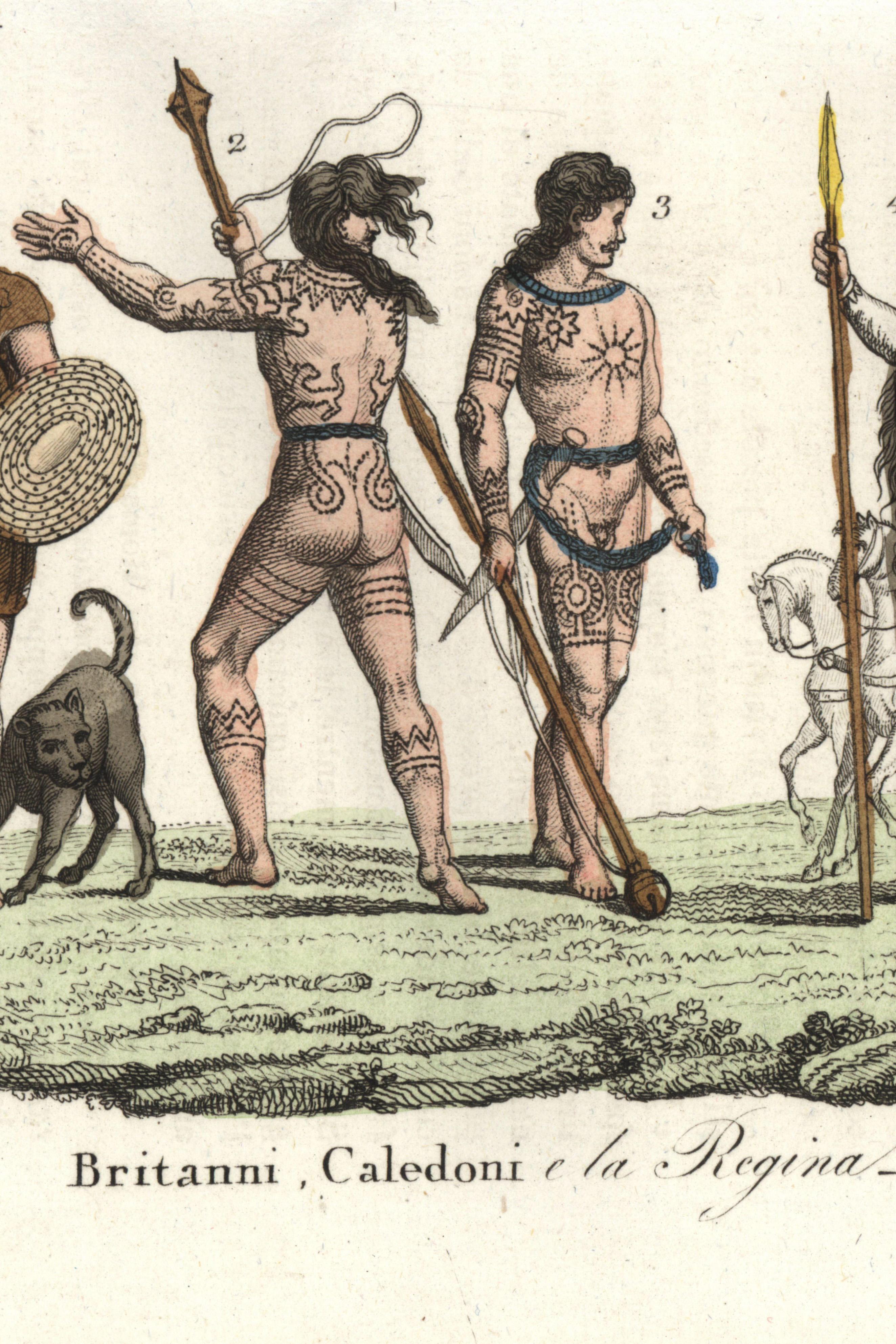 Picts, as a classification for some of Scotland’s earliest tribes, is a term derived from the Latin word ‘Pictii’, which translates literally as ‘the painted ones’. This is an apt descriptor for the howling and ferocious red-haired tribes, whose bodies were the canvas upon which they were able to tell elaborate talkes of mythology - innovators of what we now think of as tattooing.

For historical accuracy, for which this article aims to adhere to, it must be said that there is much debate within historical circles as to whether the Pictish tattoos were permanent tattoo ink, or if it was a semi-permanent paint. So, the basis of this article is derived from what we know, which is, largely, down to interpretive readings of old texts.

Many of the stories of these lithe, largely naked, howling warriors come from Roman historians, who detail their encounters with Pictish tribes on their journeys to Ancient Alba. In these stories, the writers recollect remembering the spear and shield-wielding natives whose indigo painted bodies, a colour derived from the dyer’s woad plant, tell stories of their life and rank through depictions of animals and ancient swirling patterns that often covered the majority of their bodies.

Without any direct records, nor archaeological finds with skin intact, it is difficult to make any solid assertions. Whilst the tattoos of Vikings were thought to be, in large part, depictions of their mythology, the Picts’ tattoos are most commonly thought to show images of nature, celebrations of the Caledonian landscape on which they had settled. 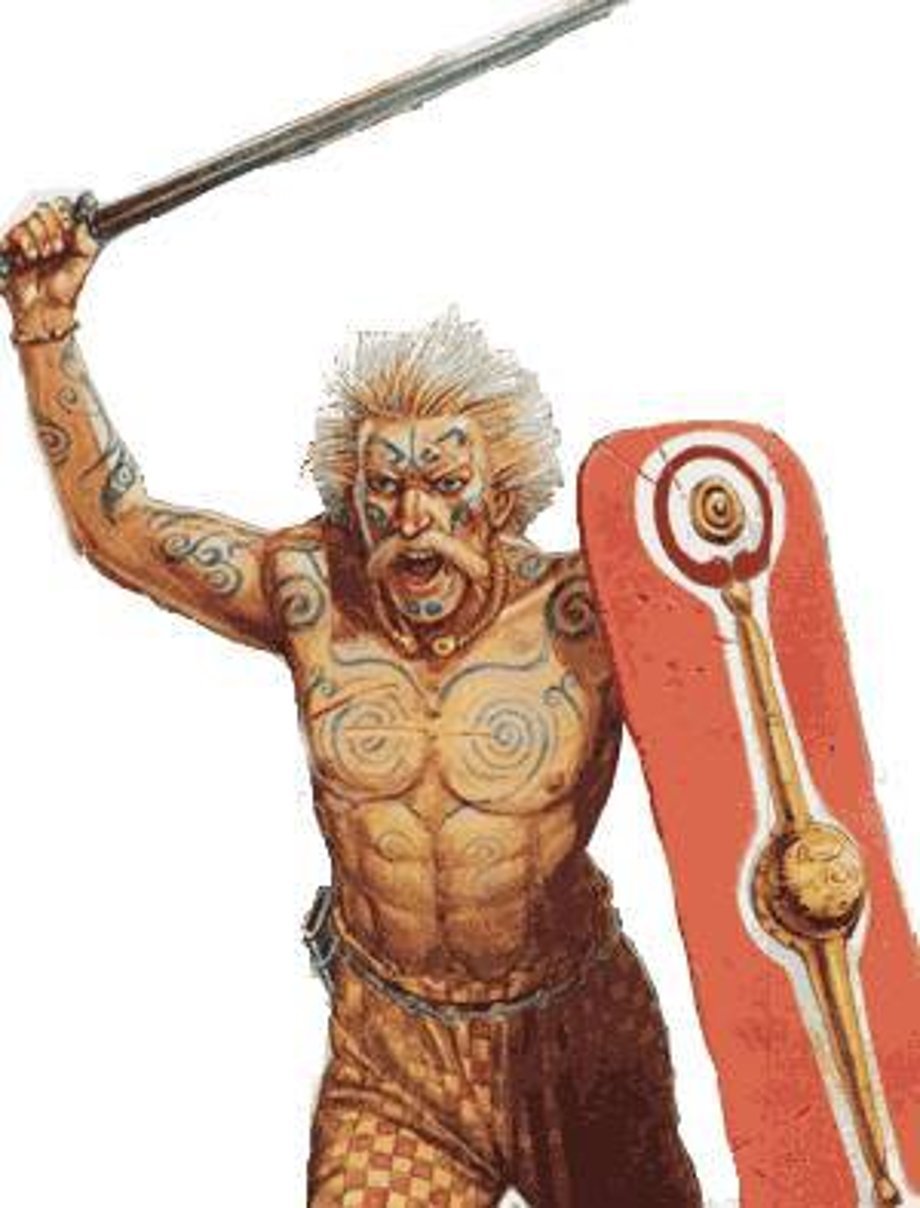 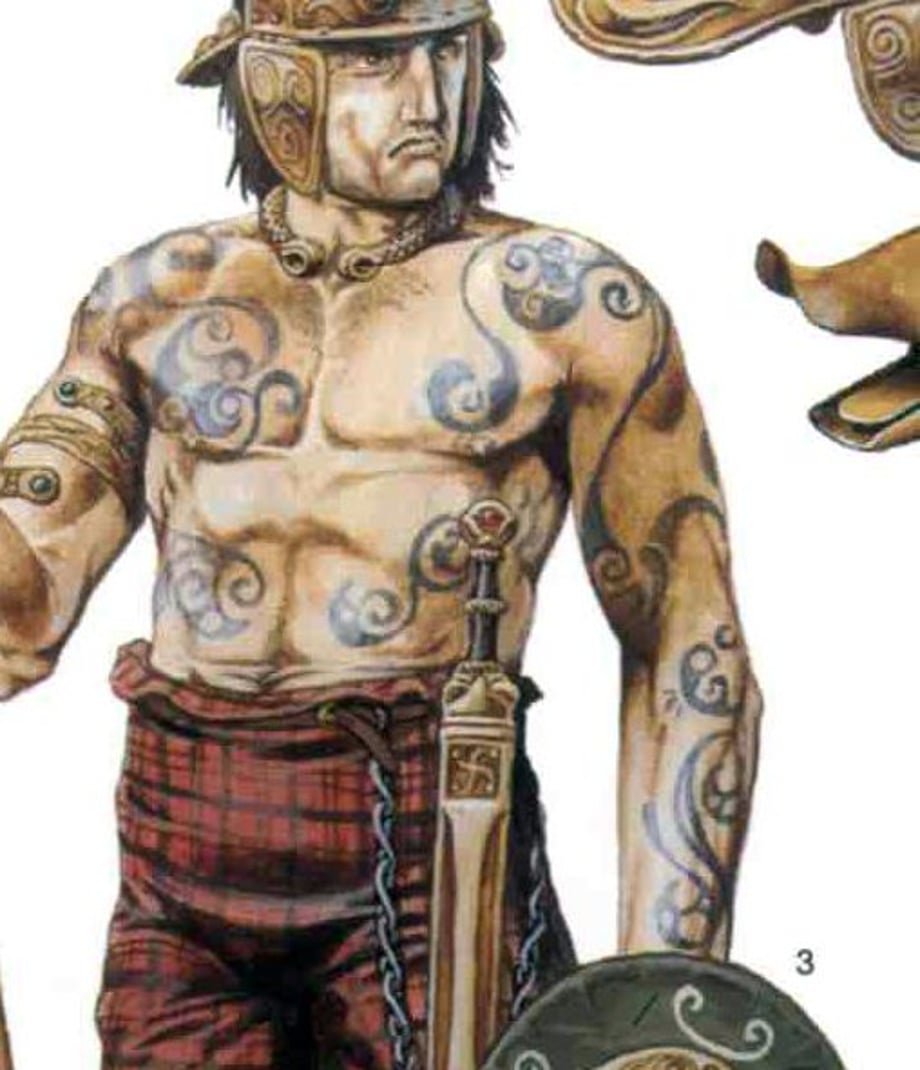 Different to the Gaels and the Scots, the Pictish people are still shrouded in mystery, which makes their practice of tattooing even more intriguing, given that the oral culture practised by the people means that there has almost never been first-hand evidence of any of their customs, despite the testament of many historians to their well-organised military structure and extensive customs - these remain only claims.

One of their customs, stone-carving, might offer an indication as to what was used to decorate their bodies. Professor Martin Carver had this to say on Pictish subjects and artistic quality:

They were the most extraordinary artists. They could draw a wolf, a salmon, an eagle on a piece of stone with a single line and produce a beautiful naturalistic drawing. Nothing as good as this is found between Portmahomack and Rome. Even the Anglo-Saxons didn't do stone-carving, as well as the Picts, did. Not until the post-Renaissance were people able to get across the character of animals just like that.

Whilst the Picts’ origins are debated, it is largely understood that they pre-dated the Celtic people, whilst other analysts suggest they were actually one part of, or a confederation of Celtic tribes. What we do know is that similar evidence details the Celts' history with tattooing and their generally similar appearance, each giving us a degree of insight into the other. If we are to view tattooing through the lens of the Celts, then the story is slightly different. Or, at least, the intentions of the tattoos were. 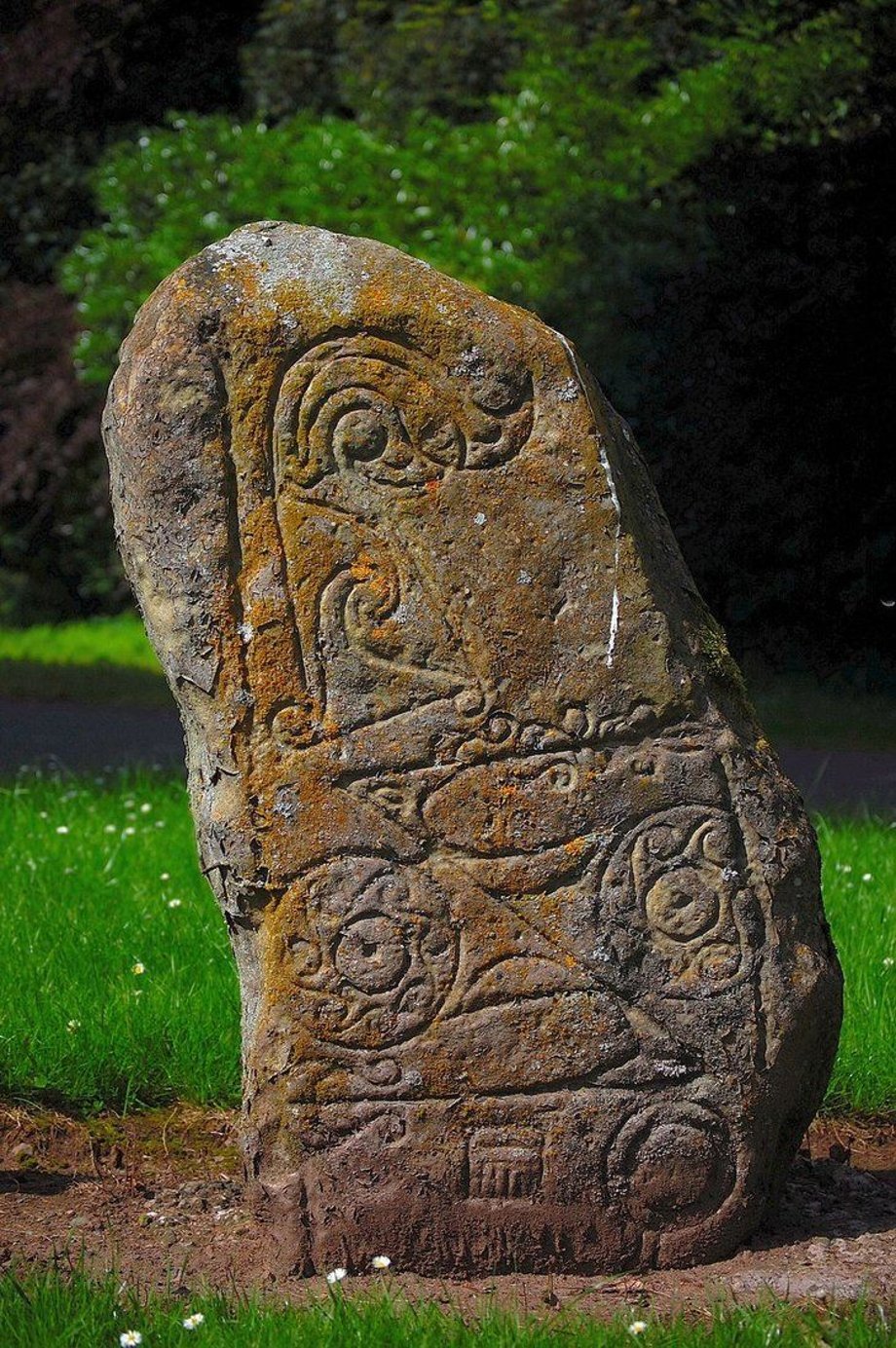 Less to do with highlighting their oneness with nature, the Celts used the same woad plant to tattoo fearsome symbols across their chests, one part of their cerebral tactics in warfare, aimed at intimidating far more technologically advanced opposition through the tactics of fear. Much has been studied in regards to Celtic culture, particularly acknowledging the limitations of understanding caused by the social system of knowledge being stored and passed down by druids, rather than written. However, from what is known, most things came secondary to war. Tattoos were an important part of their preparation and celebration of it.

This, therefore, is probably a strong indicator that the earliest tattoos perhaps weren’t as much about decoration, as was understood of the Pictish ‘painted people’, but more in line with what we know of the Celts - that tattoos were created to make a human appear slightly more than that. A culture that believed in totemic figures - animals were a key part of the visual language, representing the characteristics and values that the warriors hoped to embody in war.

Tattoos now enjoy a very reasonable reputation, becoming far more acceptable in mainstream society, from regular office jobs to visible tattoos in the military. When you happen to go for your next coffee though, and see a barista with their arms entirely bereft of spare skin, think back to the originators - the warriors who would be far less likely to be serving you a drink over serving your last meal.

With Pictish and Celtic tribal tattoos on the rise again, it might be time to don the spears once again. 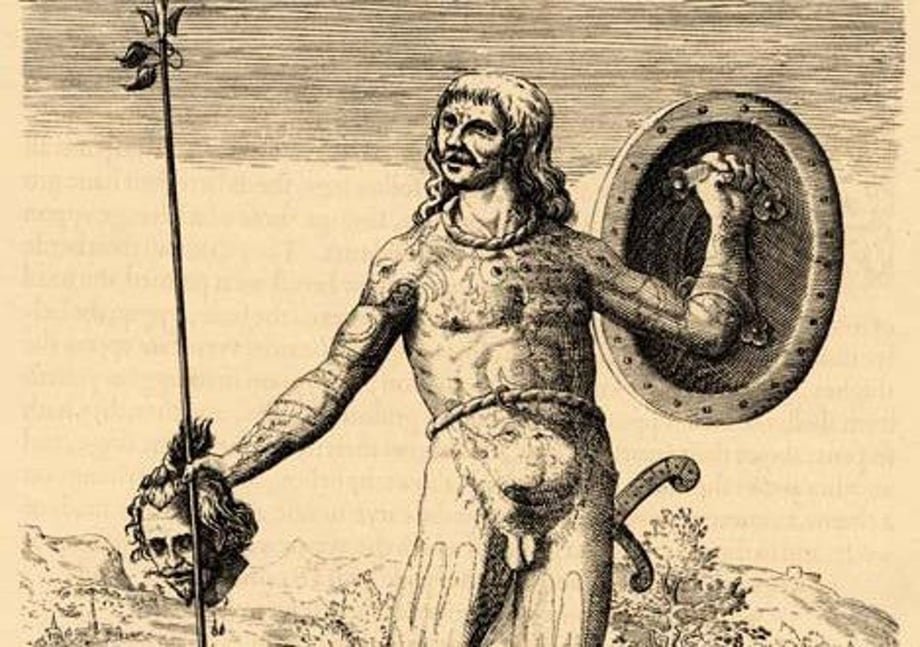 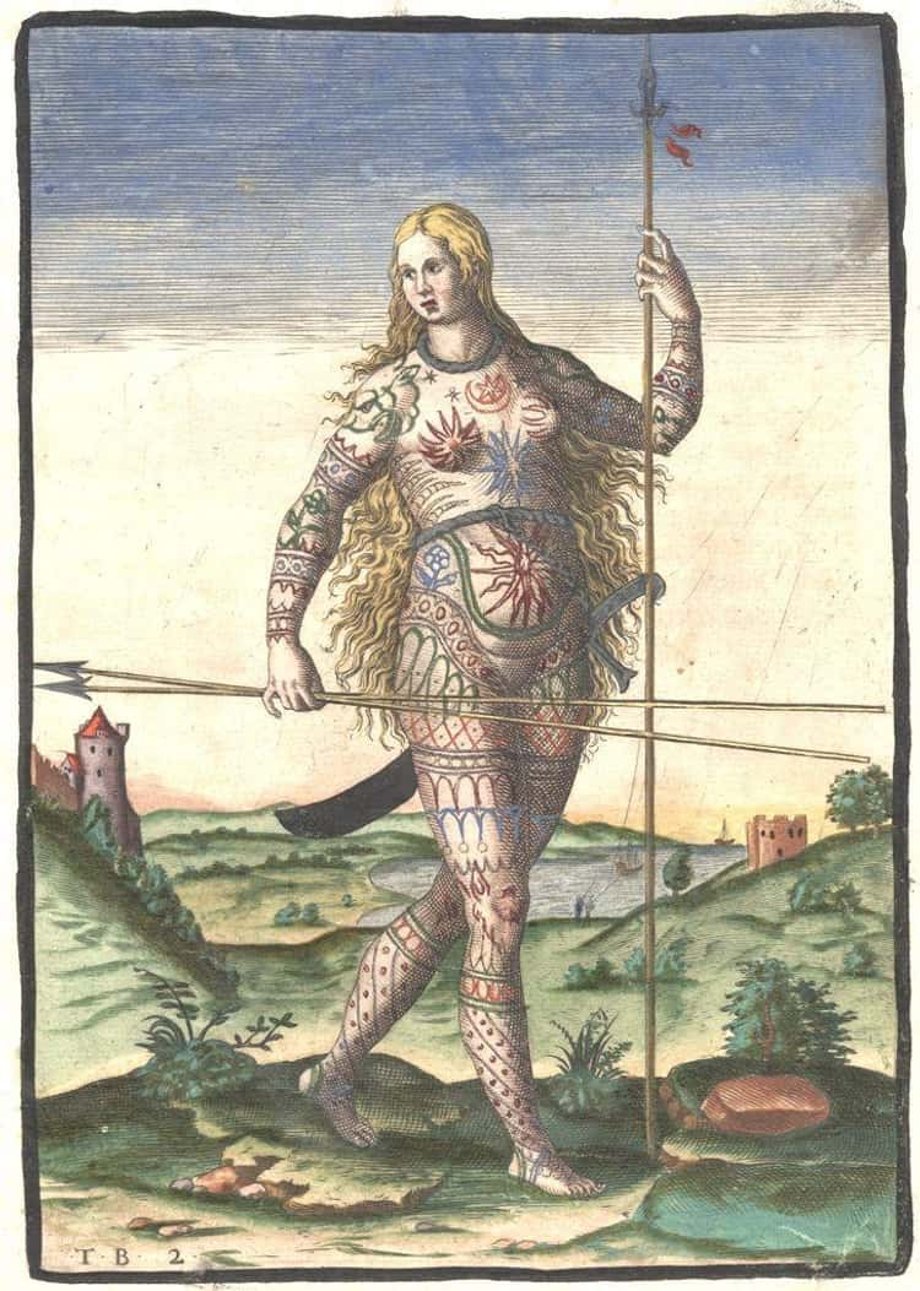 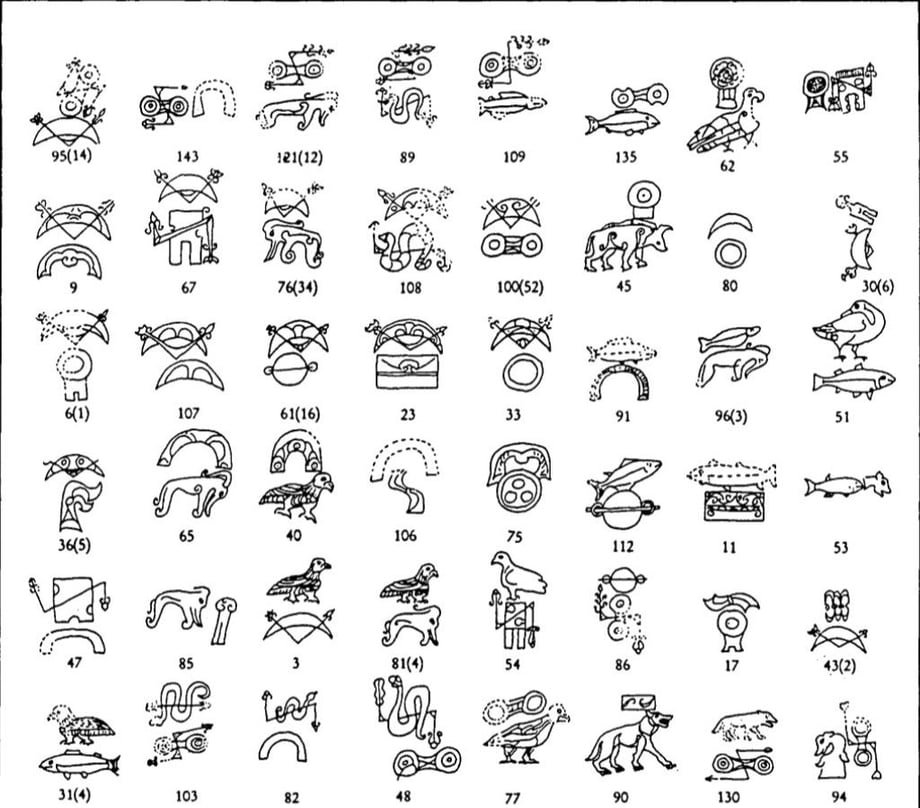 July 1, 2022
The Serbian Subculture of Turbo-folk
What brough Turbo-folk back?
Edd Norval