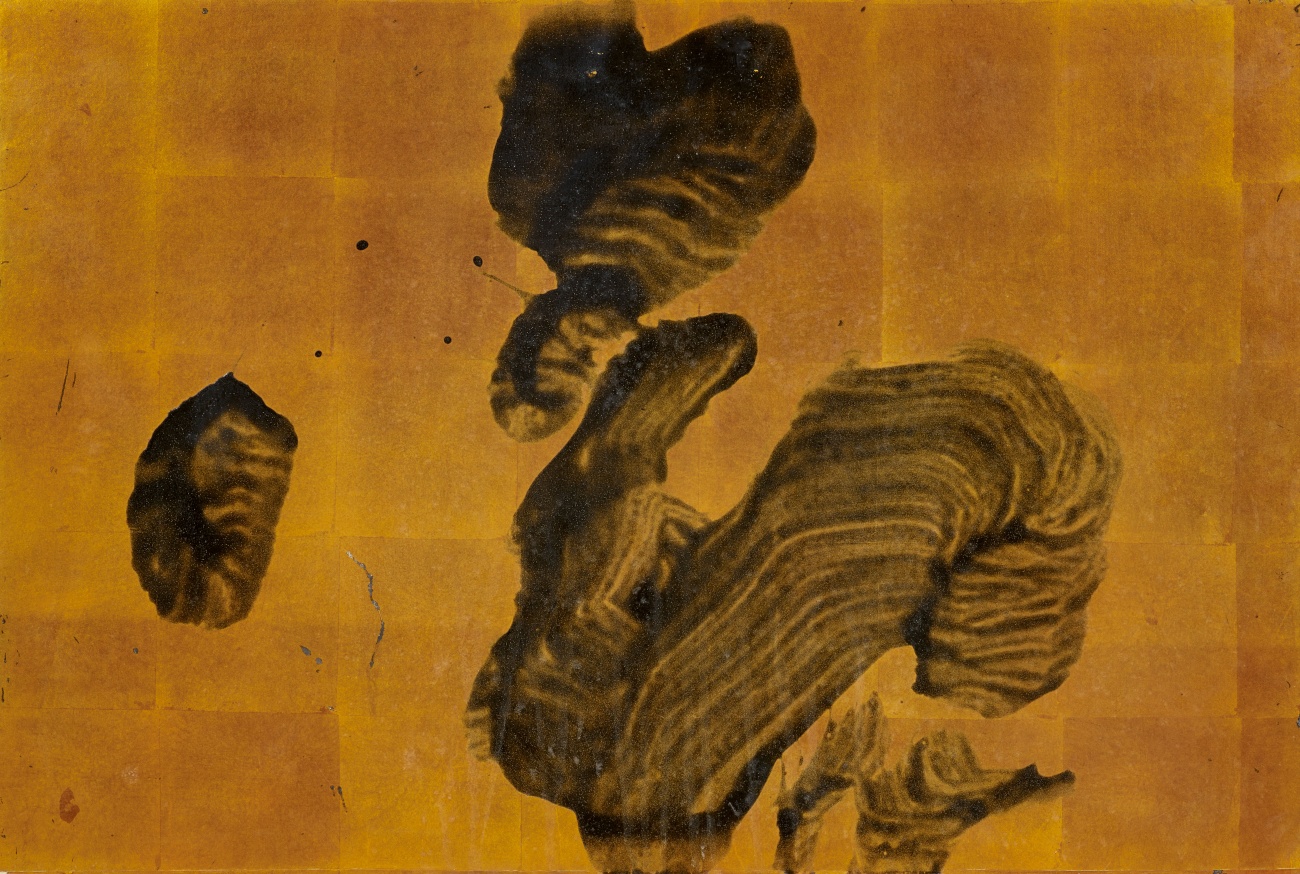 Calligraphy sits in between the utilitarian and the aesthetic. It serves both a very real purpose whilst having largely decorative elements included. As such, it is instantly recognisable to people within or out with the artistic disciplines. Morita Shiryu, a Japanese calligrapher, had different ideas altogether though.

Shiryu’s works were renowned for taking the shapes of calligraphy, with its emphasis on line, structure and on the construction of form, to their most abstracted. At that point, it’s difficult to label his works as ‘calligraphy’, but that’s exactly what they are. As with many that revolutionised their discipline, Shiryu - Japanese for ‘dragon child’ - first learned the rules before breaking them.

Studying an apprenticeship under master calligrapher Ueda Sokyu - whose own work had come to break with tradition in a more reserved manner - the young artist spent around six years with the veteran. In Ueda Sokyu’s works, he had begun to incorporate a sort of living imagery within the words, painting the characters in a semi-pictographic manner, making the word evolve from representational to actually becoming its subject.

Building on this knowledge base from the elder calligrapher, Shiryu began his experimentations upon returning to Kyoto and integrating himself into the city’s artistic scene, becoming aware of the various disciplines beyond calligraphy, which prompted him to think about what calligraphy really meant in Japanese tradition and how, hypothetically at the beginning, it could make sure to remain relevant in his homeland’s future. 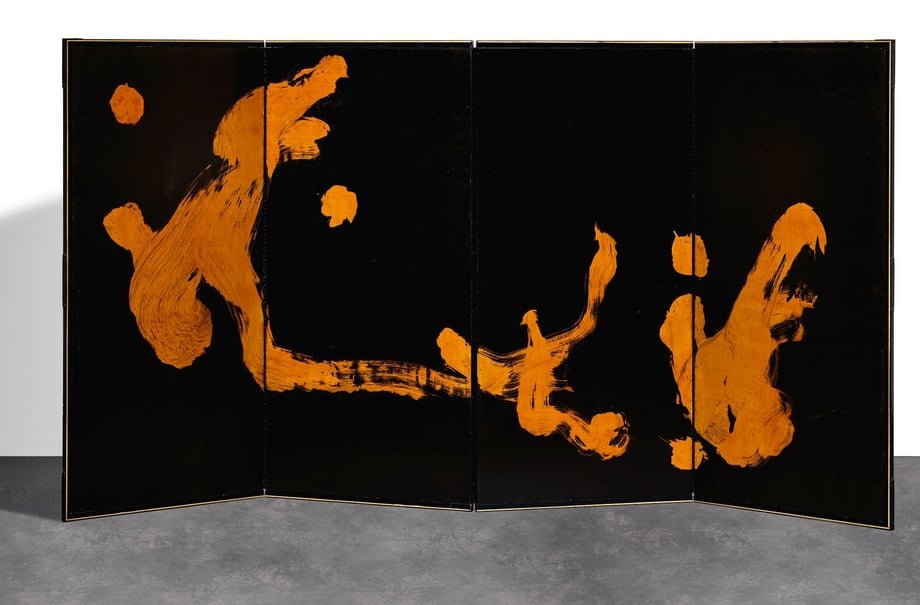 To do so, Shiryu saw the potential of bringing calligraphy to an international audience, that by showcasing Japanese culture, it would evolve, as cultures always have, by adopting inflections of others. A man of action, Shiryu founded the Bokujinkai - a collective dedicated to researching and exhibiting calligraphic art. With this group, he'd begin working towards his vision.

In their manifesto, the group, Shiryu a key member, deemed the current state (early 1950s) of calligraphy to be ‘impoverished’, largely because it had developed in isolation from international art for such a long time. To this group of young revolutionary thinkers, calligraphy was placid and dusty. Their mission was to add verve to the careful swerve and attempt to elevate the Japanese art to new heights beyond its national borders. 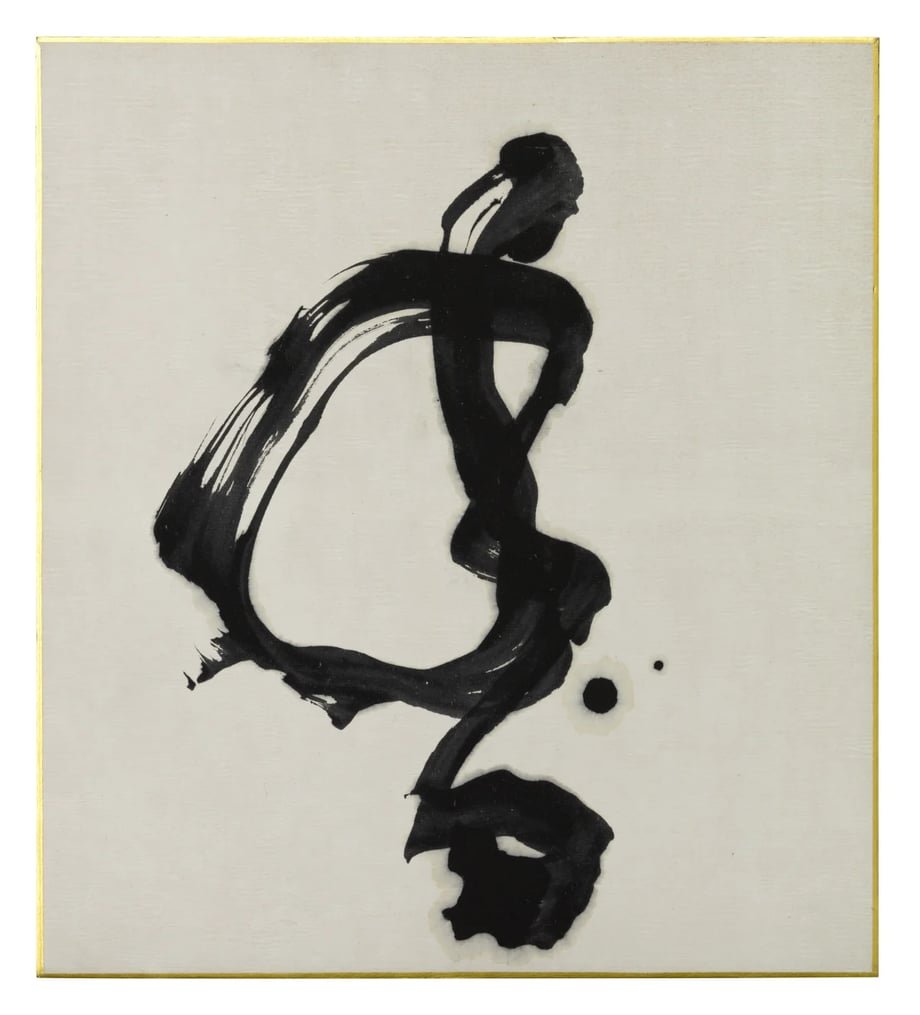 Situating calligraphy as nucleated only to their ‘one corner of the Orient’, Shiryu wanted to emancipate himself from geography by innovating his own form in collaboration with other Japanese artists, incorporating various disciplines to end up with something that is extremely dynamic and emotionally raw - a true alternative to the strict social norms lived out daily in Japan.

Honest and visually compelling, the artist’s correspondence with global abstract artists came to fruition in his works that weren’t only groundbreaking in form, but also in the materials used. Over time, his works have become regarded as a crucial part of Japan’s calligraphy history, representative of an open-mind towards an old form, a calligraphy for the whole world.

Innovation is in Japanese blood and through Morita Shiryu's veins it ran. He has left an indellible mark on Japanese art and, beyond that, on the power of global collaborative creativity. 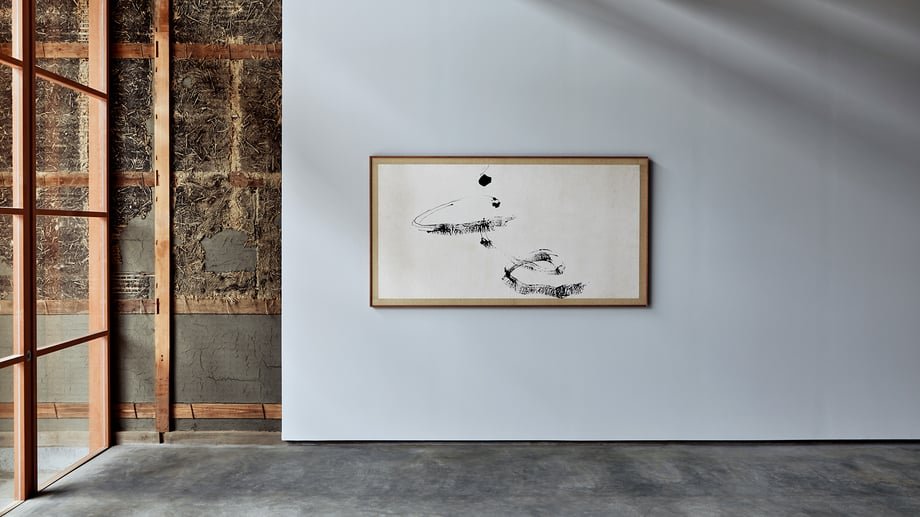 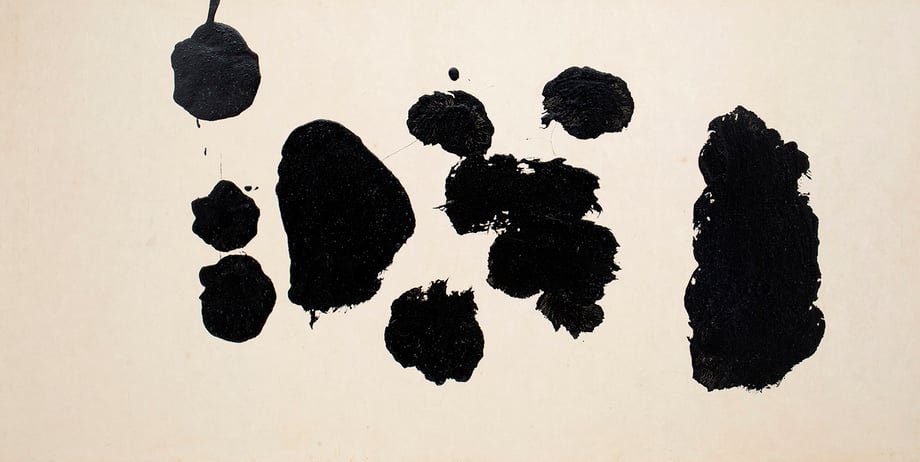 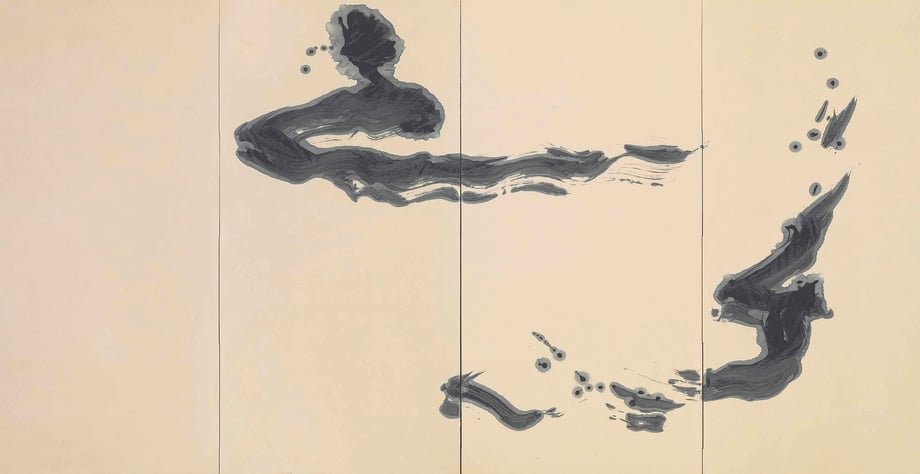 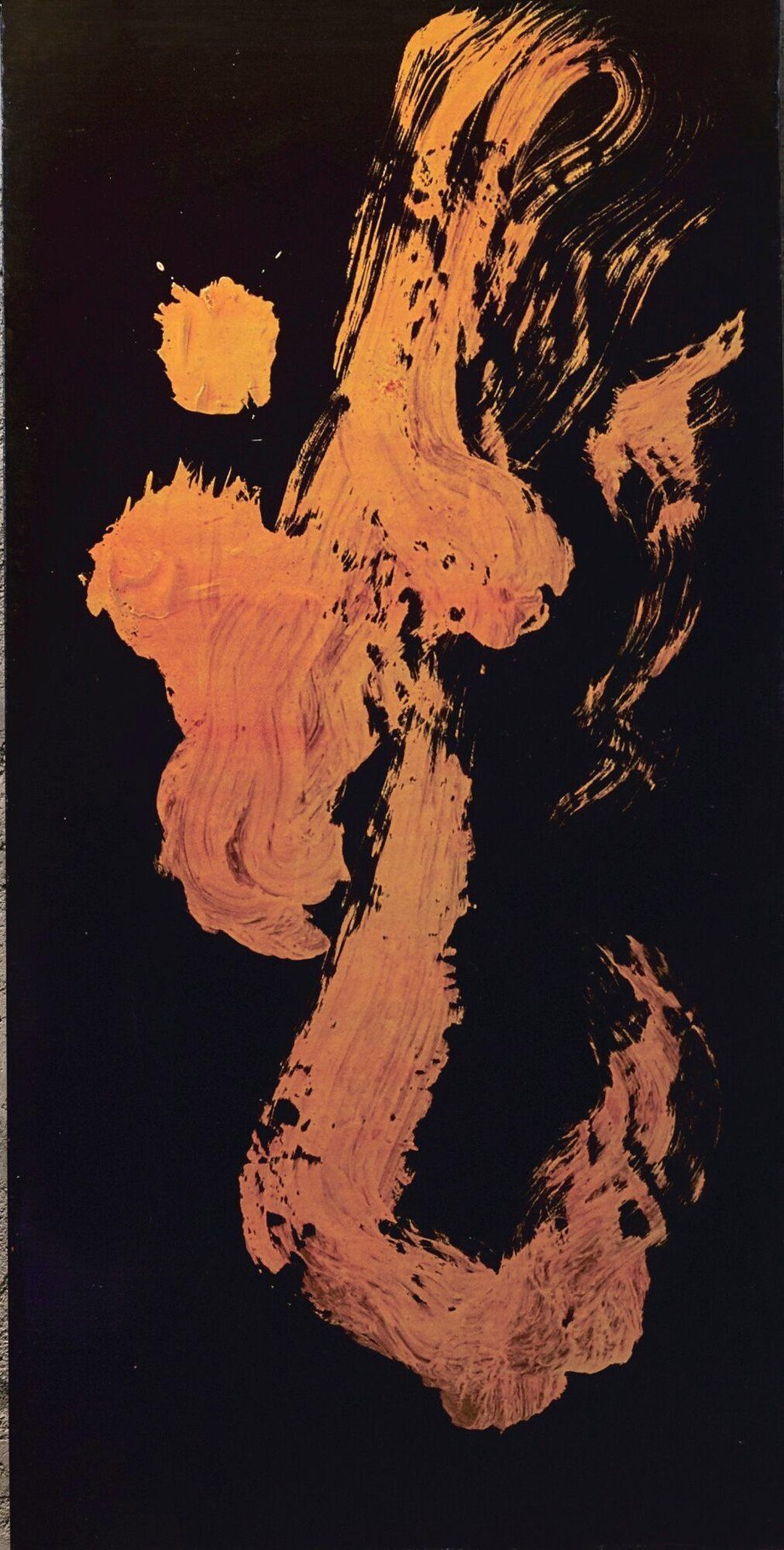 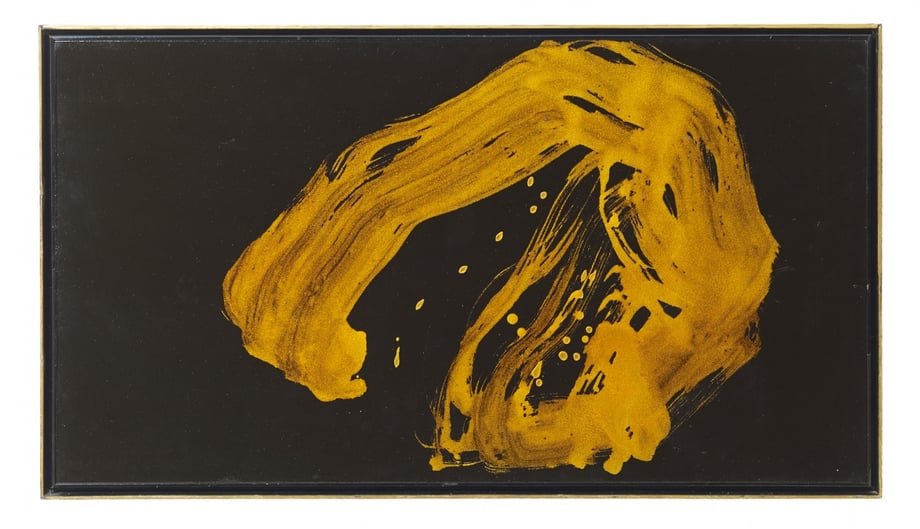 June 20, 2022
Joe O’Donnell - It Could Well Be Knitted
Joe O'Donnell painted tapestry-esque works could we be knitted.
Edd Norval