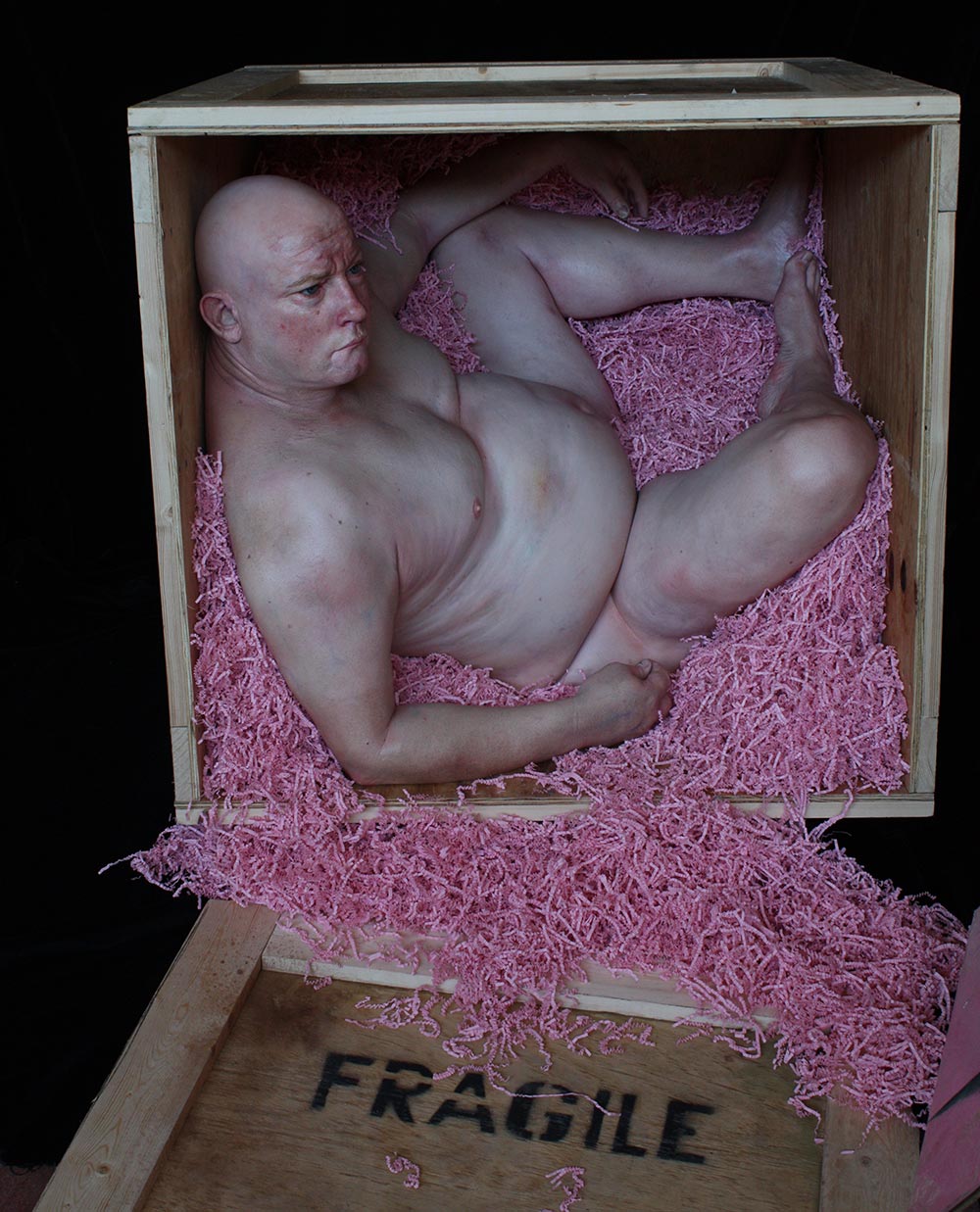 Walking through wax museums as a child is an incredible experience. Without a full understanding of the depth of humanity, these sculptures are no different to us, apart from they don't move. Walking through one as an adult is similarly incredible, albeit for different reasons.

Sculptor Marc Sijan is widely regarded as the leading practitioner of the hyper-realistic style. It's like a maxwork museum, except it's people that you don't know, yet through their likeness of being - you somehow do. Comparing his work to such a museum isn't a note on quality or craftsmanship, Sijan is known as being second to none in this respect, rather it's the feeling of disbelief that both can induce. What's in front of you isn't real, but every part of your mind's grappling with the signs that it should be.

Firstly, he creates his figures life-size. This means that you're effectively walking amongst a room of his art as if you were in a fully populated room. You'd be forgiven for miscounting how many people were present, should you decide to do an impromptu head-count.

Created in reflective solitude, these figures are best enjoyed in a similar manner. Taking anywhere between 5-months to one year to complete, his well-hidden studio is his sanctuary where he brings materials to life over this period of time. His relationship with the figures becomes intimate in the way that any artist's does. They are a subject that he must know and understand. Closeness to reality doesn't just come through the reflection of light in their eyes or the texture of their skin, rather how their features work together in a body language that is believable. 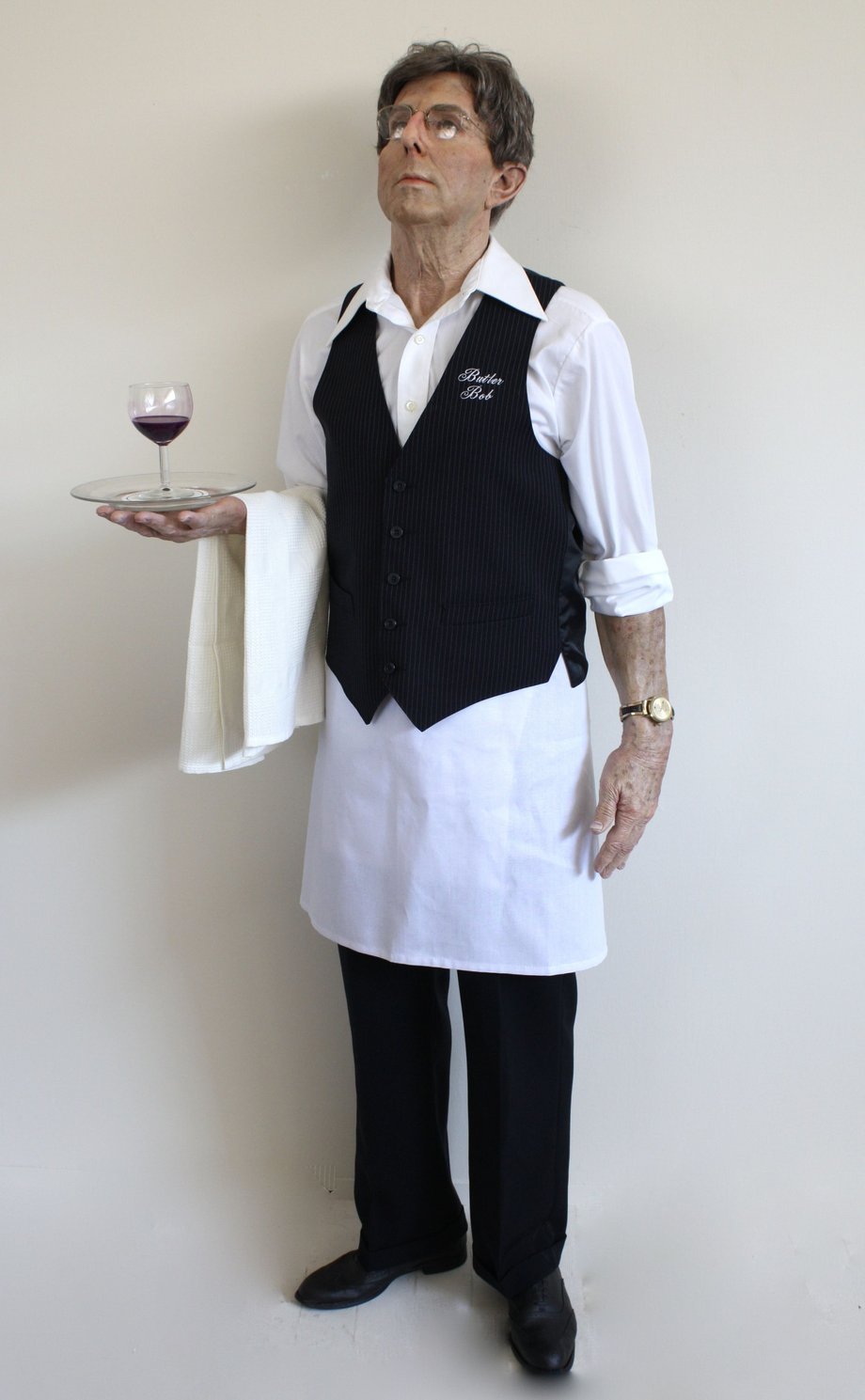 That means that they're not all standing, but rather are cast in behaviours reflective of their circumstance. On his website, a particular figure is mentioned, an African beggar that he photographed whilst on a trip. It was imperative to understand the man, so Sijan spent time with him, done his artistic due diligence before creating a clone for the world. Immortalising someone in this way is daunting. Life is a precious balance.

This balance is a spectrum. There's strong and weak, beautiful and ugly, fat and skinny - all subjective of course. But his figures aren't of a particular set of people, unlike these waxwork museums. These instead embrace the multiplicity of human life and all of its forms. An emaciated body with ribs showing can be just as harrowing as an obese body. Someone physically weak can appear much stronger than someone better physically endowed. It's an attitude and a spirit. His figures must emanate theirs accordingly.

What makes hyper-realistic art go above and beyond photographic works (in this genre of art) is that the perception of the human eye is far more acute than that of a lens. We perceive light differently and likewise, our perceptions of what should be more or less prominent is imbued with a sense of imperfection innate to our own psyche. Our eyes are often disproportionately drawn to things that are out of the ordinary, even if they aren't particularly noticeable. Our perception is finely tuned to 'normal' and 'not normal'. Sijian, as sculptor, has the power to experiment with these values.

His work will be on display in an upcoming exhibition Beyond Reality that's displaying at London's Opera Gallery from December 13th. The exhibition will feature many other artists working in the hyper-realistic style, although not necessarily just with sculpture. Other artists featuring will be Tigran Tsitoghdzyan, John Humphreys, Yigal Ozeri and Mike Dargas.

To see Sijan's work in this context will be interesting. He has his way of seeing people, naturally, organically and 'warts 'n' all'. Others have a different focus, but all with the same goal in mind - exploring humanity through art. His fascination with sculpture came after he was studying to become a teacher when a mandatory art class he was doing piqued his interest. Although sculpture didn't run through his veins since being younger, a love and respect for people clearly did.

Of all the variety of sculpture that one could begin to work in, hyper-realism remains one of the more obscure. We see wax-work museums and we remember that they can evoke celebrities dead and alive, or we see special-FX guys in cinema, but rarely does it cross our minds to imagine them as Sijan has. Both the people and the style stands out in its own right. It's through nearly five decades of work that he's gotten to this point and as his work becomes more widely viewed, that we are now at the point of understanding its scope more fully.

Hyper-realism has a unique ability of always looking like it's gone as far as it can, after all how realistic can something be? Yet somehow it manages to reinvent itself. That's where it's down to guys like Sijan and the artists that are willing to explore the depths of humanity and present them for the world to see. There are always going to be people, all of them with stories. Hopefully there's always someone willing to tell them in new ways. 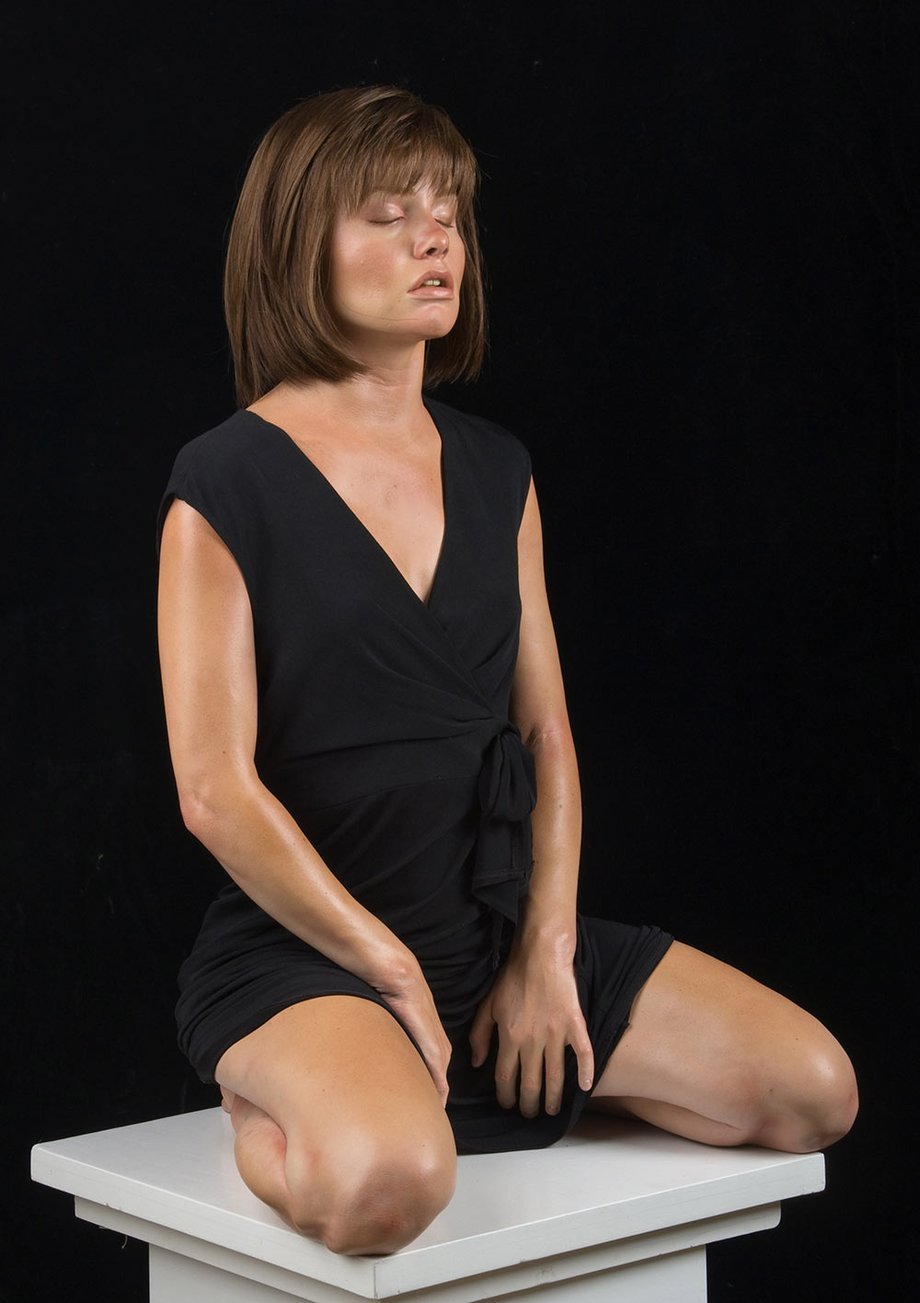 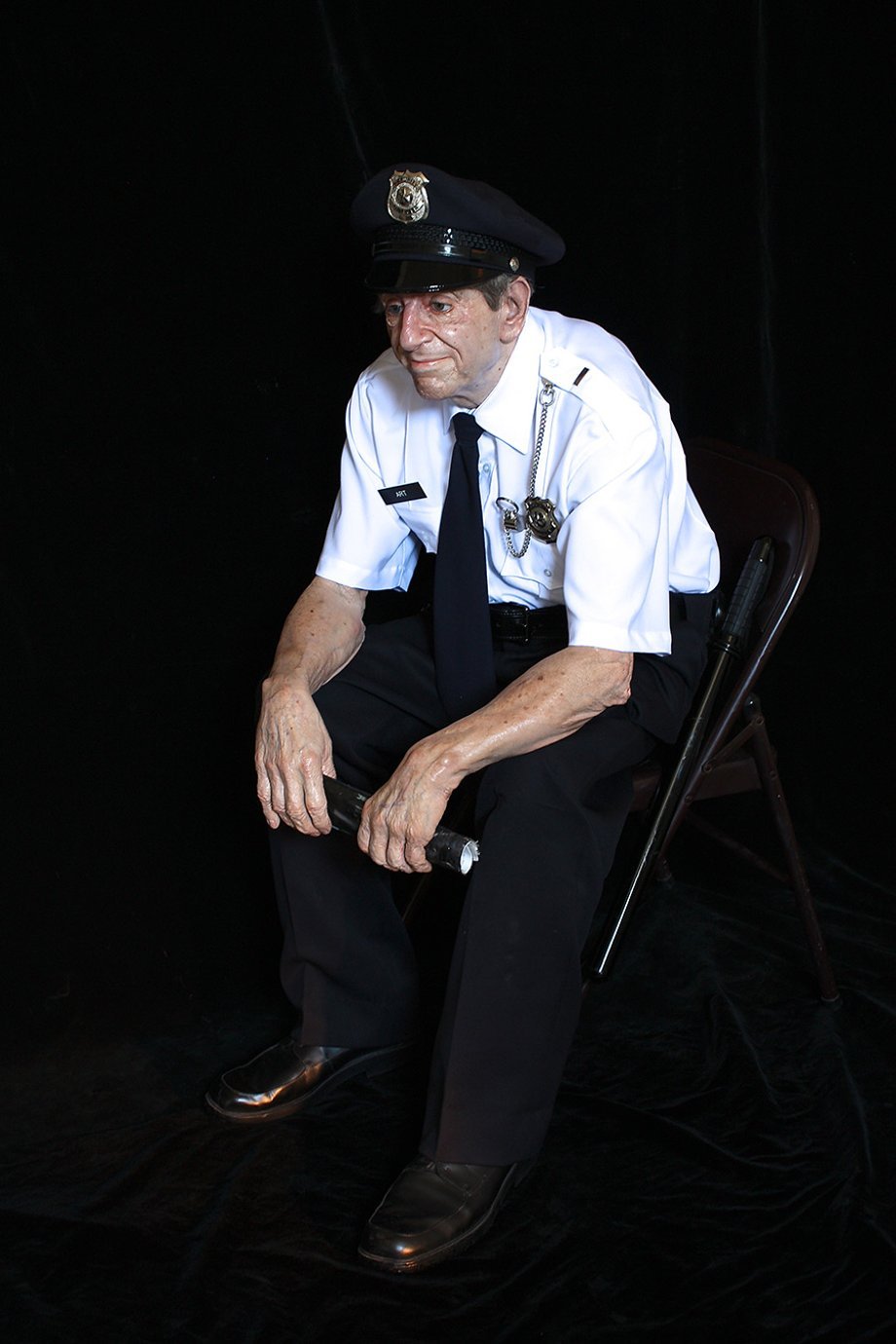 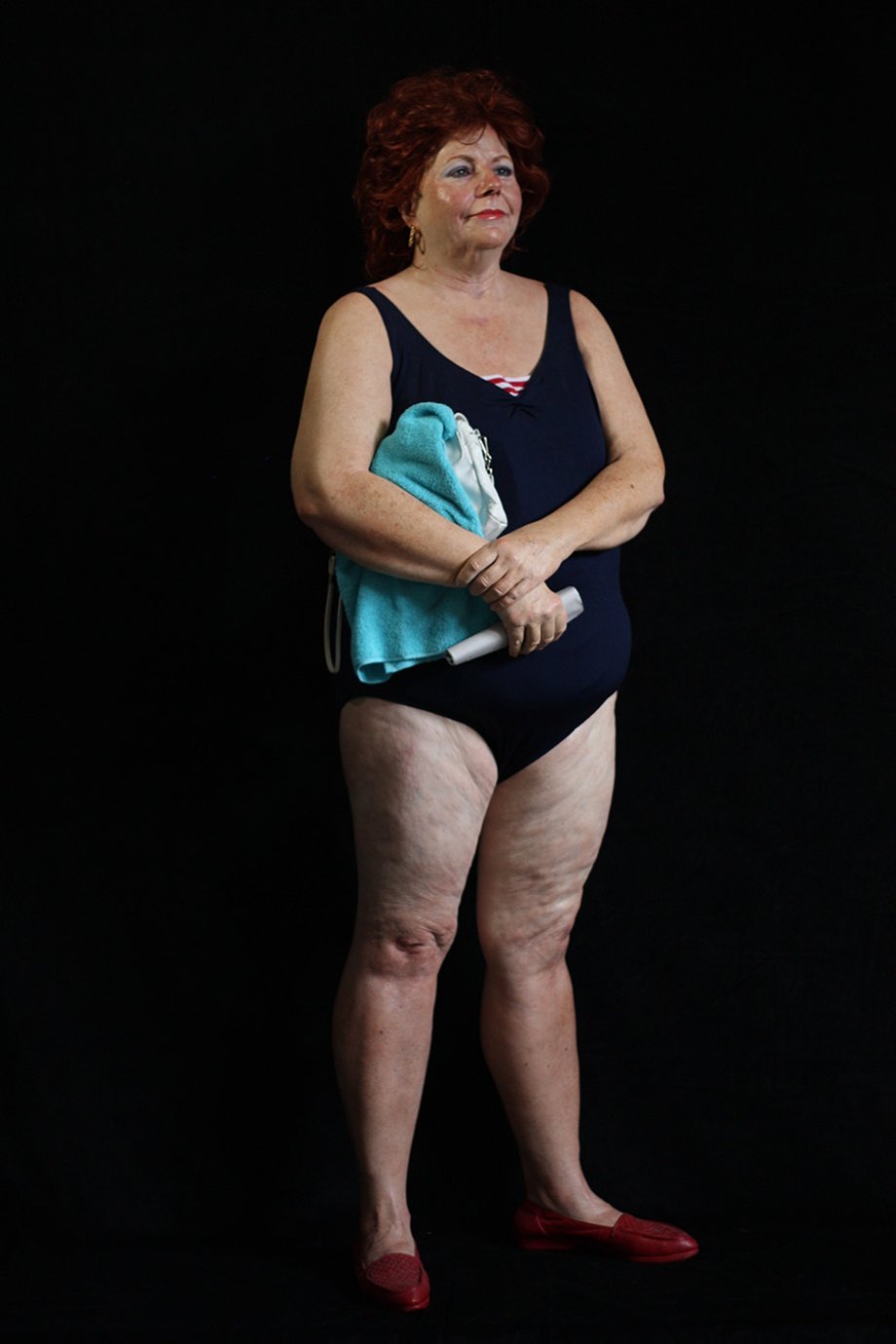