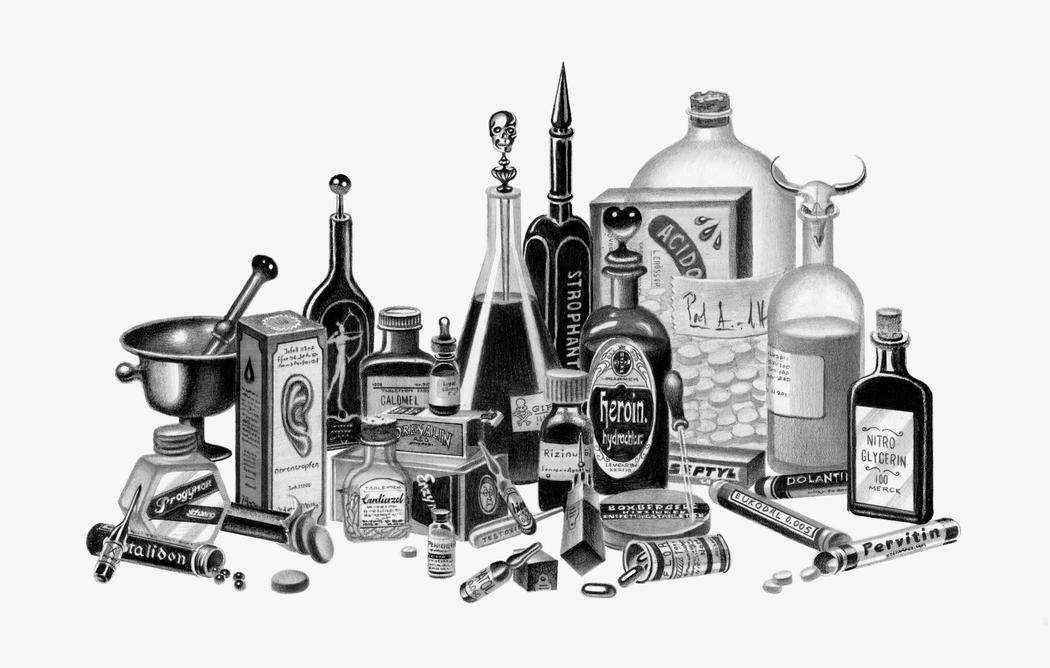 Maciej Toporowicz – The Art Of The Drugs Of War

Maciej Toporowicz's artwork has always invoked violence, but none with the subtle energy of his 'Speed' collection. The title pretty much tells you the two focuses of this work - drugs and movement, namely the use of pharmaceuticles to propel the movement of soldiers on the frontline.

There is a long history of drug use in warzones, from hallucinating Vikings to the countercultural movement of the US making its way to Vietnam. These chemically altered states-of-mind shifted the psychological landscapes that wars are built on to create a truly hellish concept of the horror of war. It takes a lot to run head first into loads of other people when they have swords and shields, but not if you're so out of your face that you feel invincibly numb.

For example, when vikings consumed the hallucinogenic fungus 'amanita muscaria' as they charged in their Odin-inspired bear skin outfits, it's difficult to fully imagine just how wild a scene would look like when hundreds or thousands of skilled fighters are tripping. Consumption of the fungus allowed them to immerse themselves in the mythology and religion that they lived their sober lives dedicated to. They were after blood and Valhalla and would do anything to get it. Even if that meant losing their minds when they needed them most. 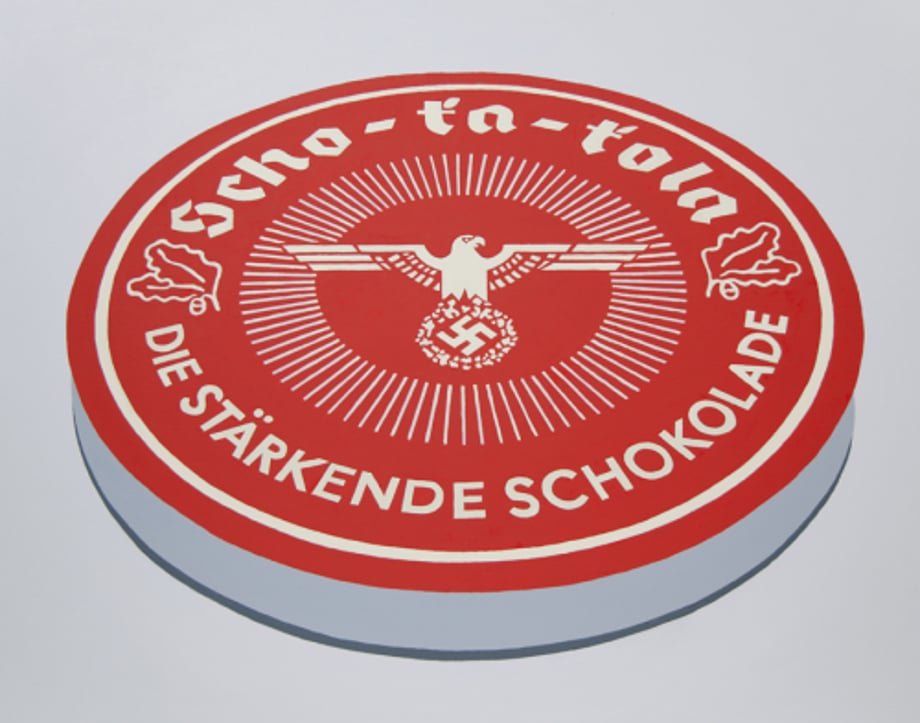 More recently there's been the use of hash and grass in the Vietnam War, which is commonly seen as the first 'pharmacological war', that allowed the soldiers to keep going with the reward of a smoke between outbursts of violence. It would be a lie to say that this war was the first though. The real drug that got people going was methamphetamine, used vicariously in World War 2 by the Japanese kamikaze fighters and the German Nazis.

It's this subject that concerns Toporowicz in his acrylic depictions of the packages that methamphetamine came in during the war years. The clinical precision and perfection of the paintings give them a glossy David Hockney feeling. An image that belies the darker story behind the subject matter, satirically sanitising one of the most disturbing aspects of one of history's darkest periods. 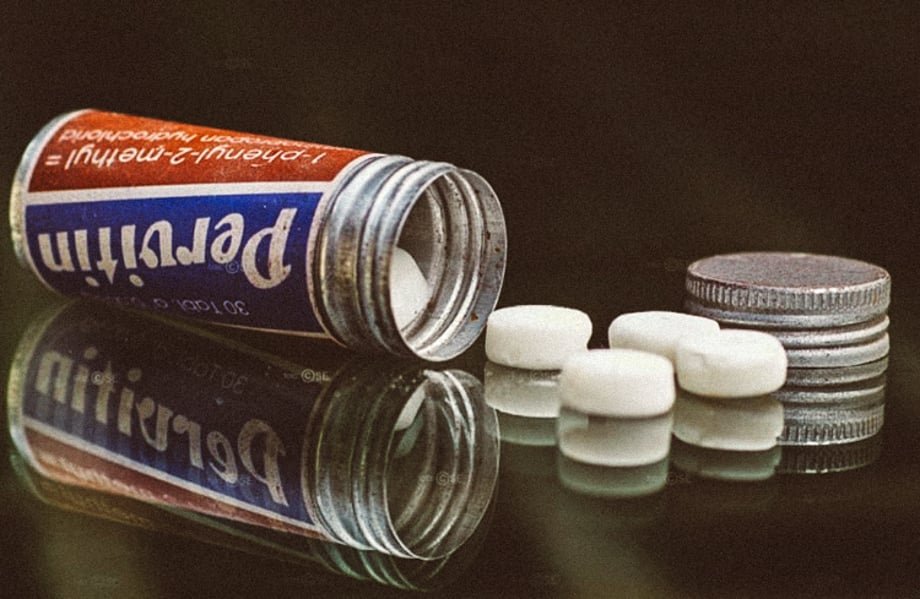 In truth, without the use of methamphetamines in the war, everything around us might look rather different. Without them, Hitler might have have been less megalomaniacal, but he also wouldn't have burned out so quickly - less rage and less violence, but spread over a longer period of time. There mightn't have been Kamikaze fighter pilots, smashing their soaring plane-cum-projectiles into docks and ships completely out of their minds on meth. Why else would anyone do that?

The commonplace designs on the packaging make them look like headache tablets, branded to be sat on the shelf beside some aspirin - entirely undermining the fact that they managed to drive some of the most destructive chapters in human history. Innocuous. Innocent. A wolf dressed in sheep's clothing.

Drugs in war is nothing new and it'll probably never change much. Toporowicz is drawn to the dark sides of the human psyche, previously having taken on serial killers and car-crashes in similarly abstract and insightful manners. Images concerning these subjects are often outwardly obvious or violent, their evil is plain for all to see.

With this collection though, they are innocent, simple, plain and their evil is deceptively disguised. It's maybe this naivety, masking the true and hidden danger, that makes 'Speed' one of the artist's most terrifying projects to date. 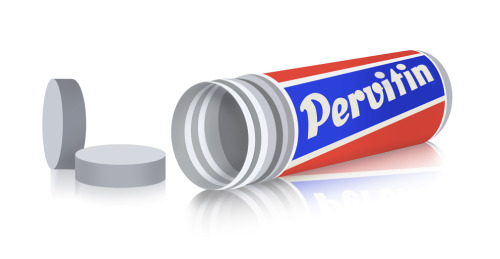 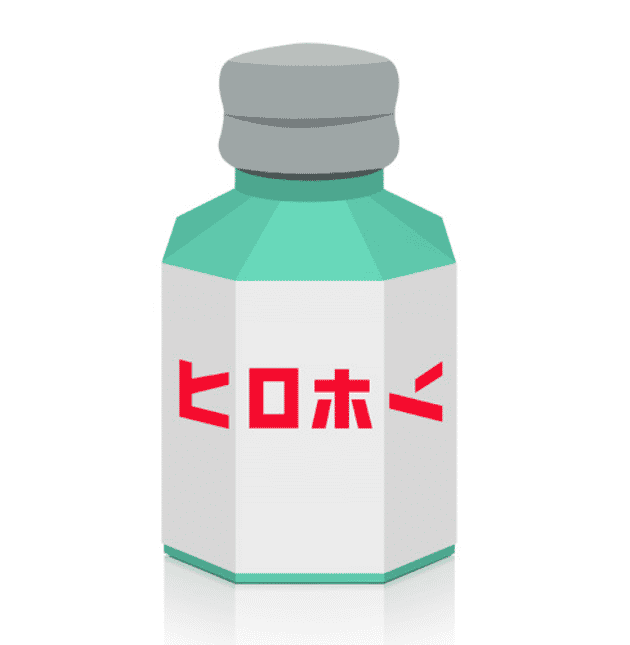