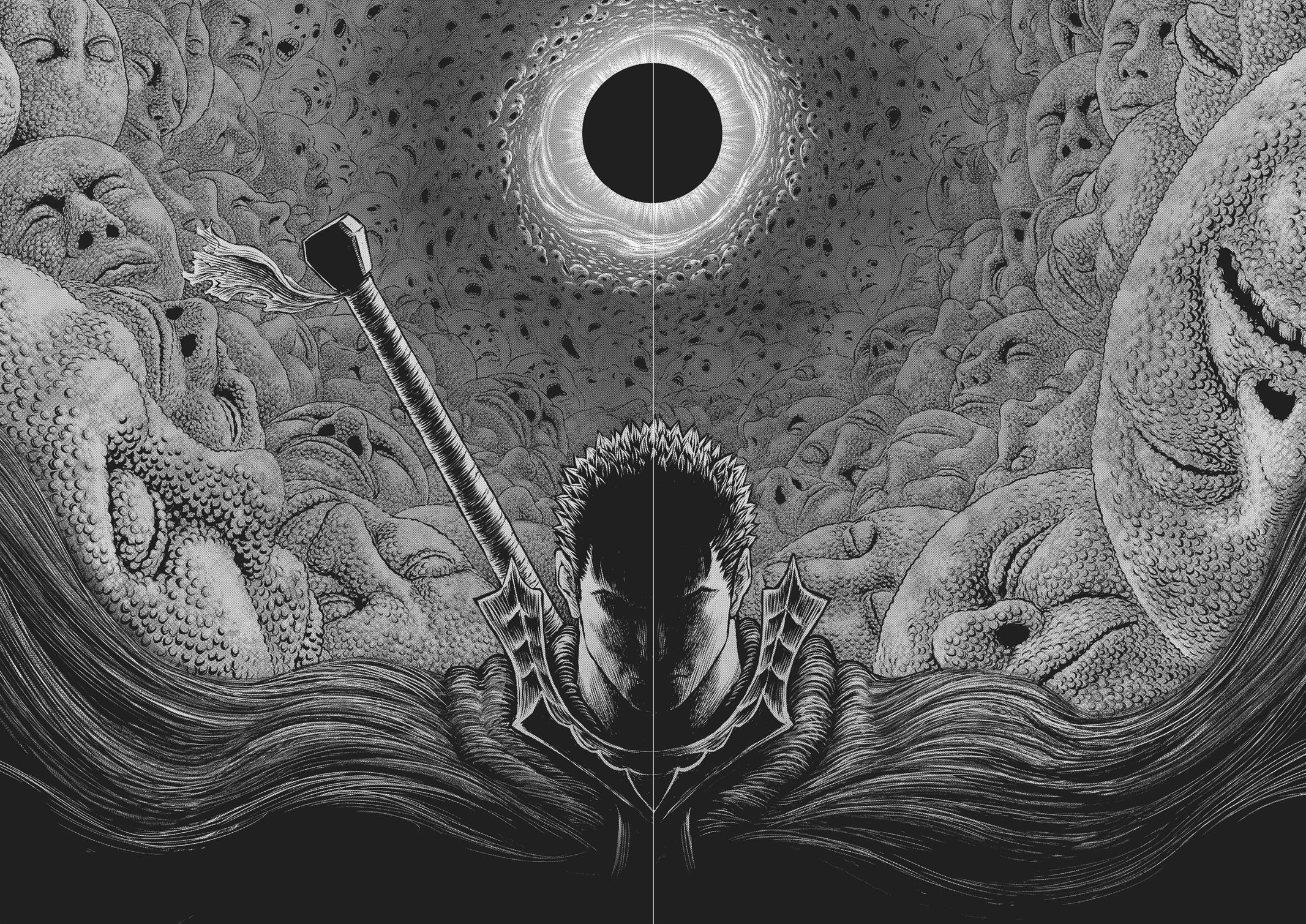 Manga and anime are mostly associated amongst Western audiences with the saucer-eyed and the cute, mythical creatures and bubbly protagonists. This isn’t the case with Kentaro Miura’s Berserk, a medieval high-fantasy crossed with blood and guts horror that pushes the limits and depth of storytelling in the comic form.

Despite Berserk’s huge global sales, the true reach of its influence wasn’t reflected on until writer and artist Kentaro Miura’s death in 2021, aged only 54. Unexpectedly, it put a sudden end to the long-running ‘monthly’ publication. Miura, an auteur in every sense of the word, was unbeholden to deadlines. They didn’t matter to him if they even slightly run the risk of impacting the quality of the finished article. He would spend months, sometimes even years, on the same panel to get it right.

A mangaka from his earliest days in school, Miura self-published his own works and sold them to his fellow peers. Rare within somebody so young, his attention span didn’t leap between worlds, characters and trends, Instead, one of his first publications, which began with him at 10 years old, ran for 40 volumes. From there on in, he dedicated his life to the art and storytelling of manga, building a portfolio of worlds, characters and concepts that carried him into his first jobs.

Landing a role as apprentice under Hajime no Ippo writer George Morikawa, Miura was quickly dismissed for his oversize grasp on art and storytelling. Morikawa felt he had nothing to teach the 18 year old, despite his extensive experience in the industry and so, with the germ of a character in mind, Miura began working on his Berserk world and its protagonist - Guts. 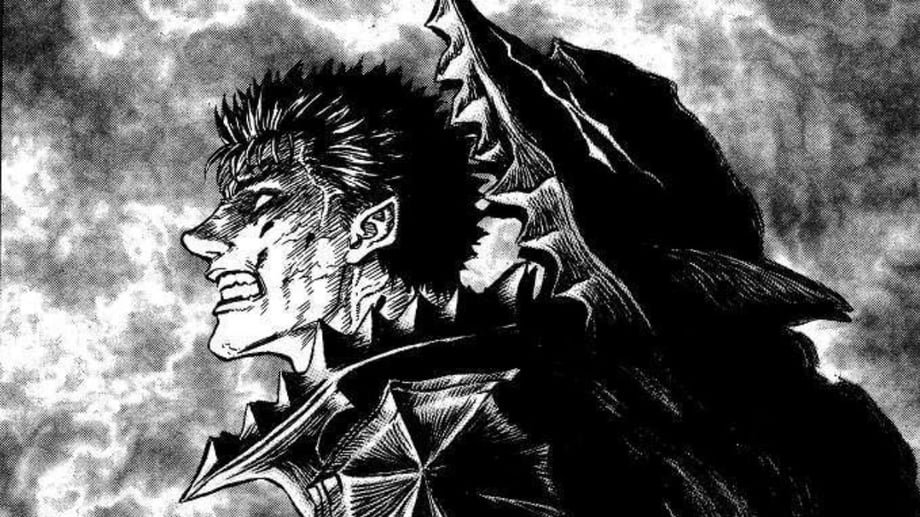 Commencing full publication in 1989, Berserk took the anime world by storm. The vivid cross-hatched illustrative style provided the backdrop for a thematically dense seinen manga - those produced for men between 18 and 40. The series’ most notable feature, alongside Miura’s unique artistic style, was the propensity for the writer to thrive in the grey areas. Featuring heavy and broad themes like loyalty, brotherhood, violence and morality, Miura opted for a layered approach that was rife for multiple and meaningful interpretations.

Whilst morality tales in comics can often tend towards portraying a dichotomous good versus evil framework, Miura developed rich characters, mainly through Guts and friend-turned-nemesis Griffith. Miura mused on his Guts character and the relationship to the series itself, "In short, starting from a world with a dark hero who is burning for revenge, prompts you to imagine a rabid character. When, guided by his anger, he will pour out this rage on overpowered enemies, we must insist on his fanaticism if you want to stay consistent. That’s why I thought "Berserk" would make a perfect title to represent my universe".

Through the decades-spanning scope of Berserk, Miura refused to work with assistants. His vision of the series was singular and his dedication to the craftsmanship behind each panel was unparalleled. Incorporating ghosts, demons and ghouls, all incredibly unique visually, Miura's creations contributed greatly to the fantasy canon, up there with series like Lord of The Ring and Game of Thrones, in its scope of influence. 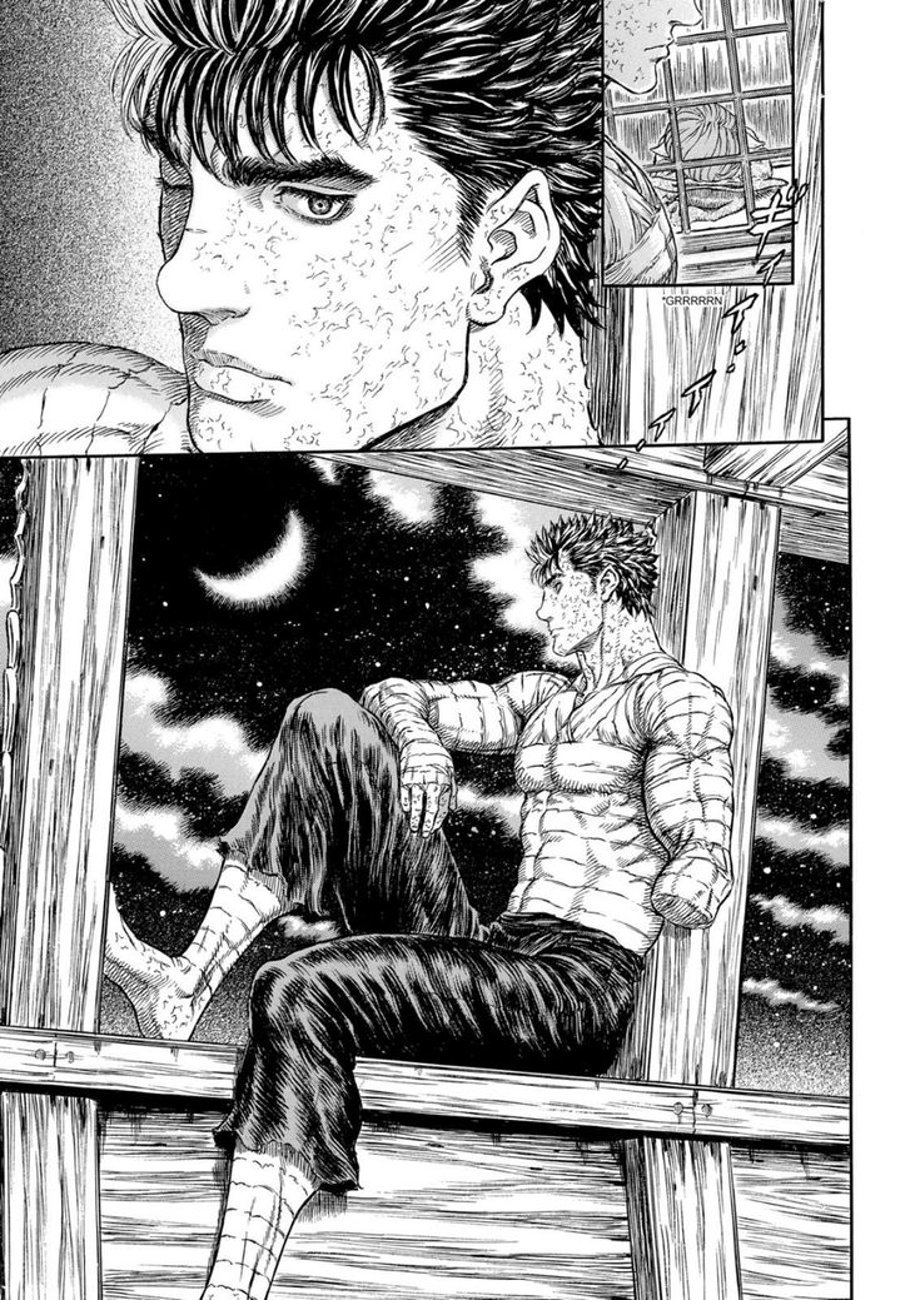 From free will to causality, Miura’s works had a deeply philosophical bent, pondering big questions in meaningful ways - well beyond that which had hitherto been explored in manga. As such, the evolution of the series was undoubtedly connected to Miura’s own life-cycle. His many breaks in production emphasized the importance of getting something right, rather than just getting it finished. His degree of perfectionism has caused many to wonder about the autobiographical nature of the works. How much of these experiences were Guts’ and how many stemmed from moments in Miura’s own life?

One of the highest selling manga productions of all time, with over 50 millions units sold, Miura’s world is one that can be measured by its influence. Without Berserk there wouldn’t have been Fullmetal Alchemist, Attack on Titan or iconic video game Dark Souls. The future of the series, in the aftermath of Miura’s demise, is uncertain. Whether it will continue, or Guts' lifecycle has also come to an unexpected end, remains to be seen. Whichever way it goes, this is a story with universal themes that will be read and re-read for decades in every corner of the globe. 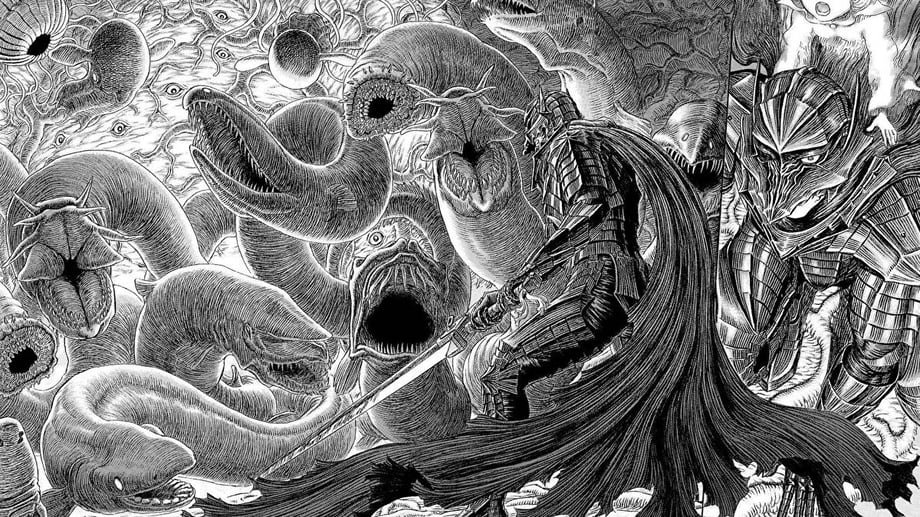 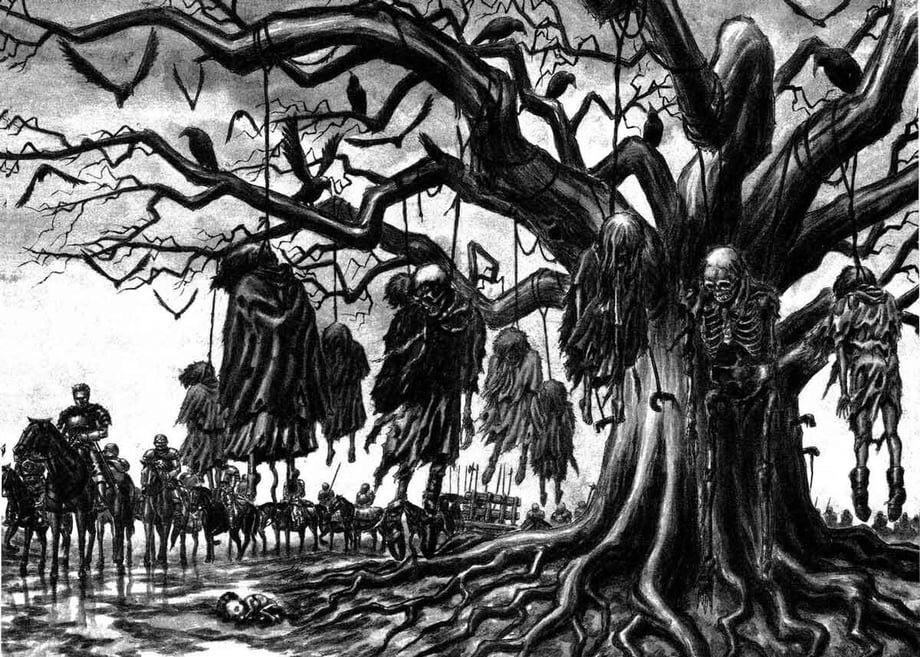 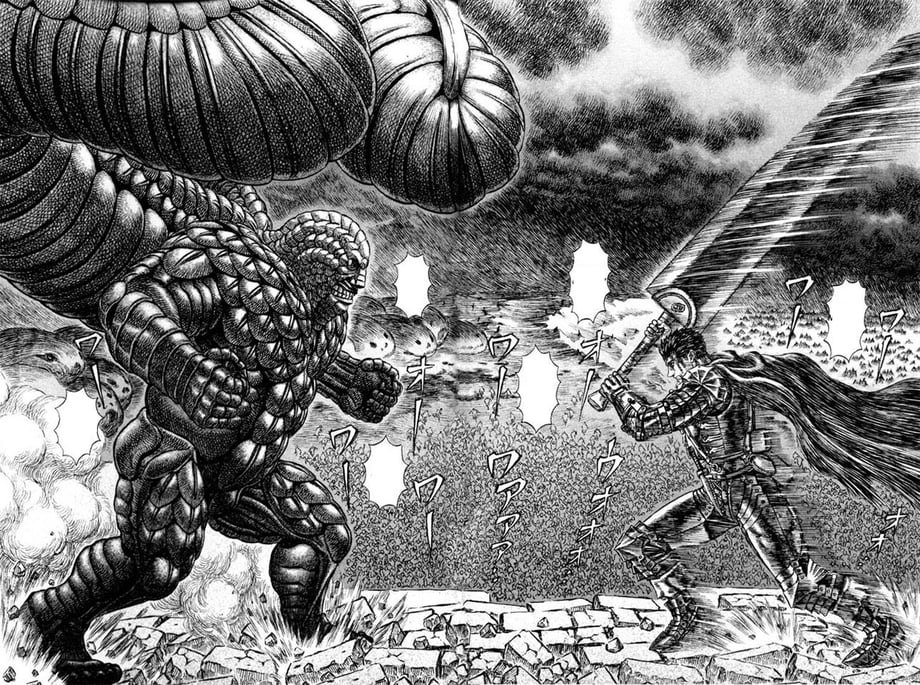 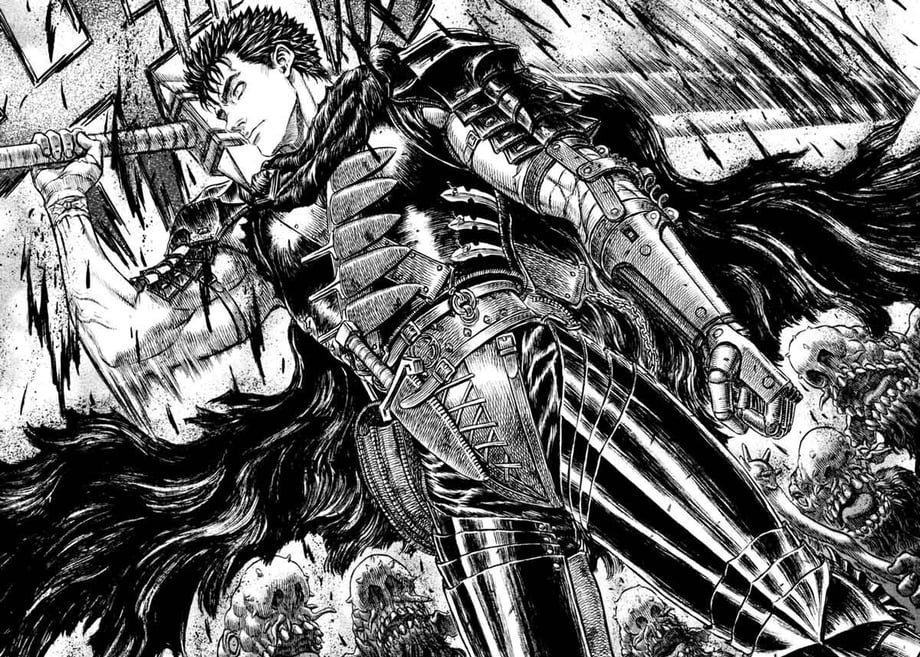