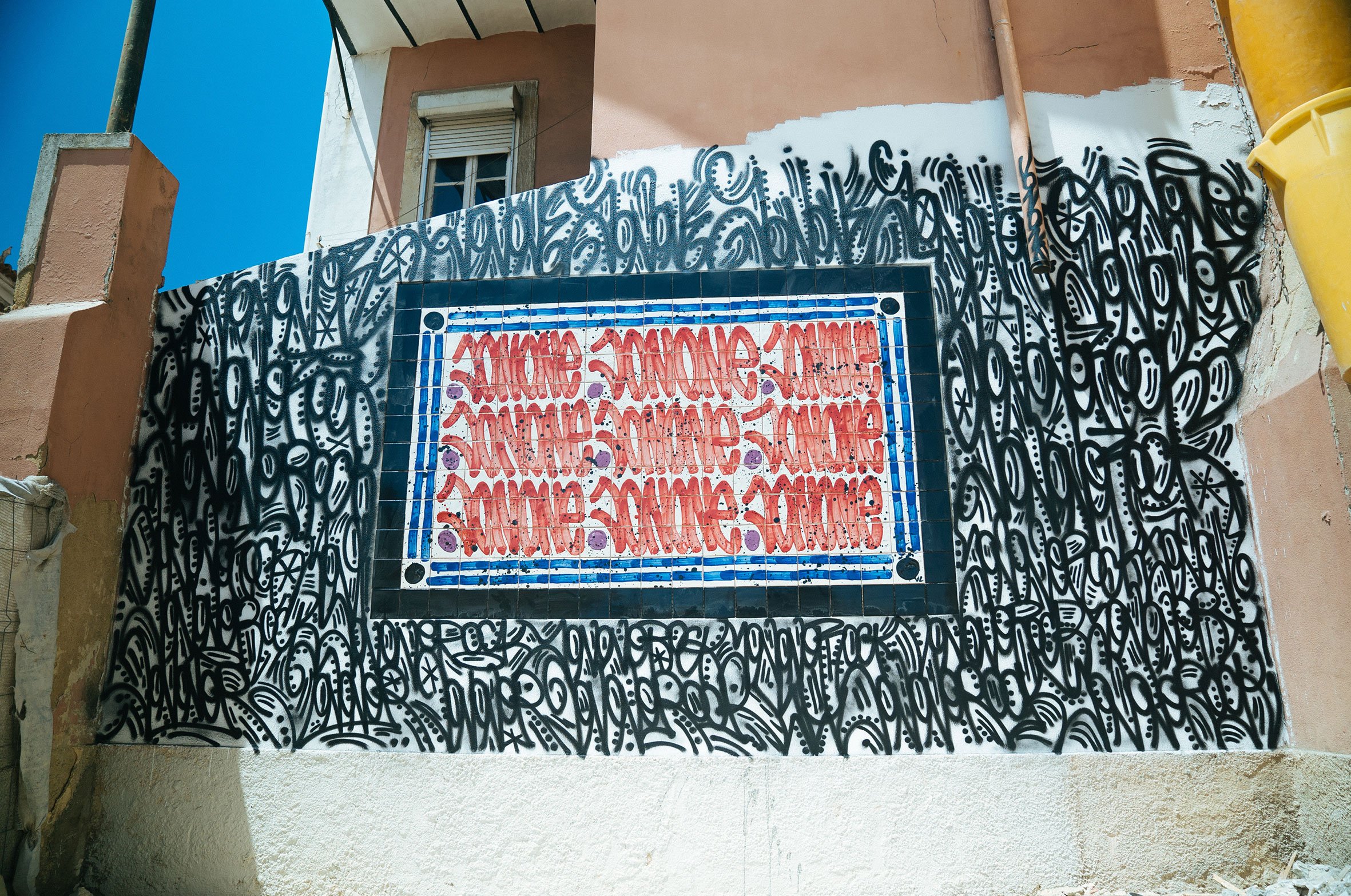 JonOne’s work toes a fine line between the abstract expressionism of contemporary art and graffiti straight from the street. His raw and emotive pieces carry a powerful kinetic energy that manage to tell a story through shape and form.

“Bohemian poet - that’s what I am”, said the artist when working on a mural earlier this year in Lisbon. His movements around each of his pieces are evocative of those famously linked to Jackson Pollock - a dance, as if possessed by something, a vessel for the mind of some creative deity.

This movement can be felt in the pieces. Each of them should come with a warning, or at least a crash helmet, such is their ferocity. Almost as striking as the energy of each piece is their versatility. Utilising the visual language of graffiti, JonOne uses paint cans to form his lettering, which is continually layered over the last to make a puzzle that’s almost indecipherable. Yet, they’re all a part of an elaborate fabric that documents something both physical and conceptual. 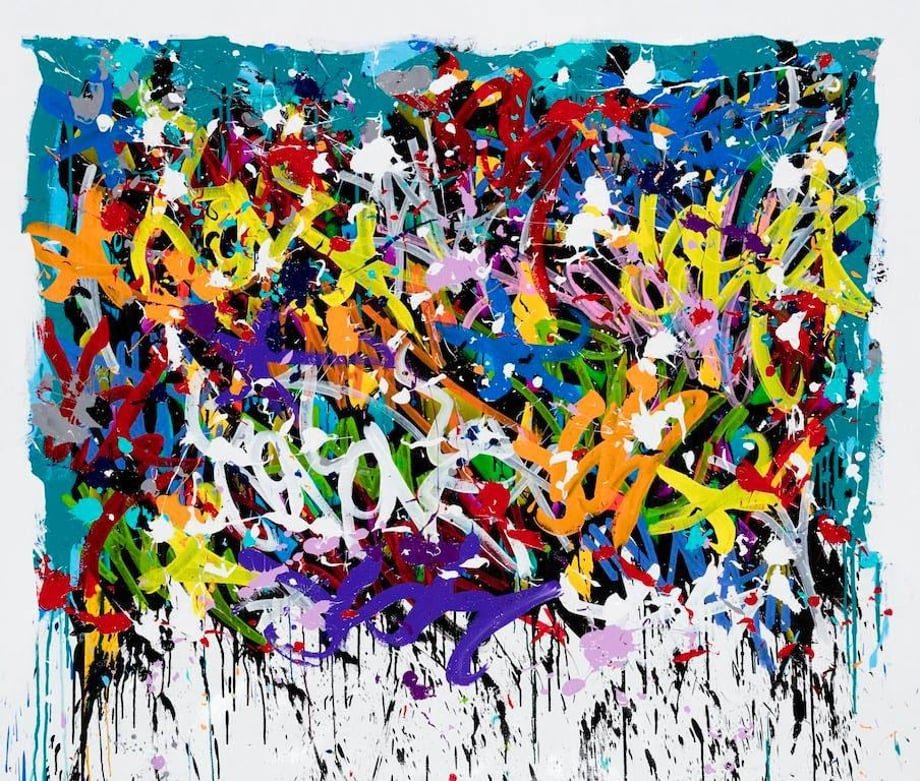 A perfect example of this fine balance, between balletic and brutality, comes in the installation made for Lisbon’s Travessa da Boa Hora à Ajuda, titled ‘BACK TO LIFE’. Interpreting the classic Portuguese azulejo - the tiles that frame many of Portugal’s most picturesque cityscapes - in a collaboration with urban art platform Underdogs, the Dominican-American artist constructed something of genuine poetry.

As typical of the artist, who often chooses to overrun the particular surface he is working on in order to create something highly immersive for his audience, JonOne also painted around the tiles, filling the wall with his tags, manifesting a melange of swirls in a hypnotic framework. 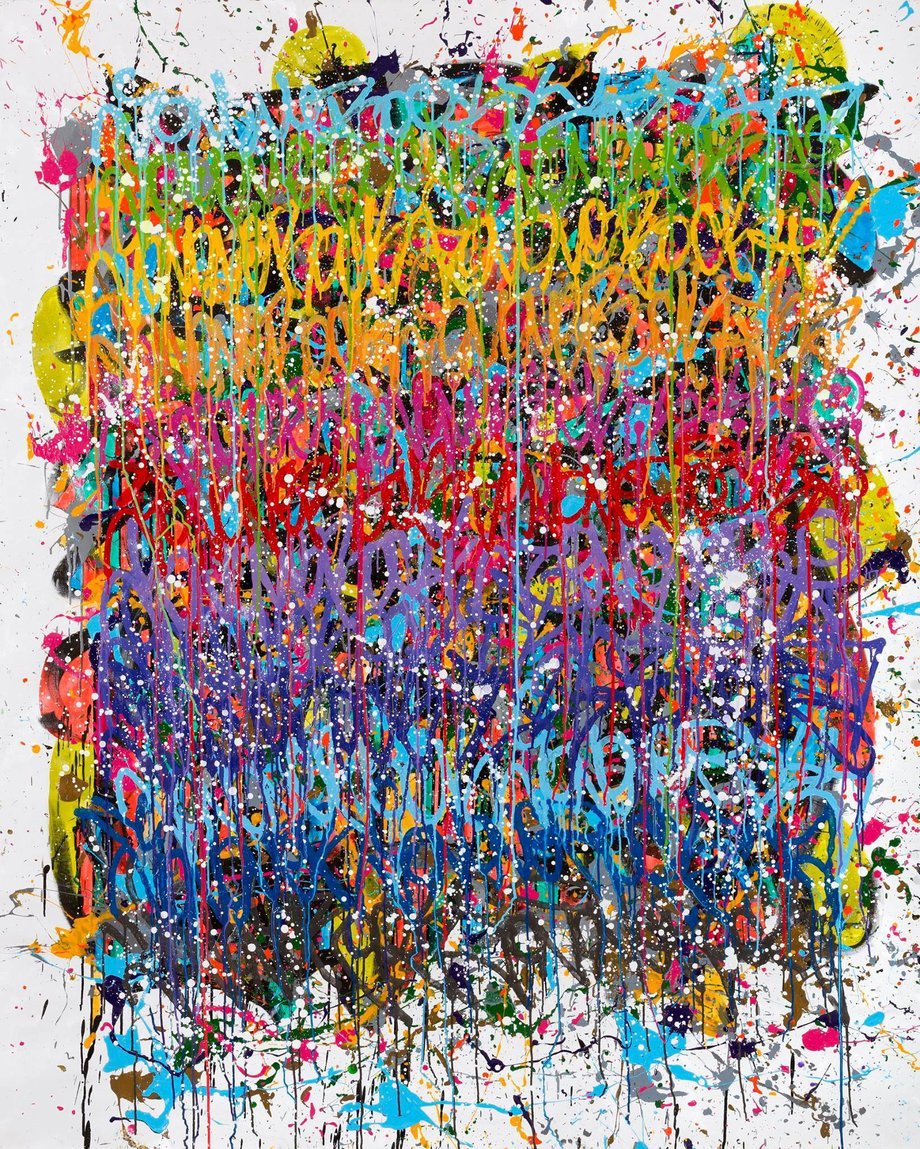 Much of JonOne’s work is freestyled, which gives his scrawlings the room to breathe without losing any of its dynamic. It’s all about communicating the mood and feelings of the moment, something borrowed from the earliest days of graffiti and something he experienced firsthand in his upbringing in both the Harlem neighbourhood of New York and later Paris.

Spending much of his formative years in two of the world’s artistic epicenters has bestowed upon his work a sense of attitude - where voices that shrink would simply be swallowed. In these large cities of concrete and glass, one has to opt to be heard. Nothing is given out for free.

The pervasive aggression that graffiti found on the street harkens back to its origins - territorial warfare. Gangs would declare an area as theirs by tagging their name and symbol. JonOne has staked his own spot in both the street art and ‘high art’ worlds in much the same way - making something that stands out. His art resonates with both, but belongs to neither - although it’s likely both would love to claim him their own.

The fact that he refuses to feel restrained by the limitations of either is what keeps his work fresh, unpredictable and able to stand out in a cluttered marketplace. 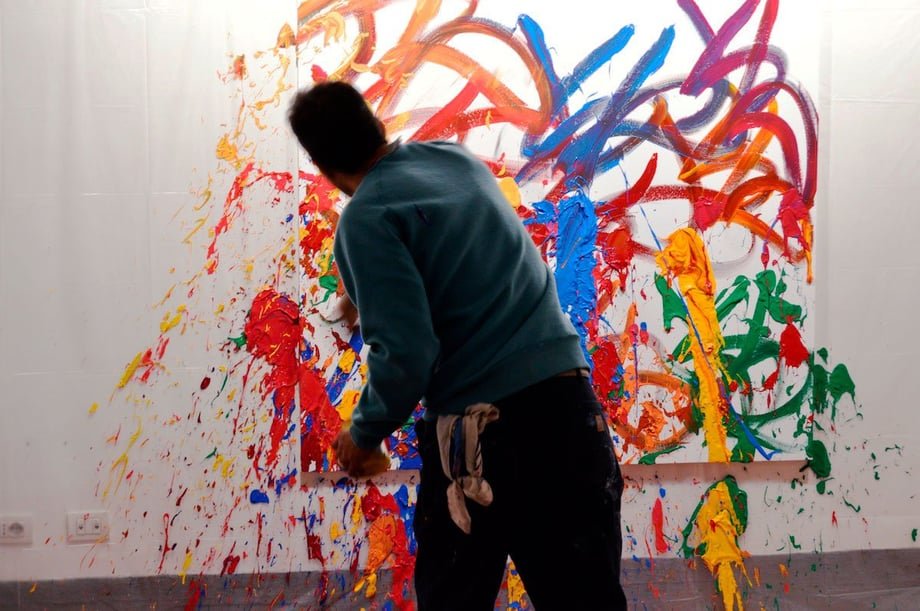 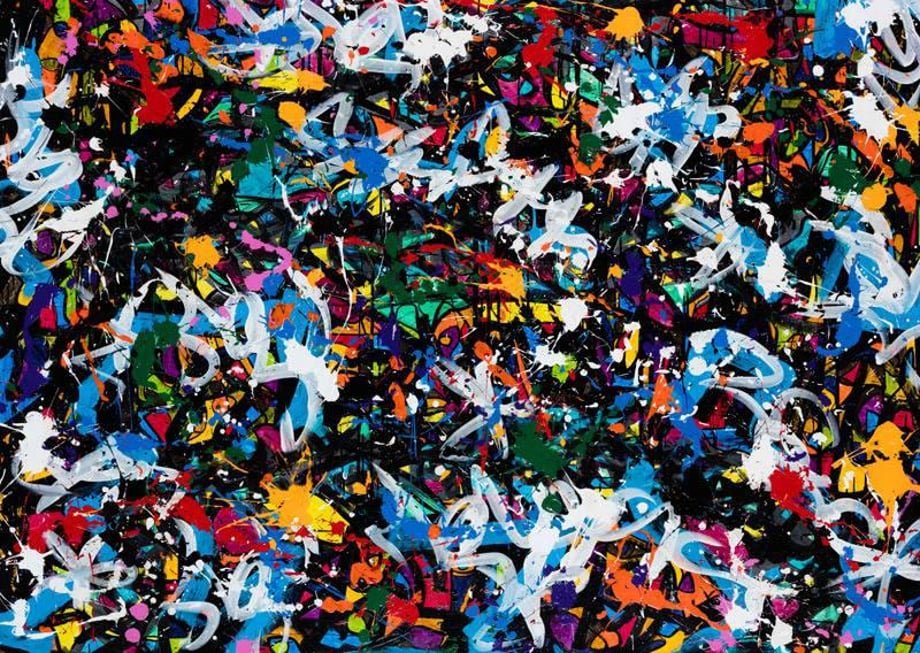 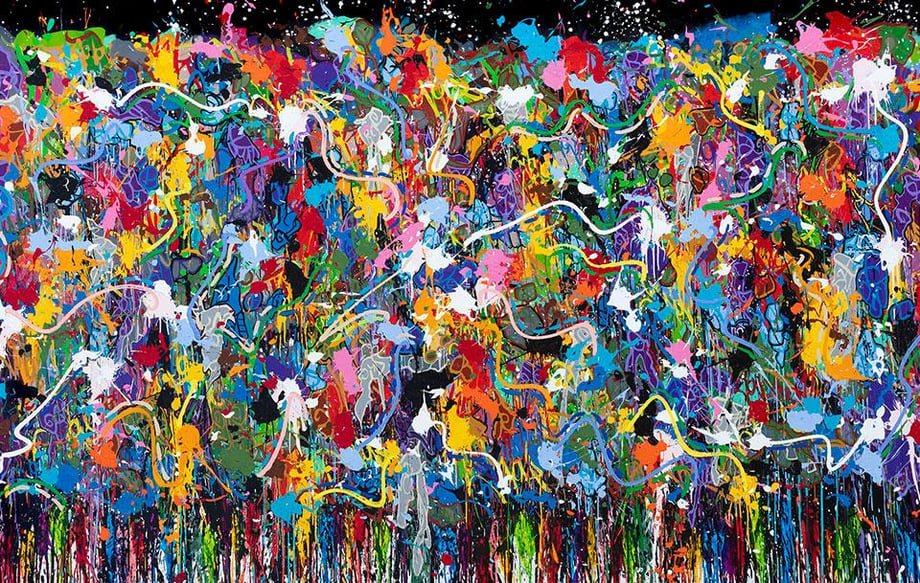