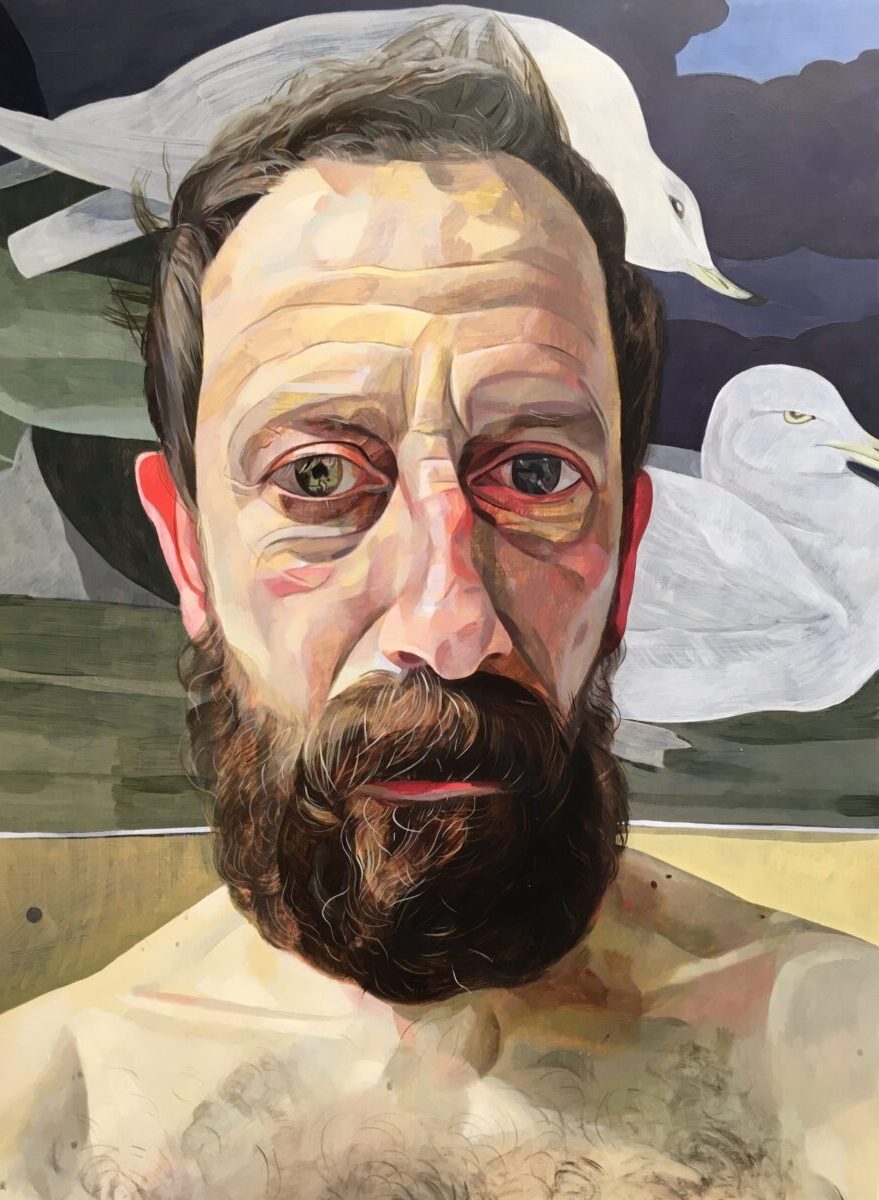 James Hague - Behind Their Eyes

Portraiture is one of the oldest styles of painting. As soon as humans realised they had the motor skills, alongside the development of adequate equipment, we have been on a quest to most accurately portray a subject. Accuracy doesn’t come down to its resemblance to the subject, per se, but in capturing something innate about them - something James Hague knows all about.

There’s a certain melancholic darkness to Hague’s portraits, like a veil of cerebral introspection has been cast by the artist, where his sitters are subjected to a psychological analysis. It is interesting that Hague’s portraits seem to double up as a character study. Many portraitists feel comfortable with capturing what they see, but Hague goes much deeper than that.

His portrait's eyes are both disarming and slightly unnerving. There’s a look of people teetering on the precipice of something significant - a break-down or a breakthrough. Because of this, they appear honest, vulnerable, yet at ease in Hague’s presence, again, reaffirming the sense of the artist as being something more - a therapist, perhaps.

As per the work of Lucian Freud, another artist whose cerebral inflections imbued his work with a strong psychological bent, Hague has opted for a muted palette, greys, blues, purples, and the multiplicity of hues that make up human flesh. In 1996, the artist won the BP Art award, aged only 25, with a self-portrait described by The Independent at the time as, “angular and morose”, the latter adjective situating him within a quintessentially British context. 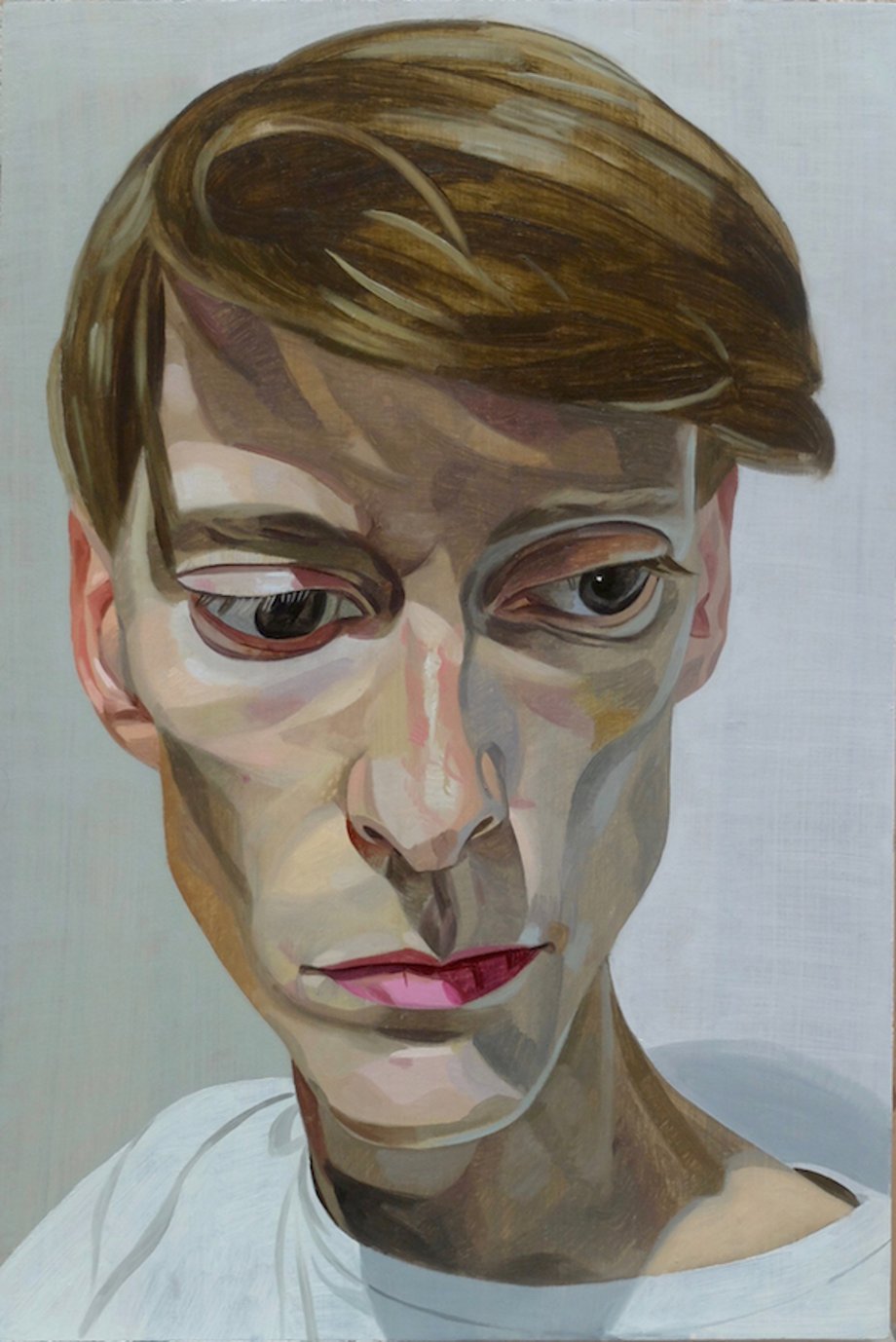 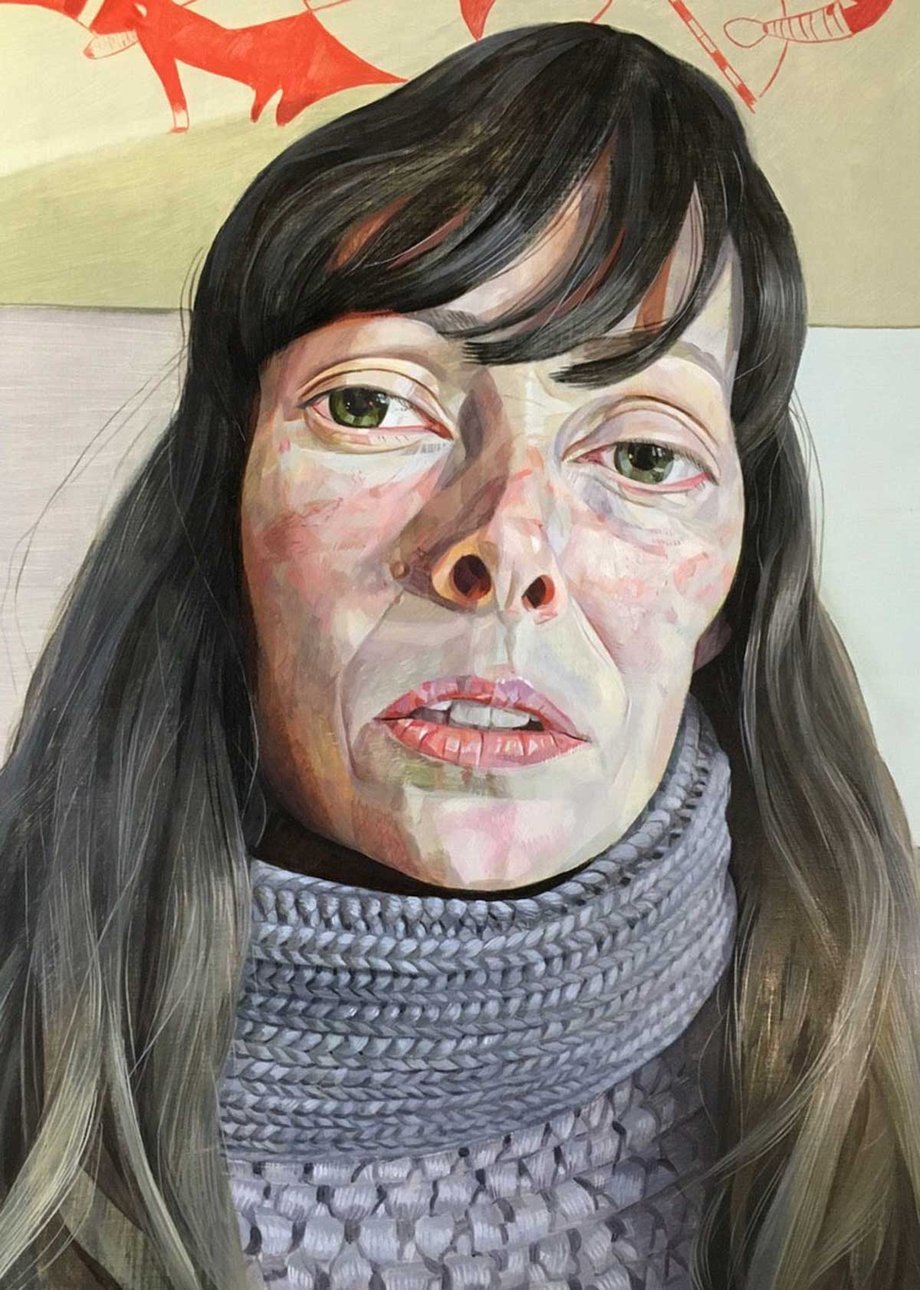 For it is ‘morose’ that many would call upon when looking for an apt descriptor of Hague’s laconic style, a signature, if you will, that elevates his portraiture from the bland to the affecting. Although the article used angular to describe Hague’s physiognomy, the reflection and refraction of colour across his subject has developed into something likewise ‘angular’ in style.

He has a manner of breaking his shading into fractured geometrical shapes, a subtle touch that becomes clearer up close. When he captured Walking Dead actor David Morrissey - incidentally a man married to novelist Esther Freud, relation to Lucian Freud - the painter highlighted his analytical brilliance, pulling raw emotion from the actor who is, himself, a hugely versatile and talented figure. It is a portrait that you could imagine having Freud's own signature.

Incorporating this vaguely geometrical style of working with the angular poses of his subjects creates an inherently off-kilter feeling in his portraits. They cut a fine line of balance between the recognisable and the not so, an aesthetic uncanny valley that, should the viewer wish to cross, will tell you much of the life of Hague’s protagonists. 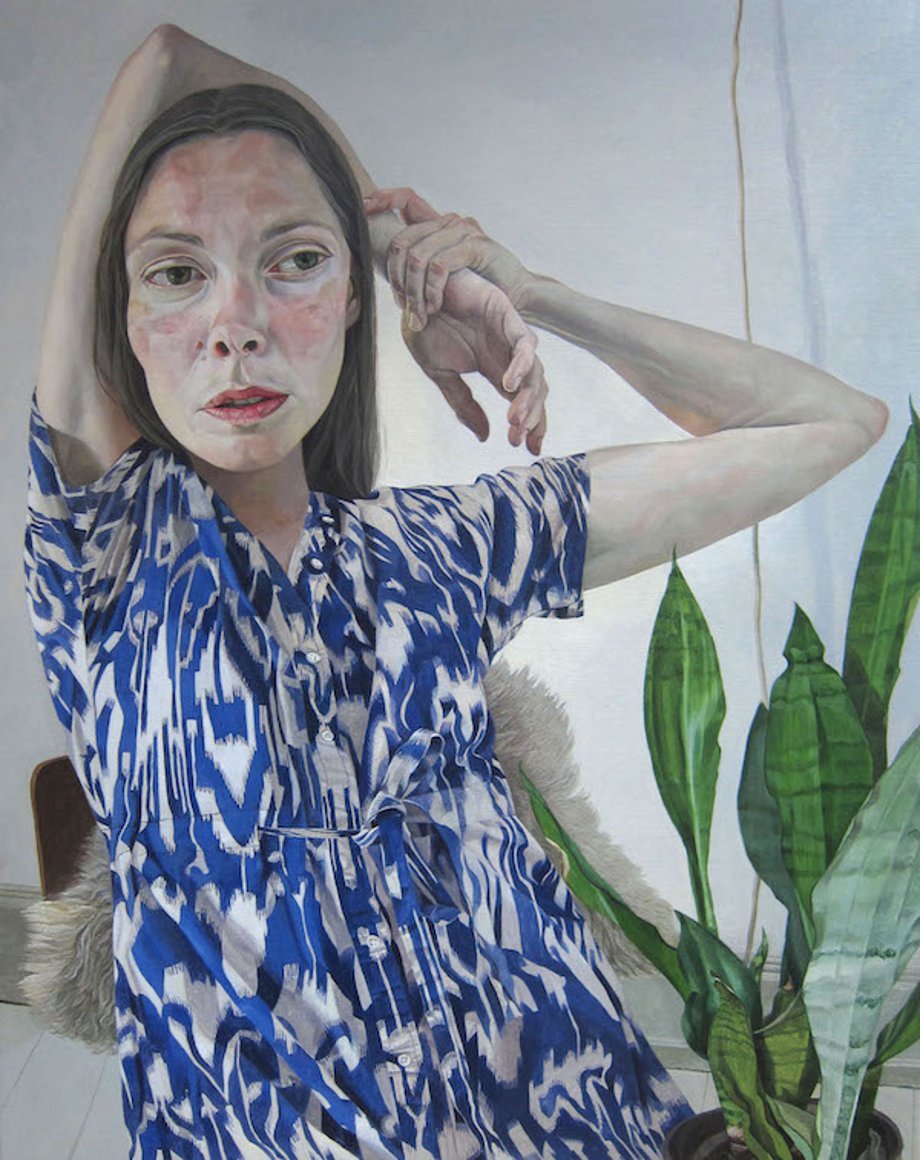 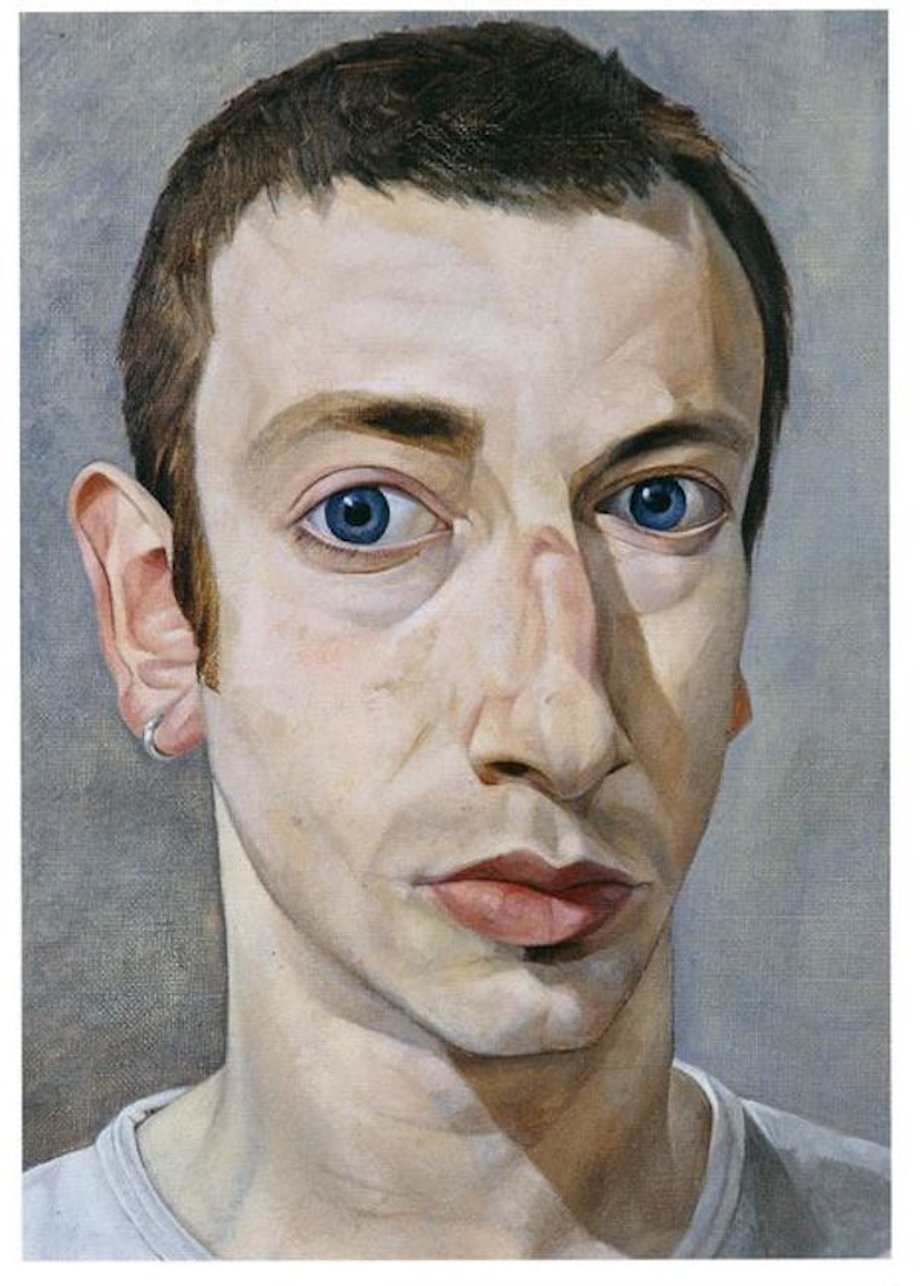 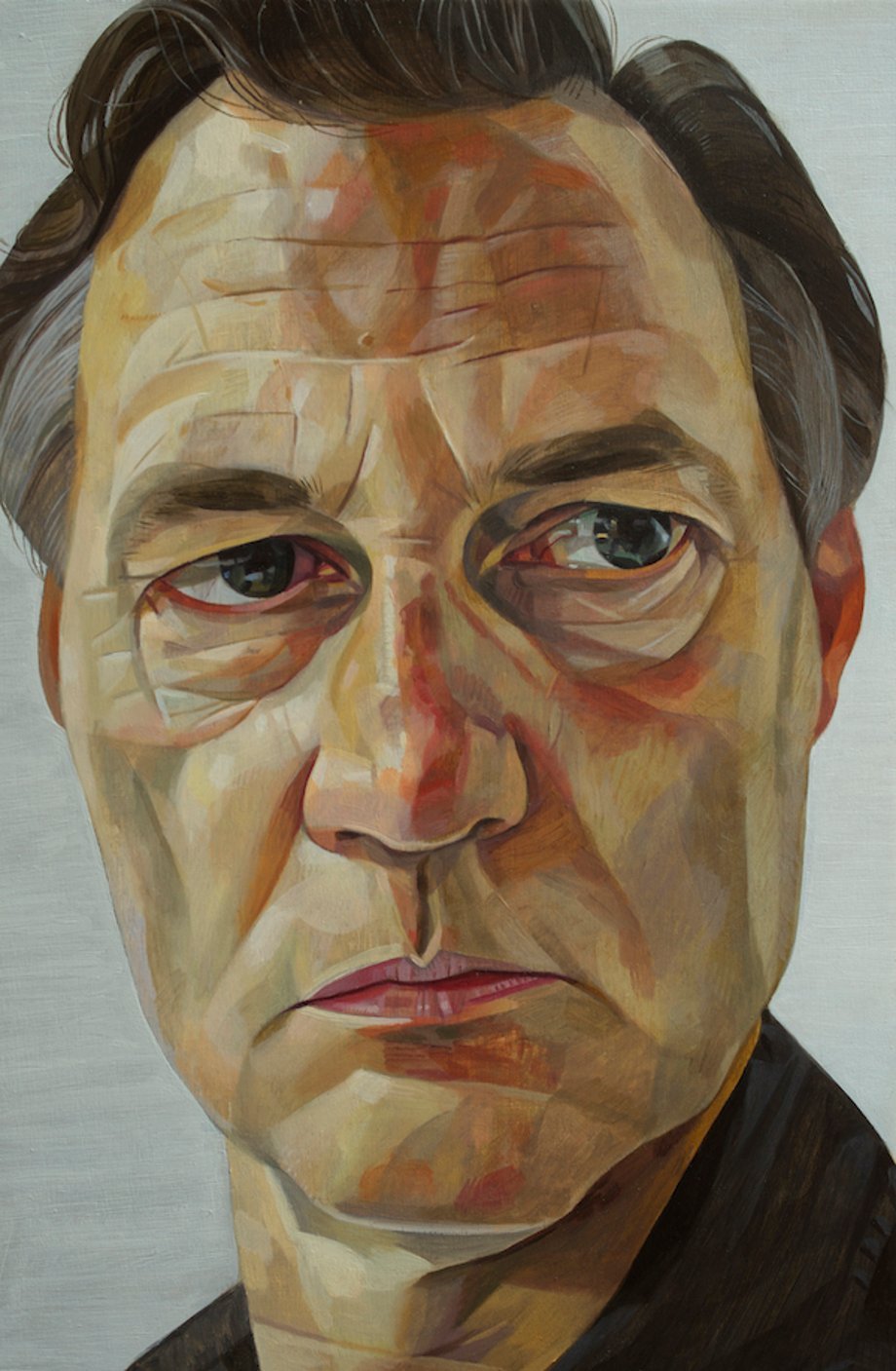 July 6, 2022
With A Pencil In Hand - Connected By Lust
All is fair in love and lust.
Compulsive Contents