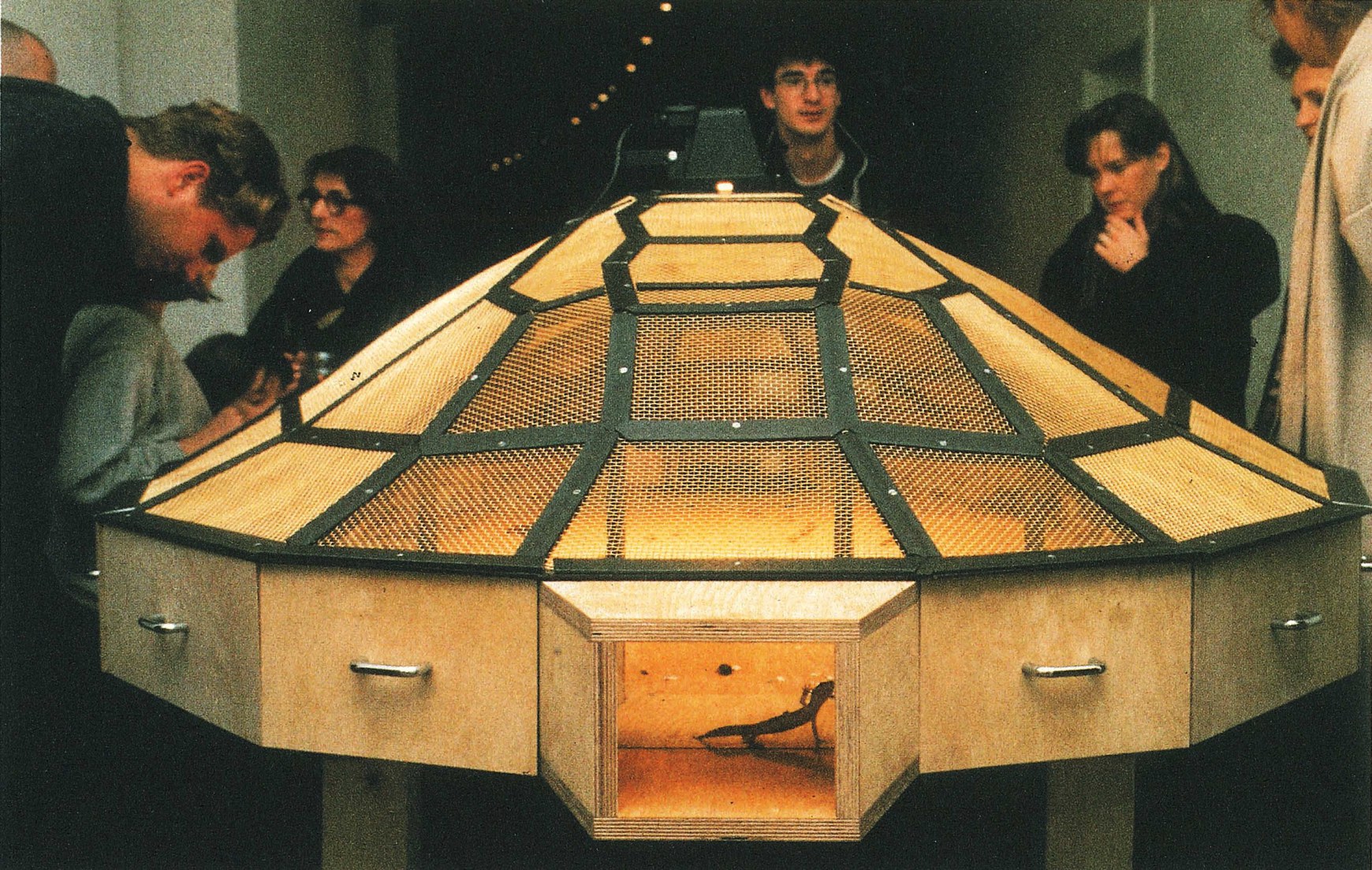 Defined as much as being an anti- artist as an artist, much of Chinese born Huang Yong Ping’s works stood against predominant trends and taste, opting for the confrontational as a means of making a point, provoking strong reactions from the art establishment and the public along the way.

In an iconic scene in The Dark Knight, Alfred meditatively tells Bruce Wayne, when trying to make sense of The Joker’s actions, that “Some men just wanna watch the world burn.” This phrase is chill-inducing, precisely because it acutely and succinctly resonates with certain actions, provoking a fear of the senseless and the random. There are no motivations, no clear logic, just a streak of nihilistic destruction.

Ping and his contemporaries, part of a group they dubbed the Xiamen Dada, also liked to watch the world burn. Well, not the whole world, but their part of it. They created art and then set it alight, destroying the fruits of their labour. It was performative, but, unlike The Joker, this was destruction with logic and with motivation - yet it was no less nihilistic in its underpinnings.

Embracing the philosophical power of the concept of destruction, where from its fertile ashes comes something truly meaningful, worthwhile, constructive, the artists would partake is their action-art as a culmination to finishing the soon-to-be-burned pieces.

Whether their philosophy manifests as something physical or something intangible, like discourse and communication, didn’t matter. The point, for the Chinese artist, was that action needed to be taken, sacrifices made and flames raised if we would like to see change made. 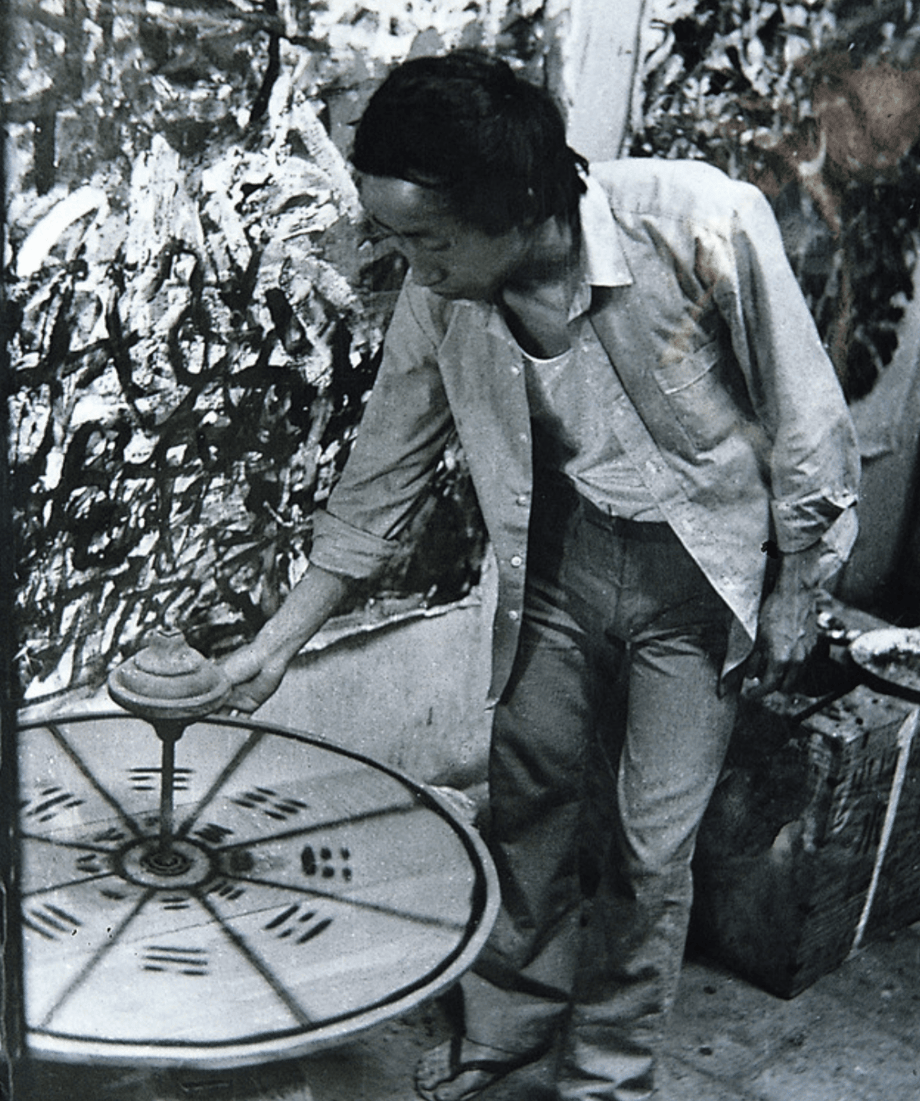 This cyclical and evolving concept of change formed in Ping’s mind as a direct result of his time spent in Paris, a place he called home in the wake of the Tiananmen Square massacre, when his past life in the East coalesced with his new one in the West. Tying together his interest in Chan Buddhism and Taoism - two Chinese philosophies whose heritage and place in the contemporary world is defined by change - his approach to working held this quintessentially Eastern characteristic that contrasts with the more ‘fixed’ and rigid Western philosophies, another characteristic he felt kinship in with Dadaism, which shared key components of his artistic outlook.

Ping’s art was real, alive, evolving. The same way as he saw the world, his output in it was always subject to the same thematic principles as life itself - things like fate, destiny, chance, violence, love and hate. All of that which governs our actions and thoughts also shaped his performance-based works. There are two case studies which best illustrate this. First, his Roulette-Series of the mid to late 1980s.

Sharing many similarities to the innovative ‘cut-up’ technique seen in Dadaism, utilised by writers like William Burroughs, Ping allowed his artworks to find shape in the arms of chance, influenced by the roll of a dice or the spin of a roulette wheel. Like destiny has its story written for each man, Ping relinquished creative control to the uncontrollable forces of fate. Dividing his canvas into eight sections, each would be filled by a specific material, chosen by the roll of a dice and a particular ‘juxtaposition’ as determined by the roulette wheel. On this project he cryptically mused, “every rule indicates an anti-rule, every motive indicates a kind of anti-motive, every choice indicates a kind of anti-choice.” 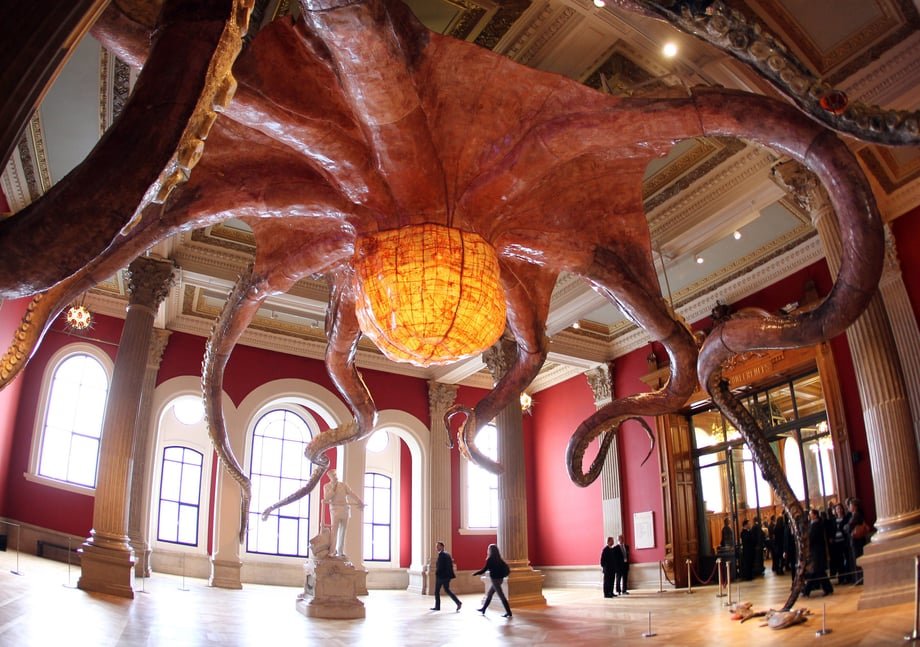 The second case comes in the form of Theatre of the World, a cage made by the artist and filled with insects and amphibians who would, due to disposition, need and proximity, kill and eat each other. Displayed in New York’s Guggenheim Museum, the piece quickly amassed over 800,000 signatures of protest against the perceived cruelty of the installation, which led to the museum and Ping craving to the pressure to remove it.

It was polarising. On the one hand, it was cruel. On the other hand, it displayed an insight into a changing China, a country where communism was, in all things but name, slowly shifting towards a unique brand of capitalism. For Ping, he wanted his audience to be sure who was the predator, the prey and that, just perhaps, the most visible actors (the insects and amphibians) aren’t the puppet masters. By extension, this shift in Chinese economics and culture has invited violence, something all to familiar to the artist in his early life spent there.

Capturing the world at its most raw, its most animalistic, a glamorised ‘Darwinian power struggle’, Ping meditated as a philosopher-artist, in traditional Eastern mould, whilst breaking every other convention. He wanted to see and understand the world for what it was, examining the limitations of chance, the opportunities of fate and the underlining quest for dominance. 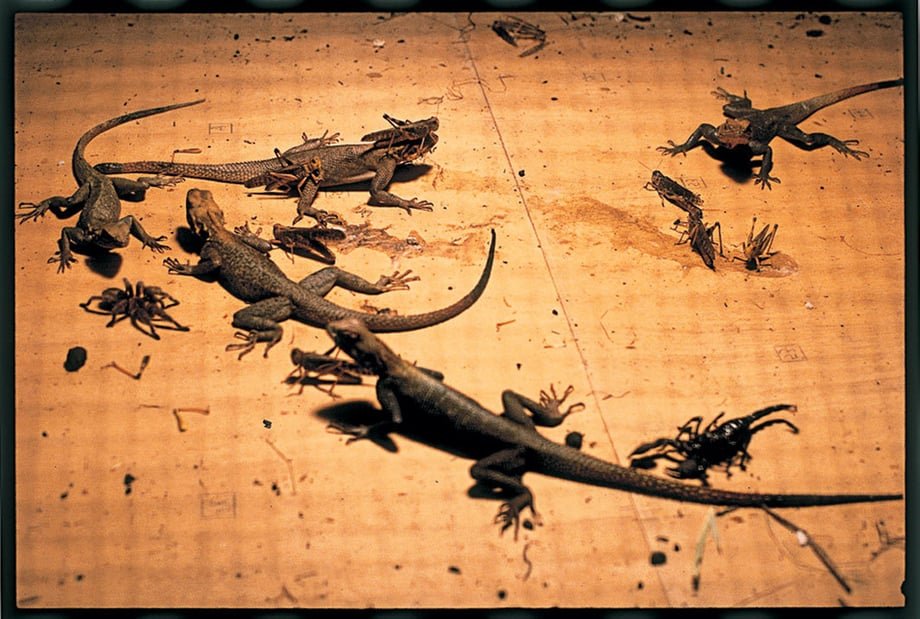 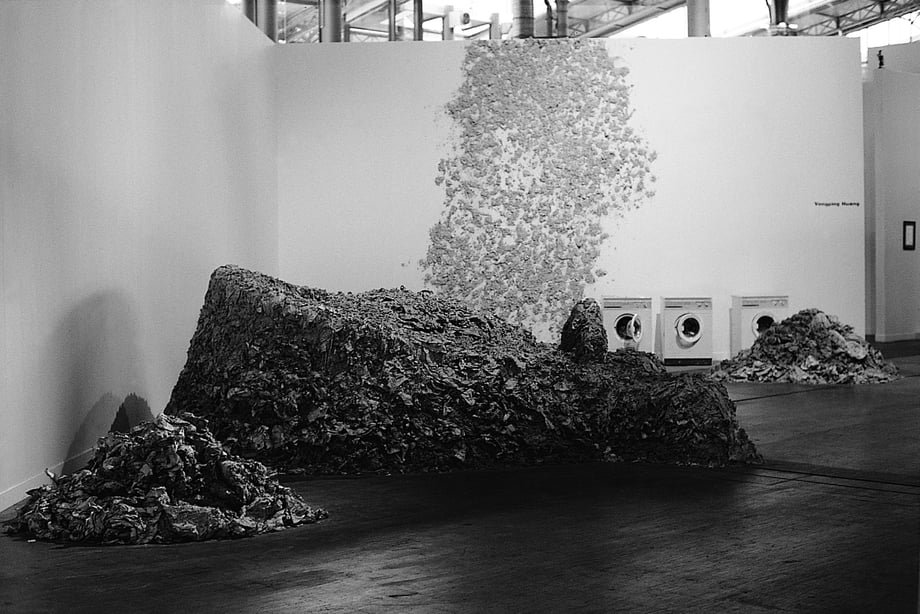