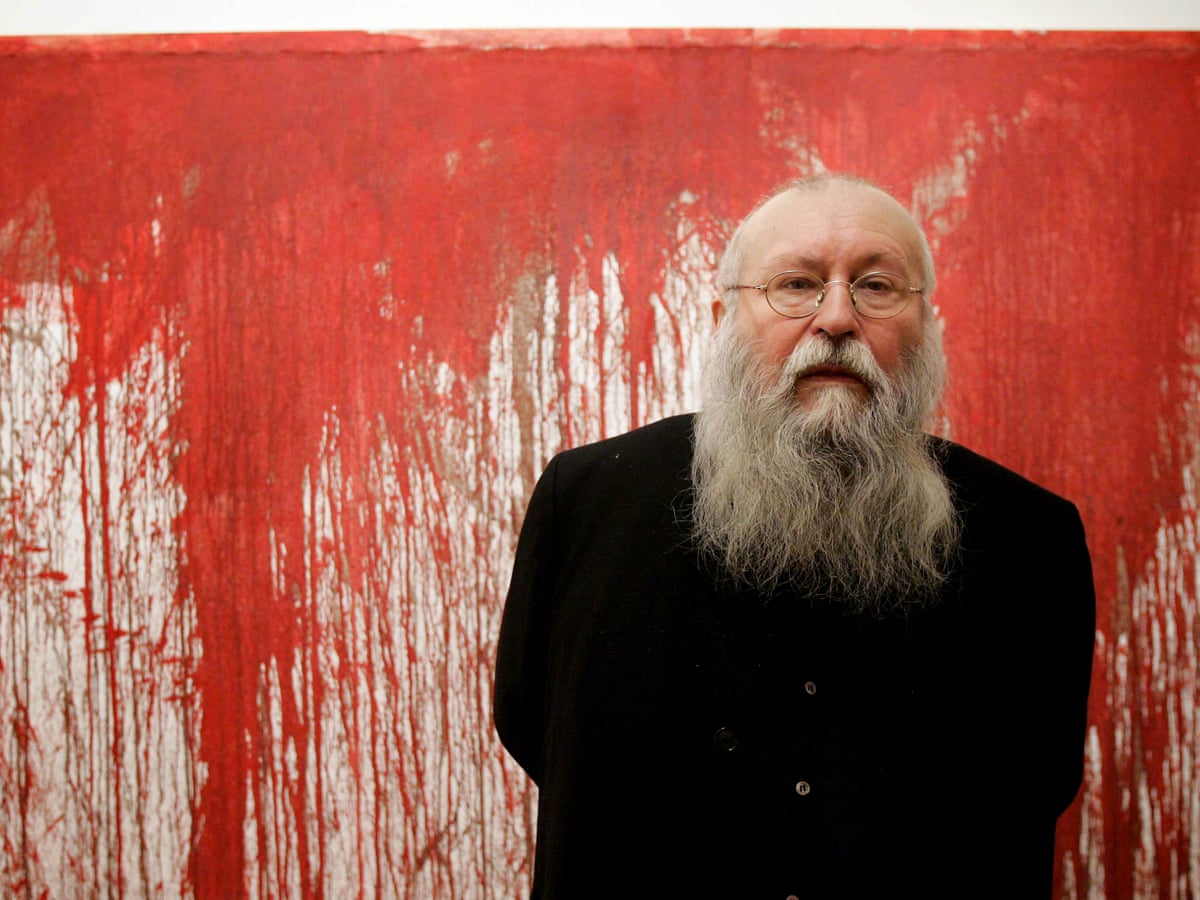 German artist Hermann Nitsch’s career has been blighted by claims made by his country’s courts that his works cater to people with a predisposition for violence. His work is, undoubtedly, provocative. So much so that he has been sentenced to three prison terms. But what is so shocking about his art and why does he keep making it?

For context, it’s important to understand the world that the art is created in. Ruled by animals,, violence has always been a currency. Within humans, it has contradictorially been outlawed by the state, or sanctioned as part of a billion dollar entertainment industry, whether through combat sports or its portrayal in film.

People obviously want to see it and they can, so long as they’re willing to pay. Likewise, if you want to participate, you can, but only if it makes somebody money. Nitsch’s personal context is that he grew up in the climate of World War II, where the threat of violence predicated everyday behaviour and death permeated every action made during the sustained six year period.

Portraying what he saw, what he knew and what saturated his formative years, Nitsch has focussed on violence in both an abstract manner as well as visceral. Having spent so much of his life in the unavoidable tumult of a warzone, Nitsch pushes his own experiences back to the forefront of his audience. If they’re repulsed or offended by the ‘violent’ content on display, the biggest question is why? 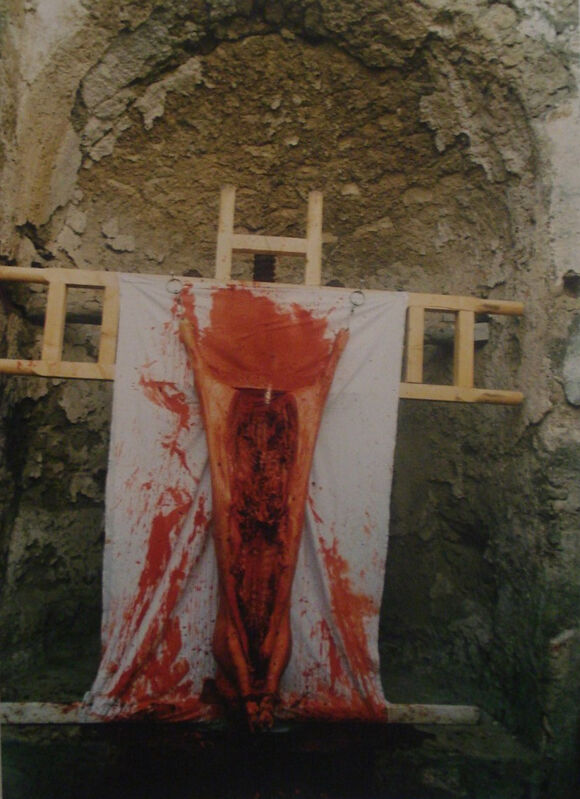 What place does violence have in our lives if it is something innate within all animals. This isn’t violence for kicks or violence for fun, but impulses that run through us. It is, in essence, human nature and has been for far longer than pacifism was celebrated. This is why Kitsch chooses to confront us with both the visceral and the abstract. To shock and to question. For a gut reaction and for a psychological one.

Much of his work is tied to mystical and religious philosophers, from Marquis de Sade to Friedrich Nietszche and Sigmund Freud, all of whom have, at various times, mused on the concept of the ‘repressed’. For the artist, it is violence that is repressed in society, yet simmers under everything that we do (or don’t do).

In the more visceral pieces, we see bloody animal carcasses set out in poses similar to the crucifiction. The rich visual symbolism at play is striking as Nitsch questions what we, as a society, deem to be taboo. Where Hollywood films display cartoonish violence and video games push adrenal glands to their limits in massive online multiplayer shooters, true depictions of violence, of the origins of life, of the machinations that puts food on our table, is kept hidden. 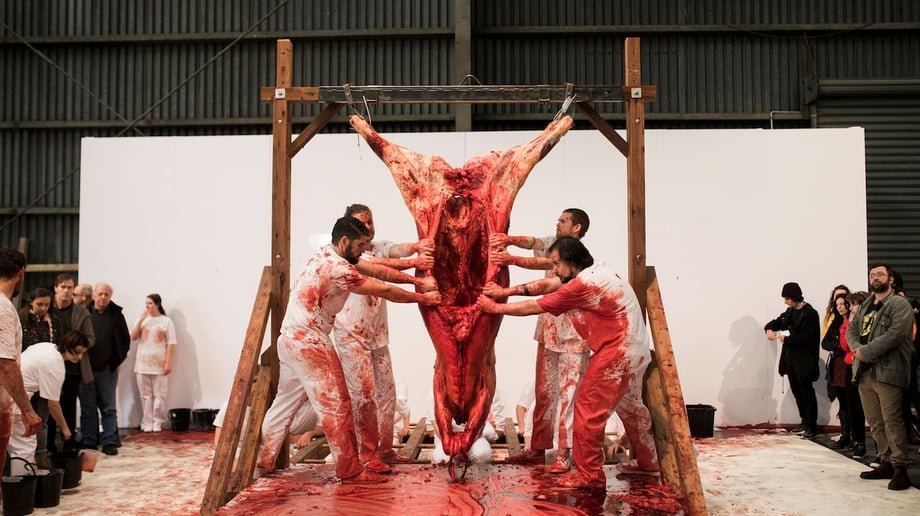 For some reason, such pieces manage to piss everyone off. Religious figures deem it to be blasphemous, whilst leftist thinkers reject his overtly religious tone. Despite drawing attention to the treatment of animals and the reality of animal life in the wild, animal rights groups strongly protest his works too.

The intensity of his performative works is intentional, “I want to arouse them by the means of sensual intensity and to bring them an understanding of their existence,” the artist said of his working style. When it comes to his paintings, they’re far more abstract, but still pack an emotional punch. Hailed as a part of the Viennese ‘Aktionism’ movement, his works are evocative of the American abstract expressionists, with a Continental curiosity.

Largely utilising claret reds, similar to blood, Nitsch’s paintings tend towards a cathartic expression of penance and of martyrdom, of meaningful death and, therefore, meaningful life, there is a celebratory element to his works that act as extensions to his performative pieces - which include rituals that ebb between the pagan and the deeply Christian. In a sense, once the ‘action’ of the performance is over, his paintings appear to be the detritus once the ecstasy has passed.

Both a provocateur and deep thinker, Nitsch’s work has often flown under the radar as few groups are left to champion it. Most have, at one point or another, felt isolated by his bold statements. Maybe a lone voice, his is a loud one and his reluctance to pick sides should be seen as his greatest strength, his art an uncomfortable reminder that beyond the thinly veiled social decorum lies a primal and base instinct within us all. 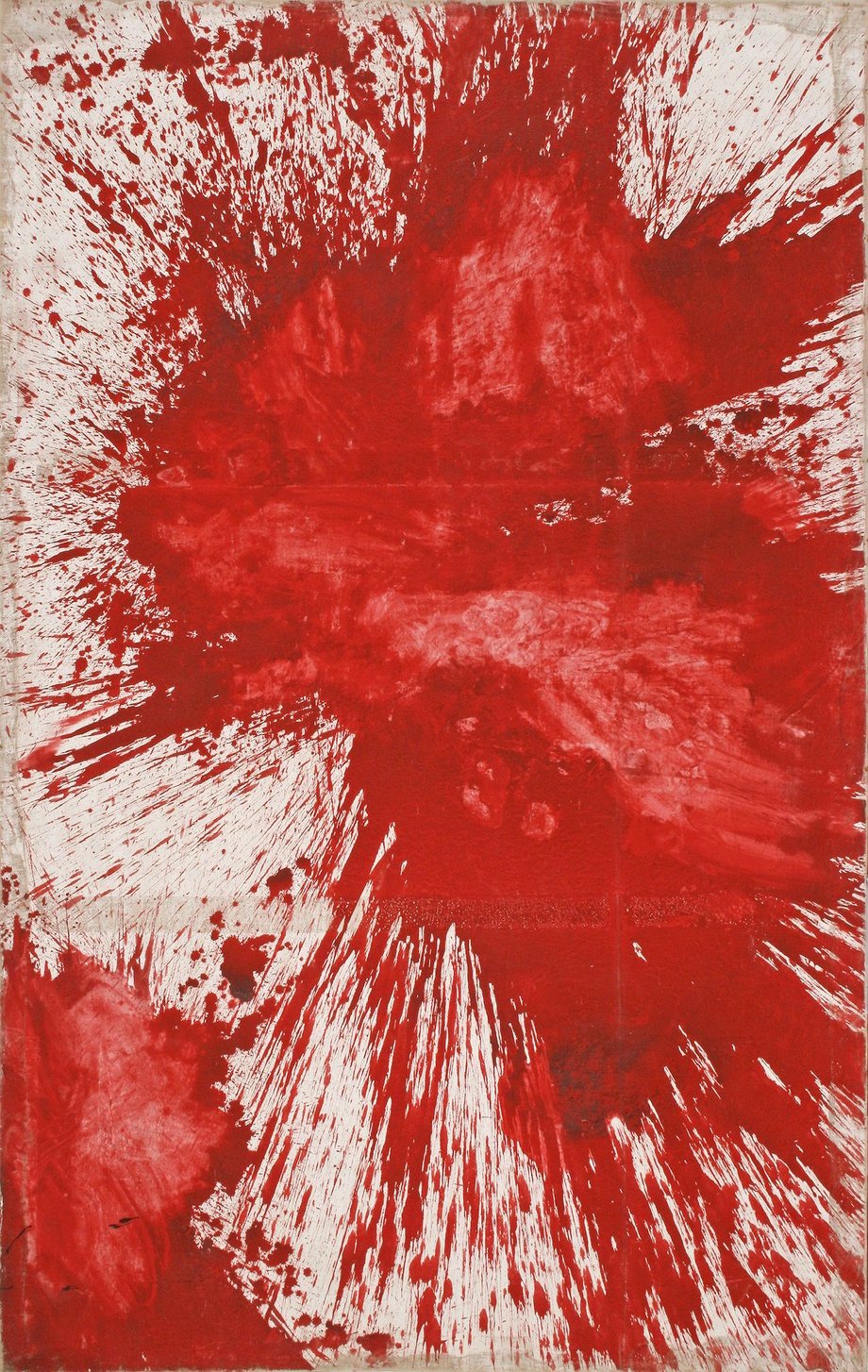 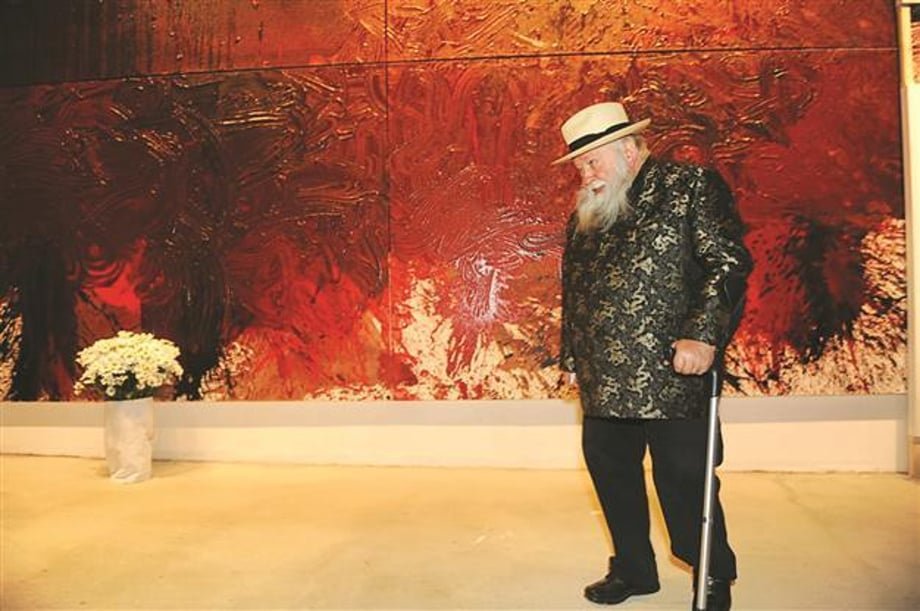 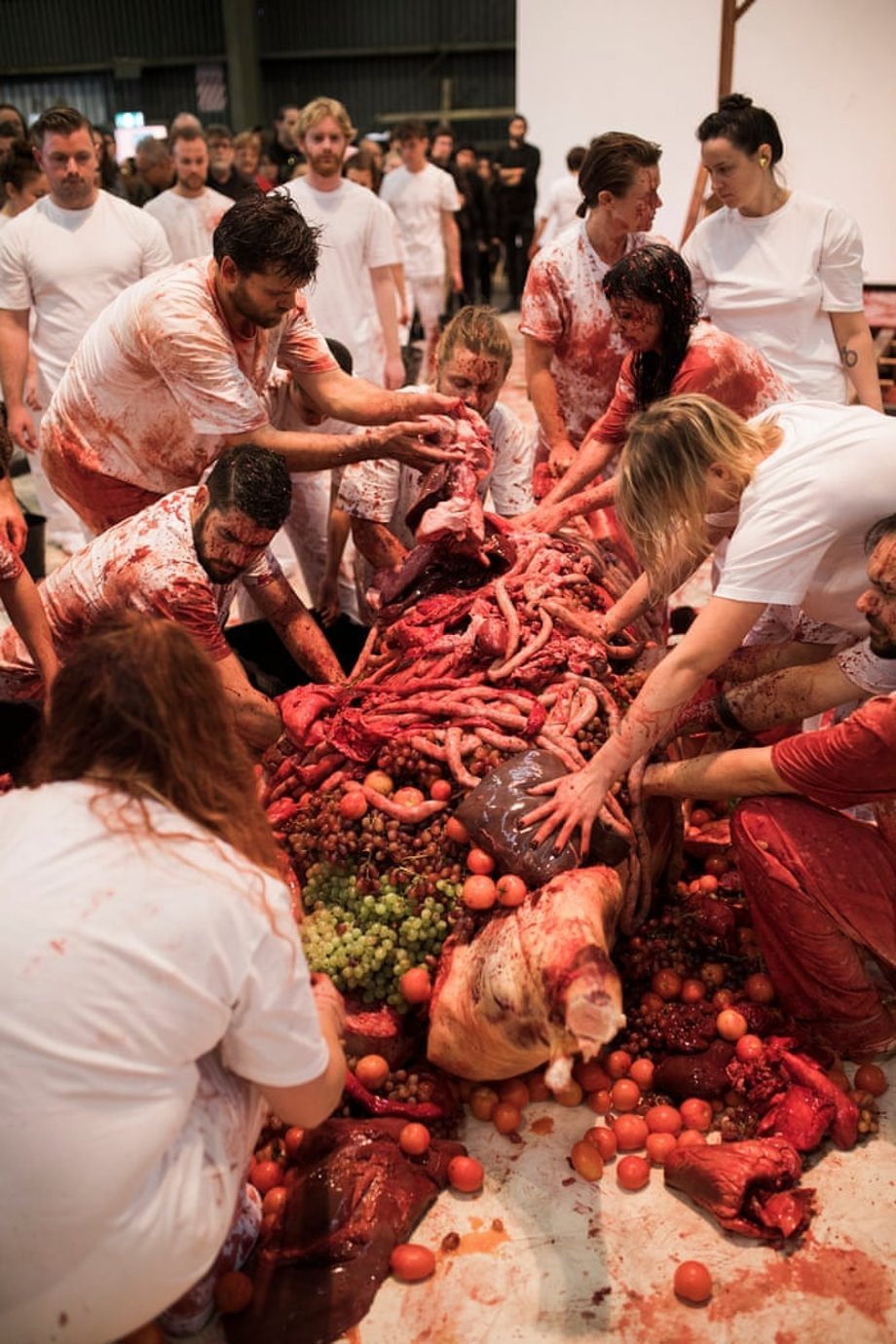 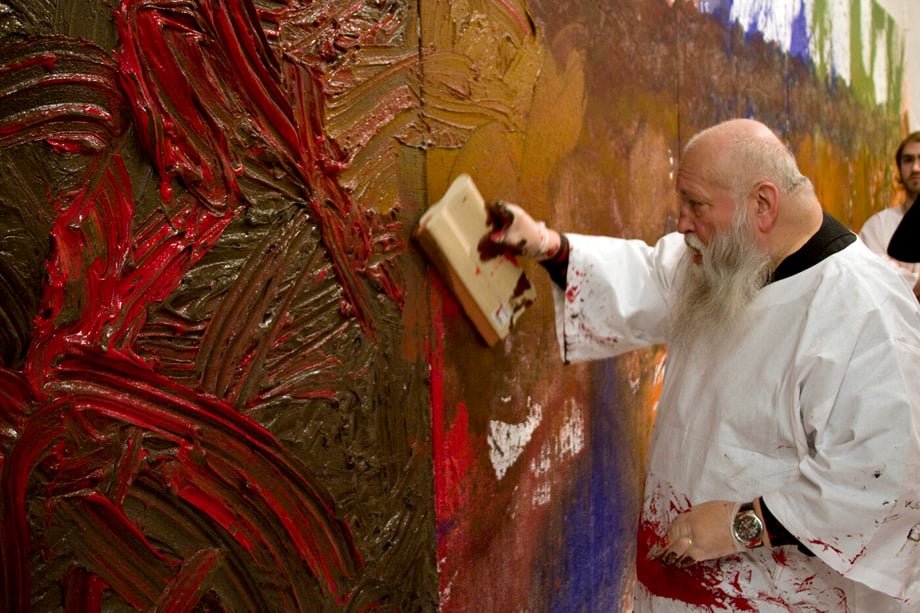 June 24, 2022
The Serbian Subculture of Turbo-folk
What brough Turbo-folk back?
Edd Norval

June 22, 2022
Joe O’Donnell - It Could Well Be Knitted
Joe O'Donnell painted tapestry-esque works could we be knitted.
Edd Norval