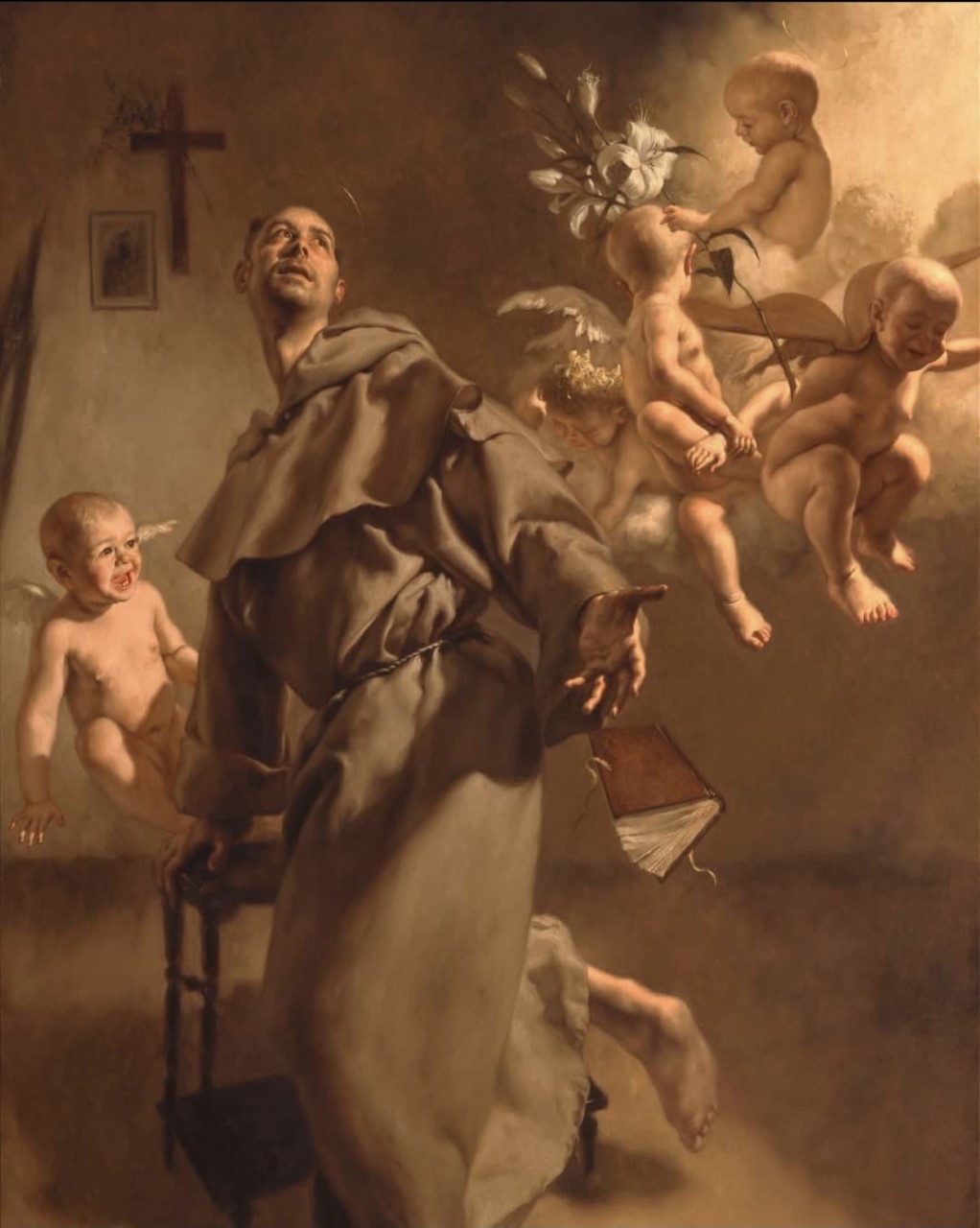 Italian artist Giovanni Gasparro’s paintings look like they come from an entirely different era. Evocative of religious and Renaissance art, his darkly hued works champion the virtues that today seem ancient, capturing scenes both Holy and blasphemous with a quintessentially timeless appeal.

Upon first inspection, it would be easy to draw parallels between his paintings and that of Caravaggio or even Jacques-Louis David for their sense of grandiosity and inherently charged dramatic scenes. Within them, a narrative seems to be being portrayed at a crescendo, like a still from a Shakespearean play, reaching its emotional zenith in front of our eyes.

Steeped in religious history, symbolism and ideology, Gasparro’s own Catholicism is reflected and portrayed in his art, a far-cry from the increasingly atheistic and spiritually void art that permeates society from the top-down and the bottom-up. For this conviction to his beliefs, Gasparro has become a controversial figure in his native Italy.

His revivalist work speaks to a growing trend within society that heralds values more transcendent that temporary, flying in the face of the uber-capitalist contemporary art that has spent the last several decades gaining prominence, leaving very little space for those more keen on tradition and conservation than experimentation and the abstract to exist in the mainstream. 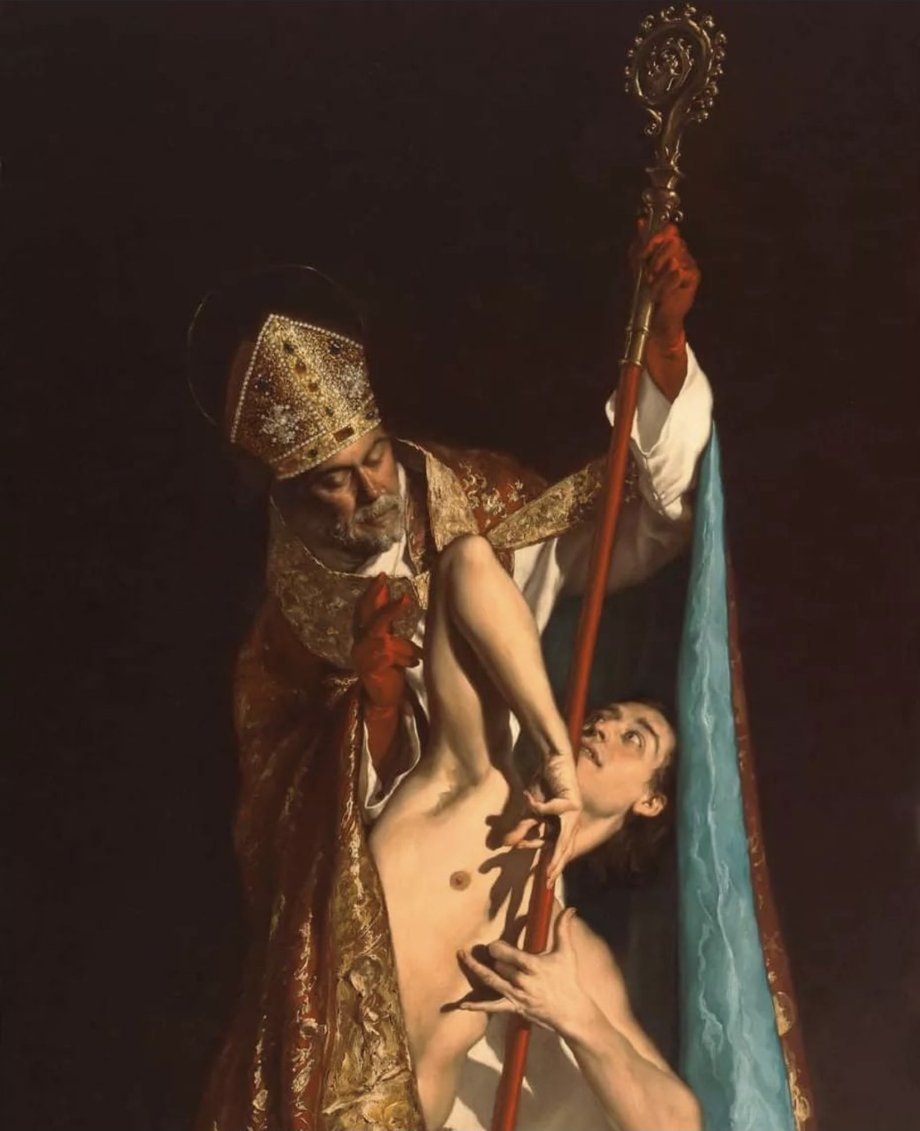 His divisive reputation in his homeland stems largely from the politically-charged connotations of religiosity and an adherence to those related values. It can be a very dangerous thing for a public figure, in art and beyond, not to toe the party line in an era when any comment, statement or work can be misconstrued and made viral within a matter of seconds. Yet, against this pressure, Gasparro has refused to yield.

With Baroque art holding a very niche place in the digital world, with other revivalist painters gaining somewhat of a cult following on channels like Instagram, Gasparro is likewise a name on many people’s lips. Outside of the digital, an unimaginable concept for most artists today, his works are revered, taking pride of place next to classical artworks by Guido Reni in some of Italy’s most illustrious venues.

Favoured by the Catholic Church, his art was chosen to help restore some of the ambiance to the San Giuseppe basilica of central Italy, ravaged by the 2009 L’Aquila earthquake. Killing around 300 people and destroying much of the historic architecture, Gasparro’s unique brand of emotive paintings seemed a perfect fit for this situation, encapsulating the charged atmosphere of the incident and its aftermath. 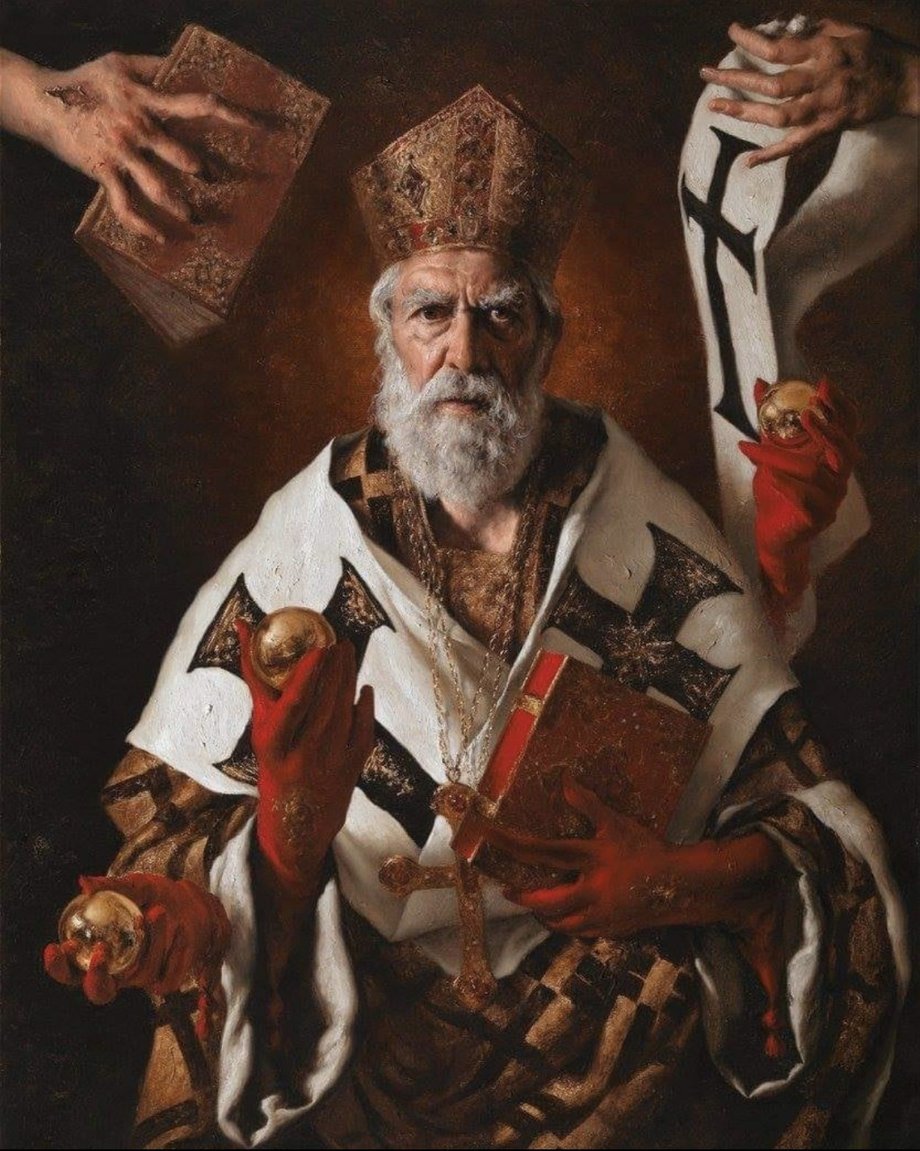 A poster boy for the anti-avante garde, Gasparro’s rich art has taken heat for being Renaissance-lite, for eschewing the technique of the Old Masters in favour of something slightly more accessible. These critics have also struggled to mask their politically-charged interpretations under the facade of a genuine critique of his form, perhaps completely overlooking the concept whereby one artist can pay respects to greats whilst imbuing the pieces with their own signature.

Becoming somewhat of a lightning rod over the years in Italy for an increasingly dichotomous society - the progressives or the traditionalists - many mainstream publications have started to come to his defence, pointing out the nasty simmering underbelly of a politically-correct society ran amok, empowering followers and friends to join their witch-hunt with little evidence to support their crusade against him.

If anything, the true beauty of Gasparro’s work isn’t just in the work itself - which is unfortunately too often overlooked in favour of wider societal discussions - but in the very fact that art is still capable of provoking and arousing such impassioned stances. That is, after all, what the greats have always done. Art has always been on the vanguard of taste and sensibilities, challenging what a society believes and, hopefully, inspiring a sense of reflection about what values we hold dear and why.

In amongst all of the virtuous piggybacking of every trendy social cause, it’s too easy and, sadly, far too common that people lose sight of what they believe in and, increasingly, what makes an individual who they are. Gasparro has staked his claim. He's a painter intent on making classic art. That's up to the world to decide what to do with that. 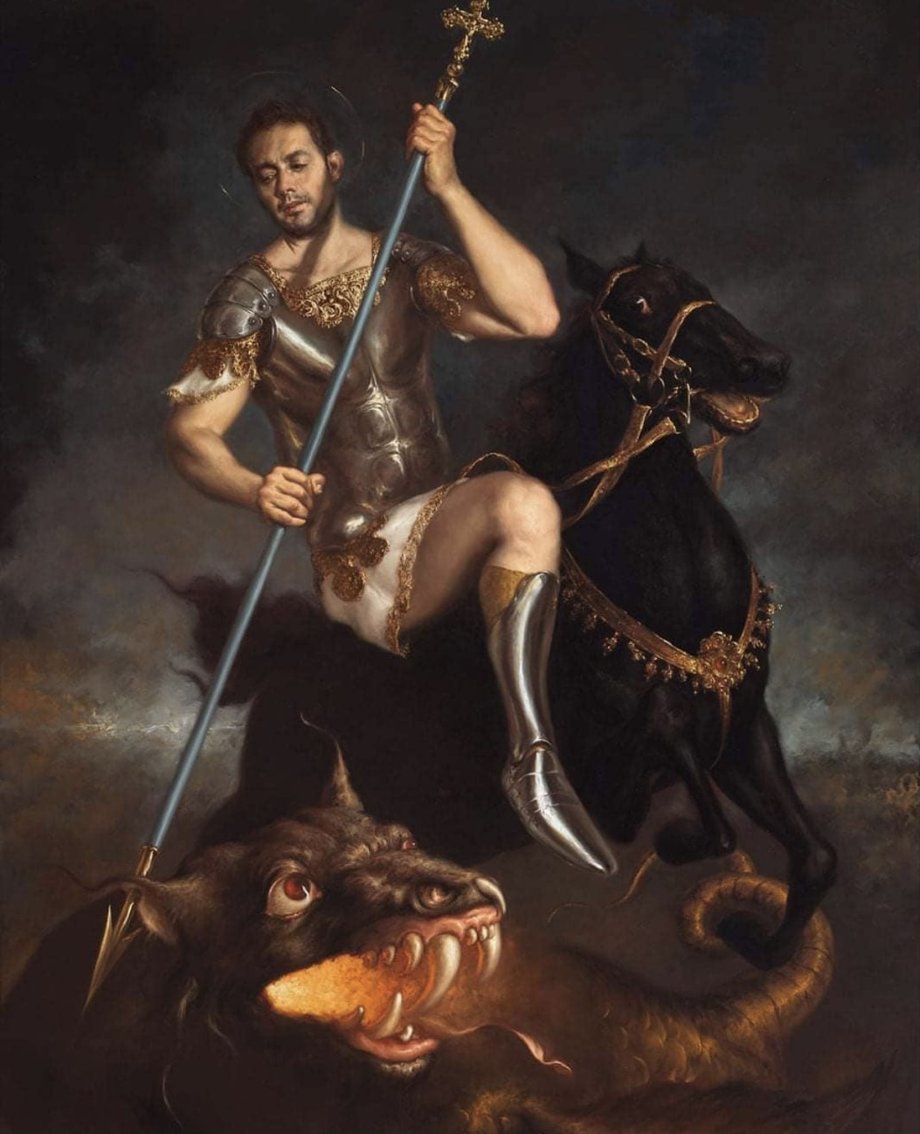 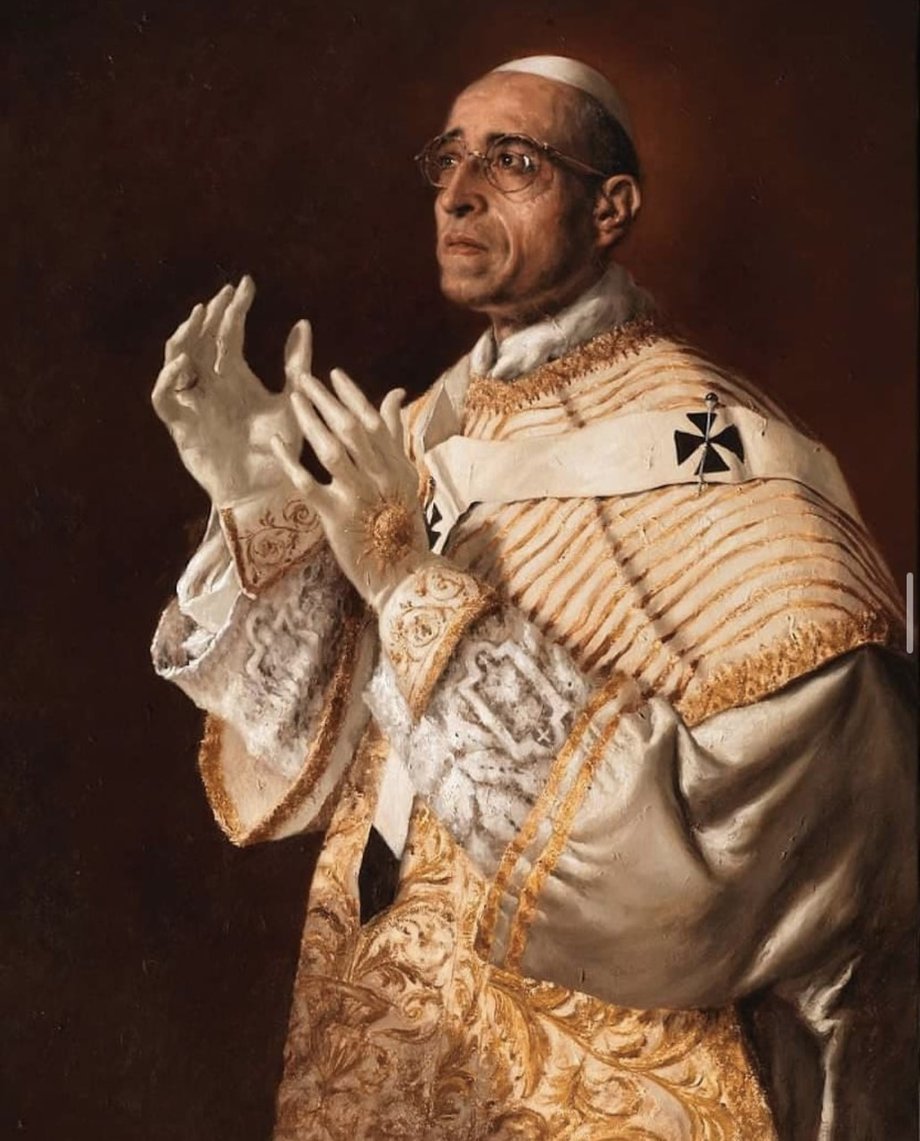 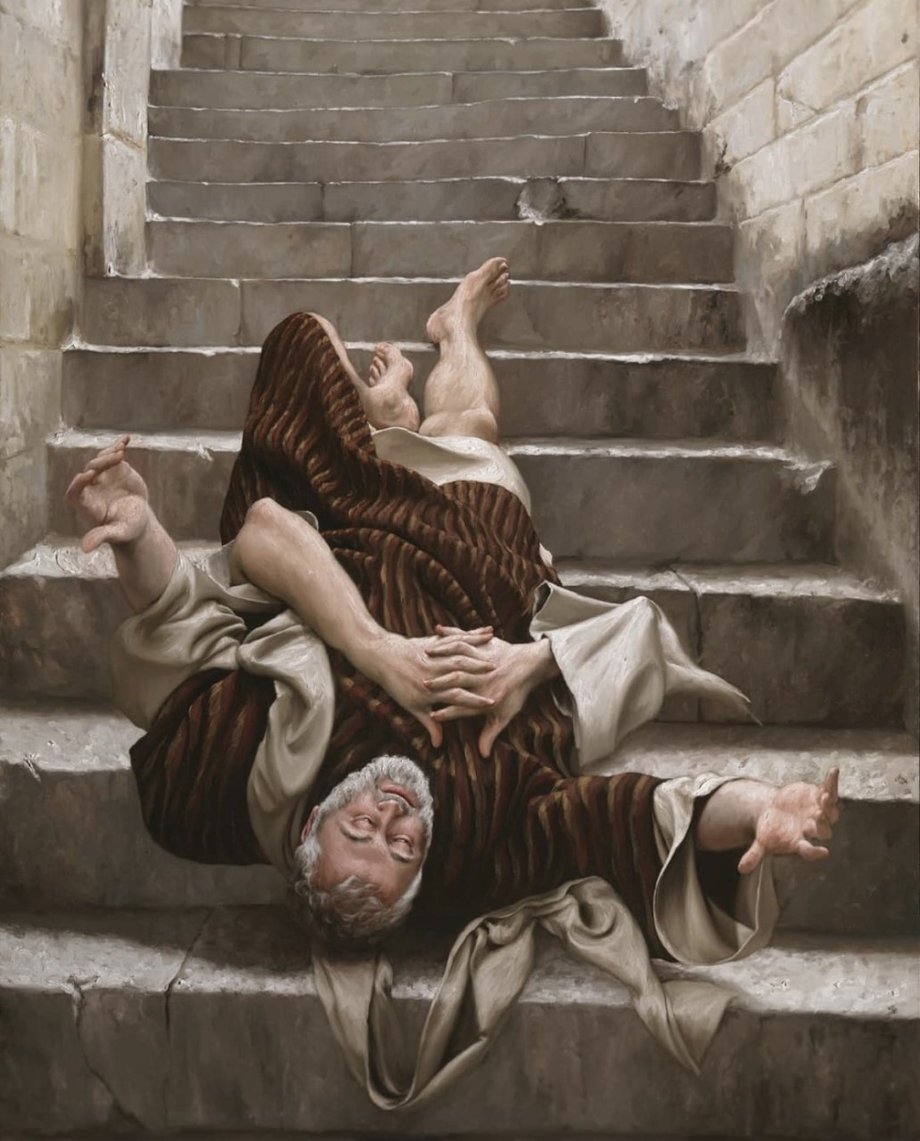 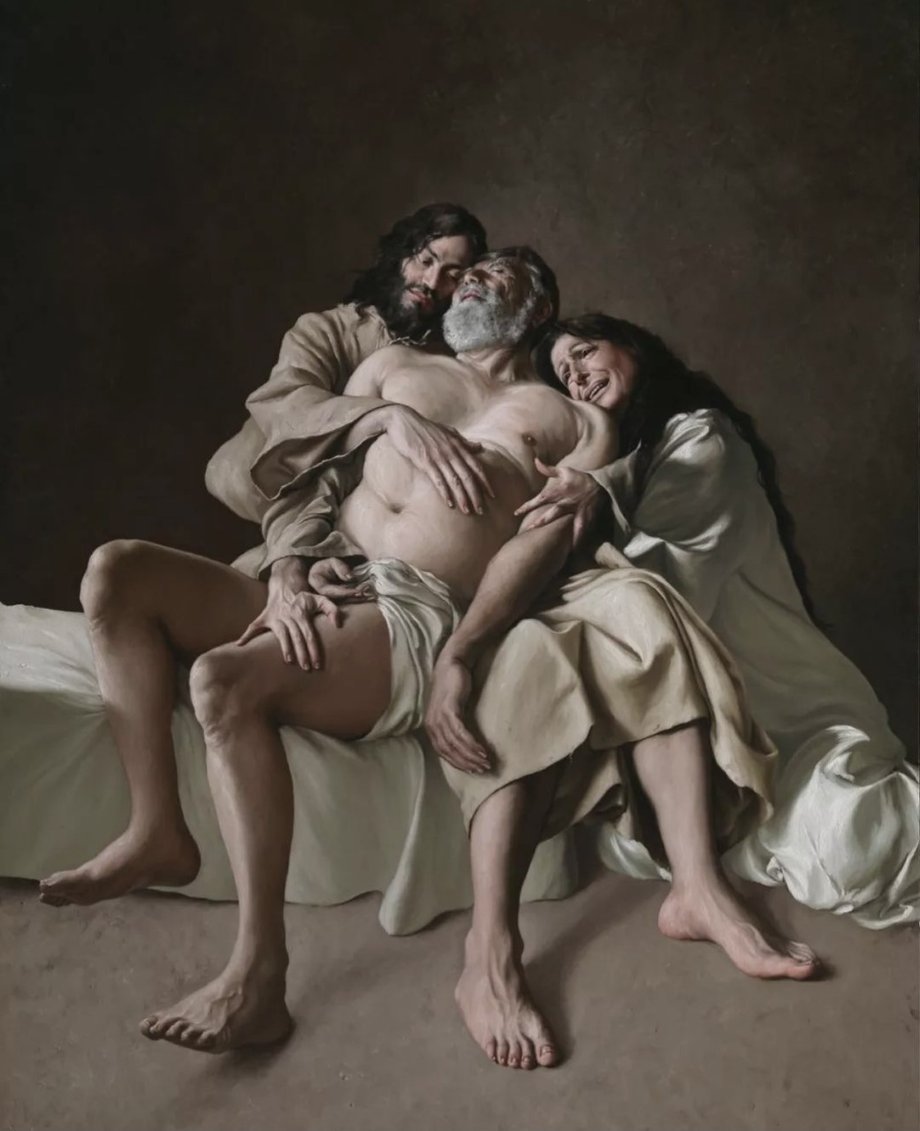