German figurative and expressive painter and sculptor Georg Baselitz was born and raised in a world on fire. All around him was chaos as a result of the desire for order. It was a World War. His art could be seen as a reflection of the contradictory terms in which he came to understand his surroundings and, by extension, himself.

When thinking about Baselitz’s work, one of the most common associations made is his propensity to turn his paintings upside down. It might sound ham-fisted, but his commitment to continuing this technique means that it has become a serious part of his work, an aspect that has to be given thought and consideration, despite what could've initially been dismissed as gimmick.

His decision to create such a vast body of work with this technique embodied in each manifests a very visual representation of perspective. How can we see the world differently if we aren’t forced to? Baselitz was forced to, by means well beyond his choosing, “I was born into a destroyed order, a destroyed landscape, a destroyed people, a destroyed society. And I didn't want to reestablish an order: I had seen enough of so-called order. I was forced to question everything, to be 'naive', to start again."

Although it sounds obvious to state - convention would dictate that things are the right way up. Opting out of this regularity, the artist has been able to infuse his own autobiography into the paintings. Inverting each painting in this way also challenges notions of shape, colour, form and composition. Much of the rules which govern how paintings are created become dissolved for both artist in creation and audience in consumption. 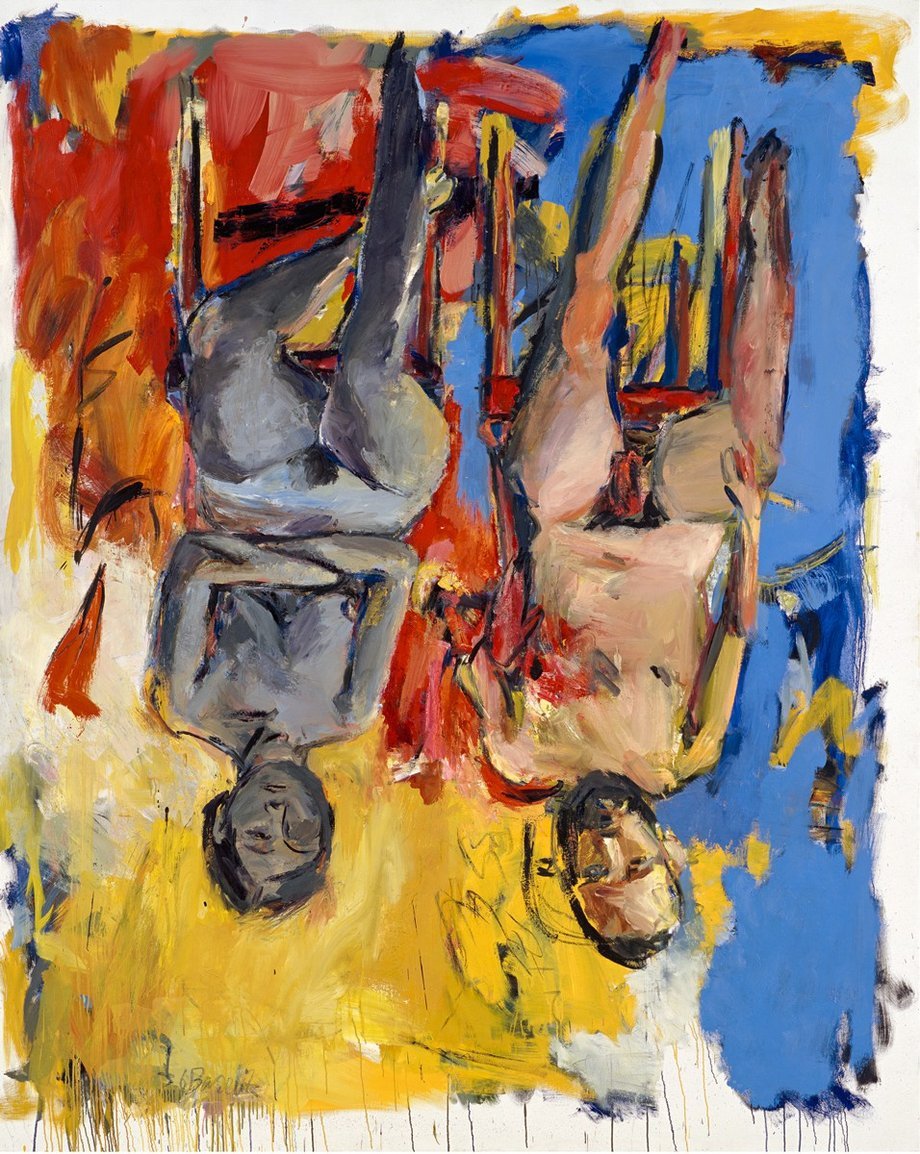 Interestingly, this also makes the painting itself secondary to the concept of subverted expectations. Some critics go as far as saying that the content of the painting doesn’t matter at all, given that the audience can’t understand the intention of the artist as they’re unable to see it the right way round. Others are more confident at the value of everything on the canvas, even so much as to state that flipping the painting enhances what's there by encouraging a move proactive engagement.

Generational artists, of which Baselitz could easily be claimed to be, tend to evolve throughout time, particularly as they go through their own ageing process. The German is a rare case in the contemporary art canon who edits, changes and corrects his older pieces as time elapses. This is a contemporary sensibility, made possible by the move of film, music and art to digital, but is entirely in-keeping with Baselitz’s commitment to innovation and highlights his claim as an artistic visionary. 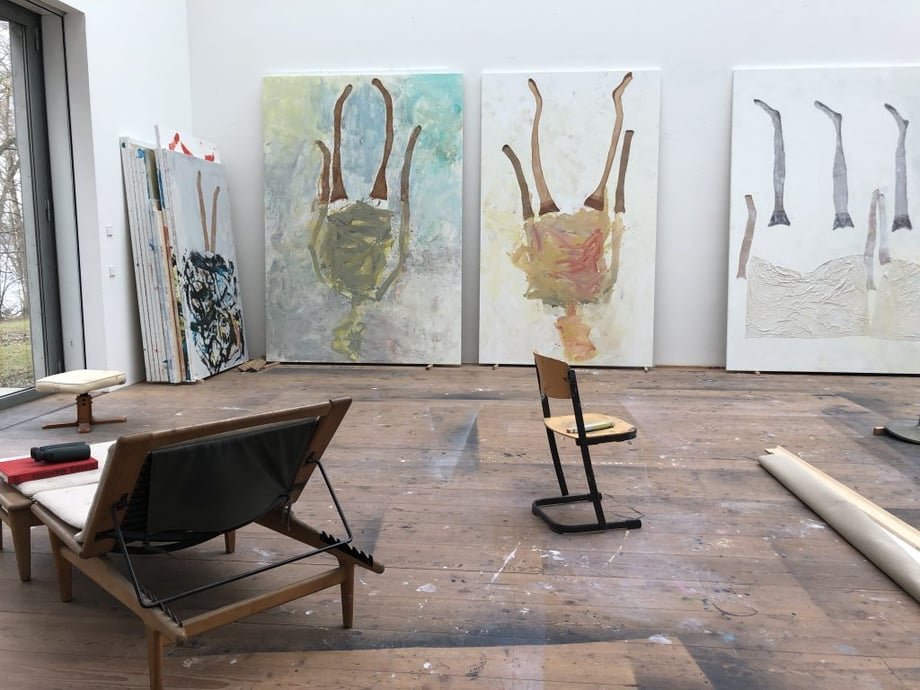 Born in 1938, the artist is still going strong. Still continuing to explore. At one point in time, Baselitz said, “This idea of “looking toward the future” is nonsense. I realized that simply going backwards is better. You stand in the rear of the train—looking at the tracks flying back below—or you stand at the stern of a boat and look back—looking back at what’s gone.” It almost verges on irony that, for somebody so fond of the past, he was an artist who continually pushed, prodded and provoked established ideas and preconceptions about painting and its limits.

Into his 80s now, Baselitz is still a pioneer. He still paints upside down and his innately tactile art retains their immersive power. 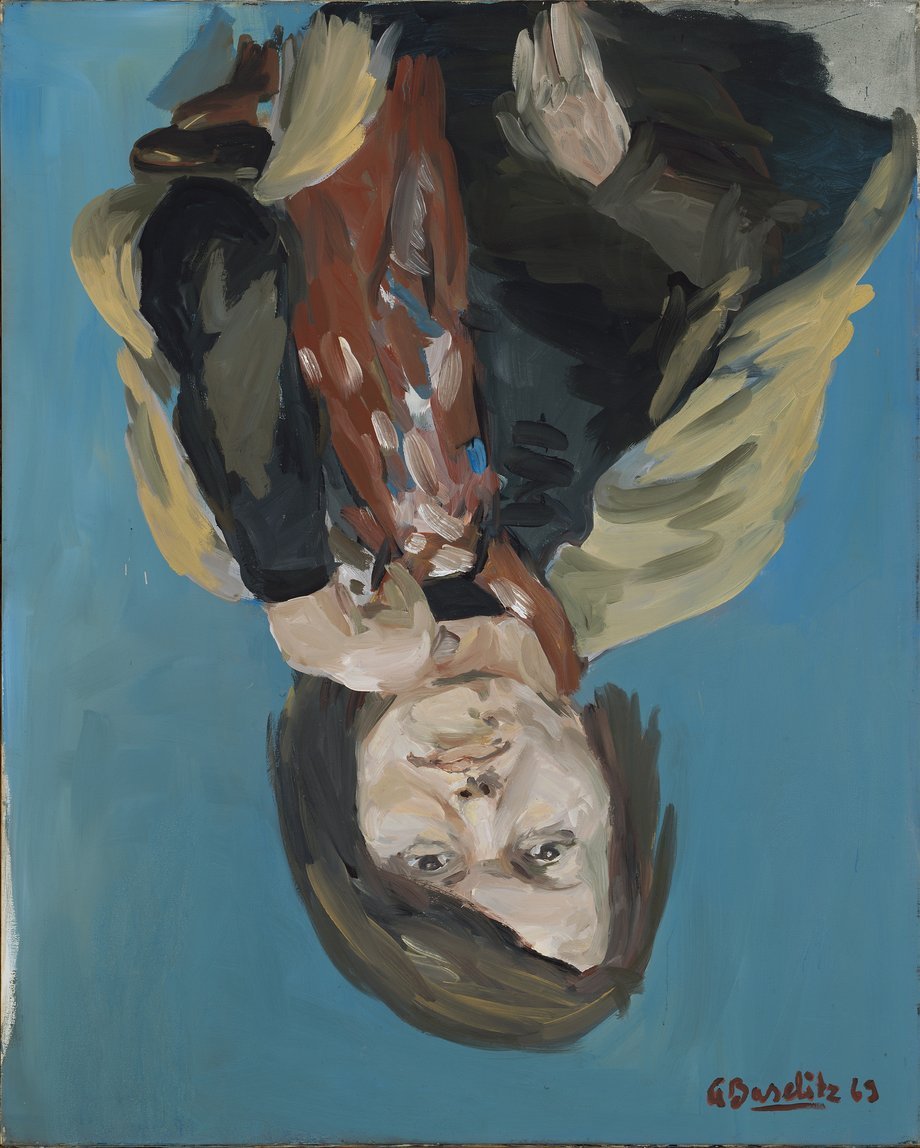 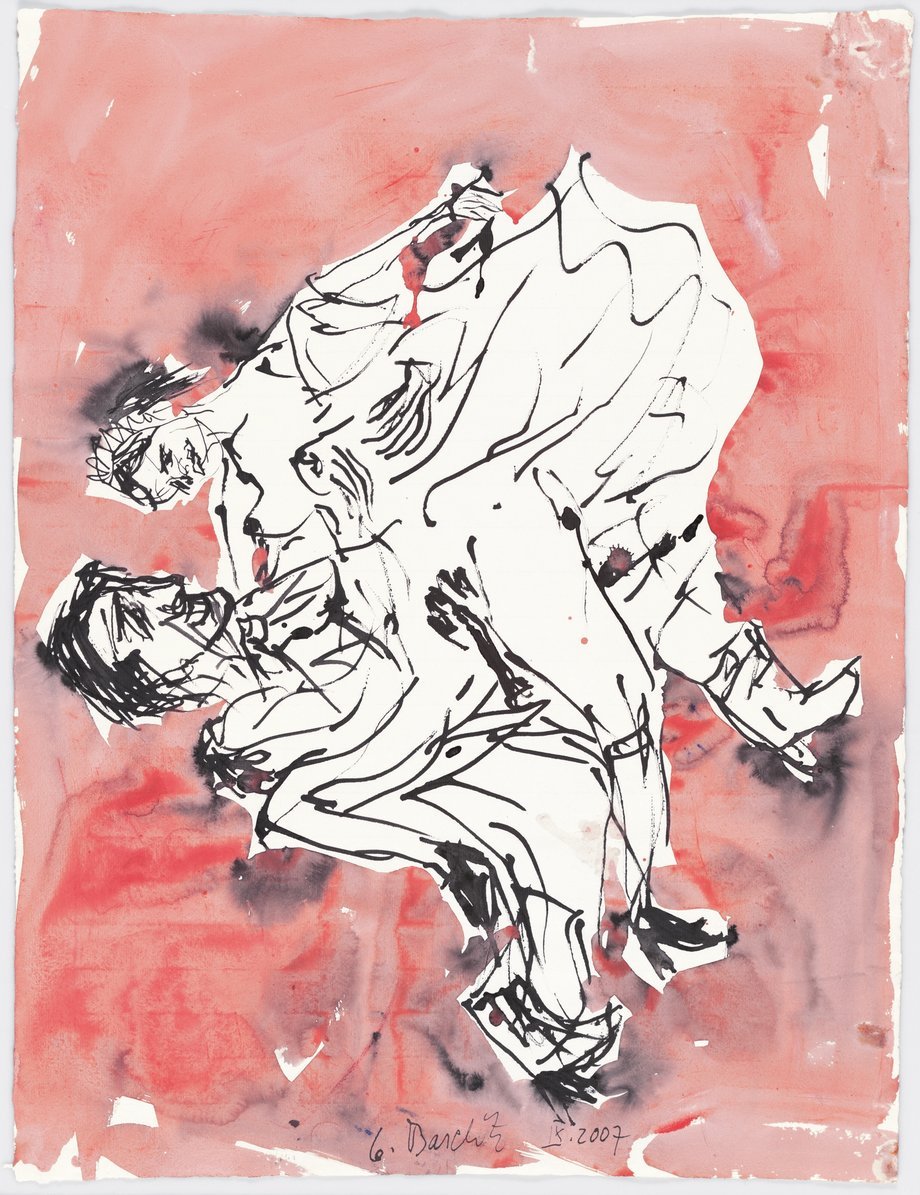 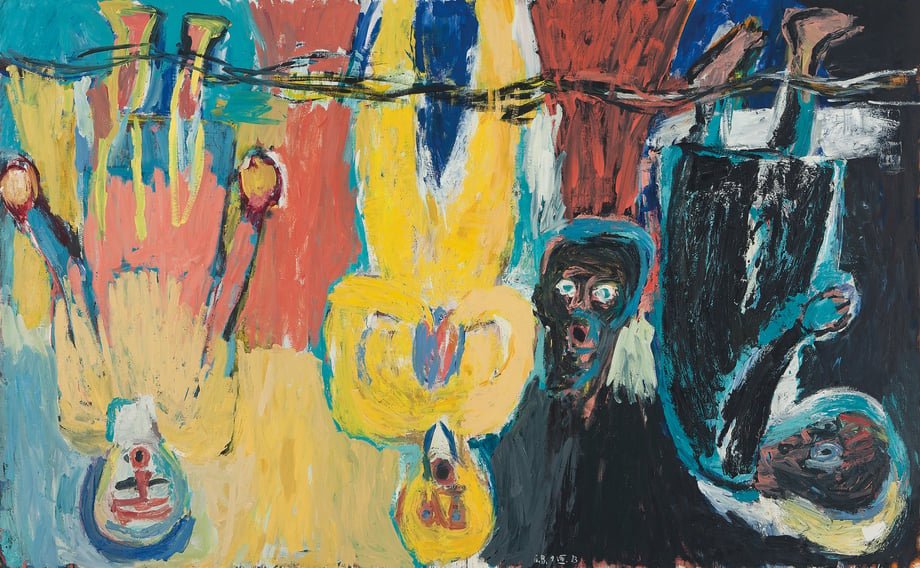