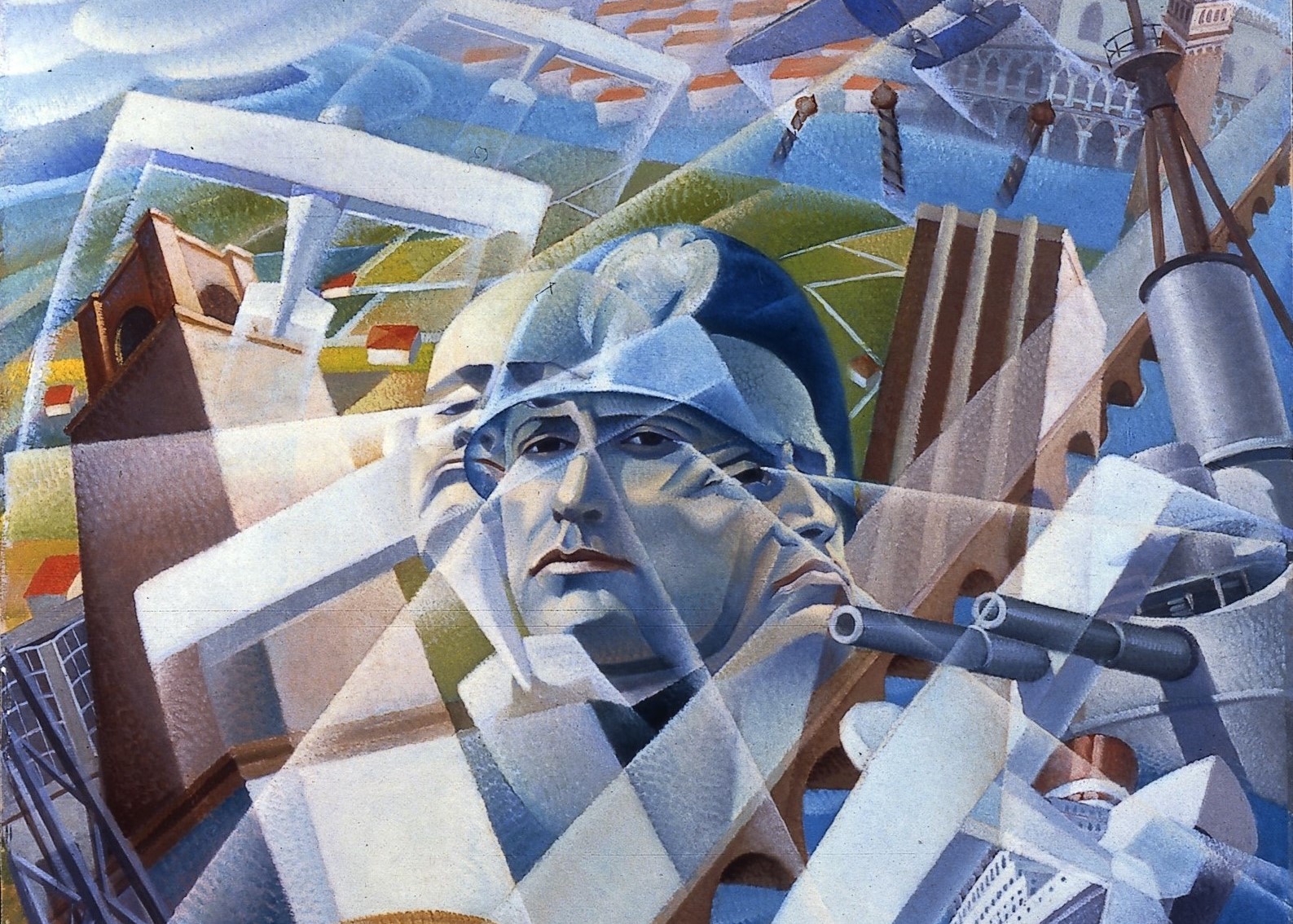 There was a period of time when the world was changing day-by-day. Oscillating between war and peace, destruction and creation, a group of artists began optimistically looking towards the future by embracing the rise of mechanical and technological progress. Futurism art embodied these ideals, borrowing from art history, whilst creating something entirely new to fit their vision of society reborn.

1911 marked the beginning of the movement with Umberto Boccioni’s The City Rises, depicting the construction of a new electrical power plant in Milan through the efforts of three construction workers. The muscled physiques of the male figures contrasting against the chaotic and kinetic environment signified an important departure from post-Impressionism and a movement towards the ‘fractured representations’ of Cubism.

Futurism depicted aspirational power. It was fast, violent, aggressive art that ‘emphasized dynamism, speed, technology, youth, violence, and objects such as the car, the airplane, and the industrial city.’ The chaotic environment takes on almost Biblical connotations in their eyes - that, as in the story of Adam and Eve in genesis - where order and creation come from chaos. It is precisely this, the fertile ground of chaos, that Futurism’s art was defined against.

Boccioni was celebrating a sense of togetherness. Highlighting the hard work of the men and their horses espoused his belief that progress was born from the unity of people and ideas. Over time, Futurist art began to take on important ties with political and social movements, giving an artistic dimension to the encroaching belief that ‘modern life’ was growing restless and relentless. That, in amongst all the unpredictability, the future was coming and it would be brighter. 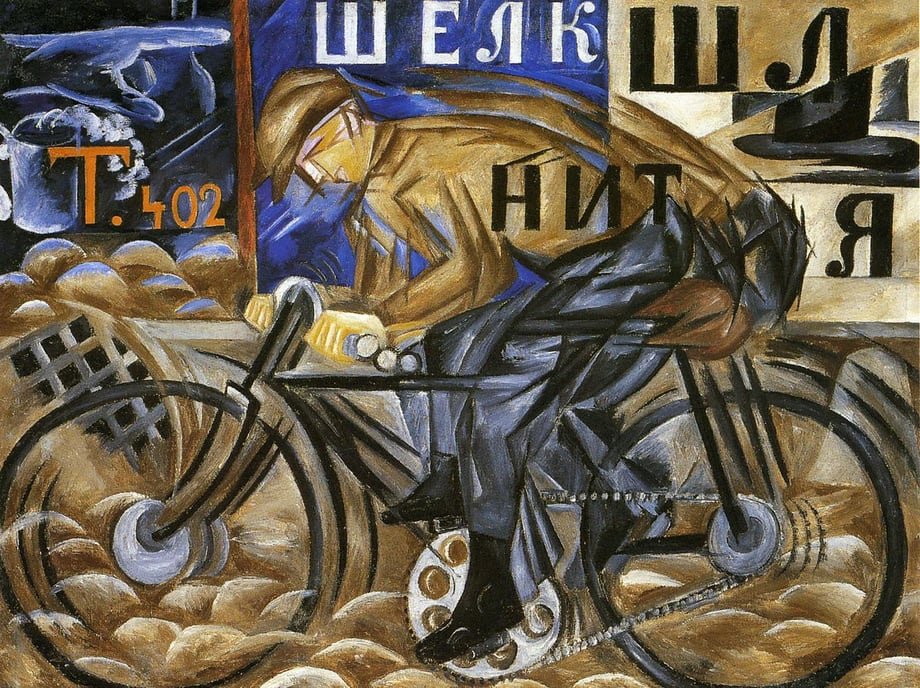 Italy, despite being the hub of Futurism, was a sister country to Russia, whose own artistic scene around Futurism was developing, adopting similar themes and depicted with the same attention to detail, the movement of machines glorifying progress. Although the Russian parallel began as a literary movement, similar to the manifestos that set Futurism’s foundations in Italy, they too moved quickly onto art - a far more effective means of capturing the aesthetic and romantic reverence for the brave new technological world that was just upon the horizon.

The focus on progress tied this movement to politics in both Italy and Russia, although on opposing sides of the spectrum. In Italy, the second wave of Futurism was embraced by Benito Mussolini and, in Russian, by Vladimir Lenin and the Bolsheviks. The totalitarian state control of both tie the ideals and help us understand the utopian/dystopian undertones of Futurism.

Both enamoured by the revolutionary philosophy of the work, the dominant political parties embraced its ability to act as propaganda, a clear and concise display of their own goals of entering a new world built by the sweat and blood of their respective country’s working classes. 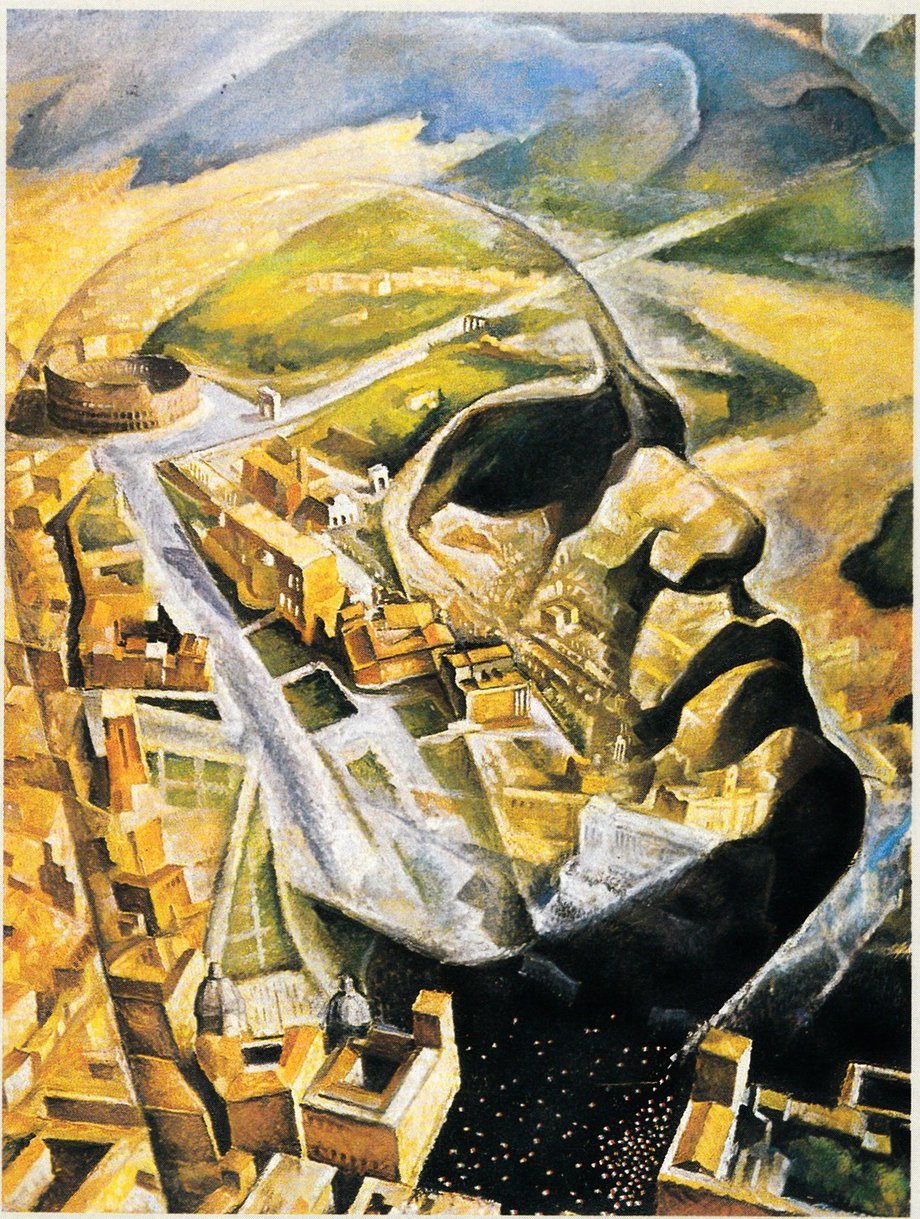 Yet, at its heart, despite the progressive rhetoric, Futurism could be defined as a reactionary movement. It loathed tradition, loathed all which came before. Championing metal over wood, the avant garde over the classic, Futurism was filled with a sense of rebellion that quickly became adopted by the political elite and ruling class. It was propaganda made without a command having been given, a promise of something better that can only be achieved by full submission of the population.

Rejecting traditionalism and embracing the nationalism of the era, this group of artists were rebellious. They fought against everything that came before, fully enmeshing themselves with each new discovery of the time, through scientific and technological means. Still, the art they actually created was deeply human. Kinetic and lively, they captured the process of art, the movement, the life around the painting itself - a group of young rebels who spoke on behalf of major global powers. 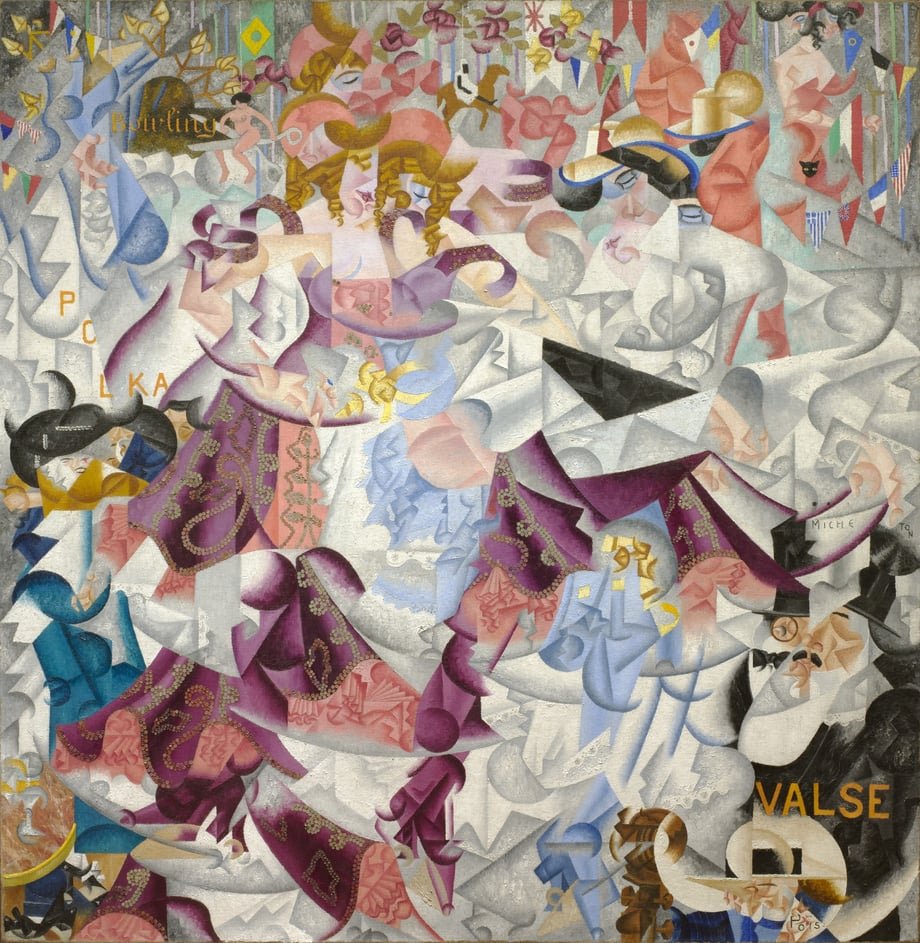