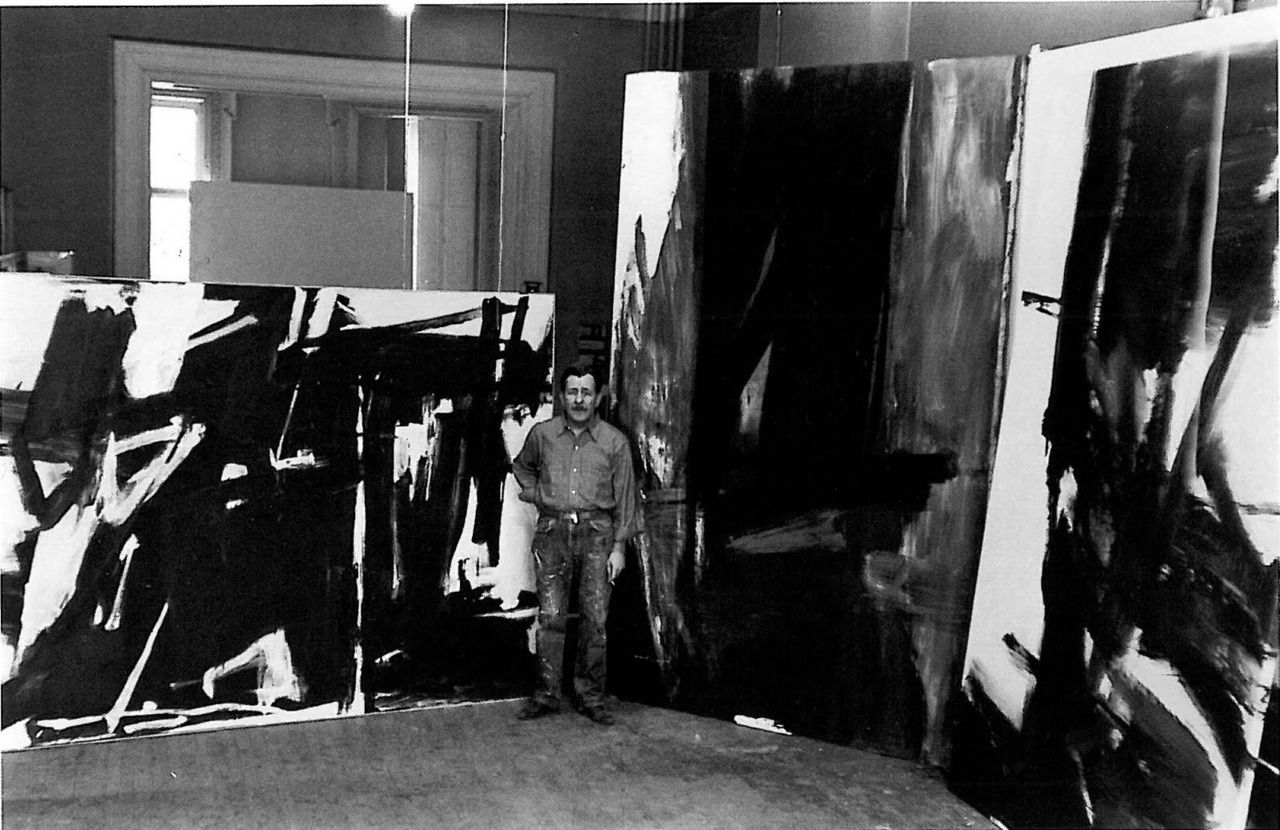 As one of the pioneers of abstract expressionism in the 1940s and 50s, Franz Kline’s bold, rough and heavy-lined paintings remain unchanged in their impact and immediacy to this day.

Revered for the kinetic power that his paintings contain, one can easily imagine Kline’s work being created, frantically and forcefully, just by looking at them. This connection to something primal and childlike, a rawness the likes to have been embodied by his contemporary Jackson Pollock, defined the abstract expressionist movement of New York, whilst setting Kline’s paintings apart from the pack.

One of the leading differences in his work comes from his thick, often monochromatic strokes, breaking representative forms down into something entirely unrecognisable. Yet, like a Rorschach inkblot test, or the fun of lying on your back to stare at cloud forms, Kline is able to conjure images of something, a different phenomenon depending on the individual.

Understanding Kline’s background helps one decode the symbolism of his art, namely his childhood in rural coal-mining Pennsylvania. At the age of seven, Kline’s father committed suicide, leading to his remarried mother sending the youngster to a school for fatherless boys. Enamoured with the possibilities of art and design, an escape at the time, Kline ended up in New York, via a year studying in London, working as a designer in a department store. 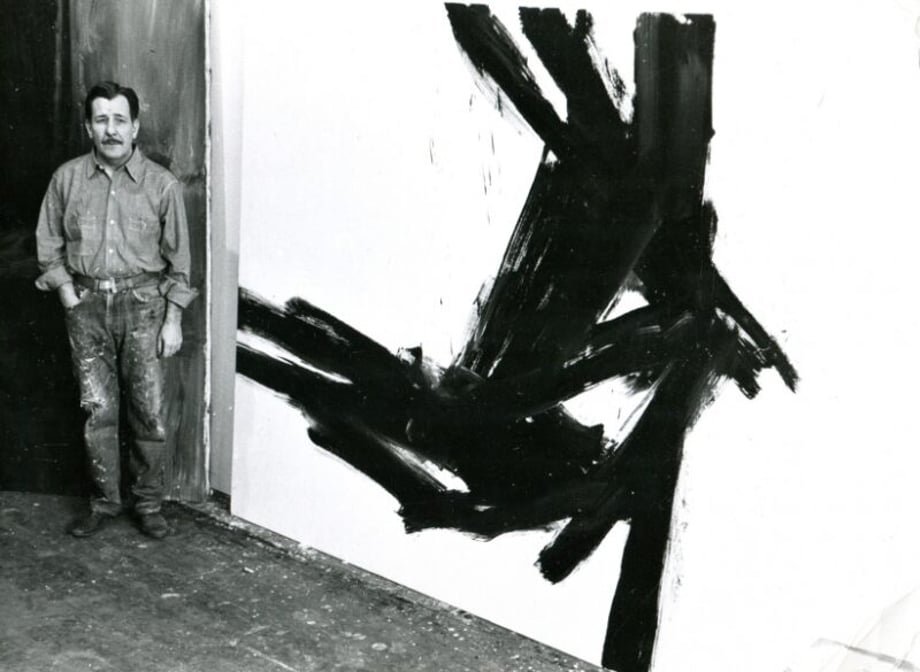 During this time he poured his energy into developing his own artistic style - the bold brushstrokes that have become emblematic of the man - which quickly became embraced by the artistic scene in New York. Although relatively painless on the eye, his focus on covering so much of the canvas in black, swift and skeletal lines, imbues his works with a sense of melancholy and foreboding, highlighting the bleakness of his formative years.

Although increasingly abstracted throughout his short working career - limited by his unexpected death aged only 51 - Kline’s paintings did represent something, from the early mechanics found in the mining community where he was born, to the landscapes that they were situated in. Although these images were pictorially represented in his earliest works, his ‘plunge’ into abstraction retained much of these themes - only in an entirely different form.

Under the tutelage and guidance of Willem de Kooning, Kline completely immersed himself into the project of abstraction, utilising contrasting colours to generate a causal interplay between positive and negative space. He reflected on this process of paint and empty space, stating, "I paint the white as well as the black, and the white is just as important." 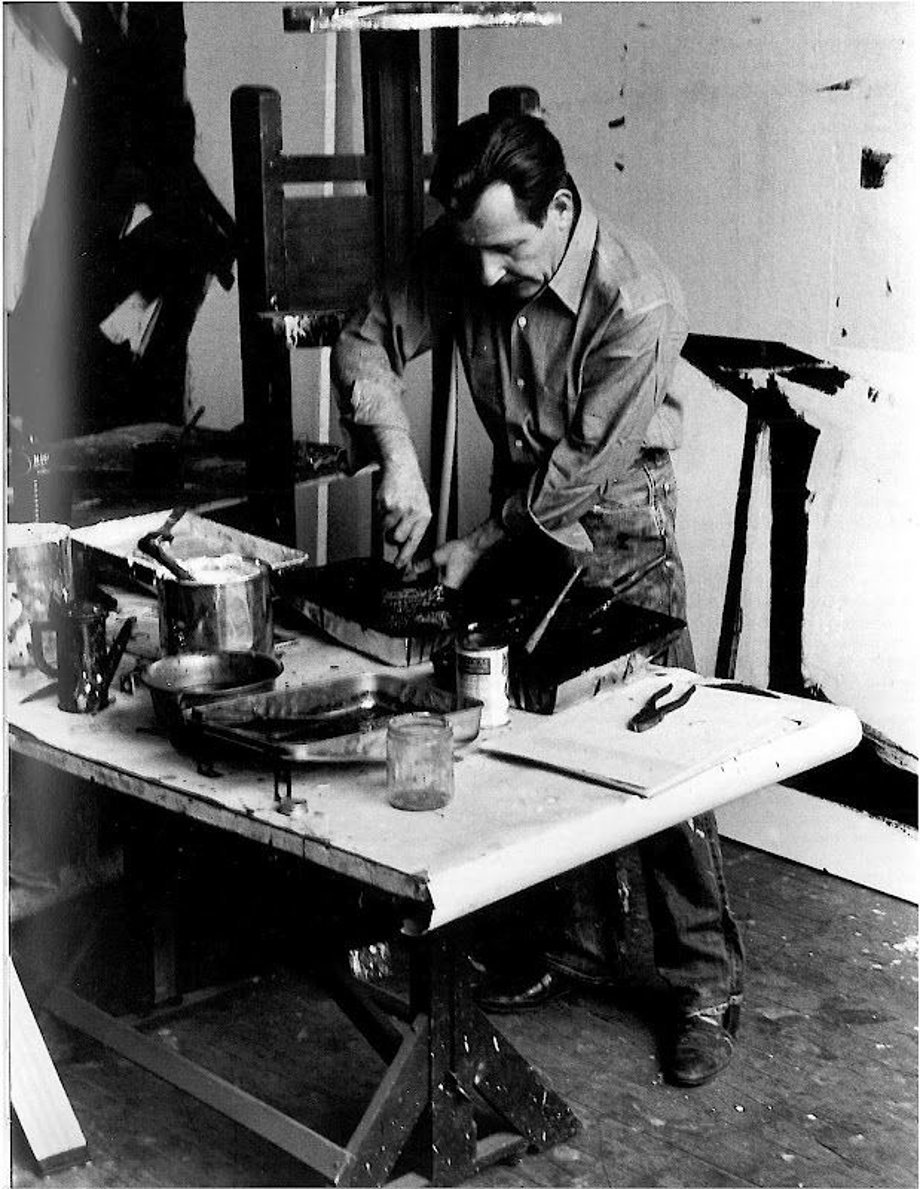 Influenced by an avant-garde interpretation of Japanese calligraphy, Kline’s work bled into the man and vice-versa. Labelling himself ‘the black and white man’, he became known and typecast as such. At first, this was a freeing concept. He’d finally found a way to express himself artistically. Later, though, he felt restricted by the term, a victim of his own brand.

In reaction to this sensation, Kline worked towards incorporating colour, integrating the same style with a palette as a way to potentially reflect a broader range of subjects and emotions. This was an ongoing experiment, of which very little is recorded, that ended abruptly with his death in 1962. What he did leave behind was a new way of seeing the world for many burgeoning artists.

Rather than infusing meaning that wasn’t there, Kline was more interested in the process and the feelings that each painting could evoke, unguided by his own description. By playing down the significance of his works, at least symbolically, Kline’s paintings have become keen sources of psychological study and interpretation, as well as influential in art, well beyond abstract expressionism and into the realms of studies of space and light. 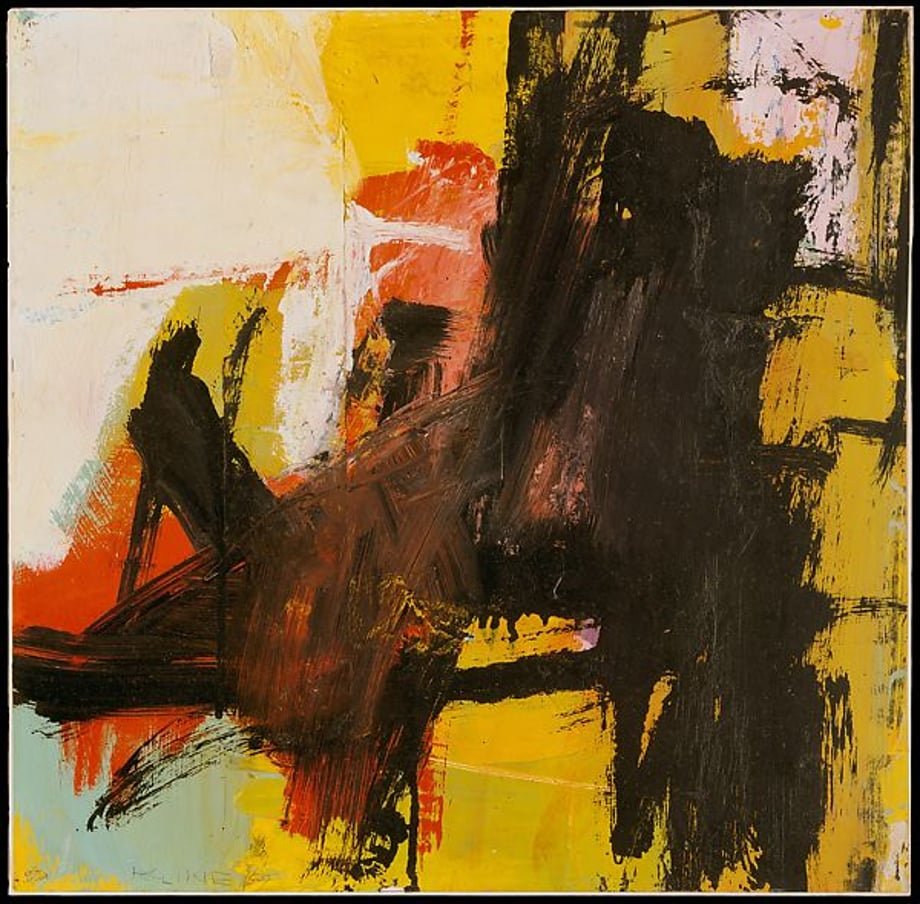 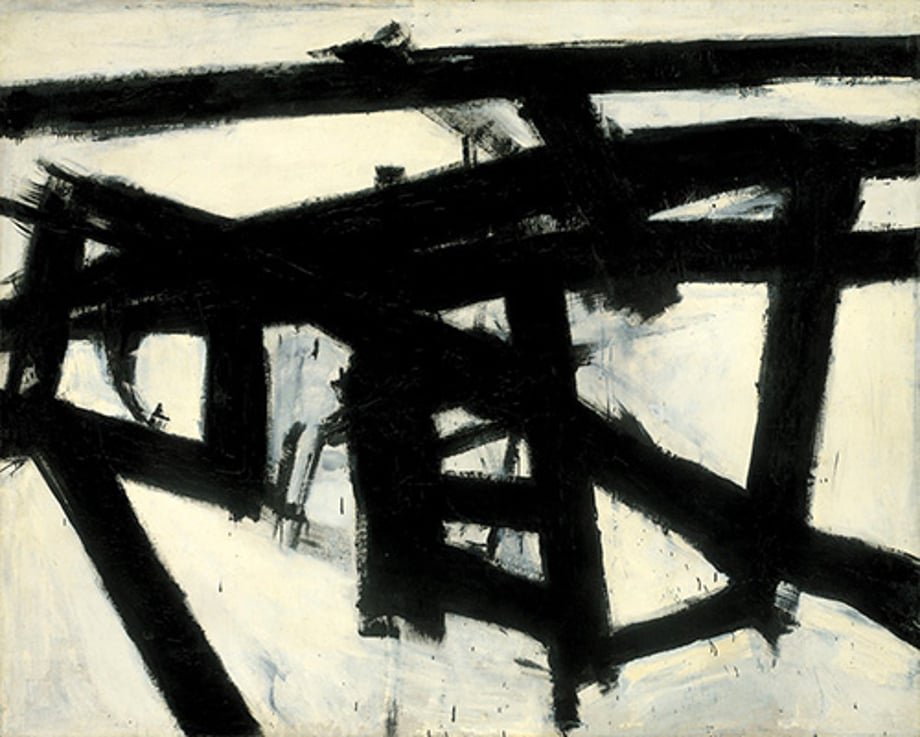 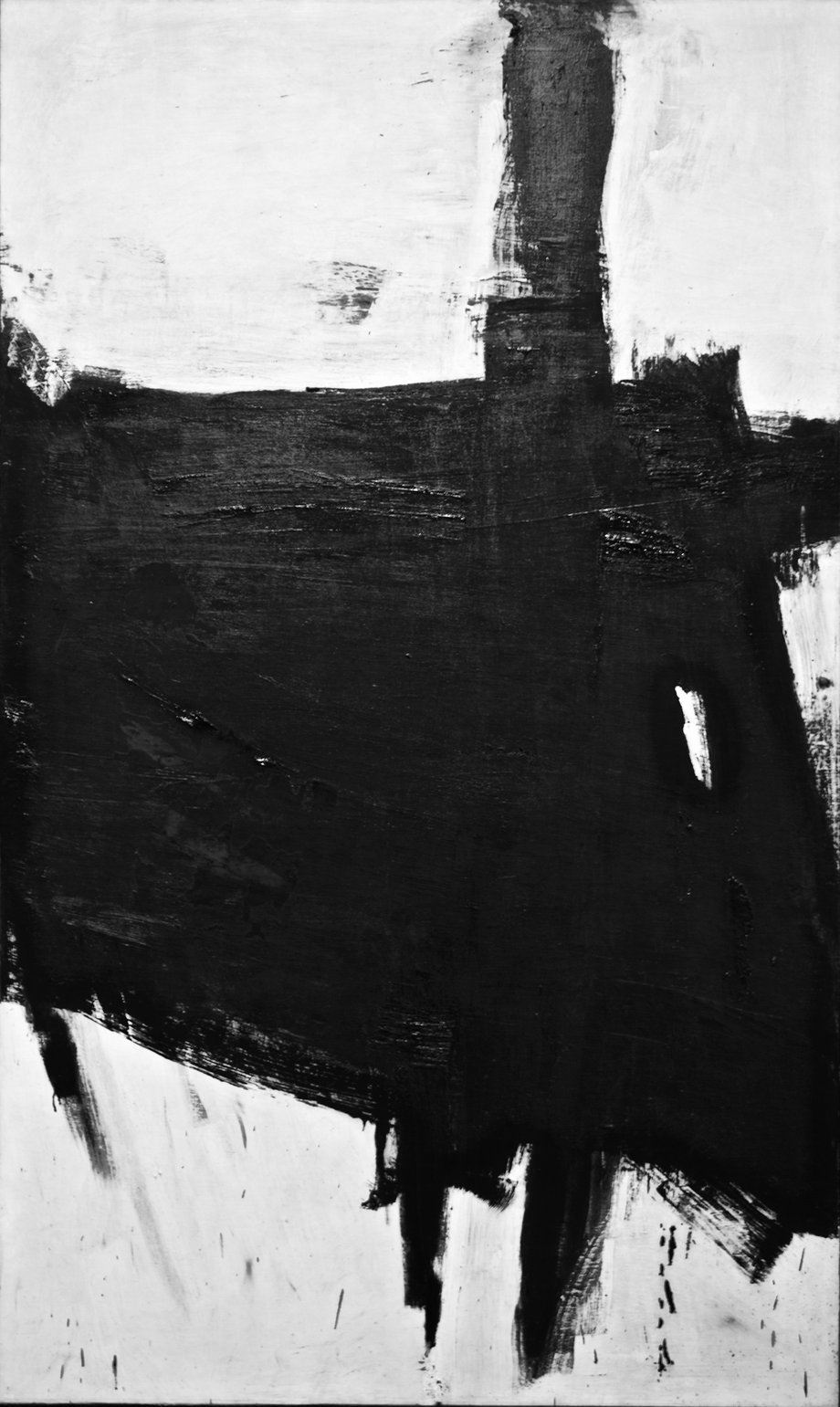 June 15, 2022
Joe O’Donnell - It Could Well Be Knitted
Joe O'Donnell painted tapestry-esque works could we be knitted.
Edd Norval