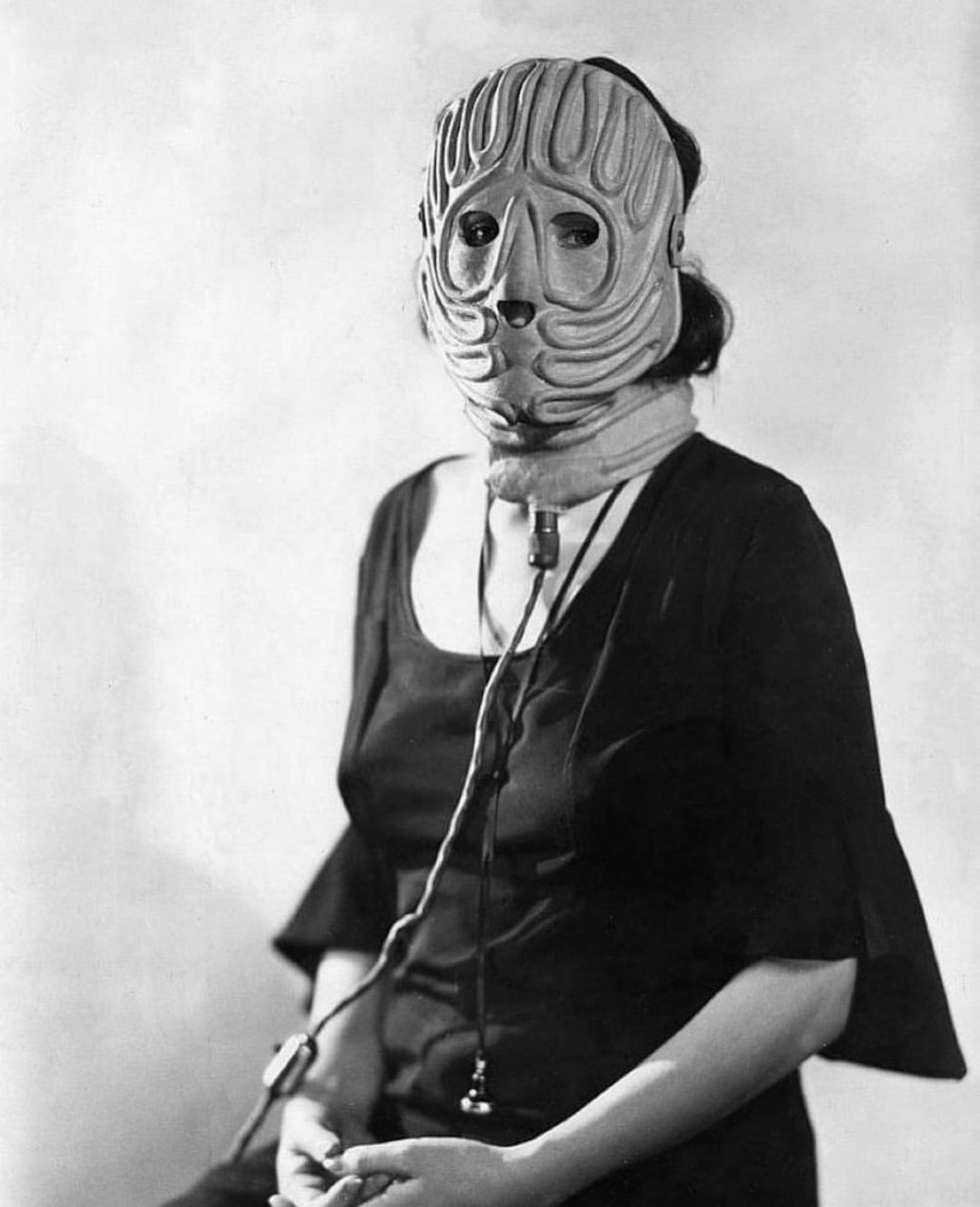 Masks, as both physical embellishment and metaphorical symbolism, have been a part of the human psyche for thousands of years. Found natively in every corner of the globe, masks can be utilitarian or they can be decorative. False Face, an Instagram account curated by artist Jym Davis, is an online archive exploring the depth of masks in culture.

From ancient to popular, the demonic Japanese Hannya to the bejewelled Martin Margiela worn by Kanye West, masks have and always will be something that arouses a sense of intrigue. Why? There’s a simple answer and there are far more complex answers. At its surface, it’s because masks perform a dual role for the wearer. You can hide who you really are, emboldening you to act in a way that has no authorial repercussions. Responsibility is shrugged.

Or, you can use it the other way. Perhaps you’re a person unable to truly show who you are, to act out the life that you want to. Then a mask can be that facade that allows you to interact with the world in a manner more true to yourself. (thinking of you, Batman) One is about hiding, the other about revealing. Naturally, before we even consider the artistic element of a mask, the philosophical and psychological connotations are enough to serve as a conversation starter.

Jym Davis, under his own mask of False Face, asks us to consider how we perceive masks in a contemporary setting, in an age of surveillance and scrutiny - when, it could be argued, people we don’t know can know us just as well as we do ourselves. Objectively, through data, a composite image of each of us can be conjured. There’s no hiding. Or, is there?

Now, the concept of the mask has exploded. They go beyond a facial covering, but can be conceptualised as anything masking the true identity of the person behind it. Think anonymous eggs on Twitter or messageboards, or people catfishing, pretending to be something that they’re not. Today, the mask is the avatar.

By this definition, masks are transformative. In fact, that’s one of the things that attracted Davis to them. He told Coeval Magazine that the intention behind his own work and the False Face documentary/archival project is to give his audience the remit to influence their own myth-building. He chooses to leave the posts open-ended enough so as to allow viewers to impart their own meaning, whilst containing enough relevant information to keep the project well within the boundaries of an archive.

From tribal rituals in Africa to popular culture references, transcending high fashion and horror, False Face is an account that shines a light on a growing community that combines sculptors with filmmakers, jewellers and beyond in engaging with the multidisciplinary movement of creating and showcasing masks.

That this online community exists and, given their popularity, this alone is testament to the enduring appeal of masks. Davis traces this, at least in part, to being a reaction against the rise and rise of surveillance and social media performativity. Through teaching at a university and engaging with his growing audience, Davis is never short of inspiration for posts on masks, which naturally double up as research material for his own eponymous artistic project.

He’s excited by the future that he is helping to create. Wearable sculpture is becoming a form of art unto itself, a sensorial and tactile form that breaks down the preconceptions of art as something we look at, but don’t touch. This brings us full circle, once again reiterating the quality of the mask as utilitarian and artistic, ancient and modern, constantly changing, always staying the same.