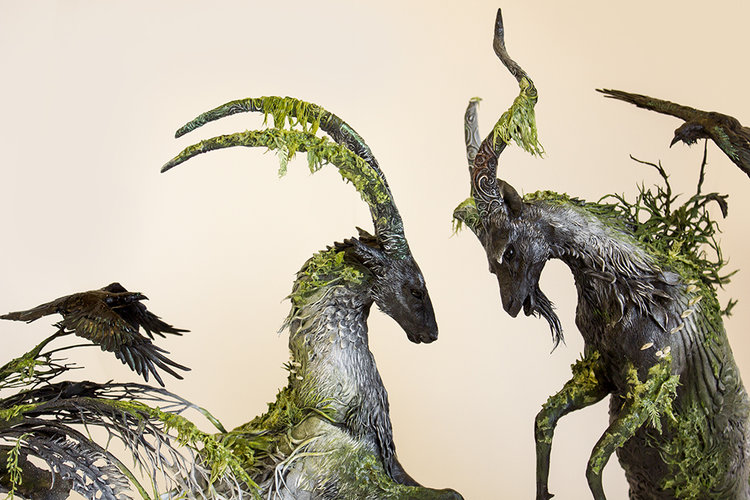 Ellen Jewett - On The Wings

Ellen Jewett’s sculptures are able to tap into something primordial and nightmarish within us. Her fantastical works of animals are familiar, yet not quite identical to anything we’ve seen before. They ebb between eerily realistic, yet intensely mystical, embodying the sense of oneness between animal and nature.

In the film Annihilation, a group of scientists venture into ‘the shimmer’, a piece of land affected by a mysterious phenomena in which all living things have undergone various degrees of mutation. In this place, beautiful and peaceful creatures reside alongside some that are genuinely terrifying in their design. Jewett’s works could quite easily belong in such a place - on either side of that divide.

A phenomenon known as the ‘Uncanny Valley’ details the strangeness of feeling when a human encounters a non-human that looks, behaves and acts like one, whilst remaining inexplicably off. This comes from lifelike robots, computer generated figures or, most recently technology like deep fakes. It’s difficult to nail down the root of this aversion, but most people attribute it to sick, diseased and dead people in the past. Through generations, it became hardwired into our DNA to distrust anything that provokes such a feeling.

Jewett’s creatures invoke those feelings of fascination and unease, only with animals. In each of her sculptures, we can tell instantly what the creature is. They’re not, in and of themselves, fantastical creatures in the same way that unicorns are. However, some of them are incomplete, ghostly, while other have extra growths, often flora, as if they’re an animal-plant hybrid birthed as a result of experiments gone awry. 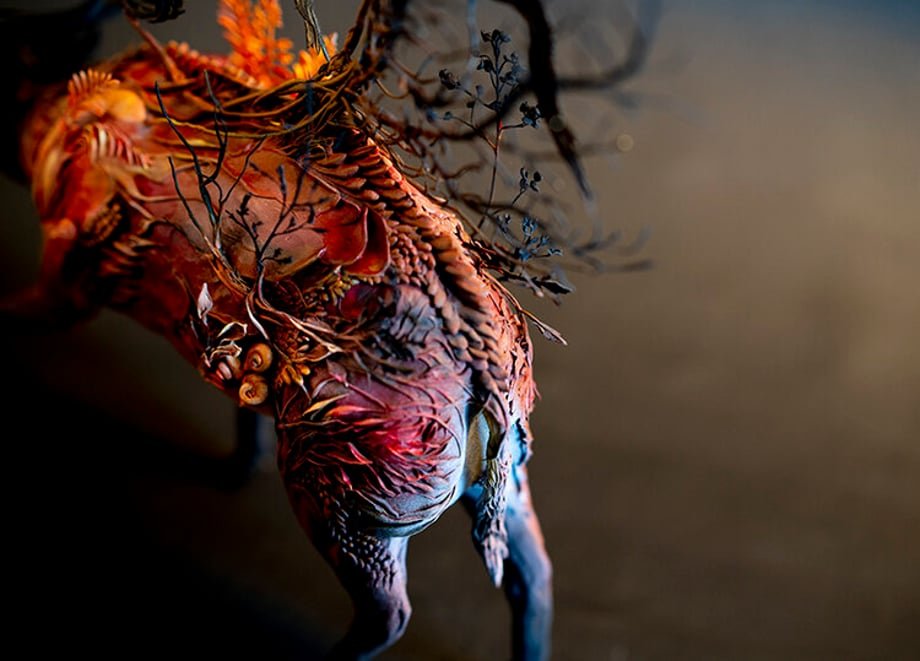 Talking about the process of conceptualising her designs, Jewett said that ideas come “from animal physiology and a love of the fantastic, grotesque and absurd. Each unique artwork is handmade and painted with no more tools than fingers and a paintbrush. The process begins with a handmade metal armature over which lightweight clay is sculpted. The painting is executed with acrylic, mineral, and oil pigments and the embedded eyes are glass. When complete the whole work of art is glazed to intensify colour and strength.”

Creating her sculptures, as a process, is equally important to what she inevitably creates as a product. Further deepening her relationship with the organic world, Jewett opts to only use non-toxic materials, a task harder than it should be. This attention to detail in both process and product positions her sculptures in a unique realm, self-described as ‘natural history surrealist sculpture’. 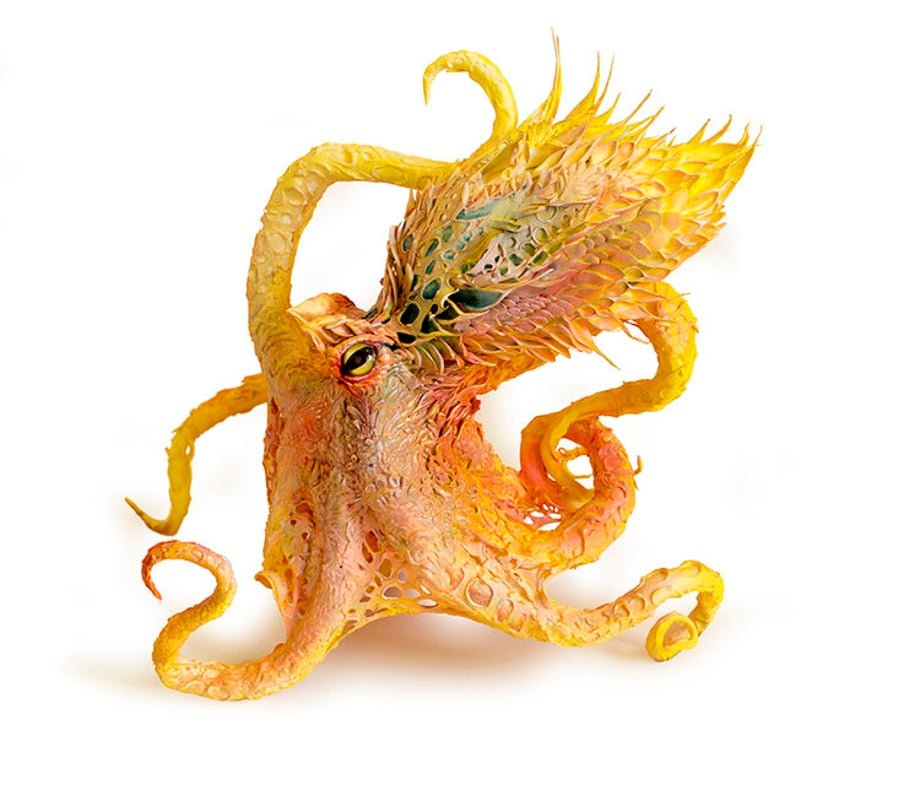 Unsurprisingly, the Canadian artist has garnered a large online following. It’s hard to look past the inherent sense of intrigue cast by the rich details in her works. For her fans, the animals are a place to get lost. To explore the mixture of nature and animal form as informed by her background in medical illustration and exotic animal care. From these disciplines she was able to garner firsthand experience in the borderlands of biology - its limits and possibilities.

Throughout her artistic practice in sculpture, Jewett has been on a voyage of refining her process. Her most recent works are the most detailed, yet simple, of her career so far. This seeming contradiction is, in fact, testament of artistic growth. Even though the process of creation is far more intricate, the concepts are much more powerfully executed.

With each new sculpture, this burgeoning world grows. 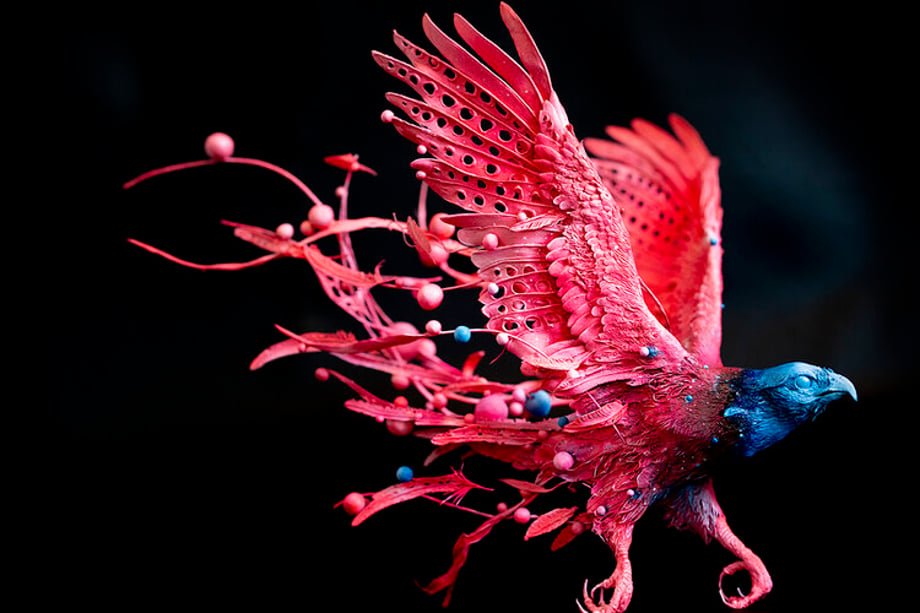 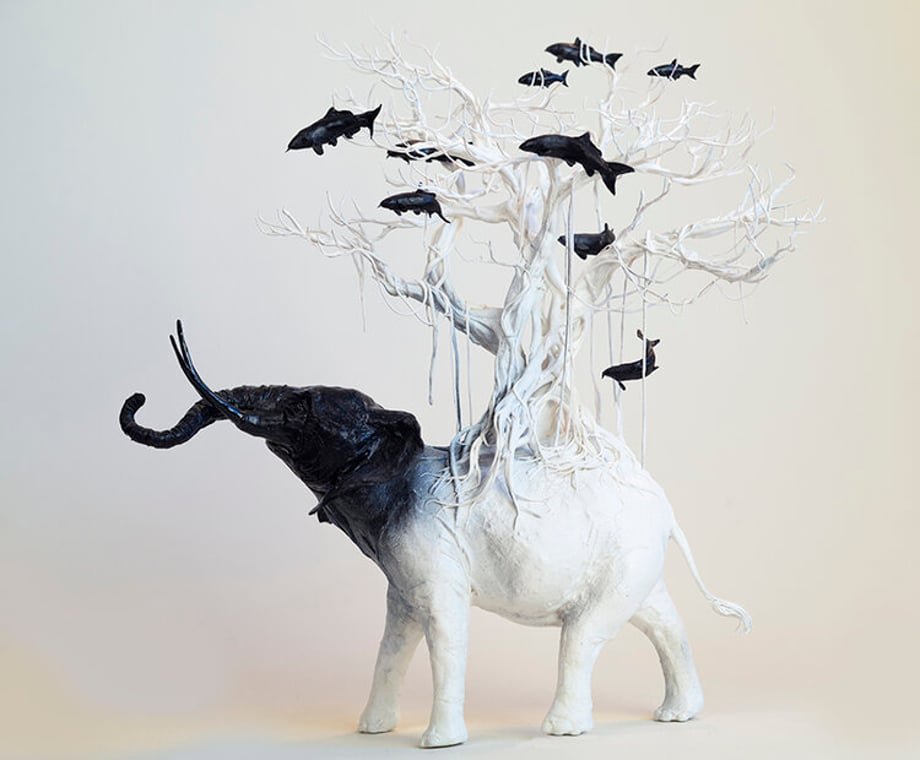 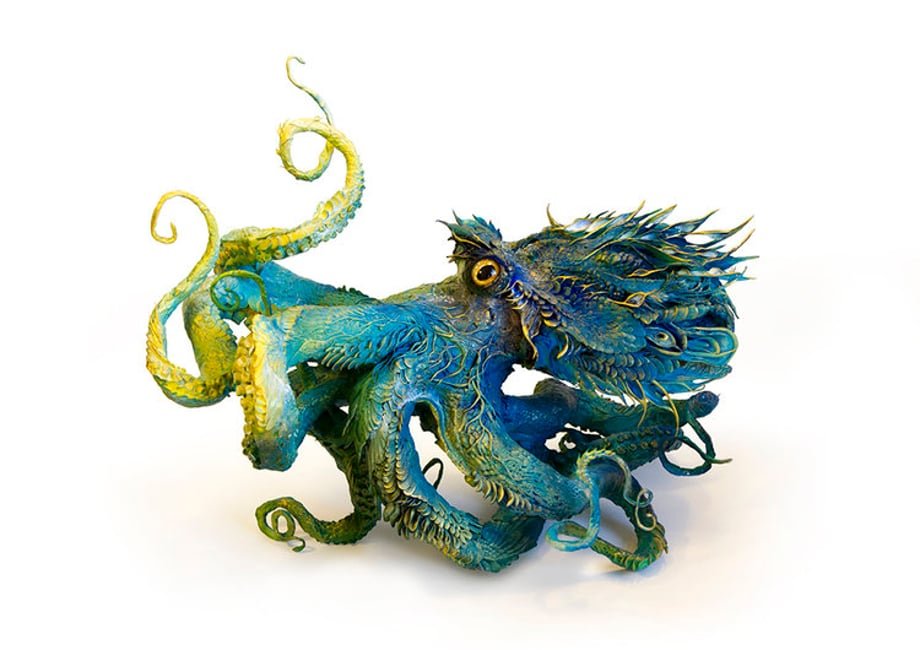