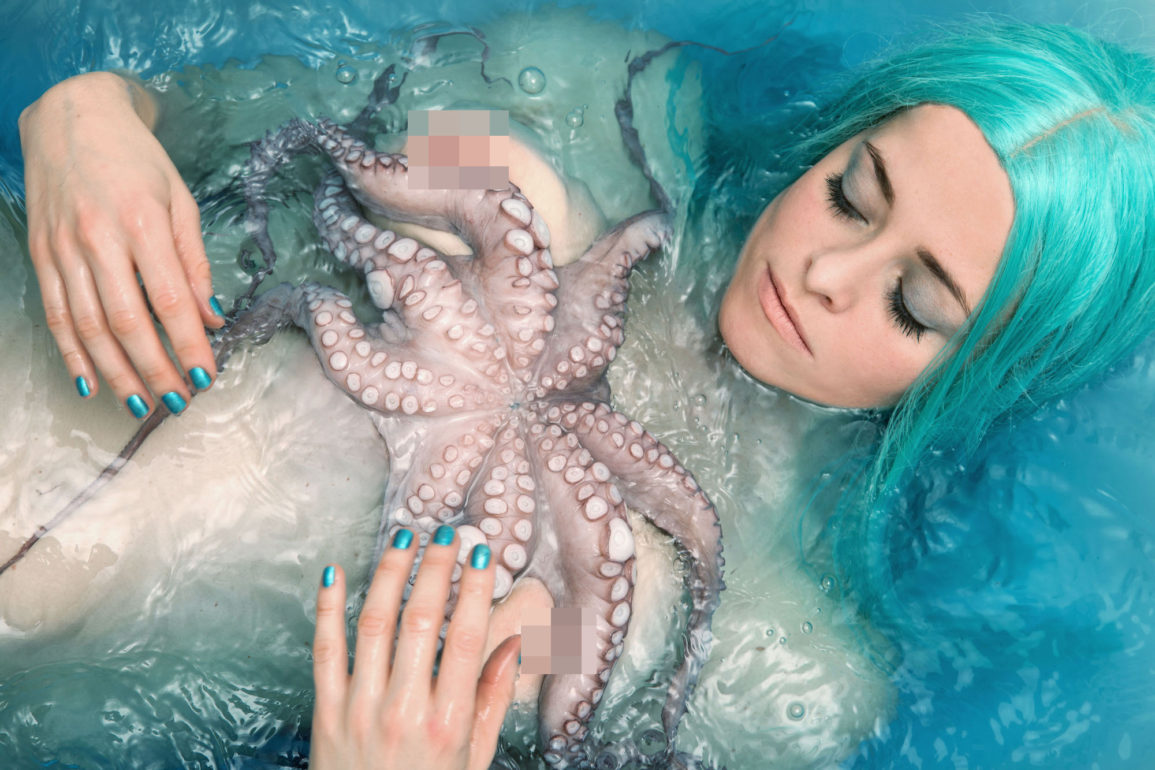 Alina Gross - Between Corporeal and Ethereal

Using the human body in an abstract manner, Alina Gross highlights the relativity of beauty and the various avenues of artistic exploration afforded by our human form. Utilising various postures in a variety of manners, the artist pushes the limits of how we think of ourselves and others.

The German is a regular feature of Vogue Portugal, Italia and Germany. Her photography functions in a crowded space, but is held aloft by both the attention to detail and the focus put on the overriding concept of each image. It’s not there just to look a certain way, but to make us think about her themes differently.

Utilising a bold palette of colours, there’s an element of neon-doused dreaminess, something very utopian and sci-fi, about her works. They’re not futuristic, per se. Rather, they’re firmly rooted in nature, with flora regularly featuring as a part of Gross’ images. These are often employed in two manners, either in tangent or individually.

Firstly, these images are highly stylized, so the bold colours and aesthetically pleasing shapes of flowers fit into her general compositional philosophy. Beyond the physicality of the flower is their symbolism, where we often see them as an extension of the female form or, in some cases, a sort of obscuring device to hint at sensuality and oneness, rather than outright sexuality. 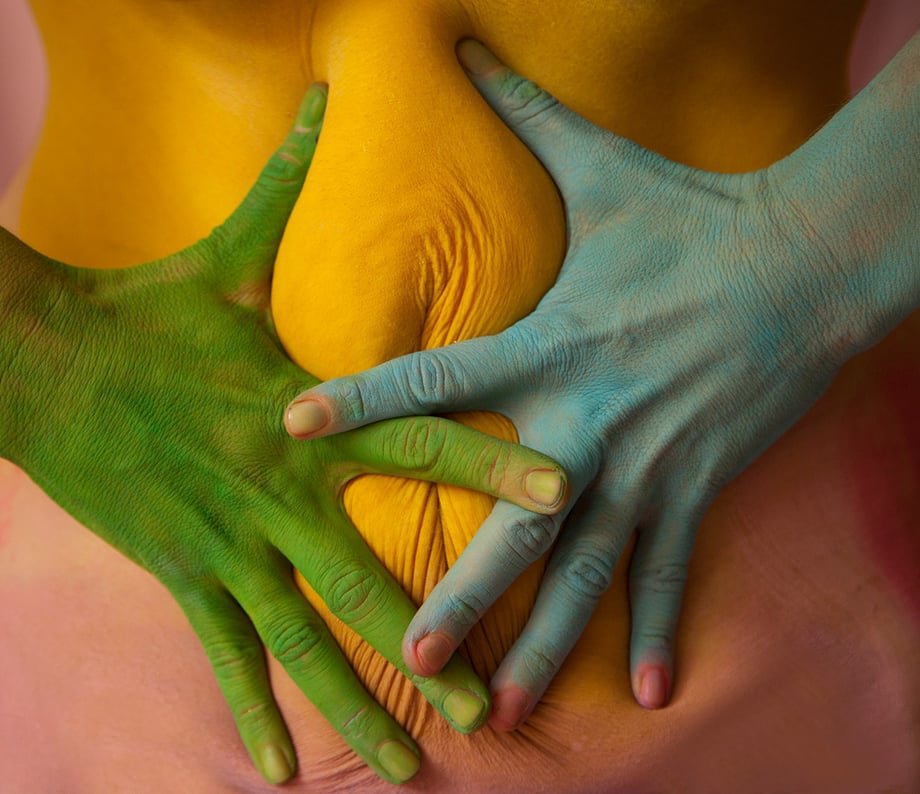 All of these tie into the concept of something divinely feminine - a holistic vision of what it means to be human, animal and organic matter in general. In essence, the photographs highlight the oneness of all that is living. More crucially, though, is that her depictions are raw. In each photograph, the subject’s bodies are displayed without anything more than the occasional splash of colour.

Opting to capture her subjects in this manner adds a layer of intimacy to each photo - both between photographer and muse, as well as the photograph itself and her audience. The artist herself stated that “I wanted to show beauty in imperfection.” Incorporating various props and compositions, Gross’ photos go beyond the warts and all portraits that are increasingly common, preferring to highlight that every body has a place within her artistic oeuvre. 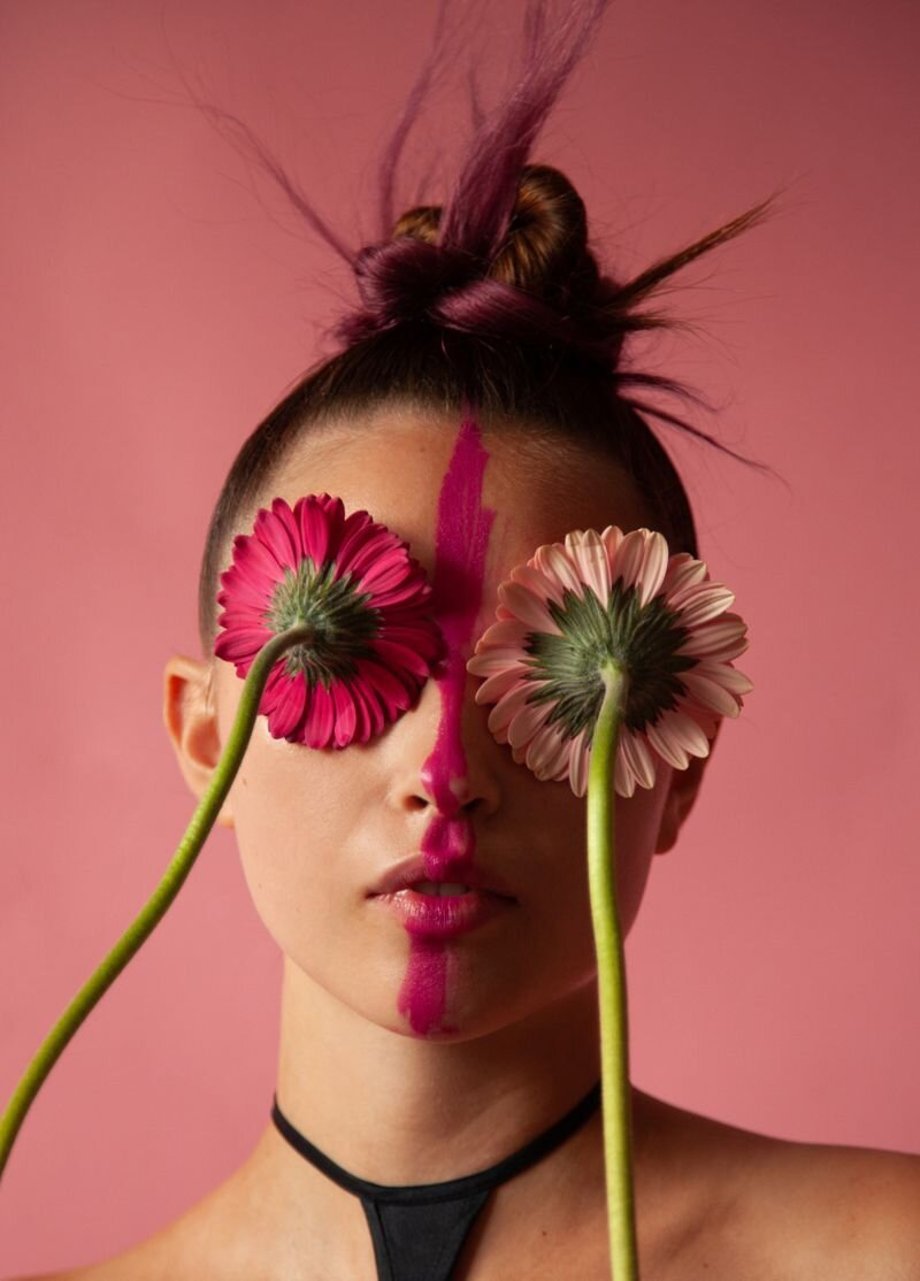 Controversially, her artistic oeuvre doesn’t have a place everywhere. In 2020, Instagram entirely deleted her profile, due to the contents of her images. Although she has since expressed the paradoxical nature of her relationship to Instagram - that she at once doesn’t care too much for it whilst also knowing that it’s an integral part of promoting photographic work to the world - it is undoubtedly impactful to a contemporary artist’s career.

There’s also an element of hypocrisy on Instagram’s part. There’s a lot of provocative content still thriving on the platform. What defines content that can get banned and what can live there seems to be a shifting boundary. She’s back now, though, and her work has continually been refined since that time - growing ever more confident in its own skin. 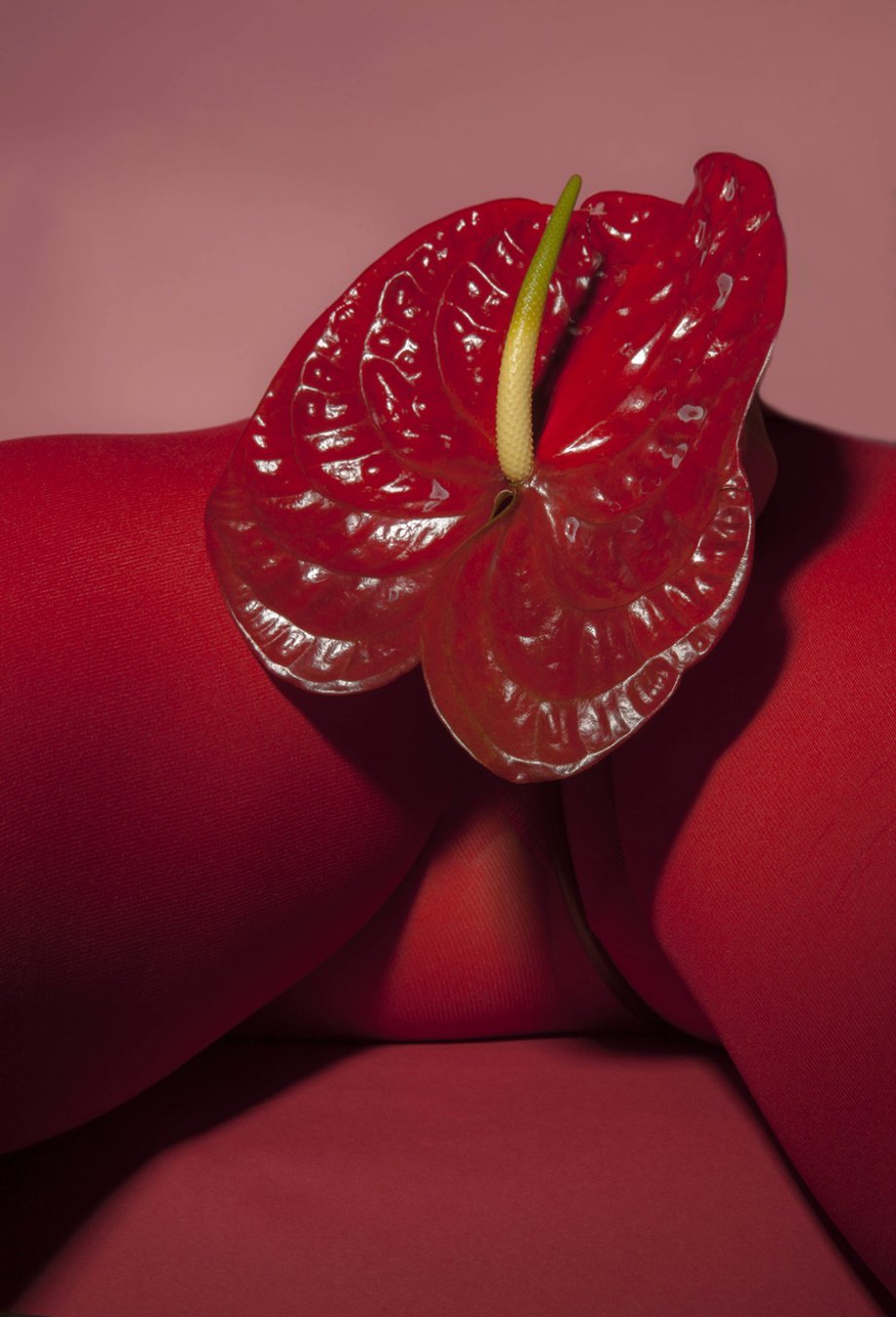 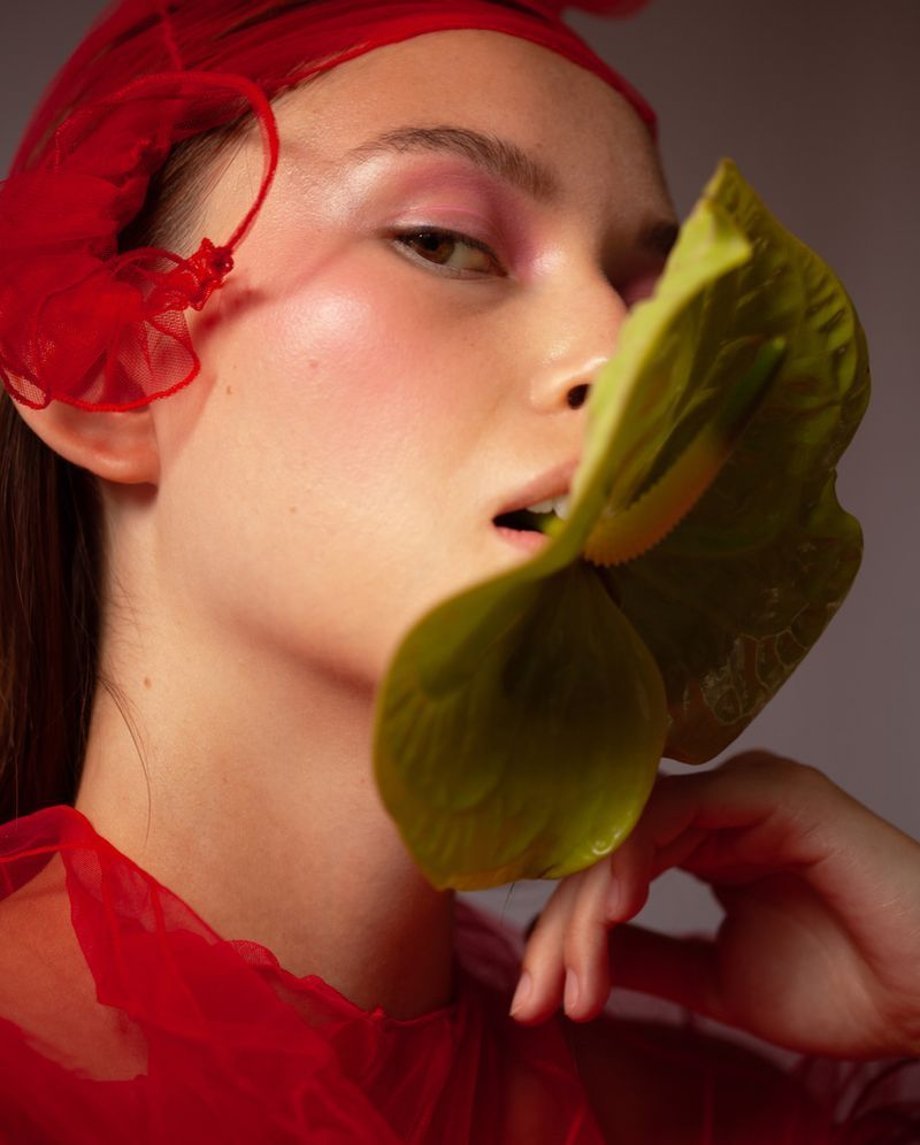 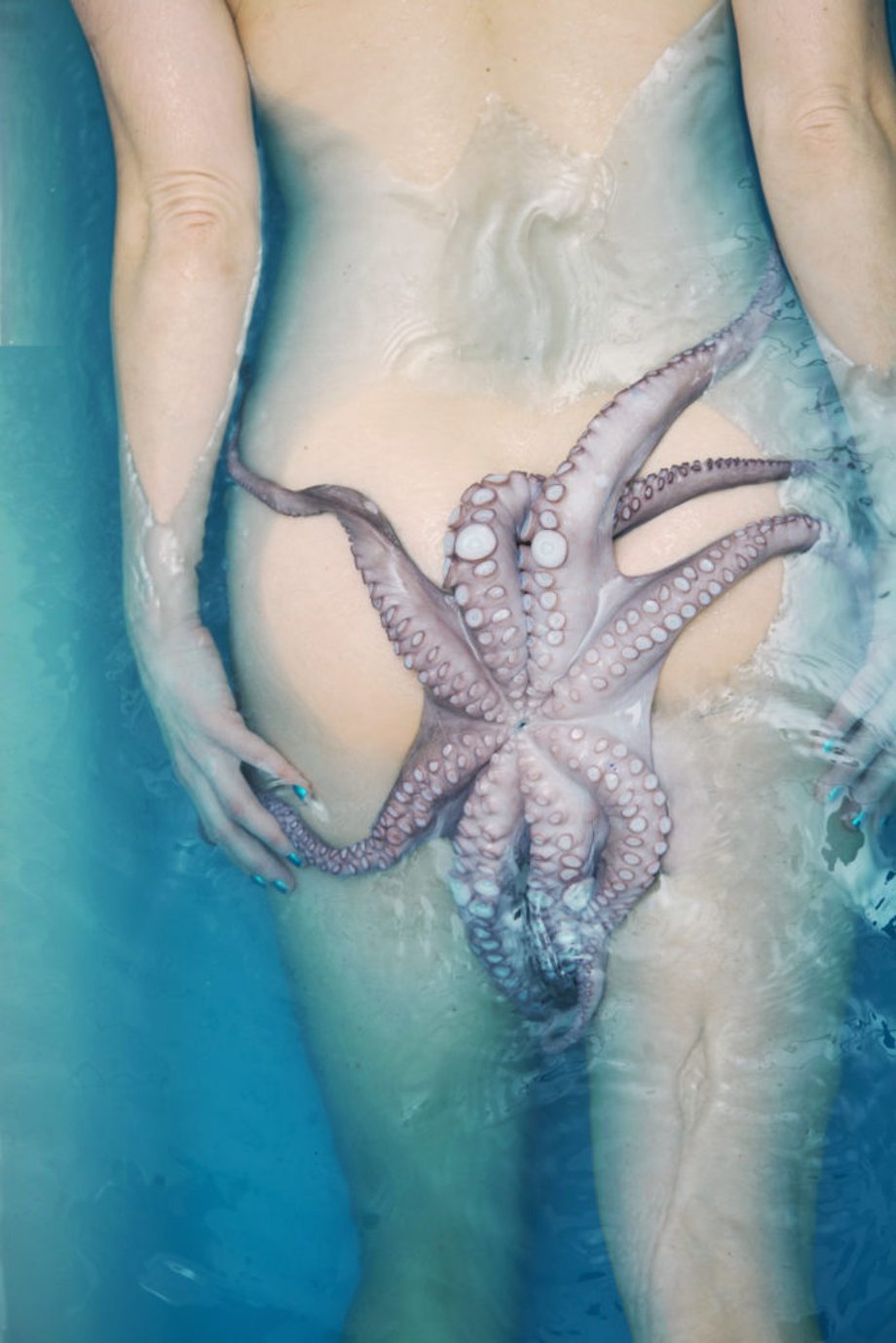 July 15, 2022
With A Pencil In Hand - Connected By Lust
All is fair in love and lust.
Compulsive Contents

June 3, 2022
Antonio Barahona - The Luscious Lives of Plants
The luscious life of a plant in Seville.
Edd Norval